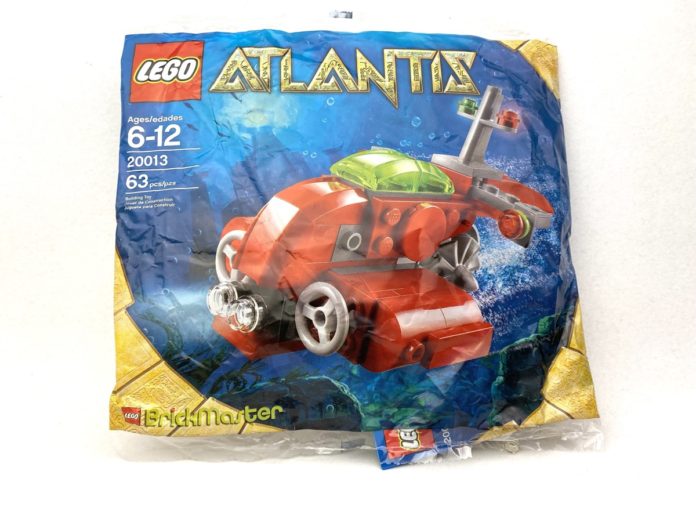 LEGO Atlantis. Another one and done theme where minifigs attack anything that isn’t a minifig. I bought a couple of sets back when the theme launched and target had them all marked at 50% off for some reason. They were nothing spectacular or memorable but there was one in particular that I really liked which was the large 8075 Neptune Carrier set. Today’s polybag, 20013 Mini Neptune Carrier, was a mini version of it released through the Brickmaster program. It’s a fine mini of a fine set. 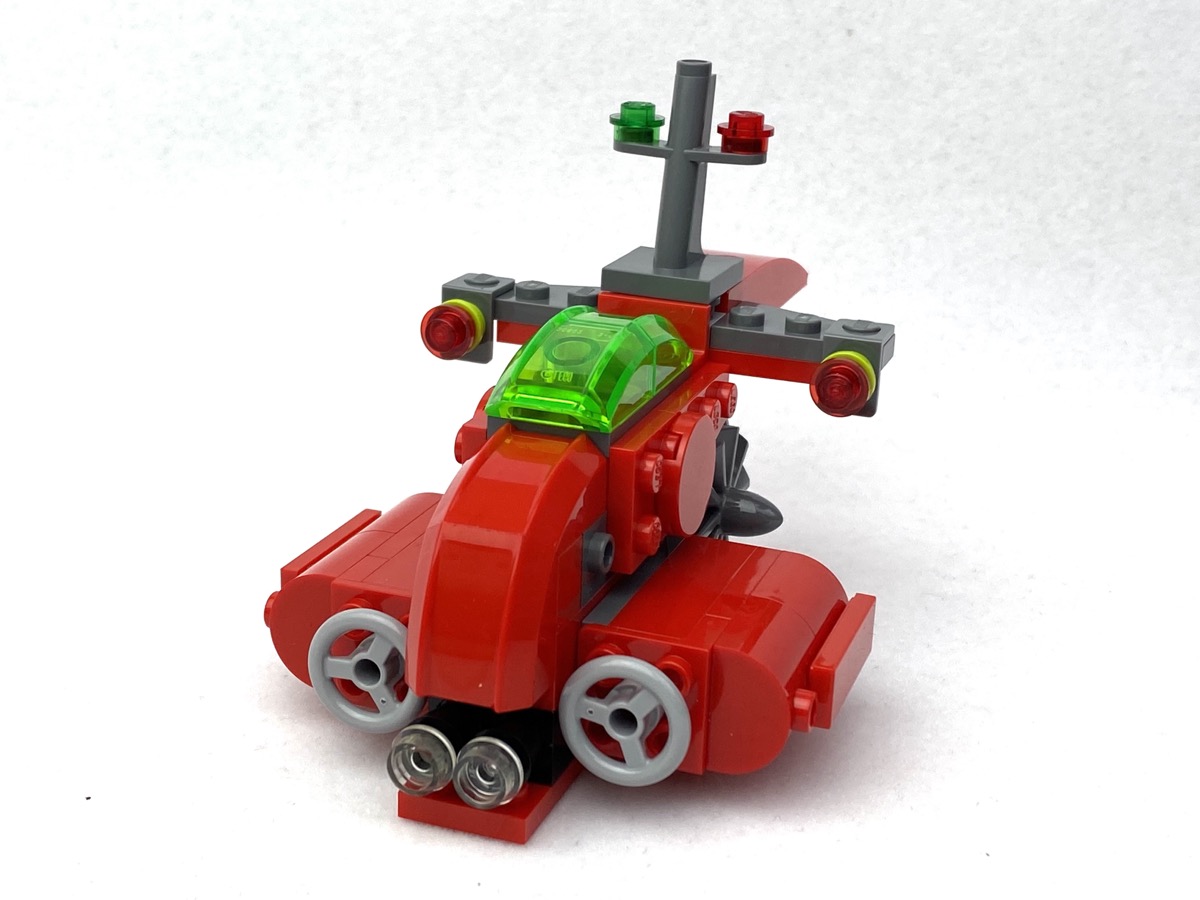 The Neptune Carrier has such a unique shape. It kind of looked like a large nose in a way. The mini does a bang up job recreating it in a smaller form factor. 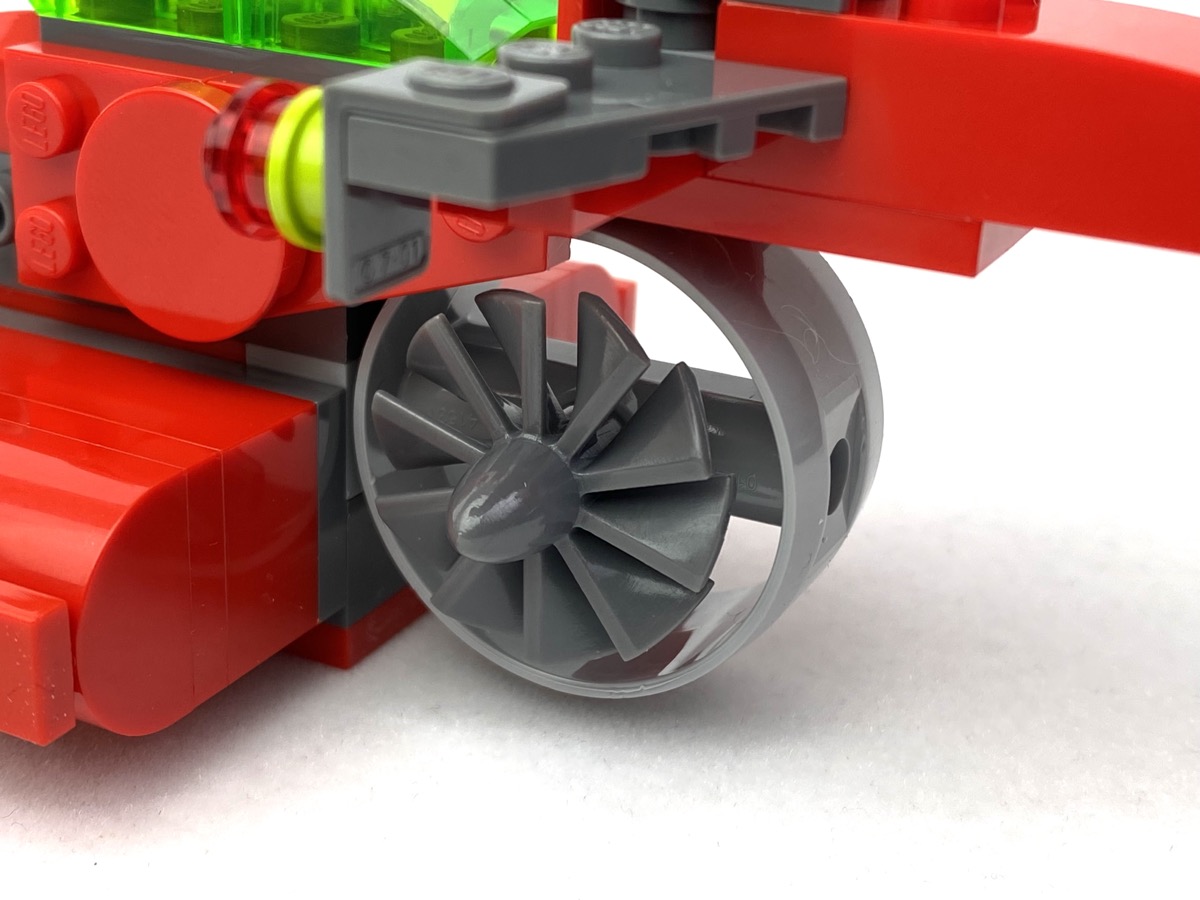 There’s the large sideways-facing propeller. It was an odd feature from the original and while the propeller is a bit offset from the center line, it’s the best that could be done at this scale. 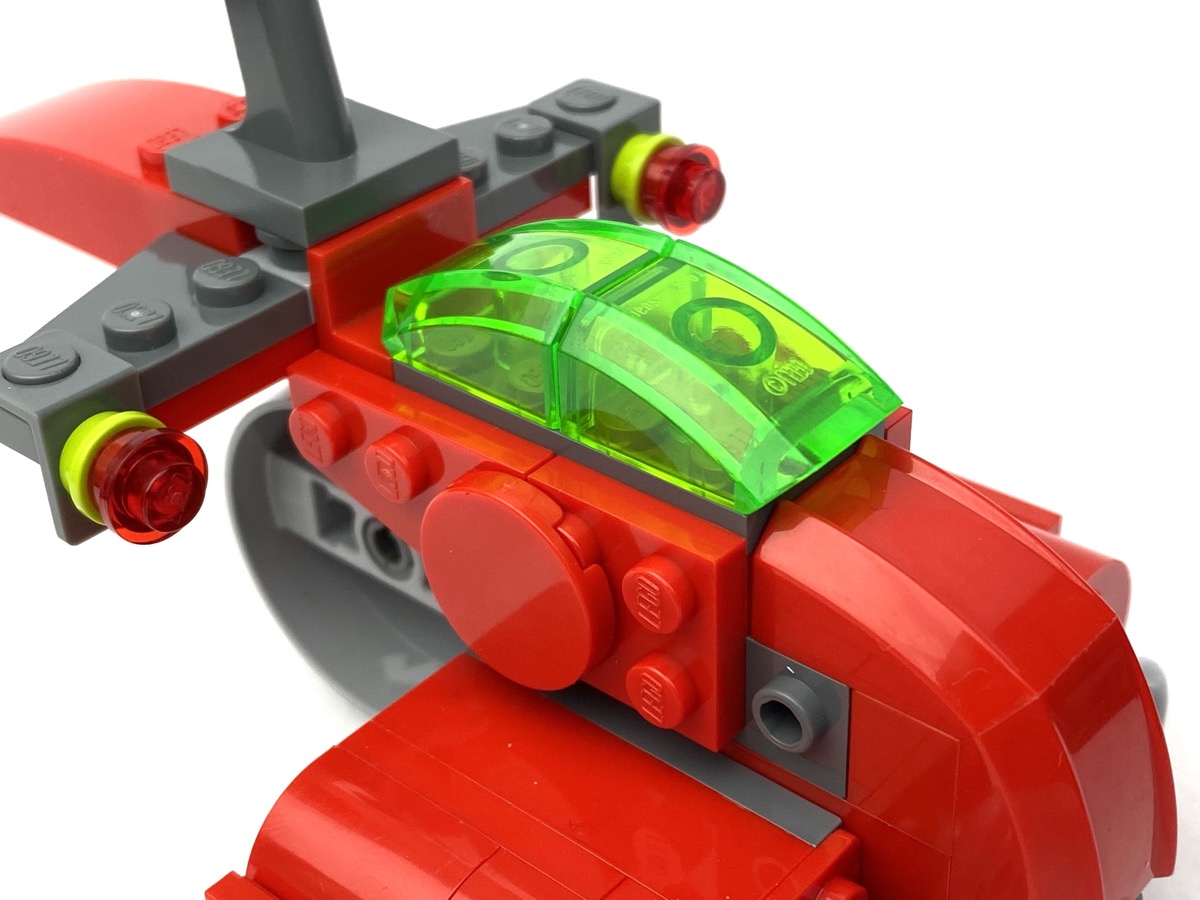 The transparent green cockpit is recreated up top. 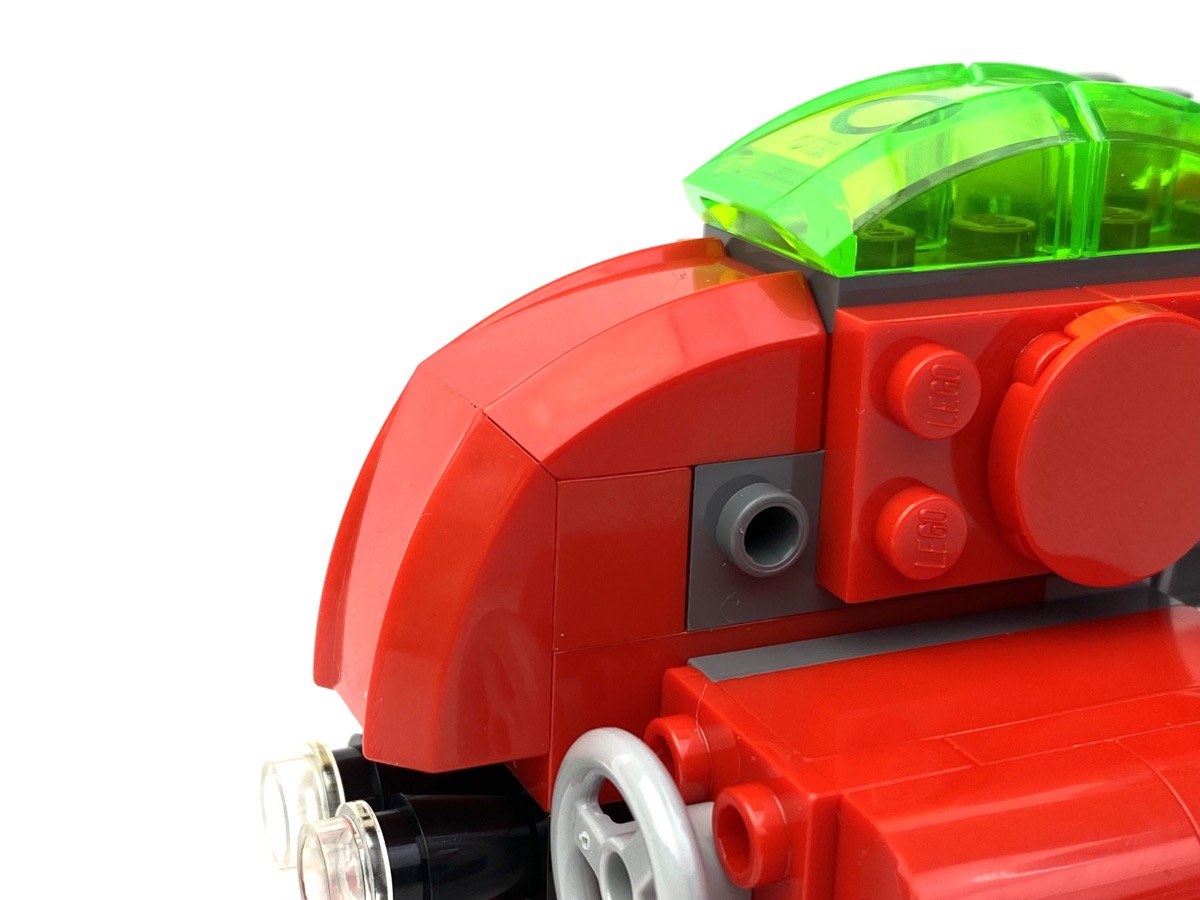 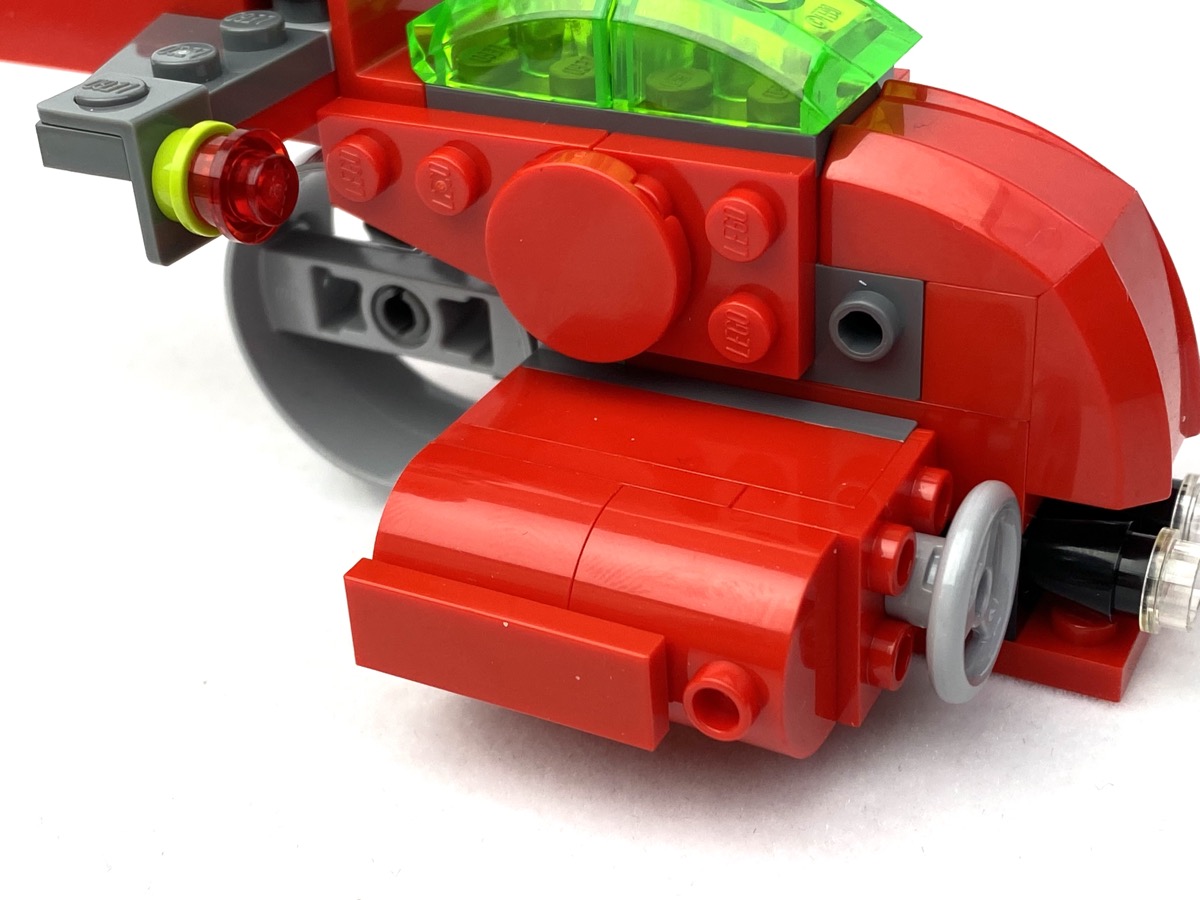 The panels on the side as well as the large engine housings on either side of the Carrier, the nostrils, are snotted on as well. 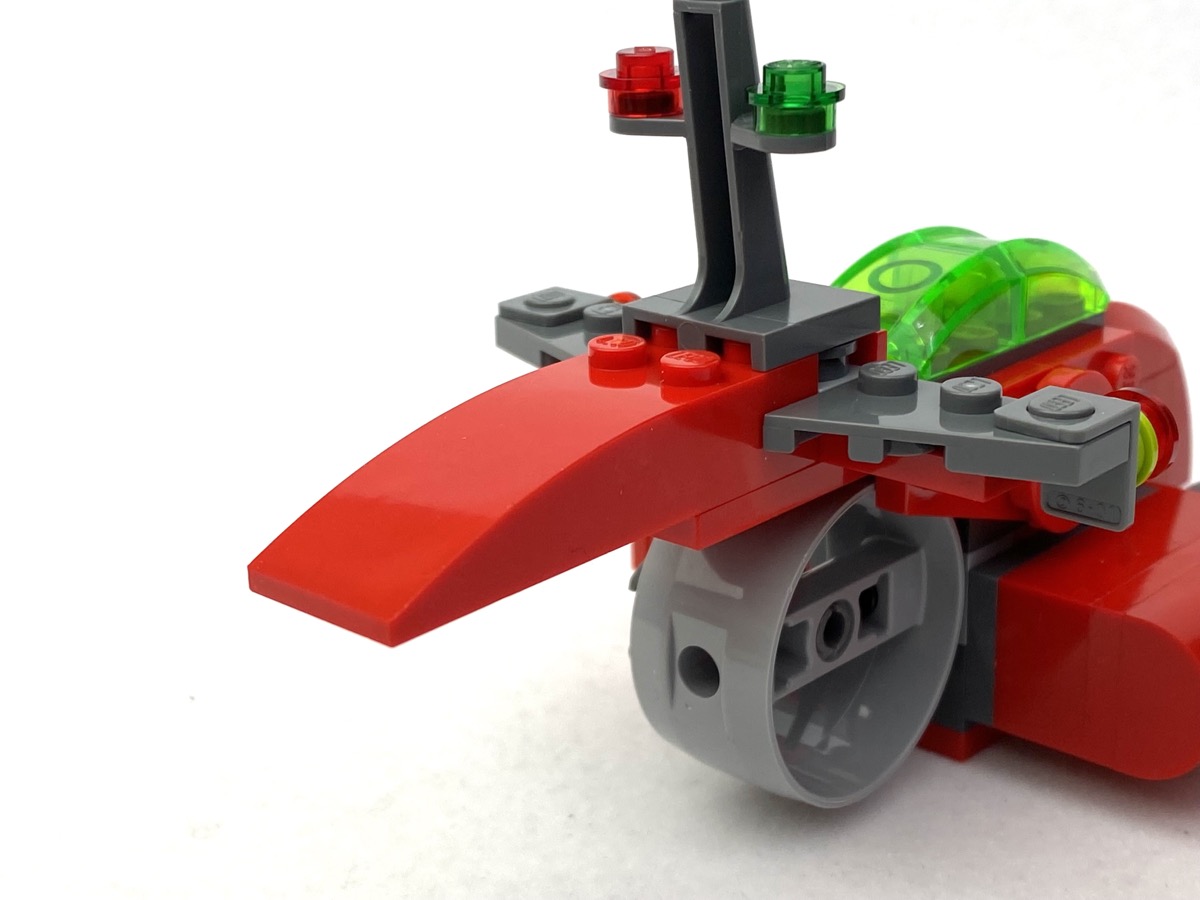 The large slope that’s on the back of the ship is perfect for a hand hold to swoosh it around. I guess swoosh wouldn’t be the right verb but I can’t think of the sound a submarine would make.

This set rocks! It gets a thumbs up and only because I really liked the source material, the larger set 8075 Neptune Carrier. Which makes sense right? I can’t imagine liking a mini version of a sucky set. Anyways, the mini Neptune Carrier feels hefty and substantial, on par with all of the other Brickmaster sets we’ve reviewed to date.