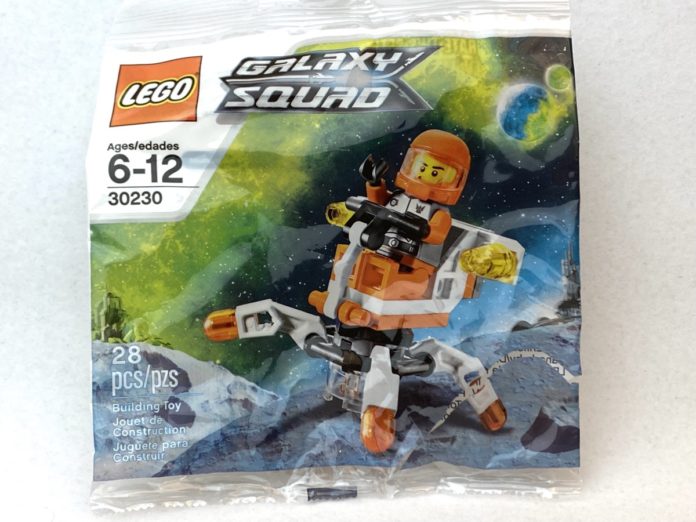 I always saw Galaxy Squad as LEGO’s rendition of Starship Troopers. Such a fun theme. And today’s polybag, 30230 Mini Mech, is one of those slice-o-life kind of sets. I can imagine someone buying a bunch of these guys as front line cannon fodder because they would totally be used for that. 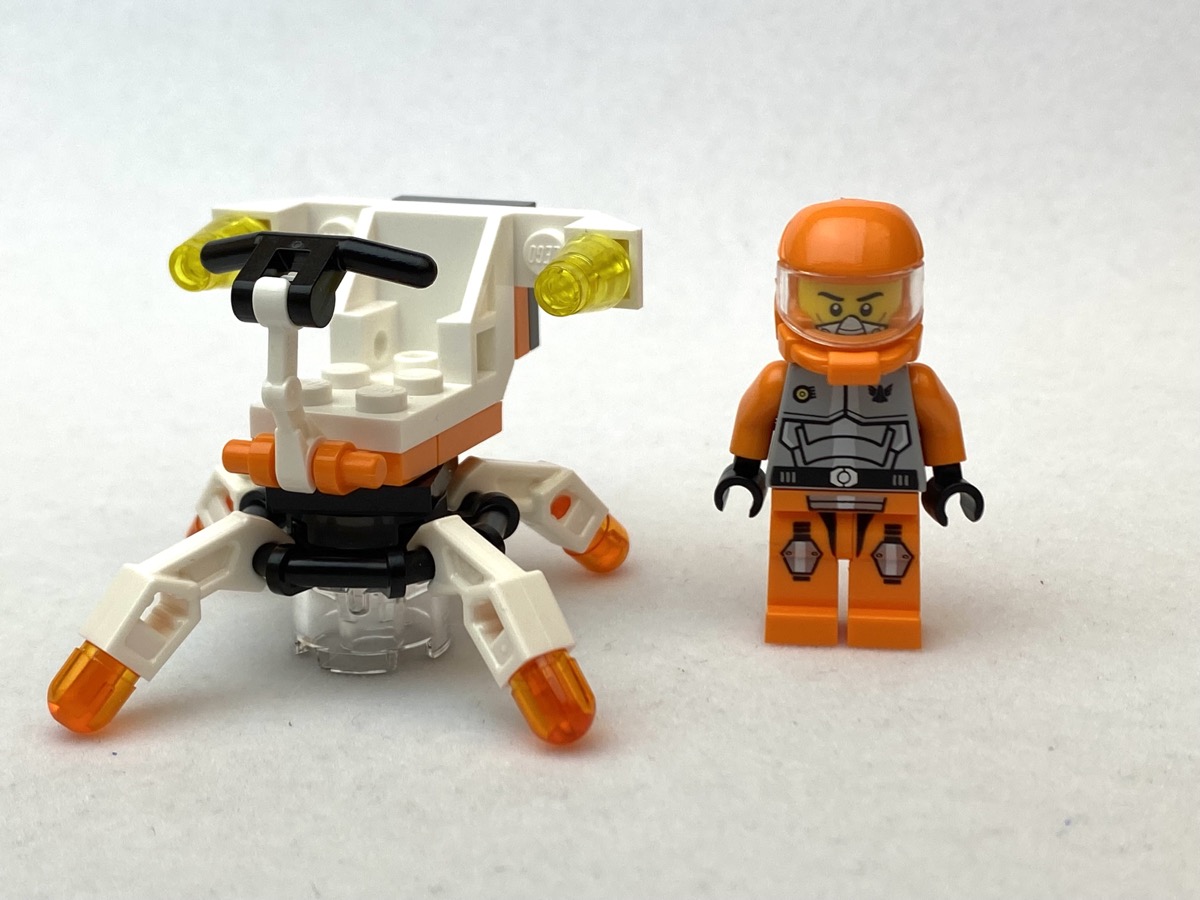 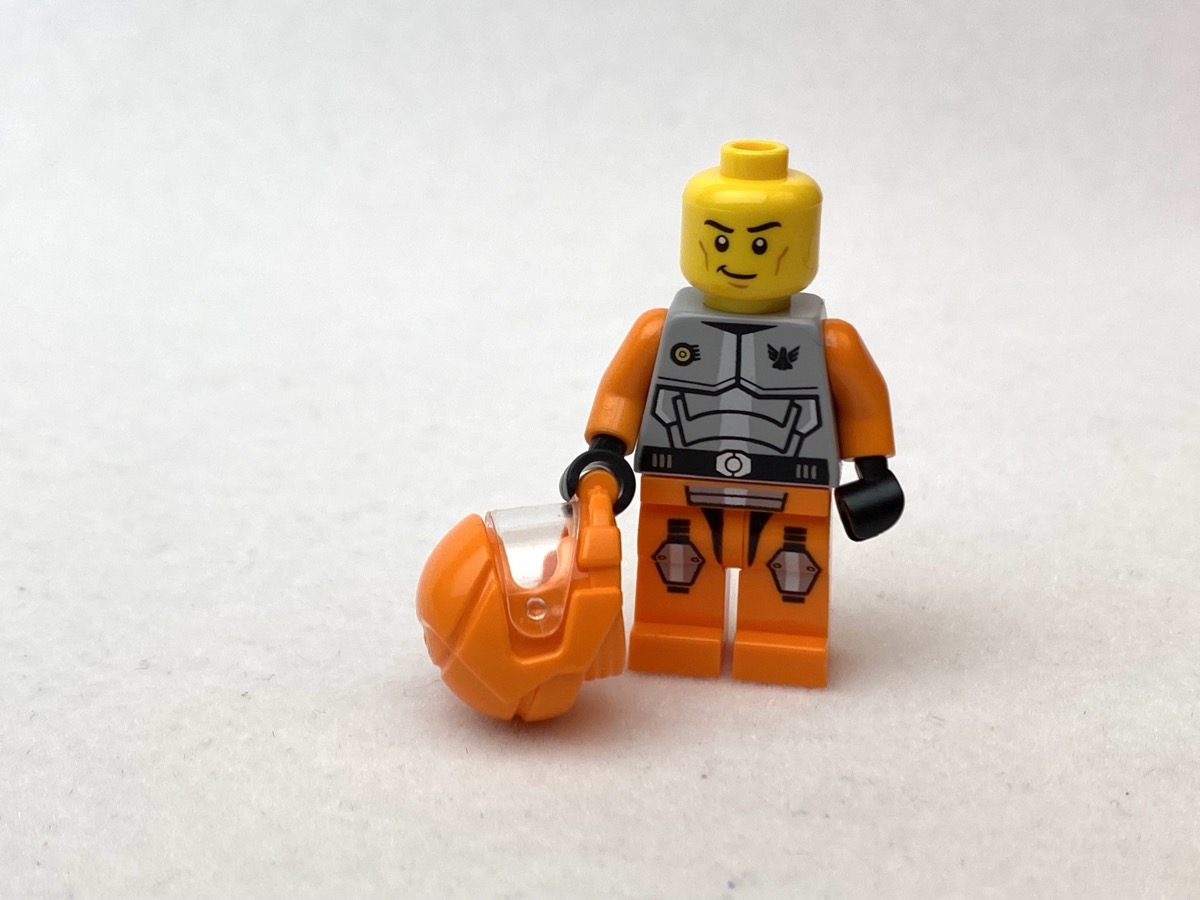 Not unique to this set, but there’s gotta be, like, grunts that need uniforms right? Right, so army building with orange guys from this polybag is the way to go. 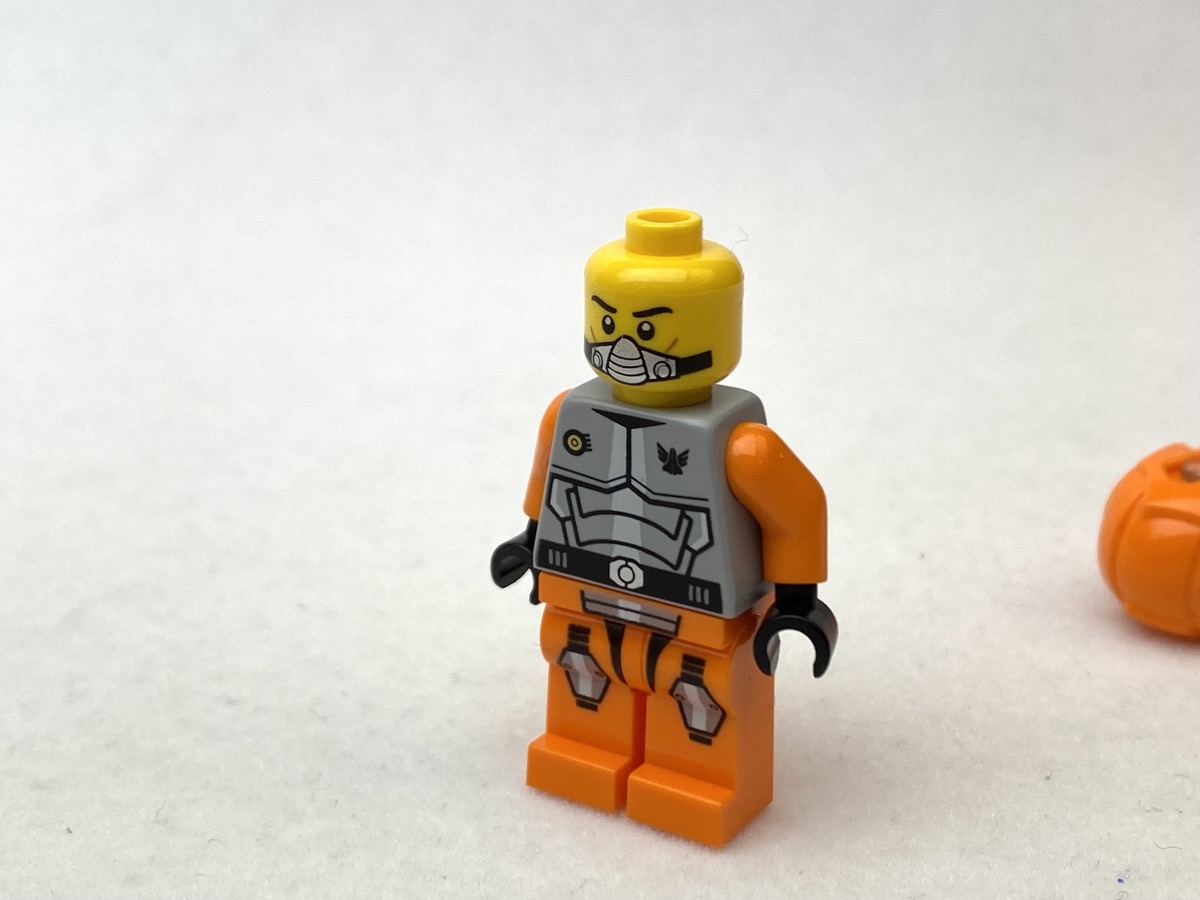 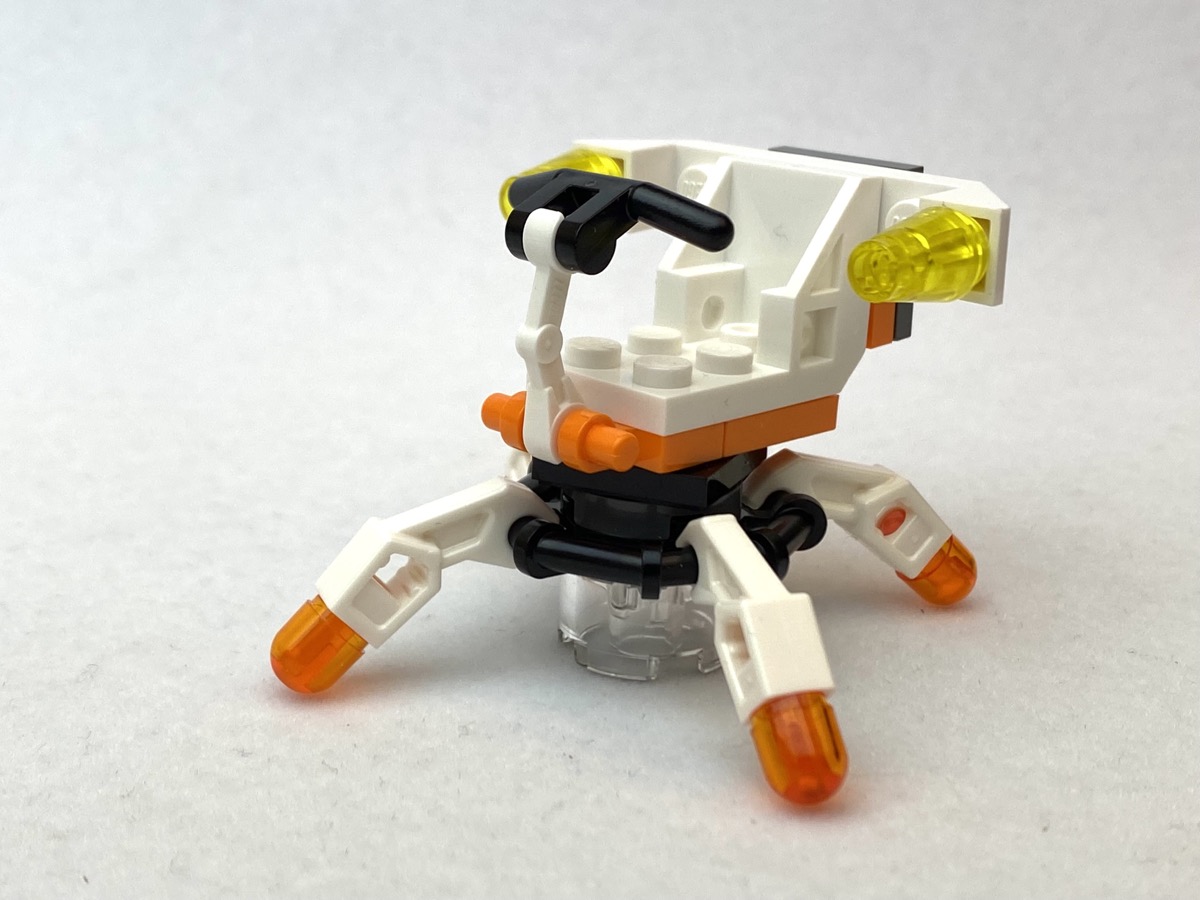 The mini mech is a fairly simple affair. It’s a four-legged ride in primarily white and orange colors. 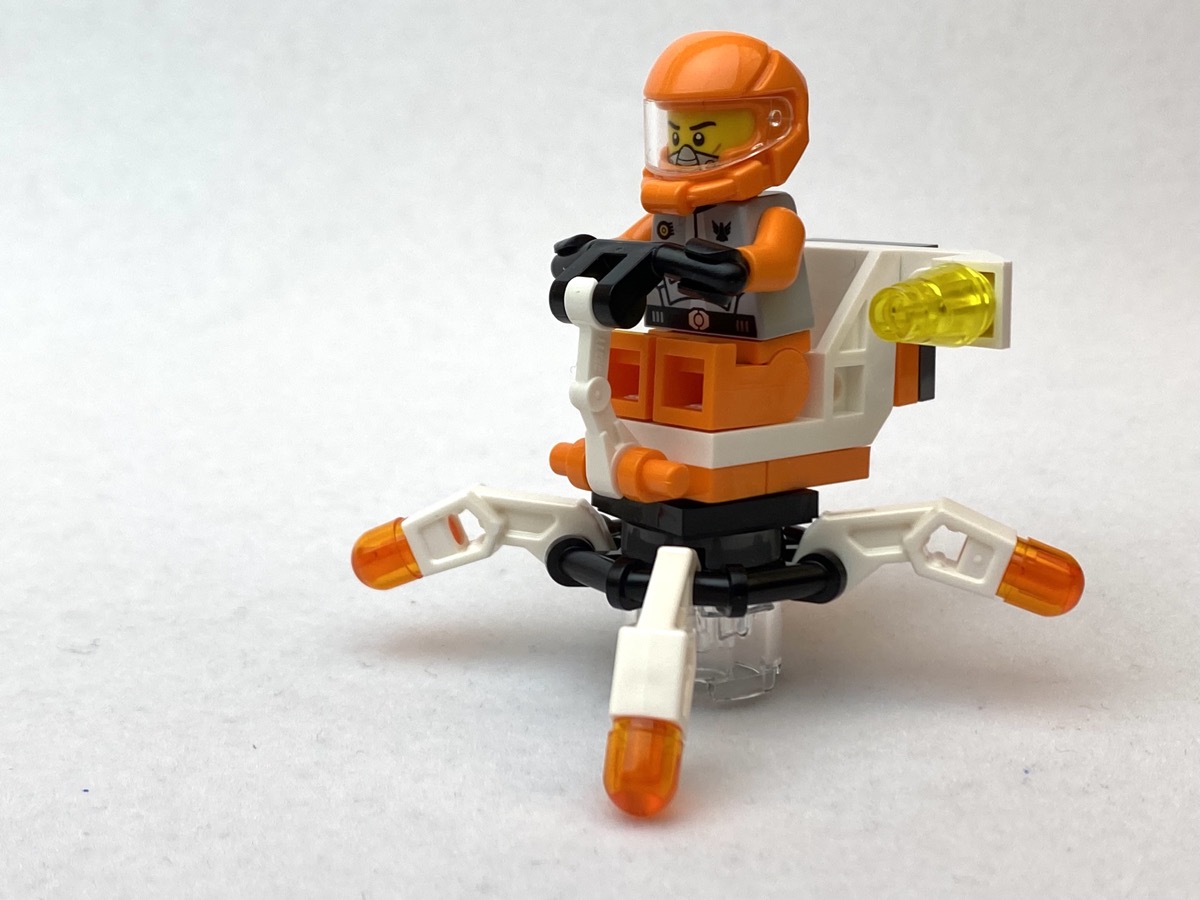 The legs can be articulated and posed thanks to the clear 2×2 round brick that serves as the ‘invisible’ base. The chair swivels on a 2×2 turntable. An unnecessary feature but it does add slightly more play value. 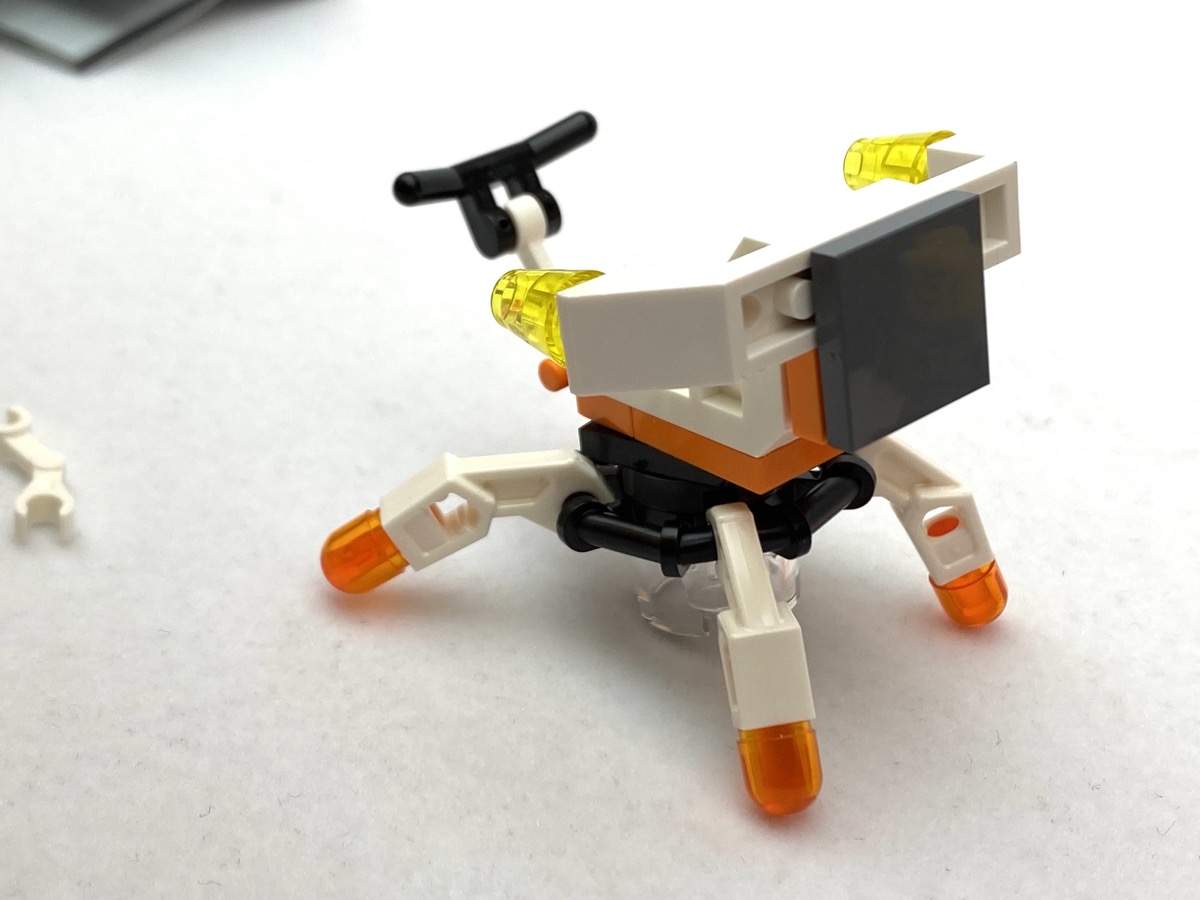 A set of 2×2 cones act as the mech’s weapons systems mounted on the back of the seat.

This set rocks! Like I said having a bunch of these take on a big alien bug machine wouldn’t seem out of place for the theme and is almost begging to be done. Well, was almost begging to be done, because this theme is almost a decade old at this point and something like that would be much harder to do. Anyways, it’s a nice little set that complements the theme nicely.