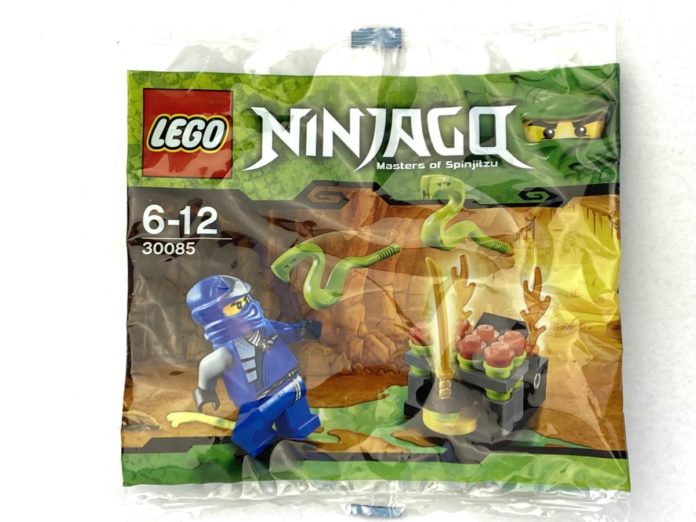 Even on a holiday, the poybag review train keeps on trucking. 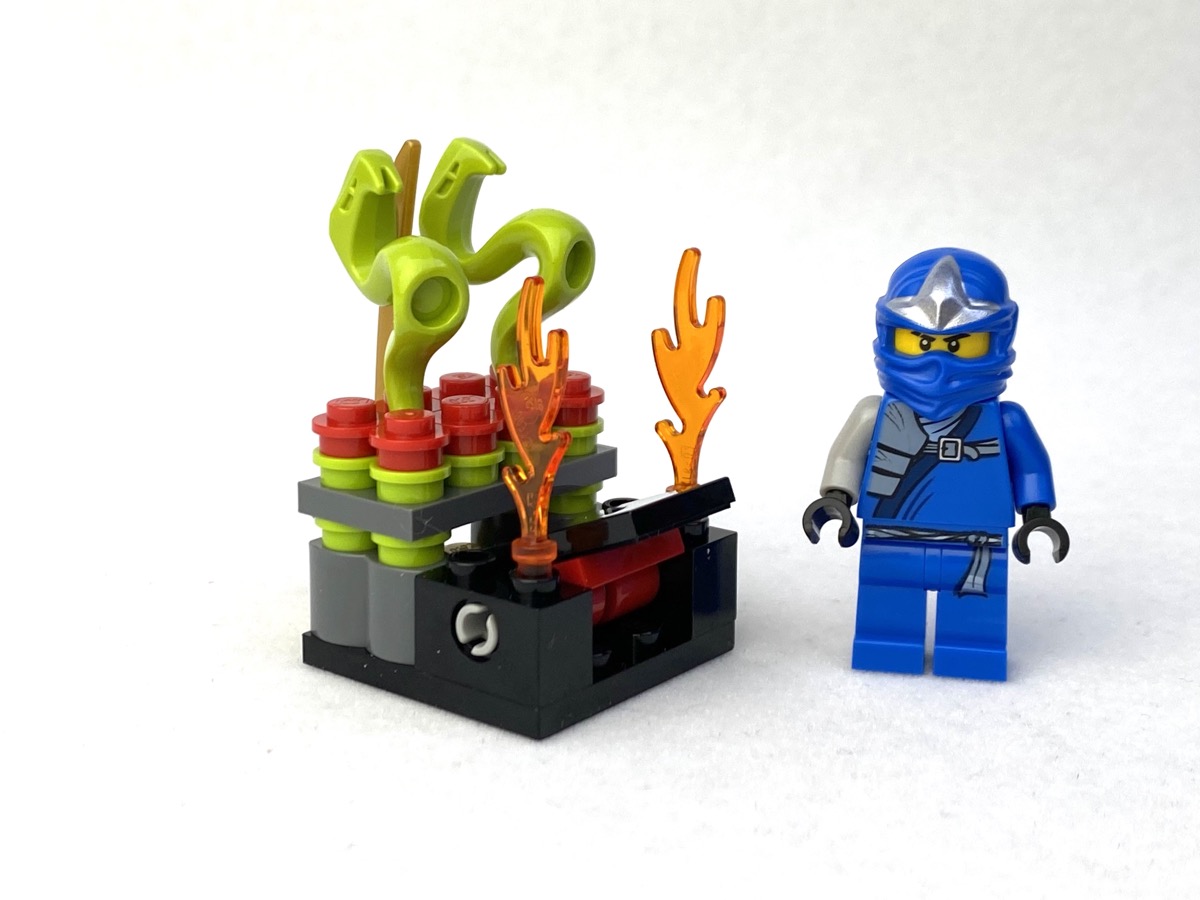 Today’s polybag, 30085 Jumping Snakes, was another one of the newspaper voucher free sets from the UK just like last week’s adorable LEGO Pharoah’s 30090 Quest set, Desert Glider. It was later available in the U.S. at some point so if you lived in the states and was into Ninjago around that time, you probably could have picked this set up fairly easily and cheaply.

Not that you’d have any reason to seek this out other than it being free in the UK. While the aforementioned Desert Glider was just a fun little set, I can’t really say the same for Jumping Snakes.

The gimmick here is that there is a lever that when tapped on, should launch some snakes at Jay ZX. If you tap hard enough it does work, but the snakes just go up and out in random directions, certainly not in anyway that can be aimed at Jay ZX. The package has him dodging this snake trap Indiana Jones style to get to the sacred sword but there’s very little of that happening. 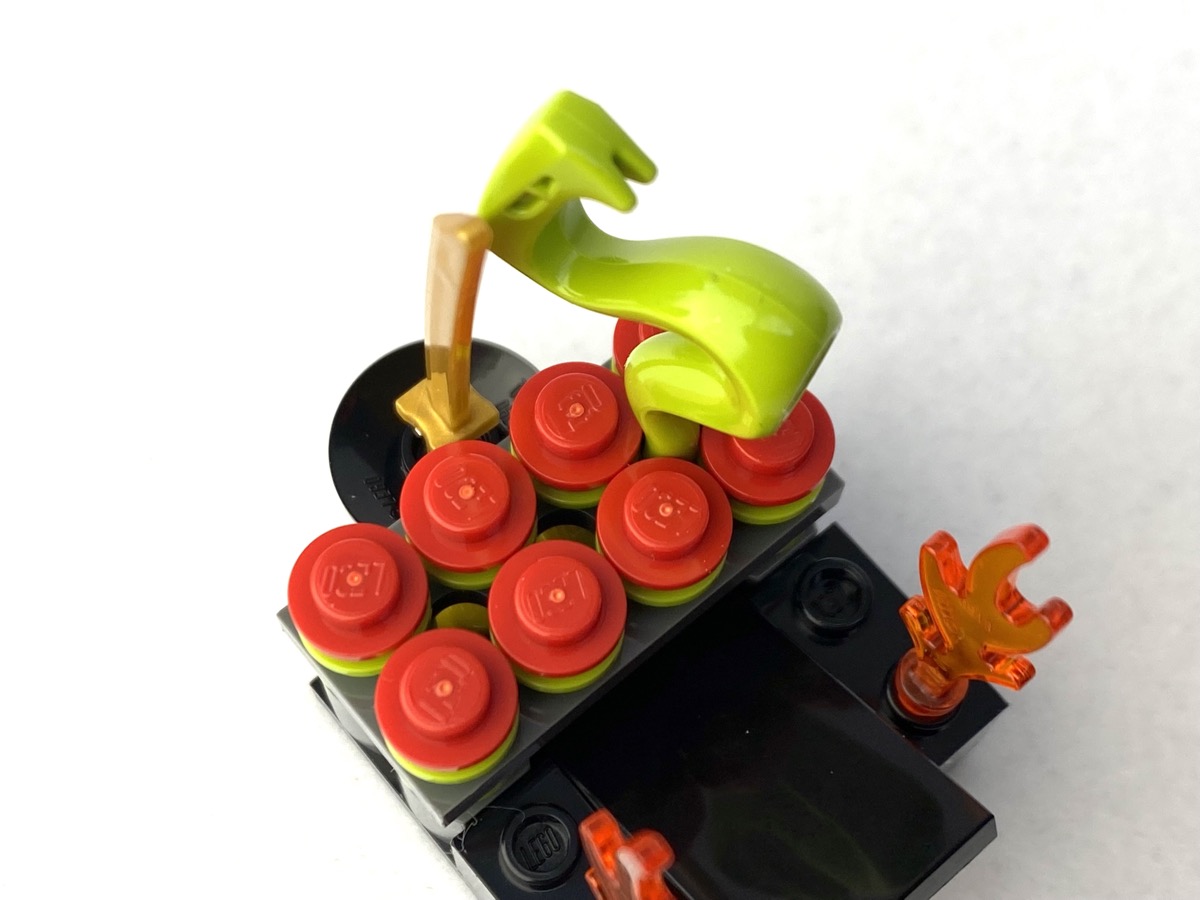 The biggest takeaway for me though, is how the whole thing even works. It uses a 2×4 Technic plate. This plate has holes between the studs. Two additional layers of 1×1 round plates are added on top and there is just enough clearance between the round plates for the tail of the snake to go in between them all the through the holes in the Technic plate. Below that is the simple lever used to launch the snakes up from the bottom.

The Jay ZX minifigure isn’t unique to this set. He was only available in one other set though, so if you’re only into getting the minifigs, this would have been a cheap and easy way to get it. The cowl is very Power Rangers and the overall detailing of the actual minifig is pretty nice. Despite that though, I’m not into Ninjago, so looking at this set as a whole, it doesn’t really move the needle for me.

This set rocks! So while the actual action feature of 30085 Jumping Snakes fails to put Jay ZX in any sort of danger, being able to launch the snakes at all was a bit of an achievement. The geometry lesson was a neat thing to discover. I’m teetering on my rating here but will have to lean towards a thumbs up. I normally would have given such an un-exciting set a thumbs down, but I can’t deny that it did teach me something and that, in my book, is enough to be worth the cost of the set.