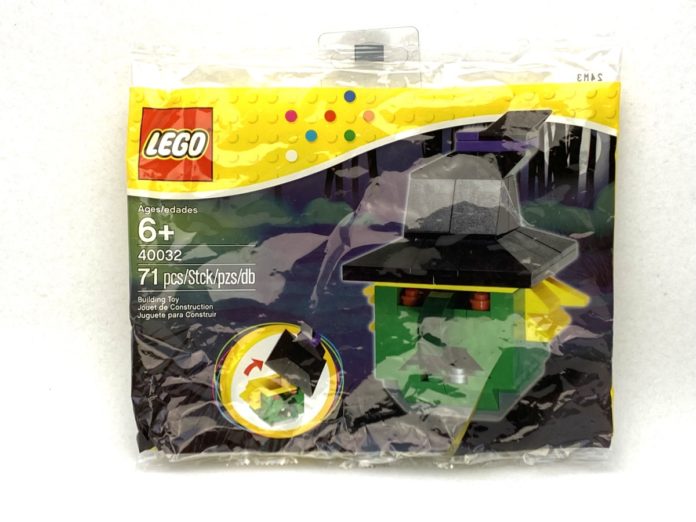 Speaking of sets that can hide a wedding ring, today’s set, 40032 Witch, is one of those sets. The witch’s hat pops off to reveal a hidden compartment inside the head. I say hidden with air quotes though because the witch’s mouth is open and you can kind of peak at the goods inside. 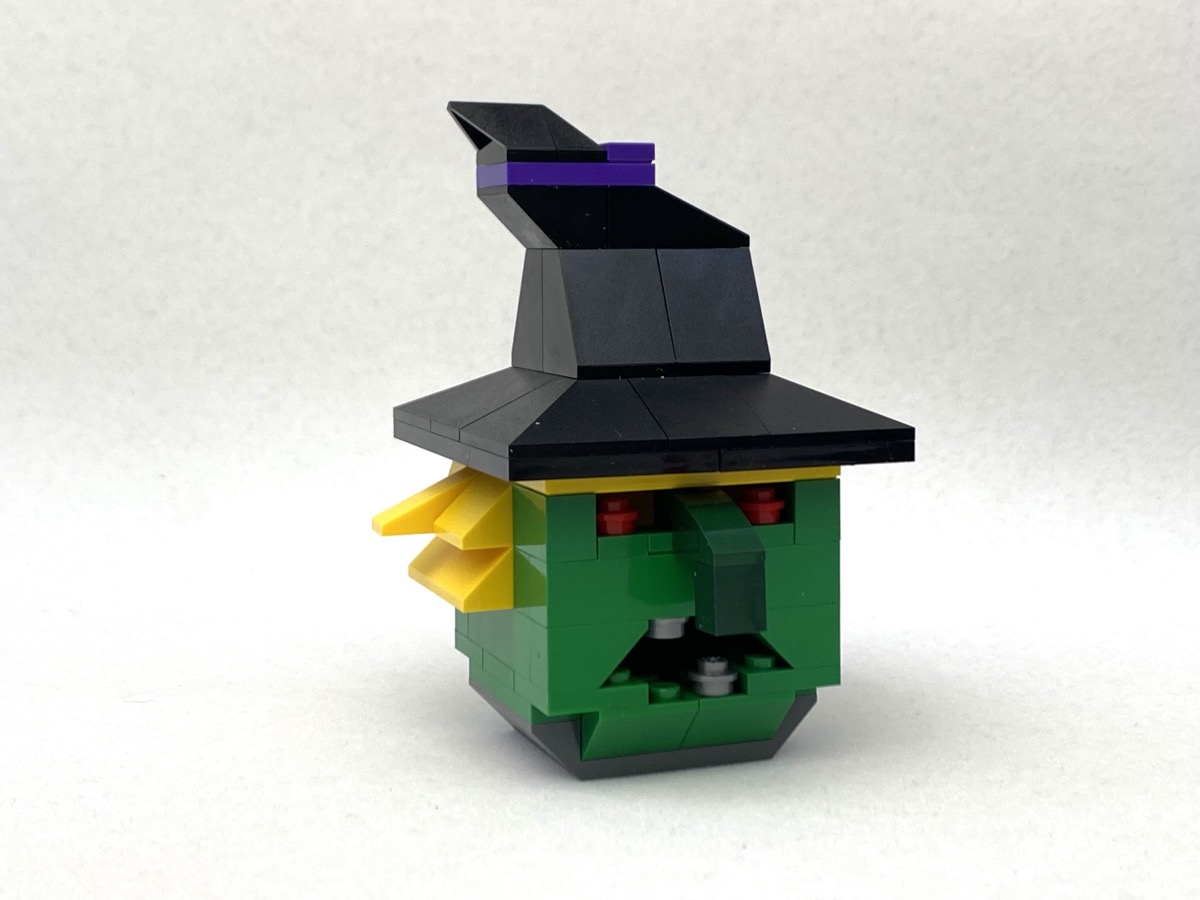 The hollow head that doubles as storage is the gimmick here, the main draw. Because I can’t imagine it’s for the aesthetics. 40032 Witch came out in the 2012 but it honestly looks like it should have been released in the ’90’s. 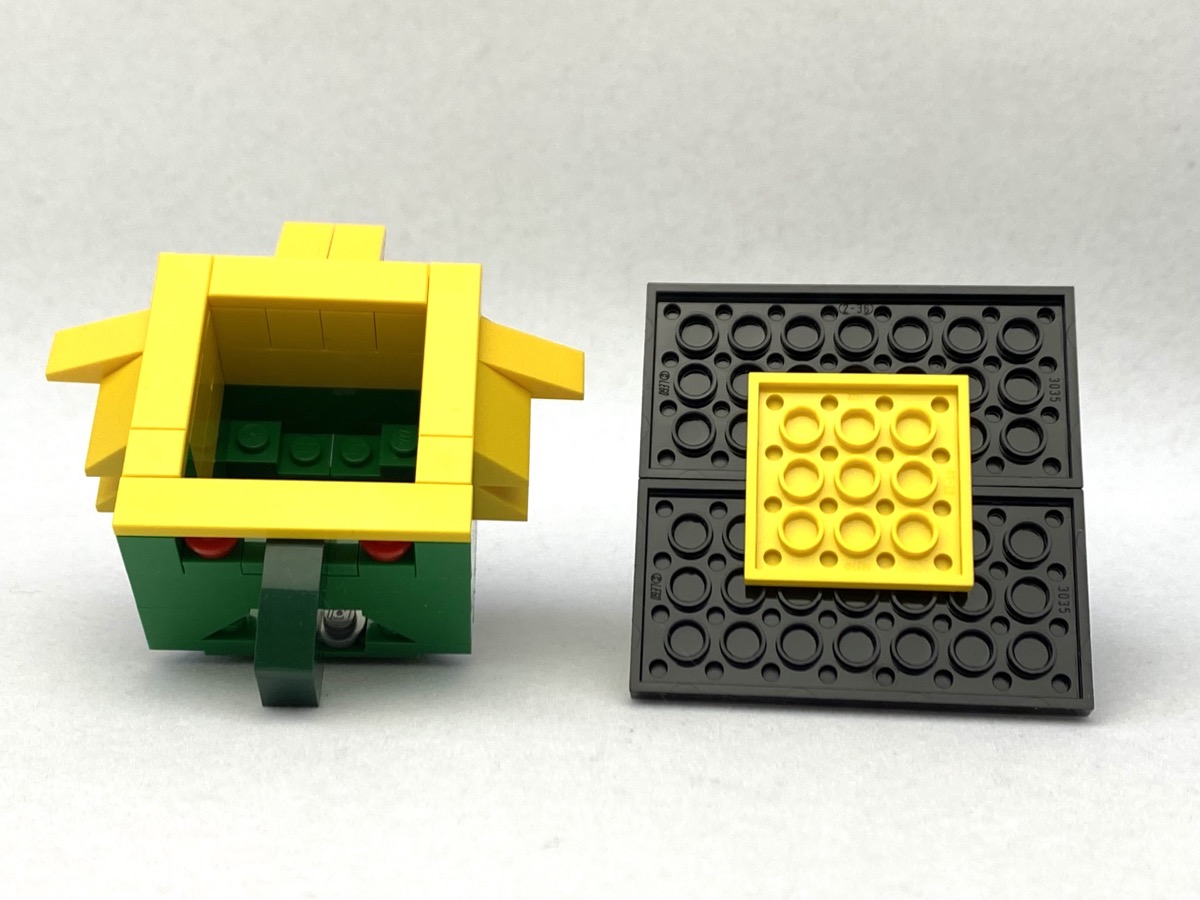 It’s basically a square box built to look like a witch’s head with green skin, a hook nose, messed up teeth, and a big witch’s hat. There’s a square plate on the bottom of the hat to fit snugly within the square tiles around the top of the head. I don’t know what anyone would want to put in here. Halloween candy? 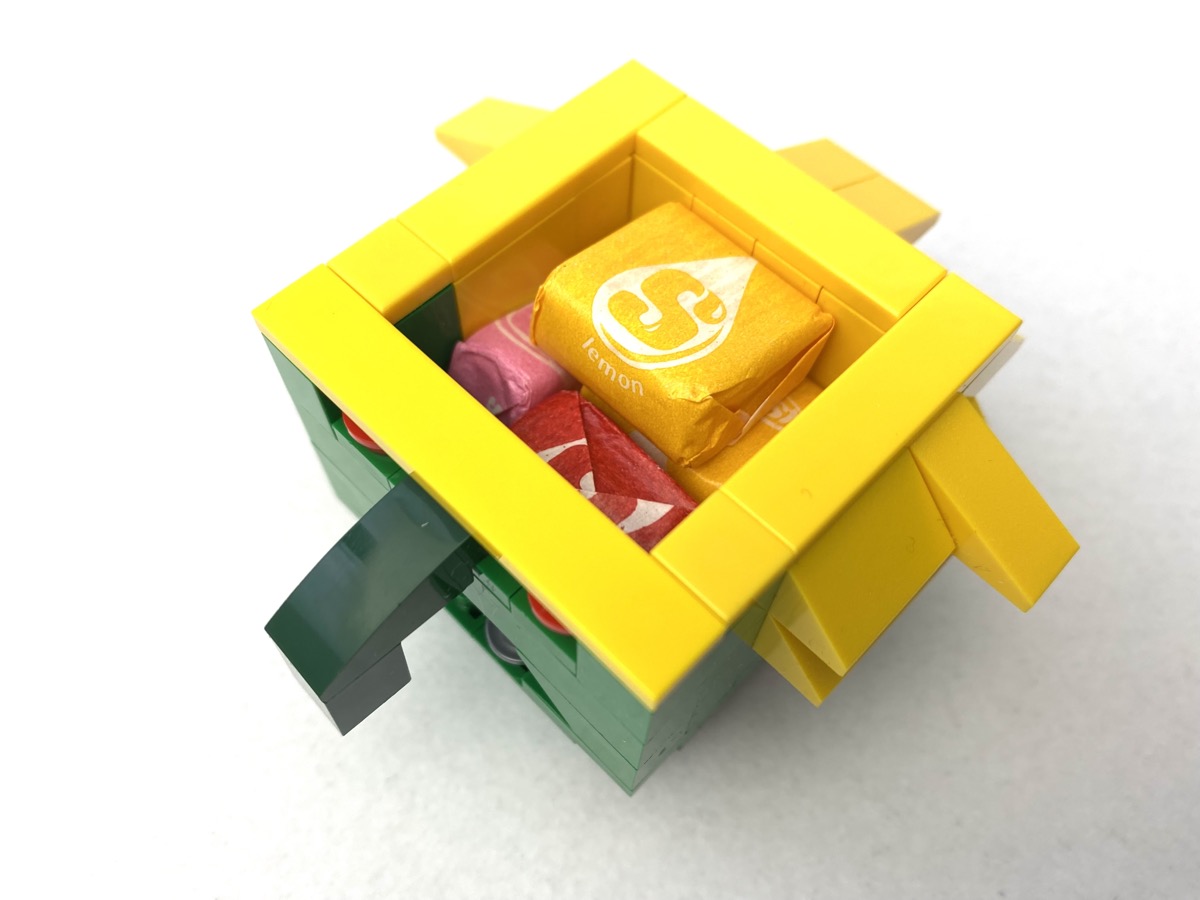 It can seat four Starburst comfortably but my daughter was able to Tetris in five. You can probably fit in six or seven Hi-Chews instead, or maybe one Lindt Lindor chocolate ball. And maybe that’s what the Witch set is all about: kids being able to hide contraband in their room inside the head. As an adult though, you need not such devices to smuggle candy around. That’s what the pockets in cargo pants/shorts are for, or purses for that matter. As a holiday build it’s not great. As a desktop storage box you can probably store something like paper clips in it but do you really want this thing on your desk staring at your? Pass.

This set sucks! The witch’s head as a storage box may sound like a neat gimmick, but the final build is, like, ew. Sure it may be somewhat functional as a storage box but it’s so small and ugly, no one is going to want this on their desk. Except maybe a witch.

There’s no sponsor this week, and with sponsorships lasting a whole week, you can get plenty of exposure for mere pennies. Want to sponsor a review? Send a pic to admin@fbtb.net or hit me up on discord of the polybag set you have that you want me to review. If selected, in exchange for the set you’ll get a mention right here in the review post and a link to your website or social media account. Nearly free advertising, so what’s stopping you?