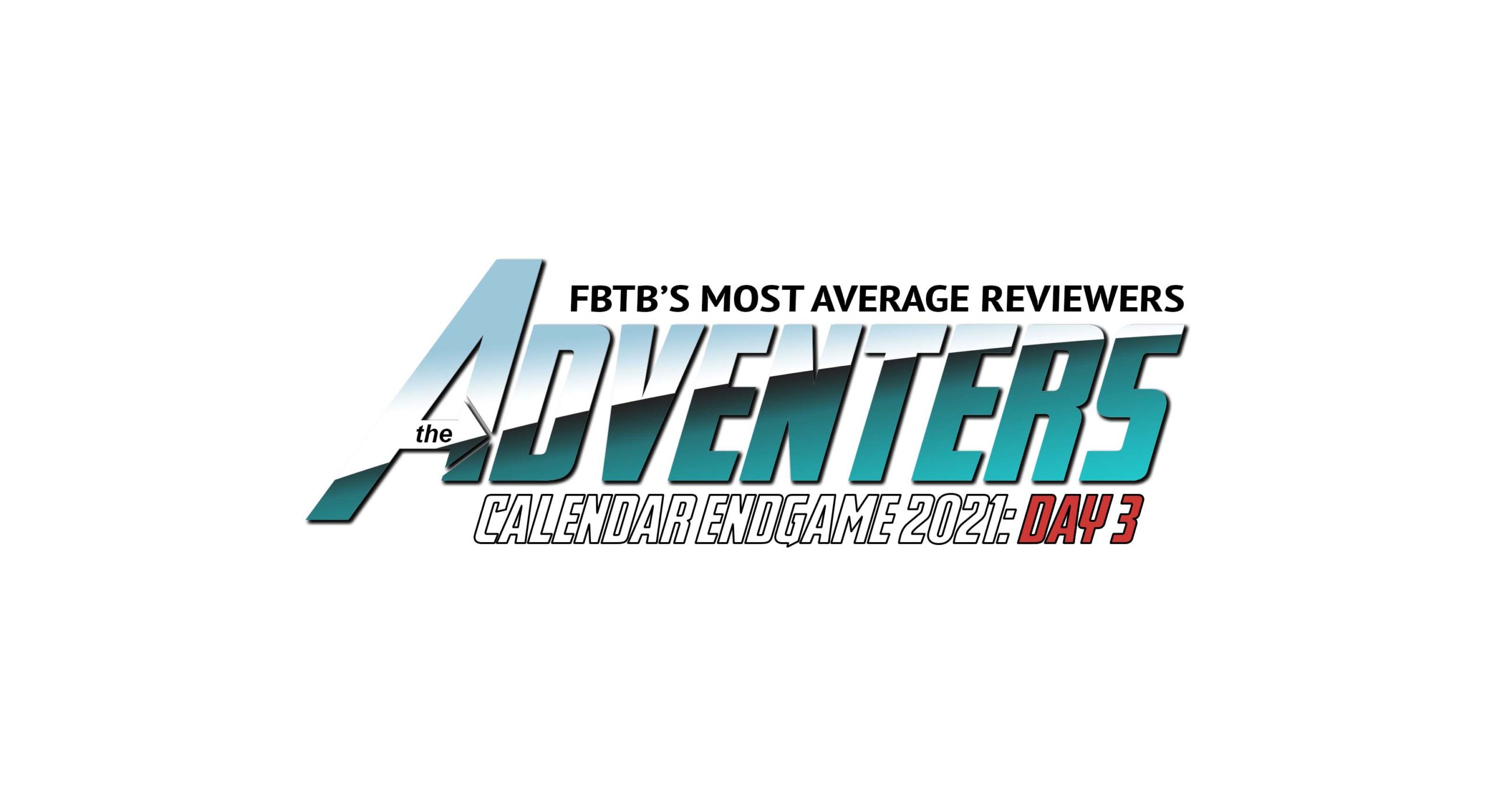 Already the HP and Marvel calendars are stumbling but Star Wars is going pretty strong. 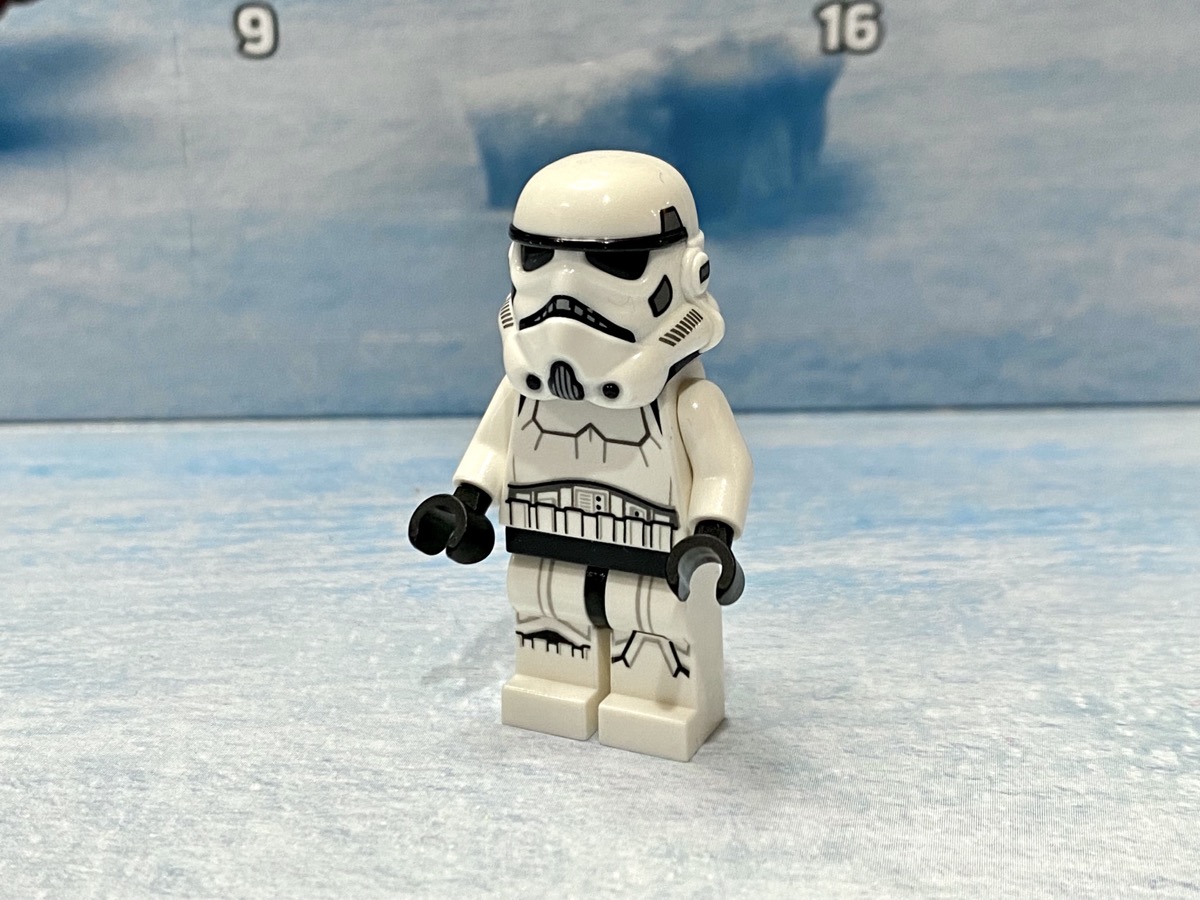 I remember when leg printing was so rare. Nowadays it seems like it’s now the norm. It’s been awhile since I’ve picked up and really looked at the Stormtrooper minifig. I can only assume this is the latest iteration because there are a couple of things that stand out to me compared to what I remember. First of all, the printing on the legs like I mentioned. The printing on the torso seems like it’s creeping towards too much detail. And third, the helmet is vastly different from what I remember. The front seems a bit more flatter. The biggest difference though is the eyes. 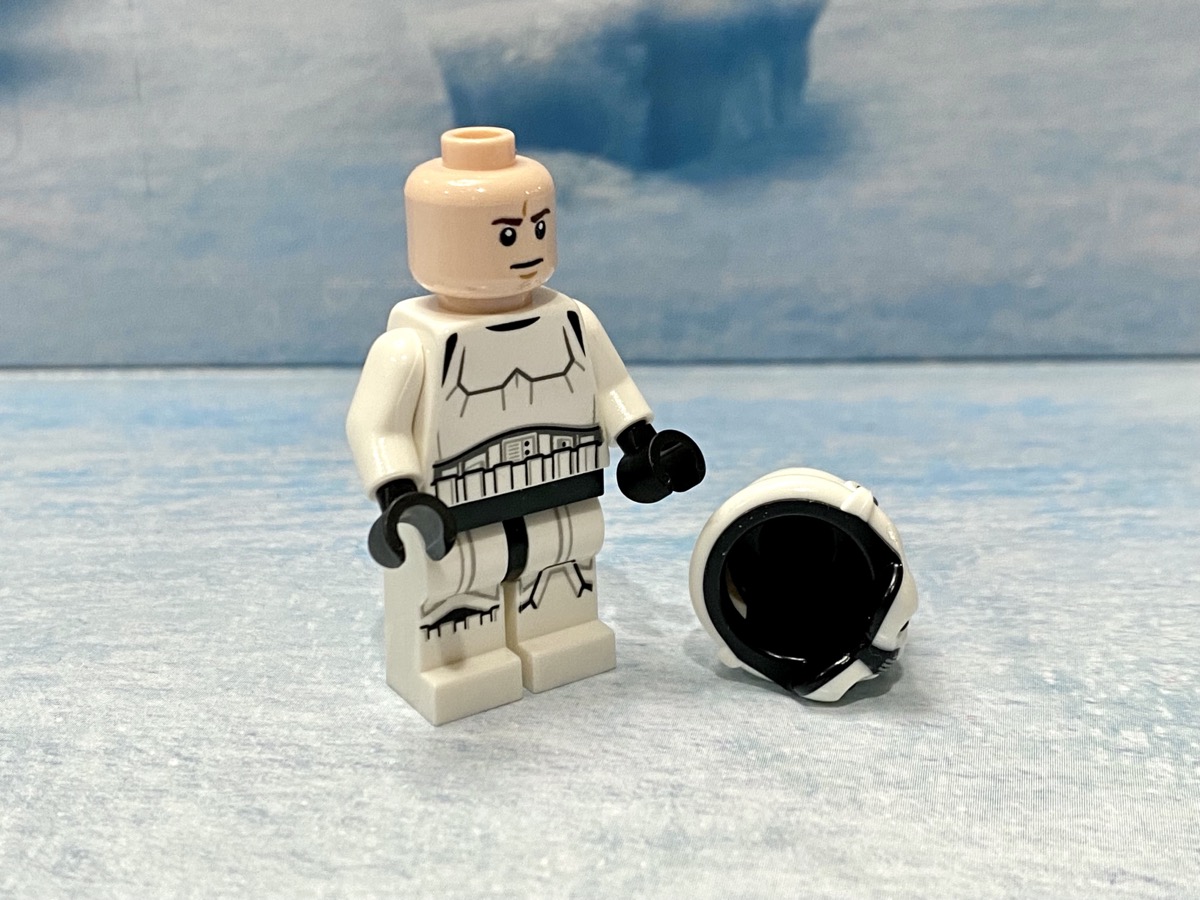 It’s a separate molded piece instead of printed on to really give it depth. With the backstepping they did with Iron Man’s helmet, this one feels like a leap forward. Normally this would feel like fodder but I’ll give it a thumbs up for what is essentially a new-to-me Stormtrooper. He came weaponless so I can only assume tomorrow will come with a weapons rack or something. 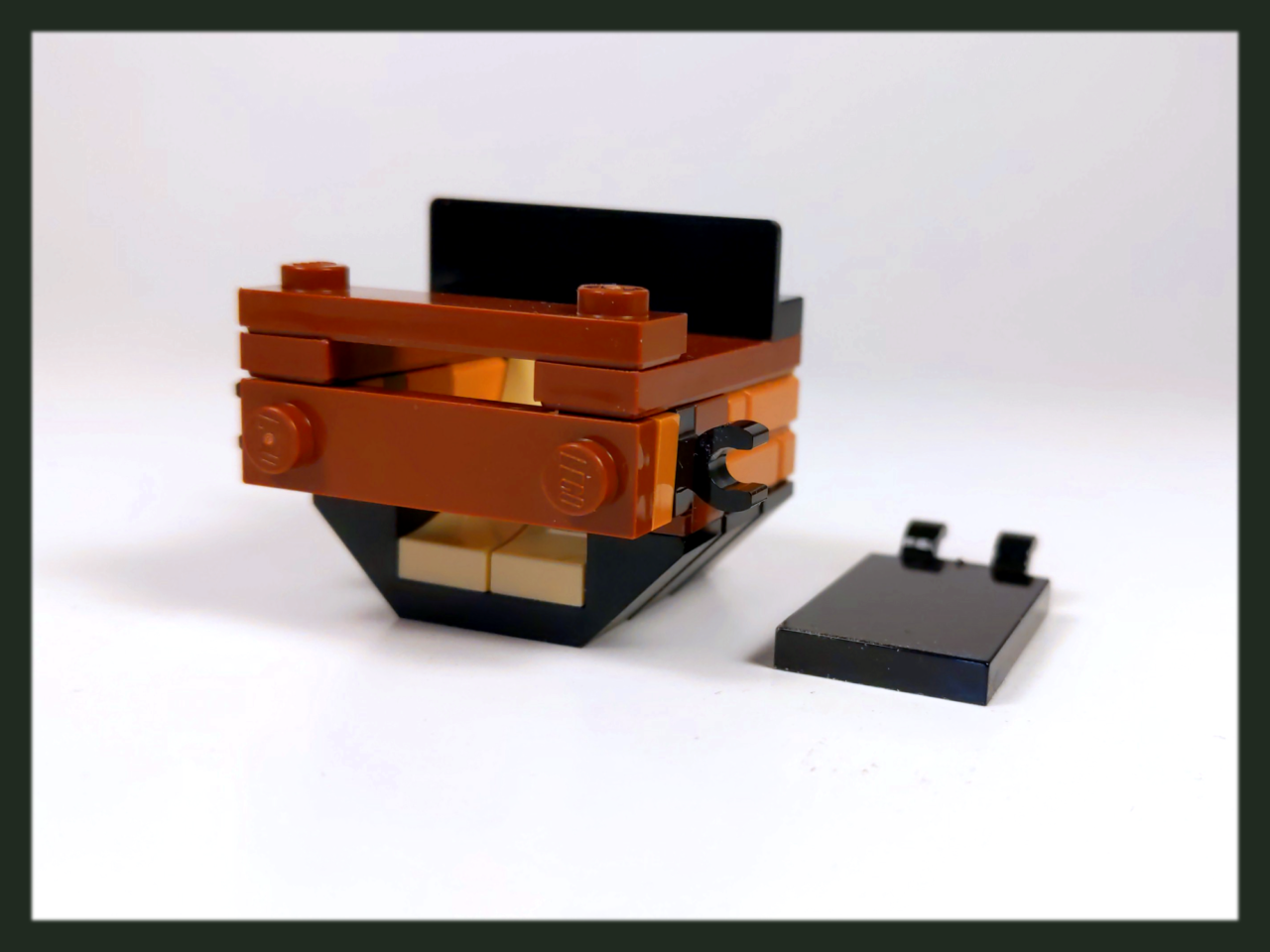 Ok, bear with me. This is one of those builds that come out completely nonsensical when I build it. It’s usually in editing when I understand what these things are, and by then it’s too late to set the ol’ posterboard and lights back up. So just pretend I set this one up the right way?

It’s a fireplace. I thought it was a cradle originally. Which didn’t make much sense. I really don’t know what that flag piece is supposed to clip onto, so I placed it on the side. A tasteful appetizer, if you will.

I’m calling this a miss because if it’s not instantly clear upon first glance, then it’s a bad model. Add some fire to your fireplace next time, LEGO.

I… don’t really know what this is, do be honest. Clearly, it’s supposed to connect to something. Or maybe hold something? It’s got a wreath, and cherries, which don’t really look like holly berries. Is it a Throne? A Chair? A Shoe Horn? It doesn’t show up on the box anywhere, either, so no idea where it’s supposed to fit in. Eric thinks his is a fireplace, but I’m sticking with my caption and going toilet. It makes way more sense than any of the glass-backed computer monitors they keep putting in their movies. Weird miss.