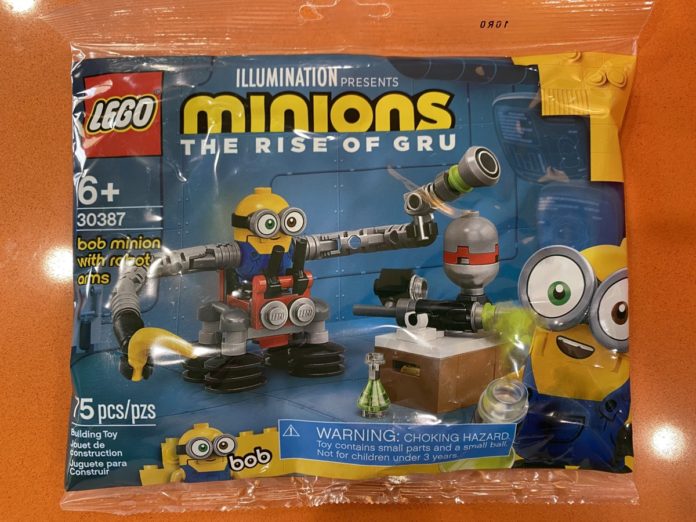 Update: Most of the time when I think of a headline for a post, I write enter it in the title field and then start writing. And sometimes during the course of writing the post, the original intent behind the headline is no longer valid but I fail to realize this until later. Which is exactly what happened here. Because of the lack of visibility on this promo at LEGO.com, I thought the promo came and went, and that it was one of those situations where they made too few promo sets and that it evaporated quickly. Leading me to think as an aside, “Do… do people really like LEGO Minions THAT much?” Glad to see that I was wrong about that thought and that the marketing team just failed to promote the promotion anywhere on the site. It could be that they plumb forgot or they don’t care much for the theme either. In any case, I changed the headline to something it should have been.

According to the LEGO store calendar for June 2021, you could get the above LEGO Minions polybag promo set, 30387 bob minion with robot arms, with a Minions purchase over $40. Yes, OVER $40, so that 75550 Minions Kung Fu Battle set priced at $39.99 doesn’t qualify. I know, it’s stupid. If you’re a one and done kinda person, then the next best bet is 75551 Brick-built Minions and their Lair set at $49.99. Once you reach over the $40 threshold 30387 will automatically be added to your cart. This promotion started yesterday and lasts until 7/11/21 or while supplies last. Funny thing is, unless you reach the threshold in your cart, there isn’t a single mention of this promo anywhere on the site.

LEGO’s affiliate team sent me a sample of the polybag. It’s just okay. I’m not a huge Minions fan nor am I the target audience for it. I did open it up and this is what I got: 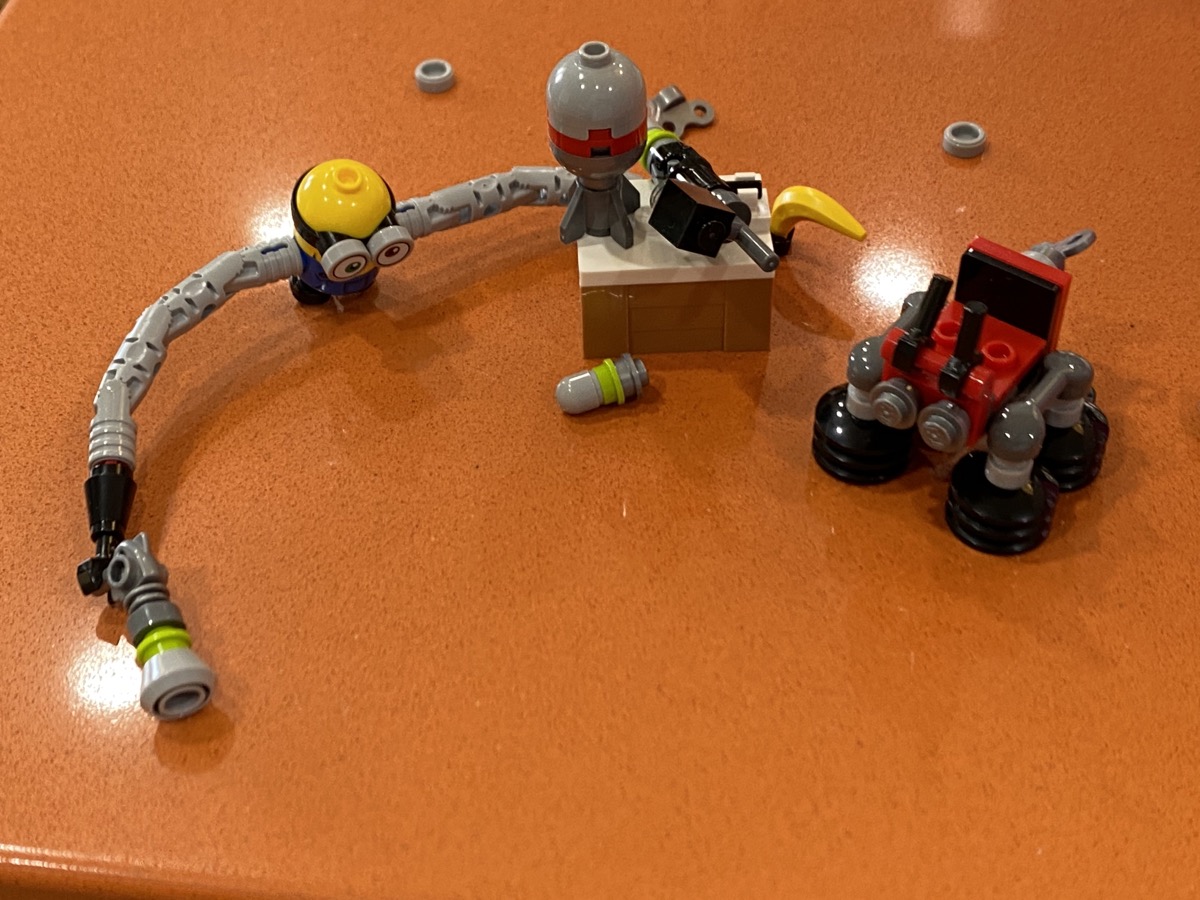 This is the first Minion set I’ve ever opened so I was interested to see how they executed the minifig version. Bob here is made up of two halves and each half being a unique element. You’d be hard pressed to find any other uses for them that weren’t MInions. 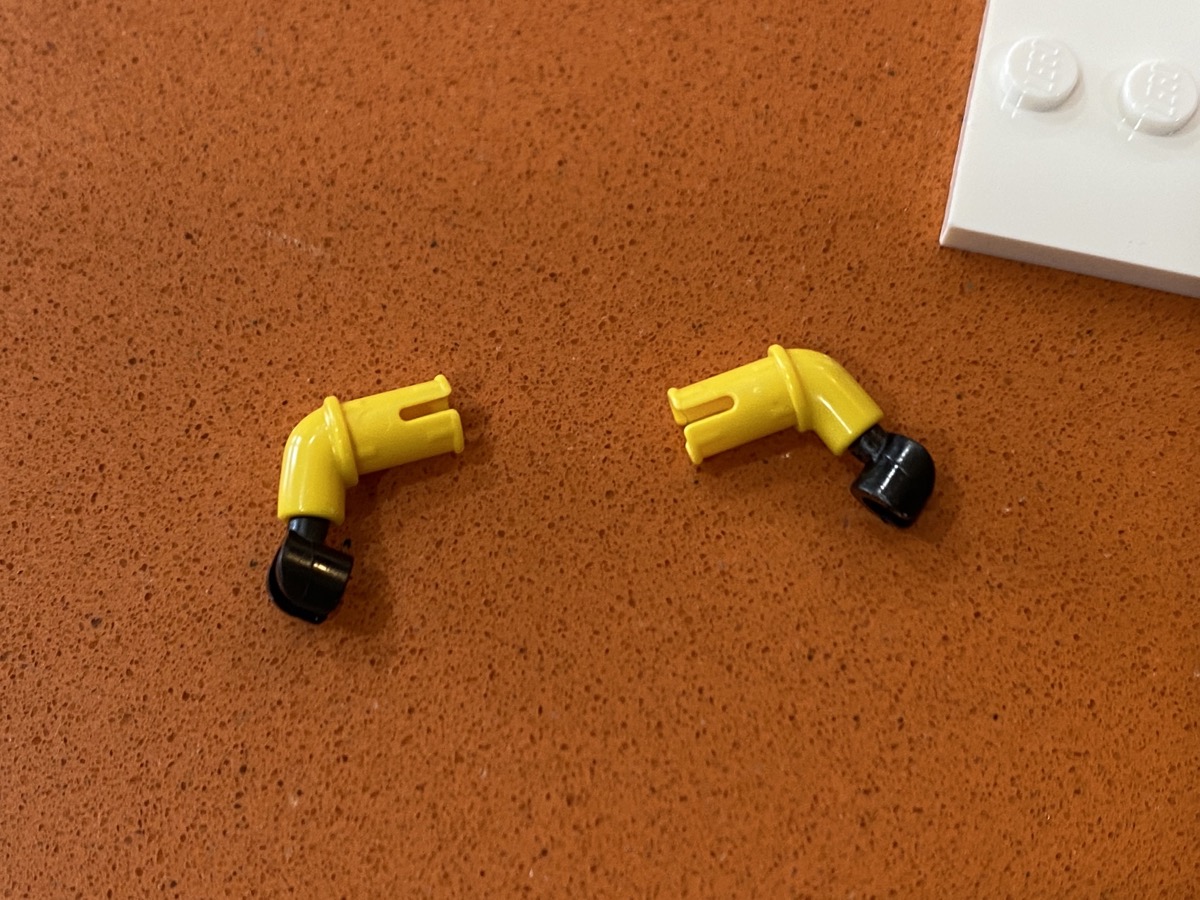 The set features giant robot arms that are impractical and make Bob standing upright an impossibility. Thankfully, the set also comes with a set of normal arms that get stowed away in the weapons chest.

Is the polybag promo worth getting a Minion set for? No. On a macro level, are the Minions sets worth getting? No.

That being said, because this is the internet I’m obliged to tell you that there are links in this post that lead back to LEGO.com. You know the drill: make a purchase after clicking through and we’ll earn a few pennies. As always, we thank you for your support.