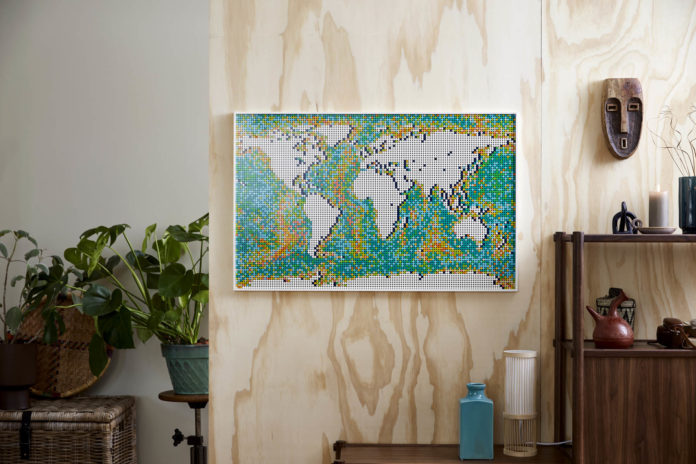 Yesterday, LEGO announced a new way for you to be separated from your money with mediocrity by revealing their newest LEGO Art mosaic, 31203 World Map. Weighing in at a whopping 11,695 pieces, this is the largest set by piece count and will cost you $249.99 when it releases on June 1. The piece count may sound like a lot, but once you realize the bulk of it all is just 1×1 tiles, it becomes way less exciting.

But that’s not all you’ll get. No LEGO Art set would be complete without a soundtrack that probably costs more money to make than is worth. Granted, that is totally and 100% an uninformed opinion, they may be the next best thing since sliced bread but I don’t hear the community raving about these things. As part of the press kit, LEGO released this promotional soundtrack which should give you an idea of what to expect. 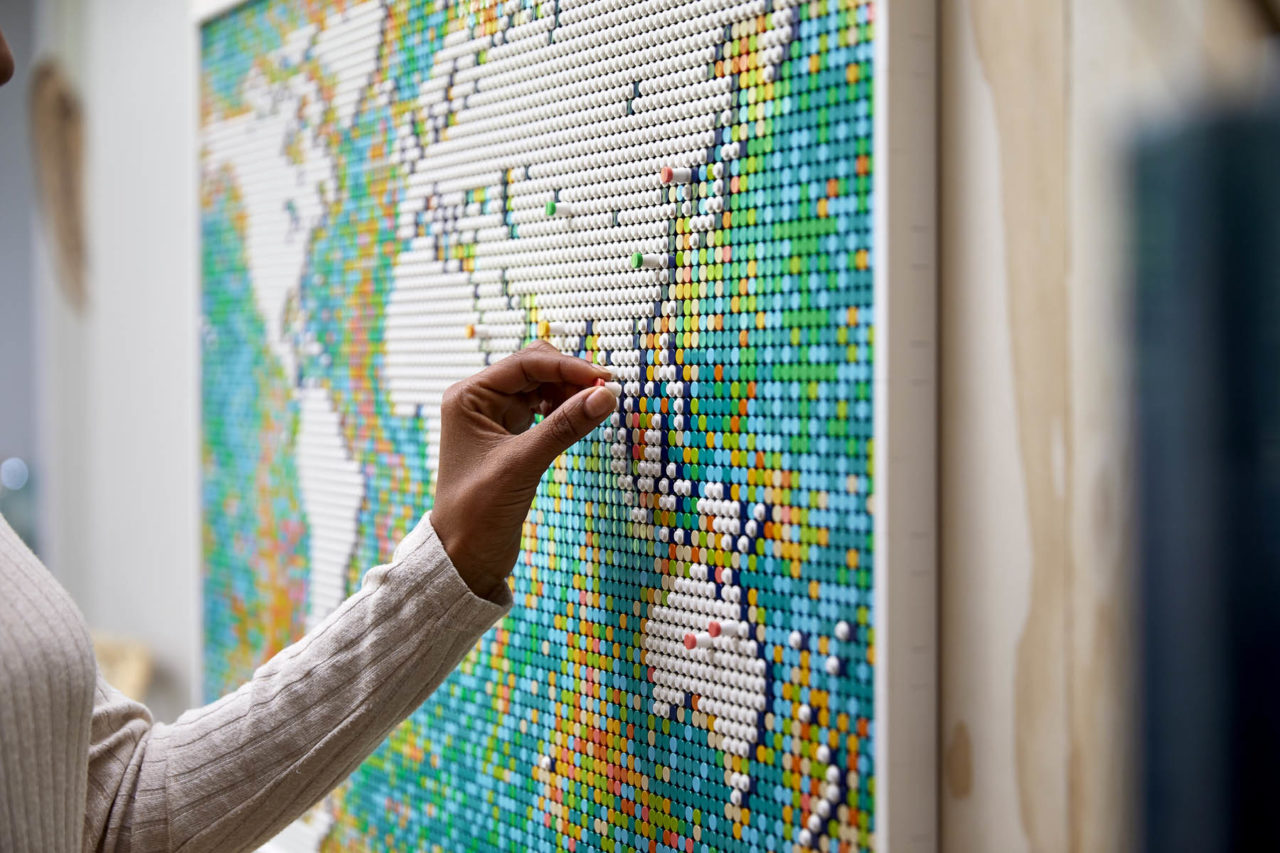 One of the issues I have about this map is that between the land masses and the oceans, the designer chose the ocean floor to be represented topographically with the tiles. It’s reversed from what you’d normally see on a regular map. You can opt to not put any of the colored tiles down and just have black base show instead, which is even less exciting. Unfortunately, there doesn’t seem to be an option of reversing the topographical information displayed. The continents are just these boring swaths of white. You can break it up a bit by placing brick-built pins that “can be placed to mark out destinations already visited or highlight those still on the builderâ€™s bucket list to give this masterpiece a personal twist”, but those can only do so much. You could also express yourself “more freely and creatively by arranging the tiles as they wish and exploring different patterns and motifs instead”, like this: 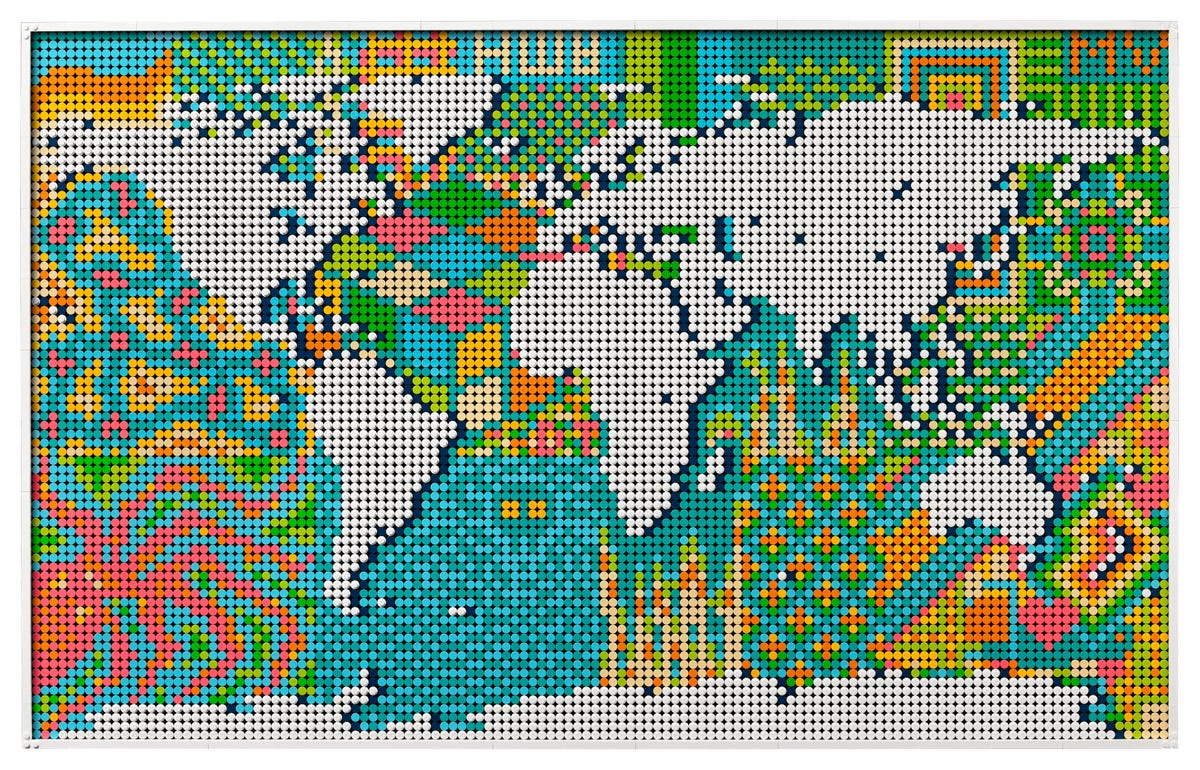 This looks like garbage and nobody’s going to want to do this.

You can check out more pictures below, and check out the product page (that’s an affiliate link) for some additional details.