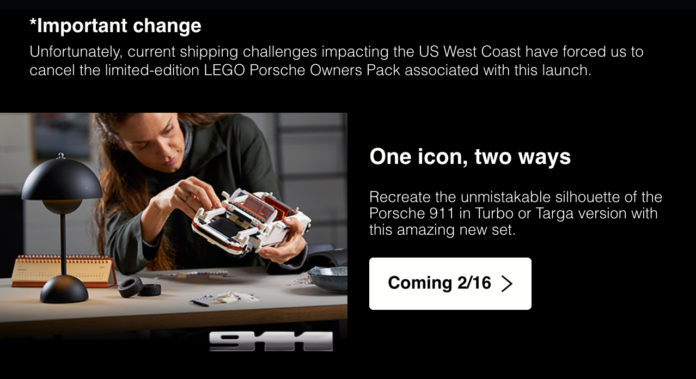 Got an interesting email this morning from LEGO Shop@Home promoting the upcoming Porsche 911 set. Normally, I’d just skim over it and toss it in the trash but one asterisked paragraph caught my eye. The text reads:

*Important change
Unfortunately, current shipping challenges impacting the US West Coast have forced us to cancel the limited-edition LEGO Porsche Owners Pack associated with this launch.

I have no idea what this Limitedâ€“Edition LEGO Porsche Owners pack, but after some light googling, this is what I found via BrickFanatics: 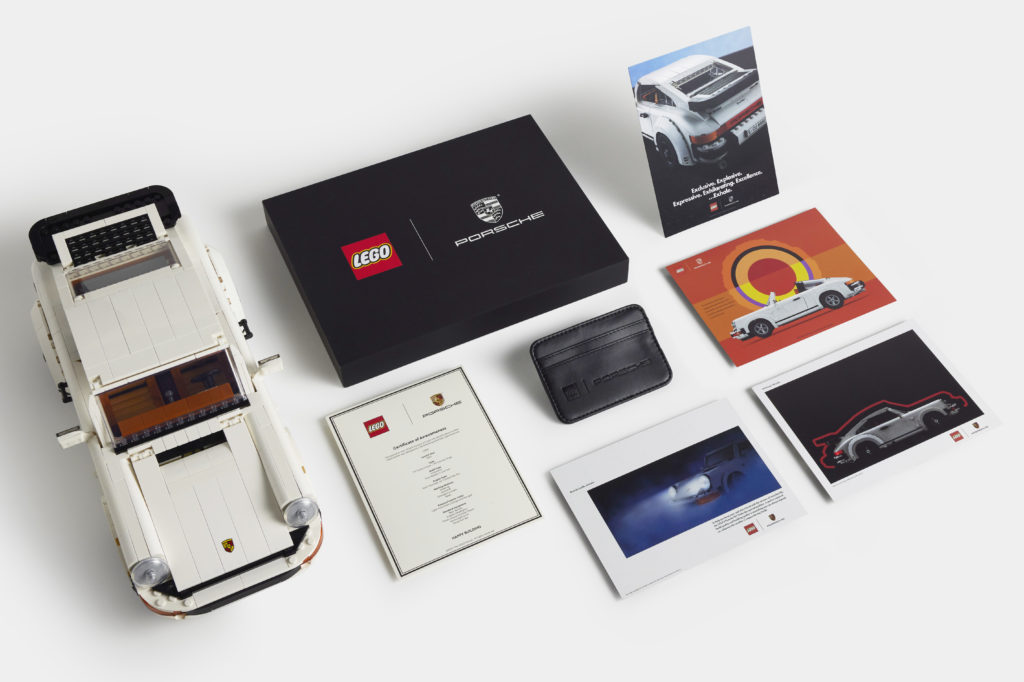 Makes me not want to get it to be honest. Not that I had any plans on getting one anyway, but knowing that I’m getting less of a deal than other customers around the world, I’d rather wait and get it all at once or just not get it all. I suppose you could wait until another, different GWP offer comes along, but it’s not the same if it’s not thematically tied to the set. But hey, if you’re still gung-ho about getting one, it goes on sale tomorrow for VIP Early Access. 9pm Pacific Time would be my guess. Click through this link to make a purchase and FBTB may make a small commission.