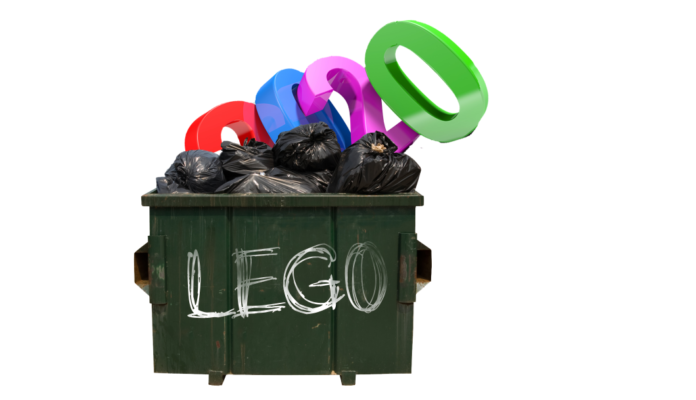 It’s no secret that while all of us writing for FBTB are very aware of LEGO… most of us aren’t really into collecting LEGO anymore. Call it Dark Ages or just getting old or what… most of us only buy a handful of sets in any given year (if that). We like to cover it, but most would agree that the Star Wars license that the site was founded to cover has been in one heck of a rut for a long time now, and even most of the other licensed themes have sort of gone to a pretty blah place. (Except Harry Potter! – Eric)

Of course, that’s not to say that we haven’t kept up on the LEGO stuff (even though LEGO long ago forgot about us). All of us have still picked up a couple of sets this year, or enjoyed gushed over a set that we maybe haven’t picked up. Or, because most LEGO stuff is subject to the same scalper and reseller nonsense that things like new consoles or video cards, never got a chance to get them.

I was dreading doing this post. There aren’t a lot of sets I built this year, let alone reviewed. I am still in this weird place with LEGO. Most of the sets I bought this year were for the kids and the few sets I bought for myself are still sitting in a pile, some of which I intended to review. Well, let’s just say things didn’t quite pan out the way I wanted them to last year, and I’m pretty sure I’m not alone in that sentiment. Anyways, one of those sets sitting in that pile is my game of the year: 71374 Nintendo Entertainment System. 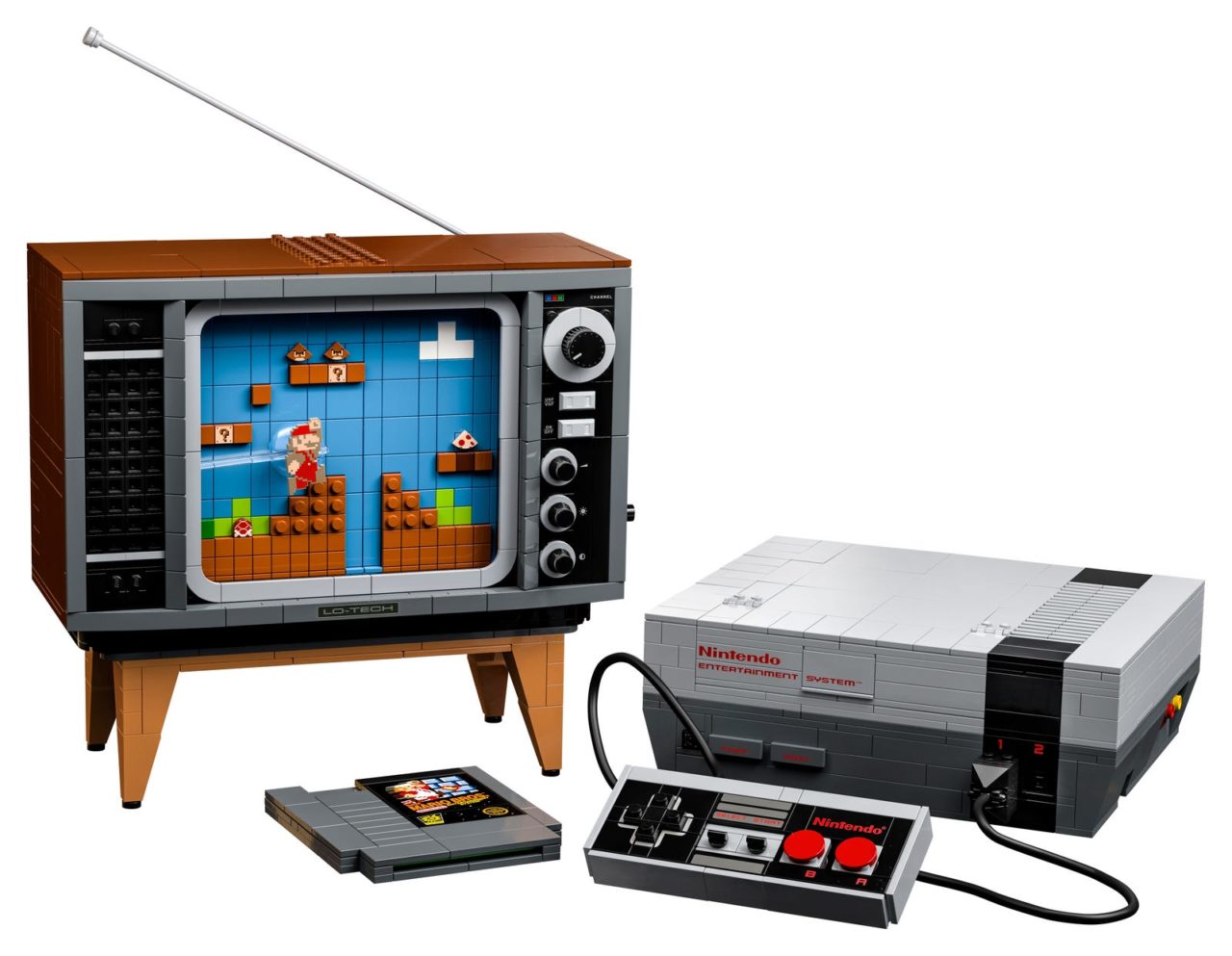 You may be thinking, “What? How can you pick a set to be the set of the year when you haven’t even built it yet? That seems preposterous!” You wouldn’t be wrong and I’m not going to tell you otherwise. It does seem a bit ridiculous but it’s been a ridiculous year. I will eventually get around to it and it’s something I’m very much looking forward to. From the pictures I’ve seen, there isn’t anything that’s throwing up a red flag or making me think, “Huh, that’s weird” like the UCS A-Wing (which I have built, and which I will be reviewing shortly). Right from the reveal, there were certain things I spotted in the photos that made me temper my enthusiasm (which I’ll be covering in the eventual review). But I can’t say the same for the NES set. Except maybe the scrolling screen function. I can imagine it to be an area of potential disappointment if it doesn’t run smoothly, but that’s about it. There are so many things right about it that even if the scrolling screen wasn’t a feature, it still would be a killer set. I mean, the fact that they included a model of a CRT television set is just bonkers. So many shortcuts could have been taken, and so many more things could have been added, but as it is now it’s a near perfect execution of a licensed LEGO set.

The NES set isn’t for everyone though. This is banking hard on nostalgia from us 40-something year olds who grew up on the system. Kids these days (do I sound old saying that?) probably recognize it from pictures, but I don’t think they can fully understand the emotional and cultural impact it’s really had. LEGO has undoubtedly had just as much of an impact on many peoples lives in less tangible ways. I’ve pined for a LEGO x Nintendo collaboration for a long time now. While the regular system line leaves a LOT to be desired, 71734 Nintendo Entertainment System is the pinnacle of the theme, and the best LEGO set of the year for me.

If you’re asking how Ace can pick a set he hasn’t even built, hold onto your hats. I don’t even own my pick. 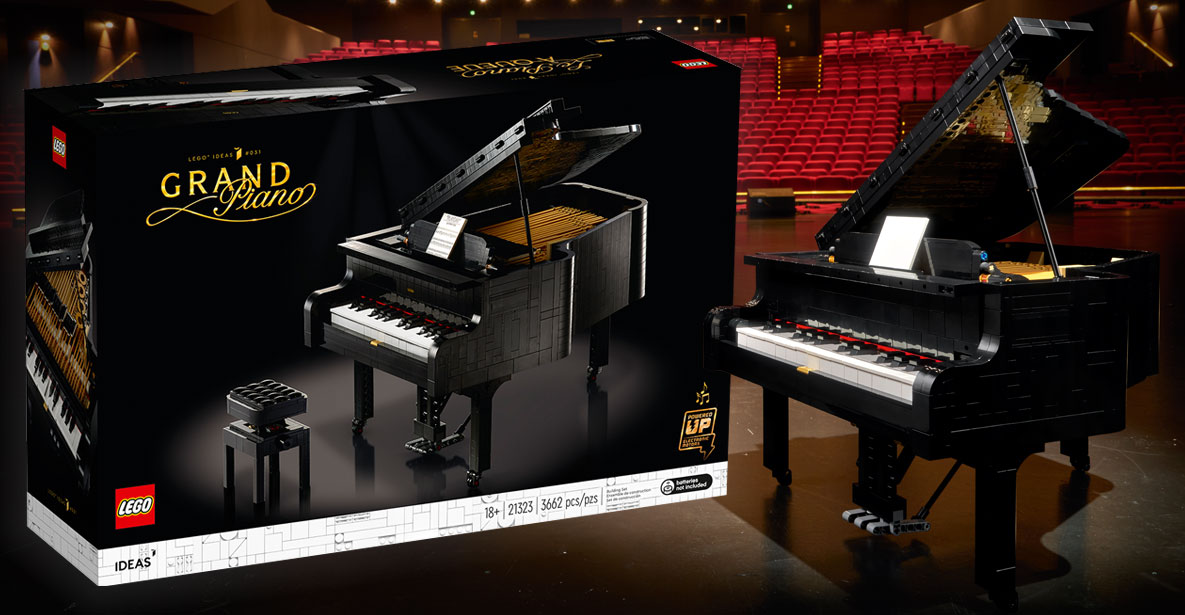 I’ve been playing the piano a long time, and everytime I get to move away from my little MIDI keyboard and sit in front of a baby grand piano, well, I’m delighted. Looking at this build gives me that same feeling. I love the mechanics inside, too. This model would have been fine without being able to move keys, but it’s such a cool detail I’m glad they kept from the original Ideas project. 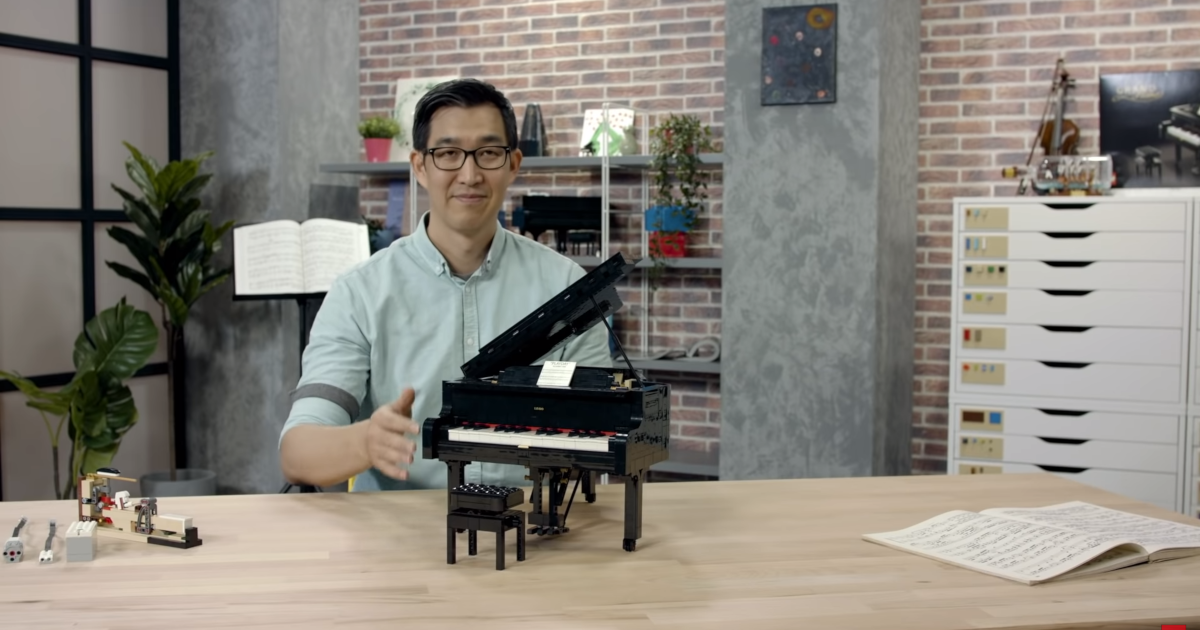 This thing is huge, too.

I’m really a fan of the direction Lego’s been taking this last few months. Of course they’ll still have the playsets, but there are also these new models that just look good to show off. The wall art, the new Bonsai Tree, the NES (see above and below). The only problem with the piano is that I can’t really afford it, but I don’t really mind the price. It’s just that my wallet does.

I bought two LEGO sets this year… the International Space Station, which I built and need to take pictures of for a review, and the Saturn V, which is still sitting in its box, unbuilt. I didn’t like the ISS enough to put it here, so I’m going to pick a set I haven’t bought, and probably won’t buy… 71374 the Nintendo Entertainment System.

That hit every little nostalgia button for me, a kid that grew up on Nintendo, and who’s short on fun Christmas memories as a kid, remembers the year he got one – 1988, in what was quite easily the worst year of my life. I loved my Nintendo, and still have a handful of the games (the system died long ago, though I do have a working NES still). Everything about that set draws me back to those memories.

It’s an innovative and creative set, full of little features that are often missing from the soulless builds that LEGO delivers these days. I want it, it’s just hard to justify the price for it when there’s a lot of other things I want, but if I’m going to pick a best set of the year, this is easily it.

Given how unfortunate the Super Mario Bros line ended up (I still question the fact that 95% of the line is unusable without buying the core set, which has been unavailable for the most part)… this is the set that keeps my hopes up for some other fantastic Nintendo themed sets. Imagine a Nintendo CMF line, which gets in a bunch of the figures from various Nintend o properties. I mean, hell… imagine just a line for Legend of Zelda or one for Mario Bros. Mega still has the Pokemon license, but the moment that lapses, I could see LEGO snatching it up.