What do you call a skeleton in the closet? The winner of hide and seek. The tally so far: 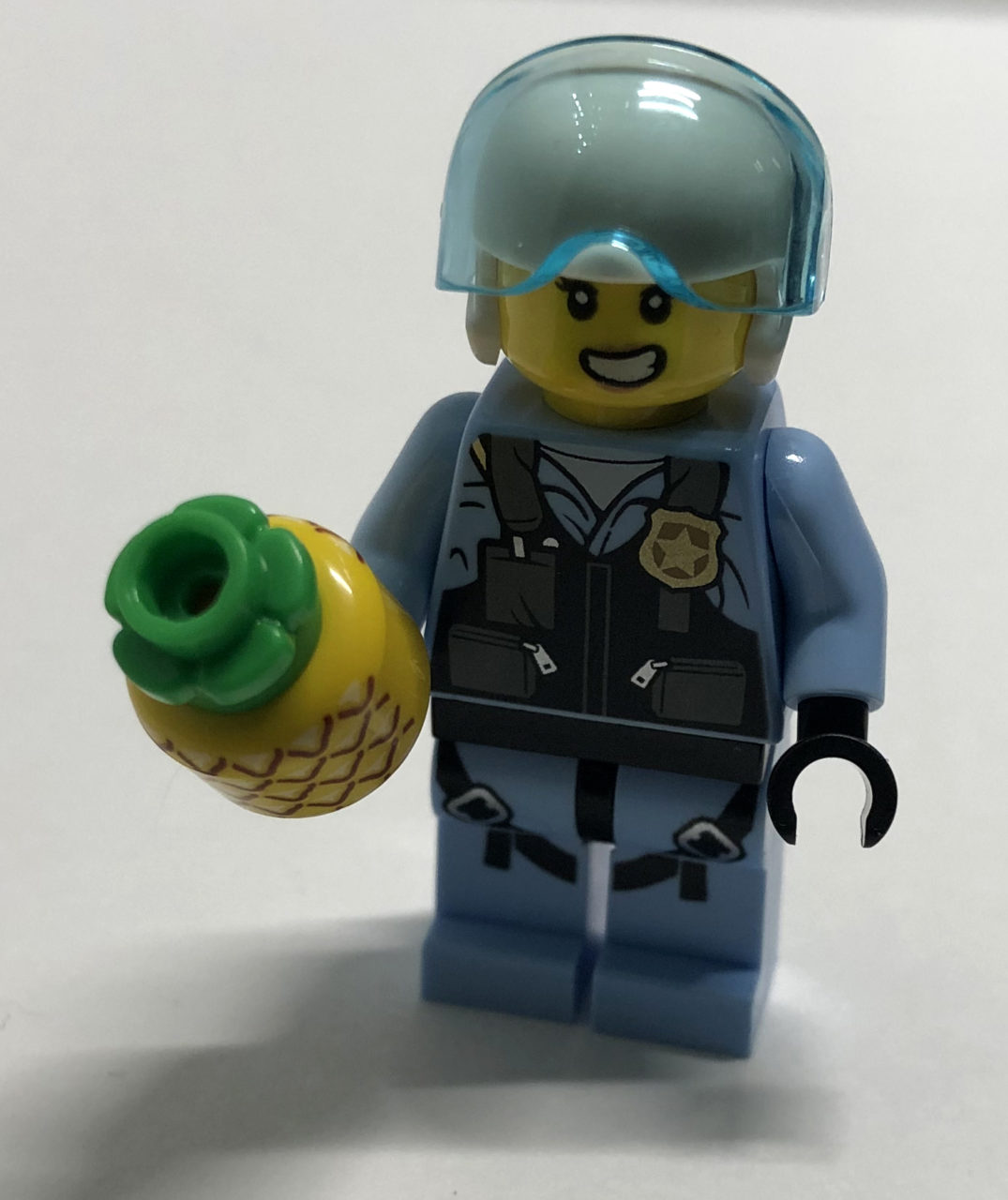 I’ve got some questions about our minifig, Rooke Partnur. I mean, she’s a cop, but wearing a tactical harness. As well as a helmet, with a pretty funky visor that I haven’t seen (but don’t buy all that many LEGO sets). Also, she’s armed… with a pineapple. I like the figure, but it’s just weird. Still, giving City a win for today.

And now we get…Parvati. Or Padma. The other one. When I opened this figure, I had to double take and wonder if Lego had just thrown in the same minifig twice.

I took a picture. The colors on their sari robes are swapped, which is actually movie accurate. Not much else to say about this figure, she’s identical in every other way to her sister. I have to give this a thumbs up because it’s not really inherent laziness on Lego’s part, but the movie’s. 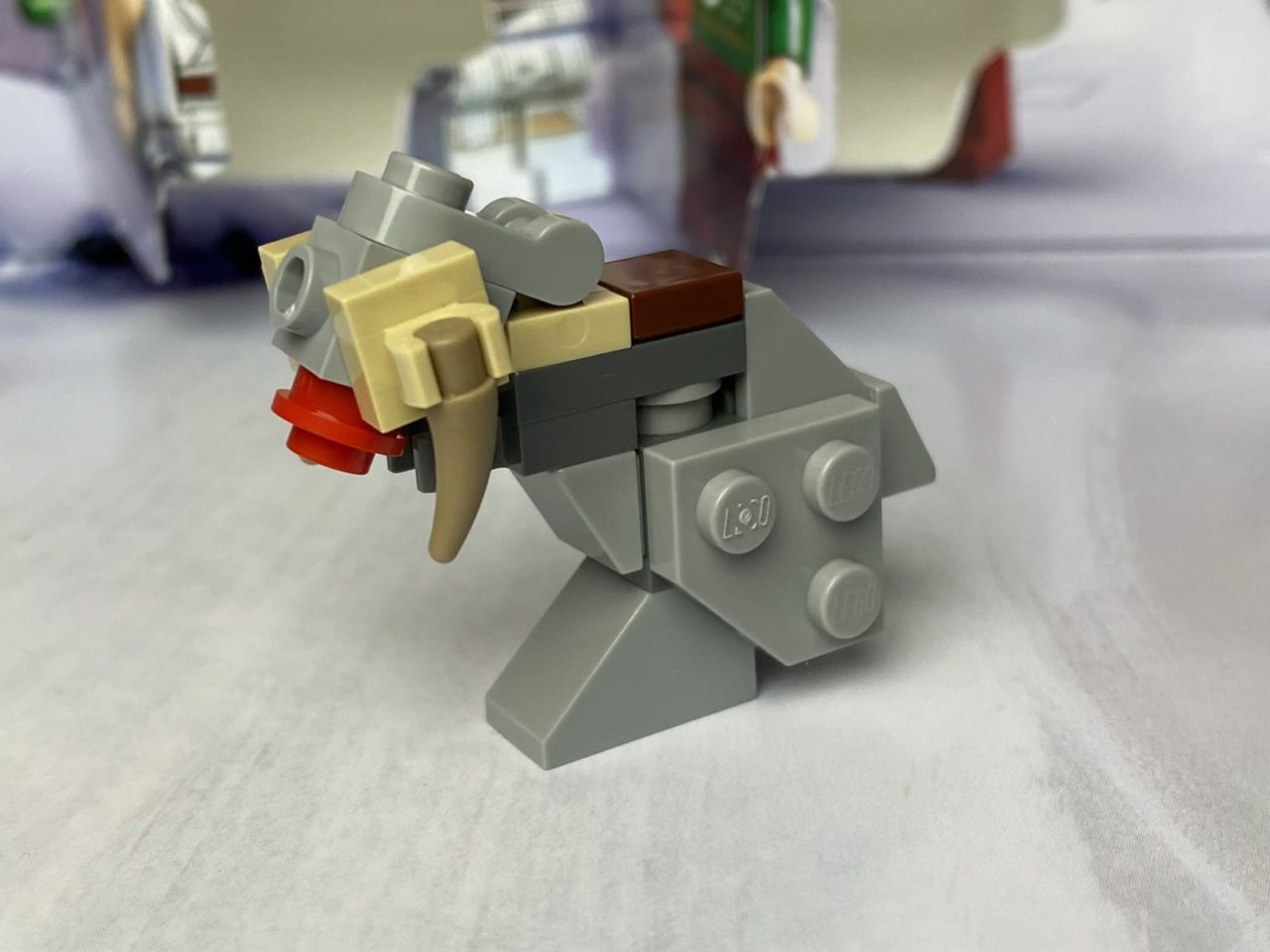 For today, LEGO gave us what I think this is supposed to be a tauntaun. To which I would respond with, “Dear LEGO, please don’t make creatures again.” They don’t translate well at all. I thought the Falcon model from day 11 was bad. This one may be the worst one for the entire month. Gross.