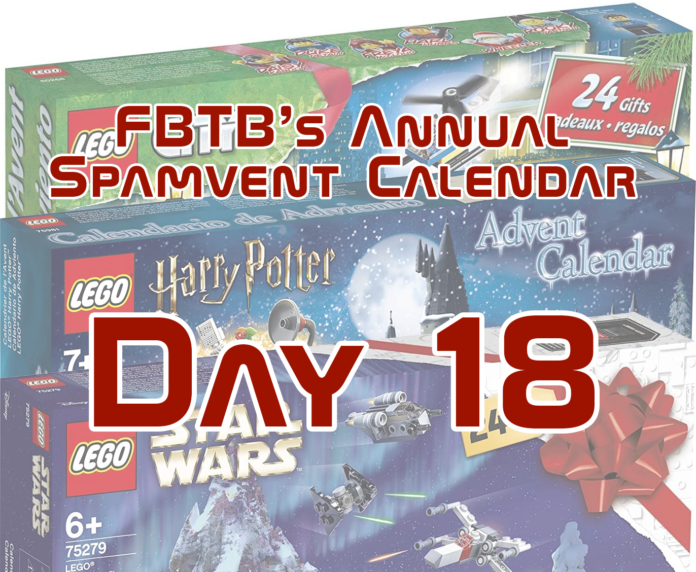 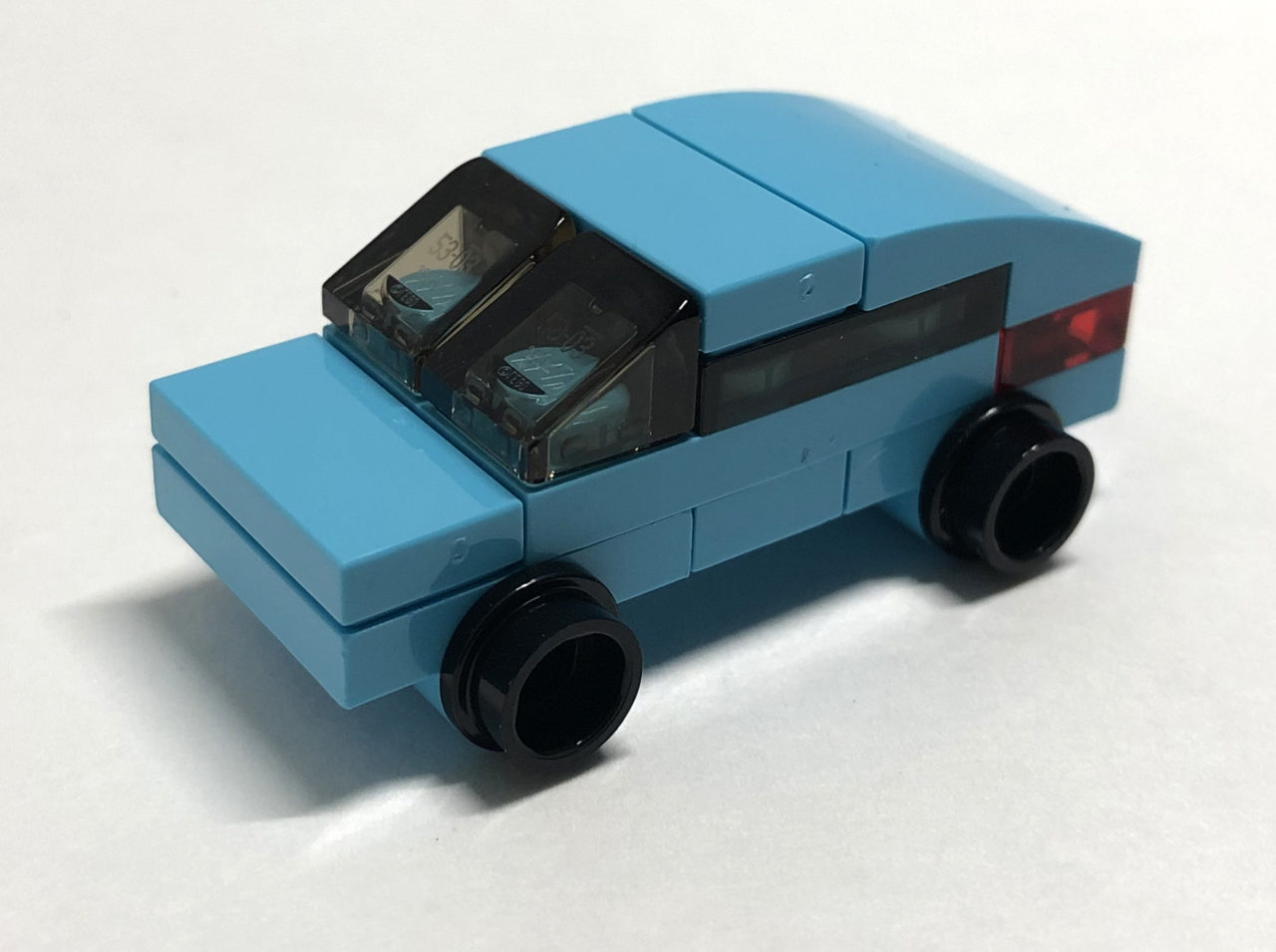 So… is this a crossover, a Prius, or a full SUV? I like the color and look of it, but it feels a bit chunky. Still, compared to some of the other vehicles, this one is pretty great and I’m calling it a win. 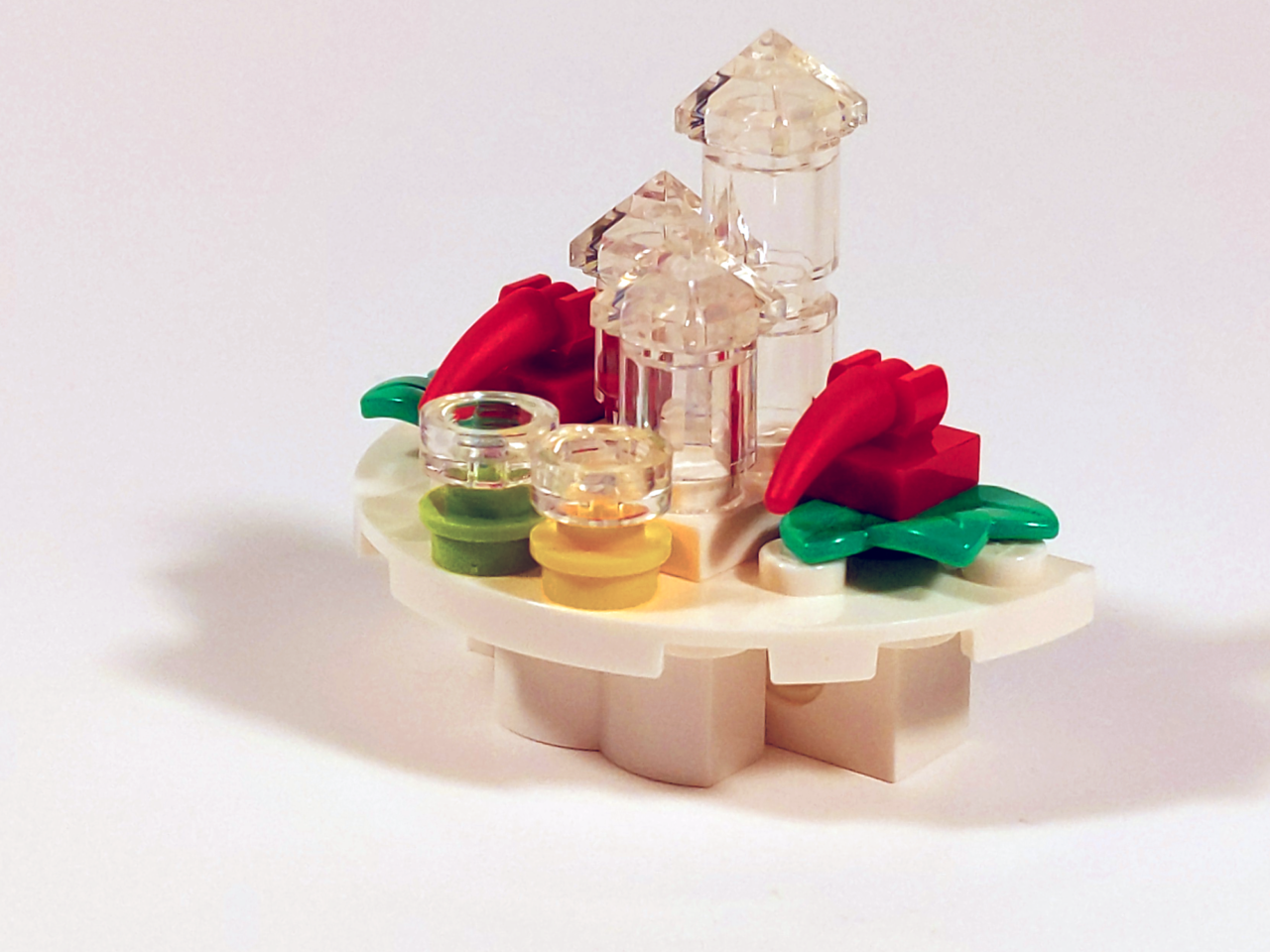 This over-saturated image is the only way I could clearly show you this half-table. This one’s lifted directly out of the Yule Ball, which is all I’m asking for. I’m not sure what building this is supposed to be…it looks like a combination of the Taj Mahal and St. Basil’s Cathedral. Maybe it’s some Wizard thing. Anyway, table’s cool. 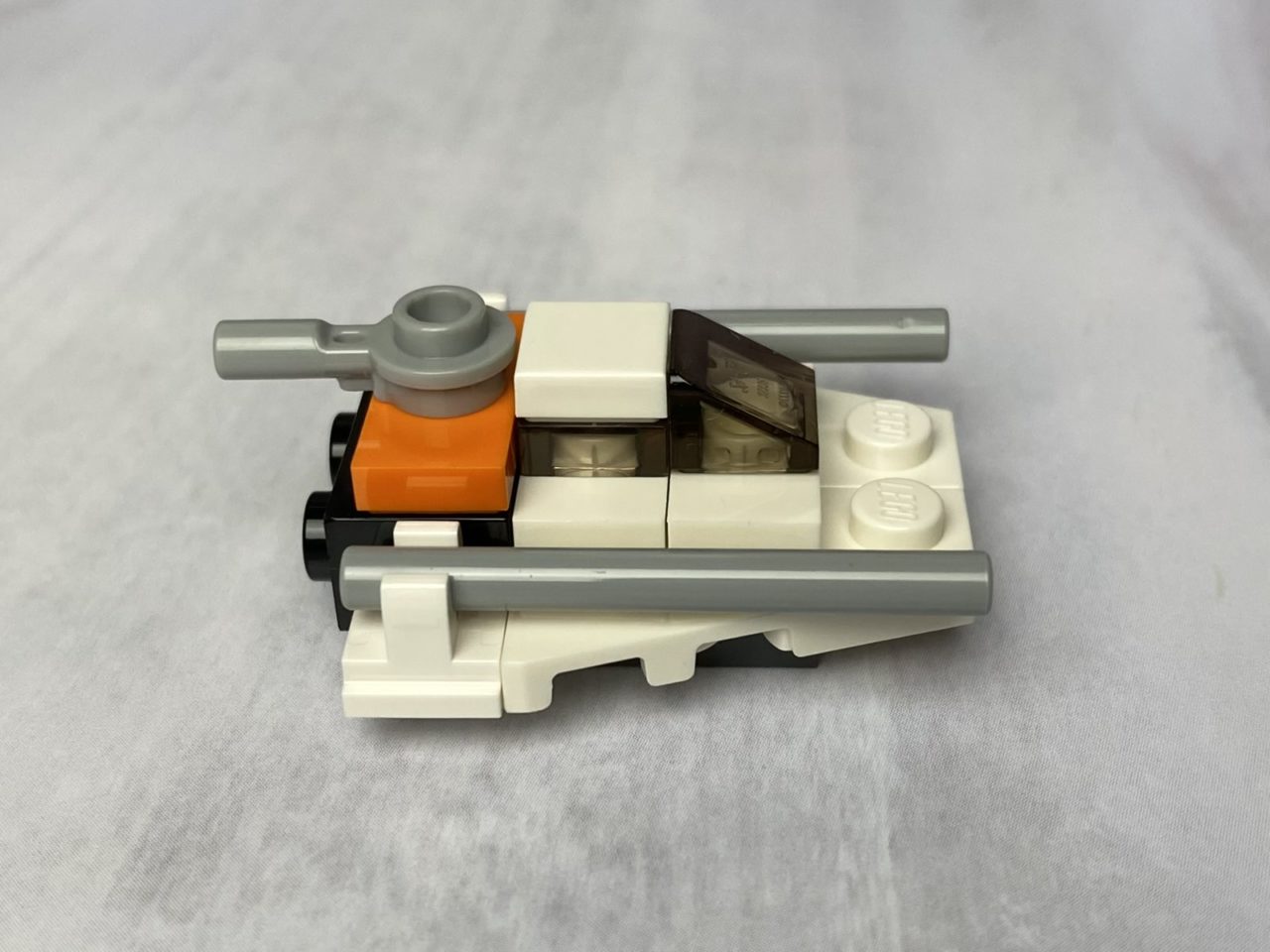 Something not Episode I! My only gripe would be that adding a black grille tile for the radiator in the back would have made this snowspeeder just a killer build. Without it, though, it’s still pretty nice, don’t get me wrong. At first I wasn’t a fan of the lightsaber bars for the laser cannons and how the extend from back to front, but this little guy’s grown on me.