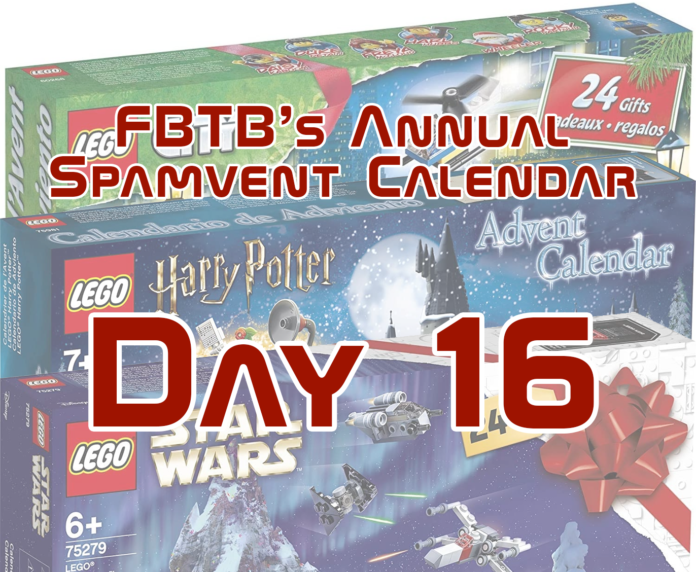 How about some dad jokes? What do you call a snail? A booger with a crash helmet. The tally so far:

Let’s see what’s in store for us today. 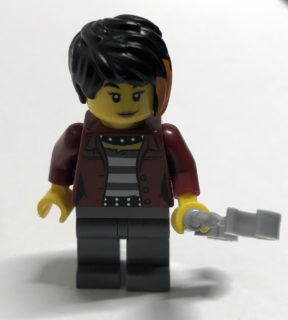 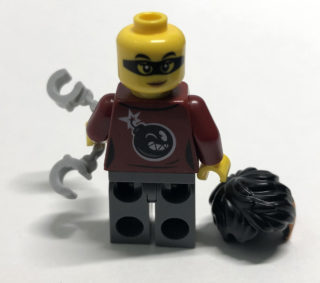 We get another character, from the robbers side of things, named Daisy Kaboom. I love this figure, that hair piece is great, and the jacket is as well. The little robber mask is a great touch too… though I ask why she’s holding handcuffs? 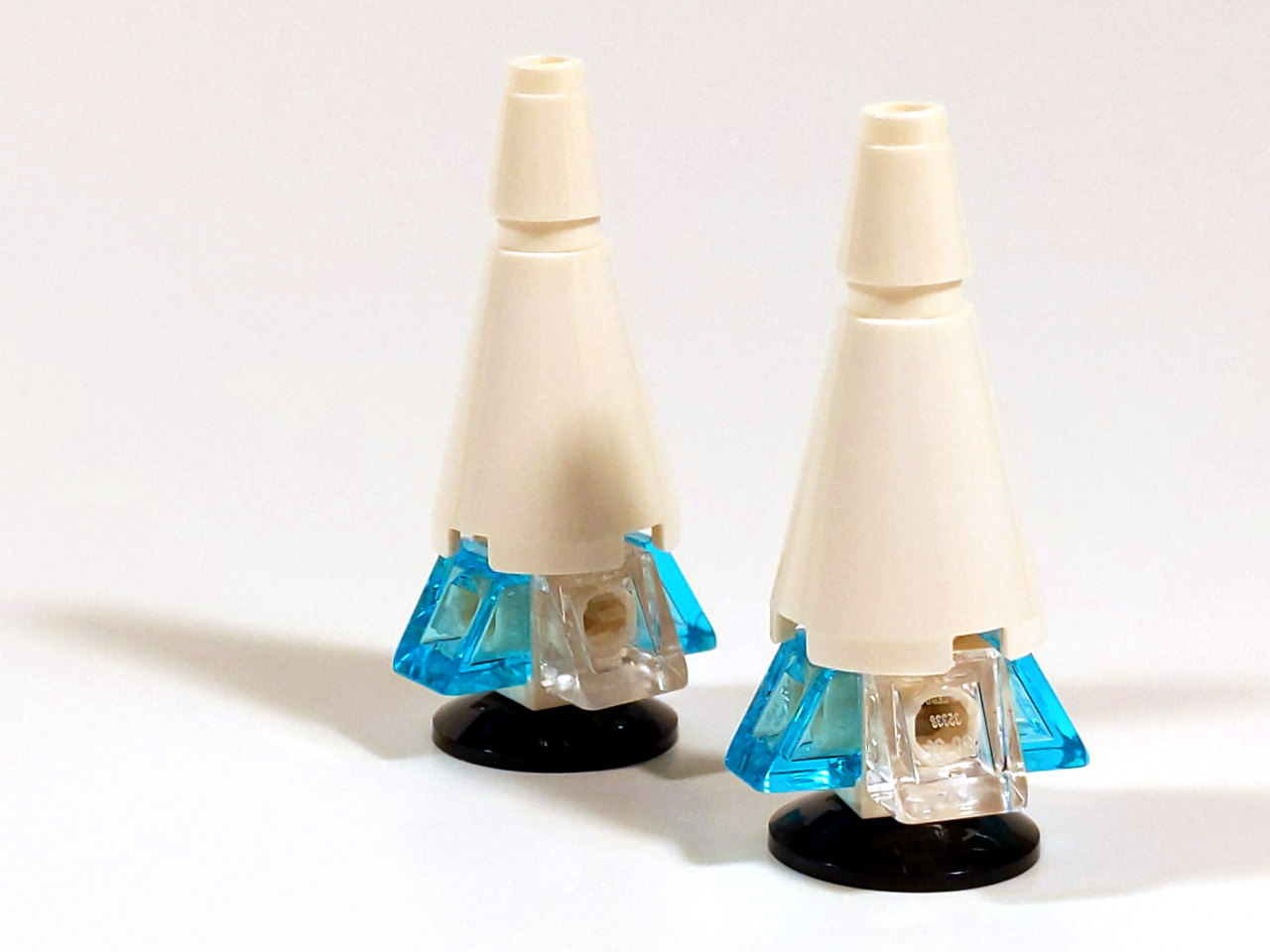 Another palette swap from last year. These things suck. Nothing says filler like two smaller versions of another day’s build. 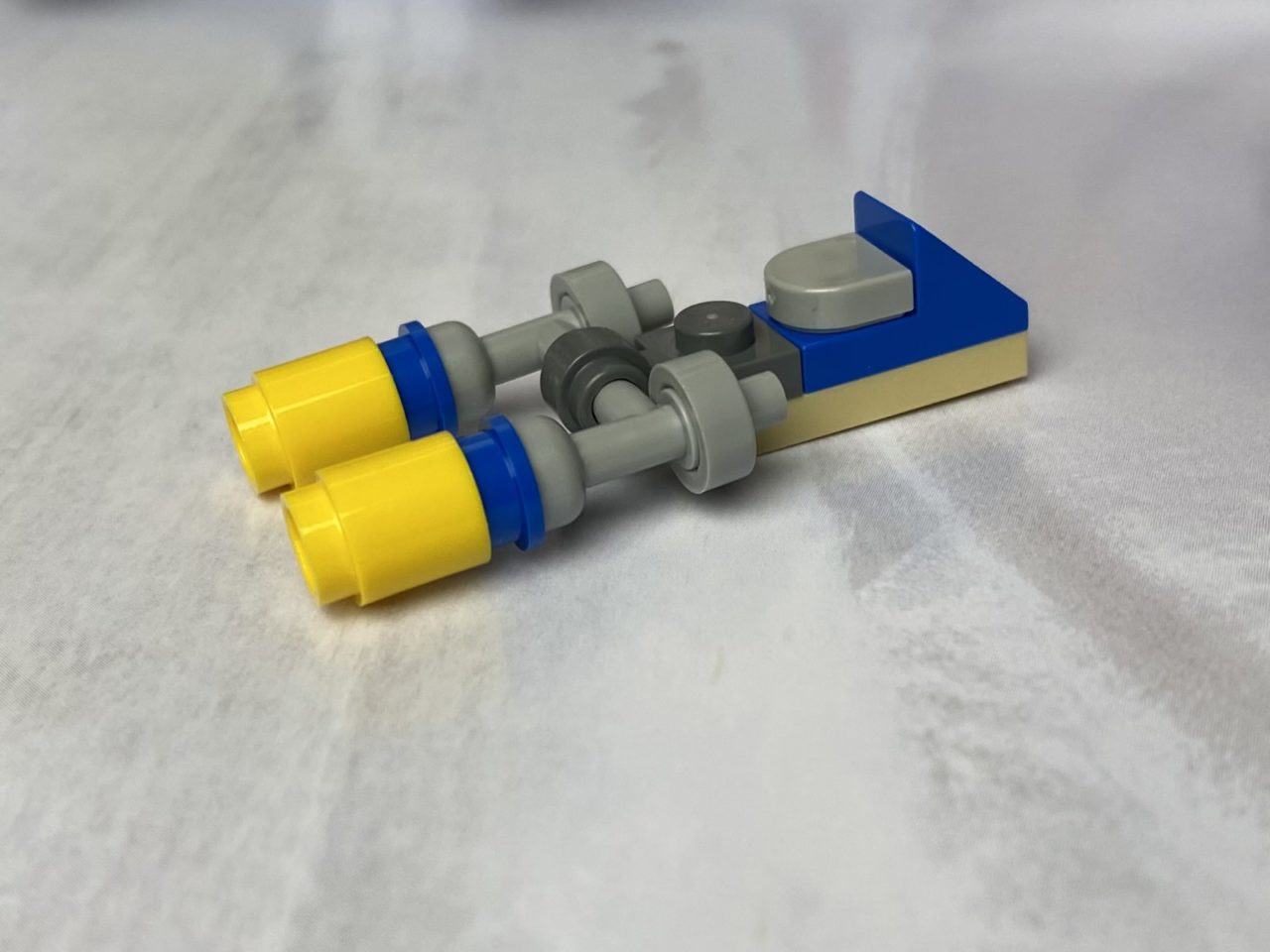 Now THIS is a podracer!

Okay, maybe three-in-row themed builds are a thing ’cause this is supposed to be Anakin’s Podracer. It’s a pretty terrible build to be honest mostly because it took me a couple seconds to realize what it was supposed to be. It just doesn’t work. Meh. Unless there’s a micro Sebulba’s Podracer build tomorrow then this one ain’t all that appealing.