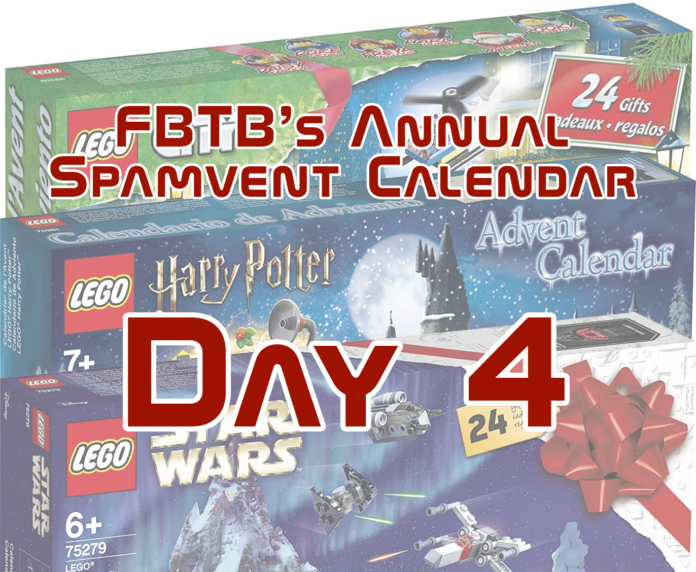 Yesterday had our first hiccup. Nick was not a fan of that police station. I actually liked it but I’ll get into that more a bit later. Let’s look at the tally now:

Let’s see what Day 4 has in store for us. 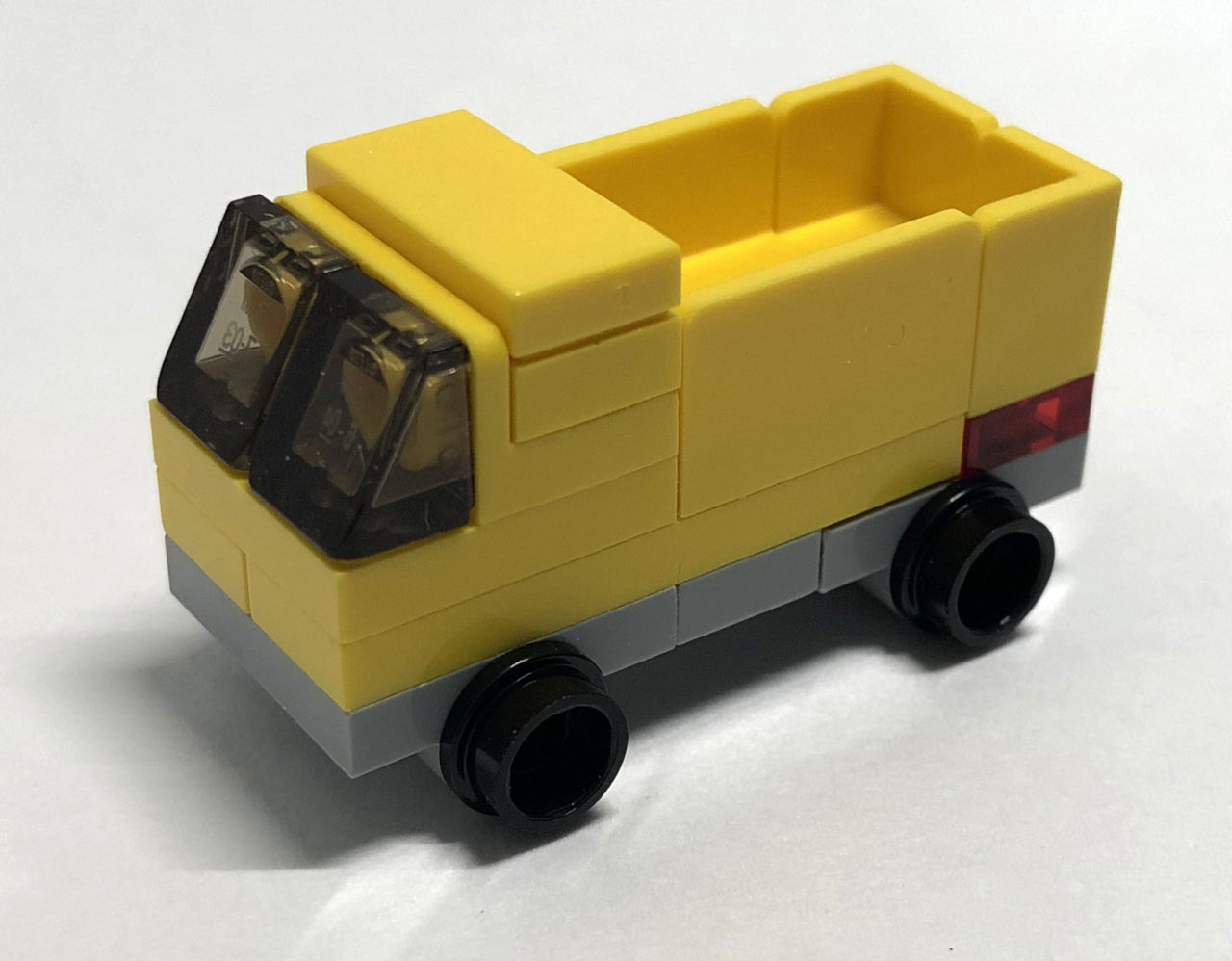 You know, I think that this is a dump truck. Or maybe just some weird new Amazon hauler designed to make certain your package is exposed to as much of the environment as possible to maximize damage before they deliver it to the wrong address and make you go pester all of your neighbors to find out who has it*.

This is better than the Police Station, and not a bad little build, I guess, but the proportions of it just feel off. The general style of these micro vehicles is likely going to get repeatedÂ a lot between now and the 24th, so hopefully further vehicles just do it better. Going to call this one more of a dud than a hit, mostly because the truck bed should be wider.

*based on a true story… I live in a duplex and probably 1 in 3 packages get delivered to my neighbor. My delivery instructions have becoming increasingly disrespectful to the drives that either can’t or don’t read them. 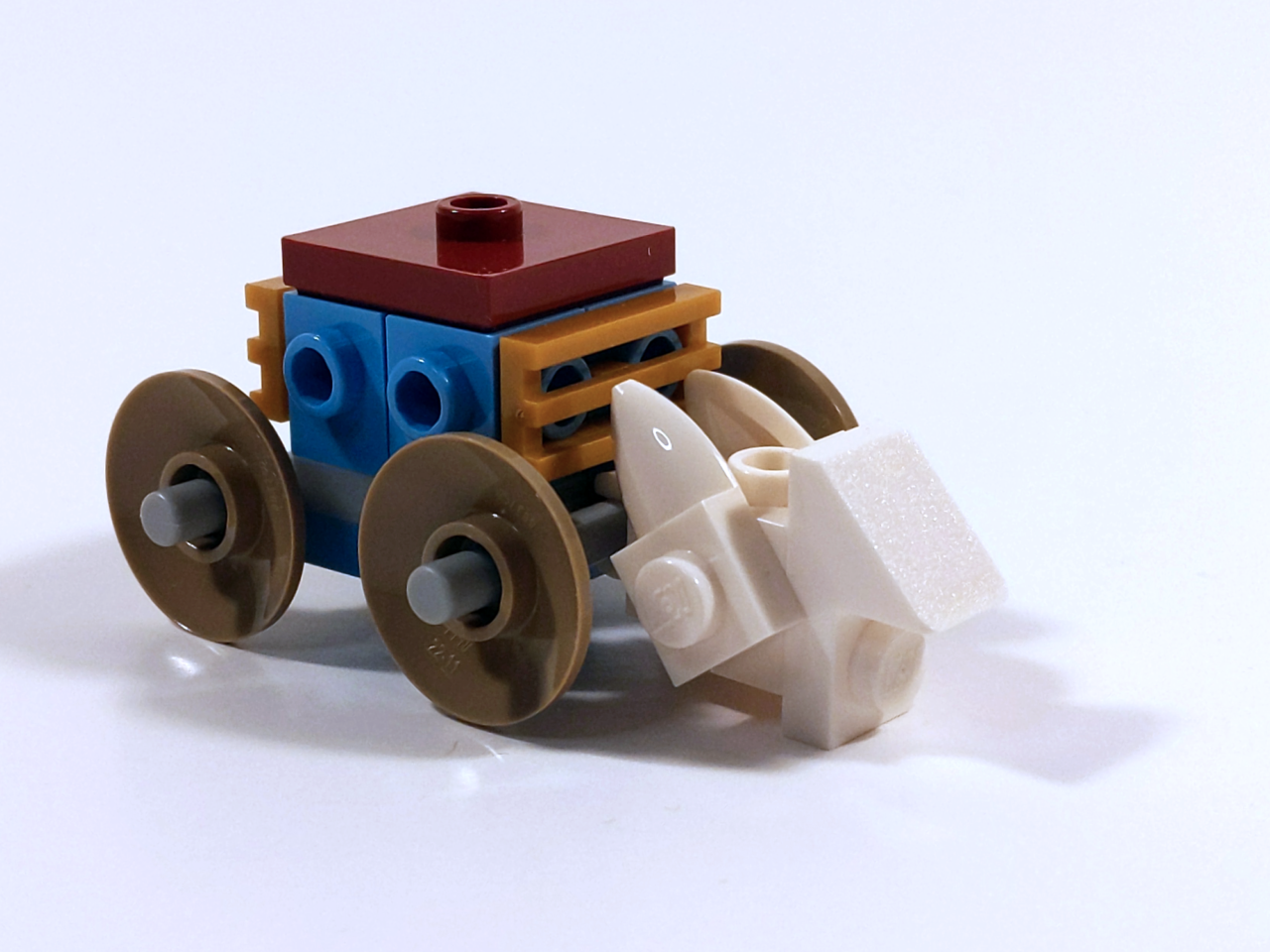 It’s the Beauxbatons Carriage! Complete with a Pegasus! It’s so cute! These little models are so fun to build, and I love to see how these designers can make something so recognizeable in so few pieces. That Pegasus is made of 4 pieces, and I’mÂ lovingÂ it. This calendar has swooned me.

Yesterday’s Mos Eisley building or whatever deserves a farm boy to go with it. Enter Luke: 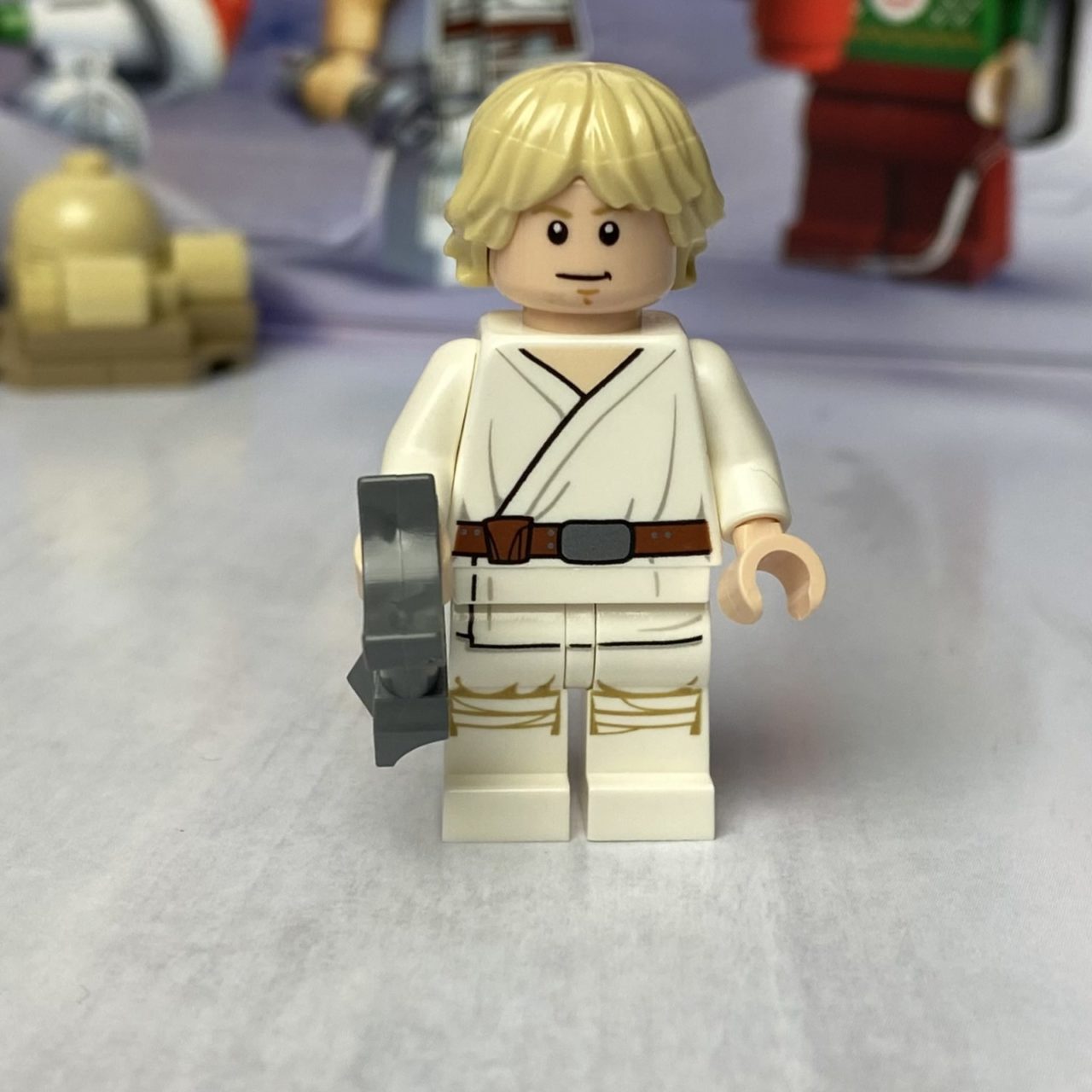 The alt print on Luke’s face is hilariously similar to the other face. Luke’s left eyebrow is a bit lower and the mouthline is just every so different. 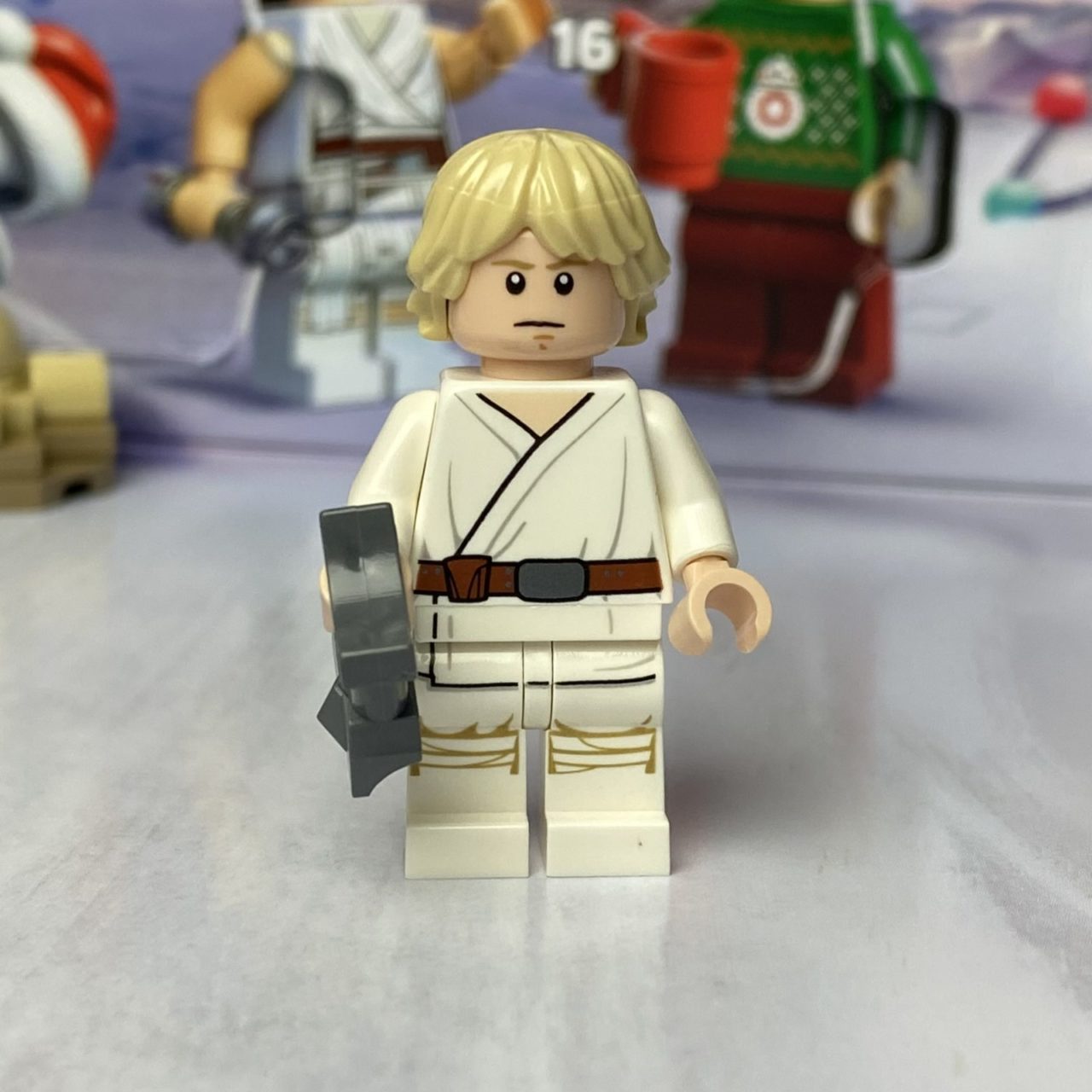 Looks like Luke’s about to step out onto the mound to look for his little R2 unit with the binoculars. Sorry Luke, no R2 here, or -checks the back of the box- anywhere in this calendar.

He’s just fine. Nothing against him. I think it’s been so long since I’ve acquired a Tatooine Luke figure, that this one might be all new to me from the face prints, to the torso, the printed legs, even the hair. Yay.