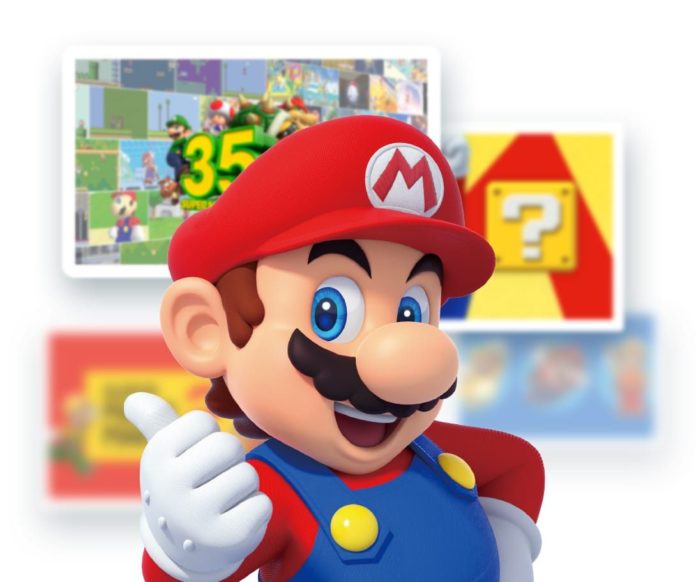 Nintendo updated the My Nintendo mission over at the 30th anniversary Mario site. There’s no picture of the second pin set, or if there’s anything else being offered in Wave 2. The good news is that they only added two new missions on top of the previous six: “Play Super Mario Bros. 35” and “Redeem a code from Cold Stone Creamery”. The bad news is you have to pay for a bunch of stuff. 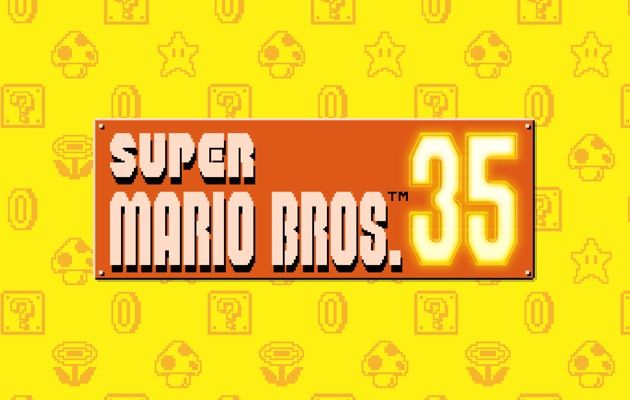 Super Mario 35 is their new Battle Royale online game in the same vein as Tetris 99. You play a level of Super Mario Bros. and as you progress and defeat enemies, they are sent to your opponents. The last Mario running is the winner. You’ll need to be a Nintendo Switch Online member to get the game and I doubt a trial subscription will work but I’d love to be wrong about that. You can play Super Mario 35 from now until March 31, 2021. 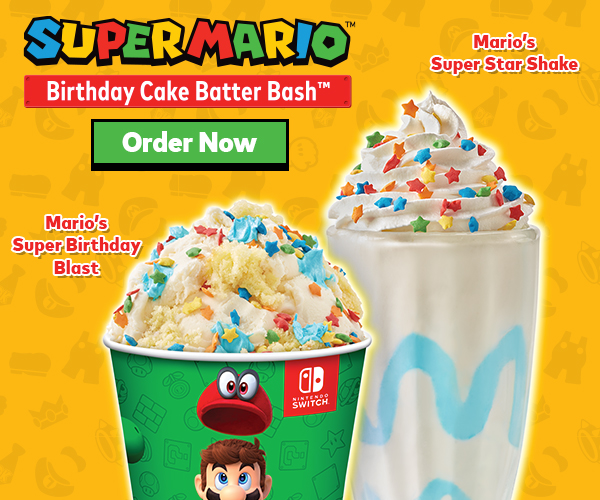 This one’s a bit more difficult to nail down. The few Cold Stone shops I called yesterday were just starting to get their signage up and had very little idea of what I was talking about whenever I asked about a code. This is what the mission says:

From 9/30 to 12/15, you can receive a My Nintendo code at participating Cold Stone CreameryÂ® stores (or online orders) on qualifying purchases. You must be a My Cold Stone ClubÂ® Rewards member and use your account at the time of purchase to be eligible to receive a code to complete this mission.

Visit SuperMario35.com and click the â€œRedeem here!â€ button at the top. Enter your code and click submit.

Redeeming the code will also give you 100 Platinum Points.

It doesn’t specify that you have to buy any of the Mario themed flavors, but I’m going to guess you have to. The catch is that you have to be a My Cold Stone Club Rewards member in order to get it. The Cold Stone Creamery website is worthless for any more information. If you’re successful getting a code, leave a comment. Meanwhile, I know what I’ll be doing this weekend.

Previously, it was discovered that you only needed to complete 5 out of 6 missions to qualify for the pin set from Wave 1. Wave 2 rewards haven’t been posted yet so it’s unknown how many out of the 8 you need to complete to get the second pin set. It’s impossible now to do the Mario Kart Tour mission so I’m guessing at most 7 out of the 8.

All The Super Mario 35 My Nintendo Missions

Hereâ€™s a complete list of all the My Nintendo missions you need to complete to get the pin half set. Youâ€™ll need to be signed into your account for the credit to appear:

You can no longer qualify for the Mario Kart Tour mission since the in-game event period is over.