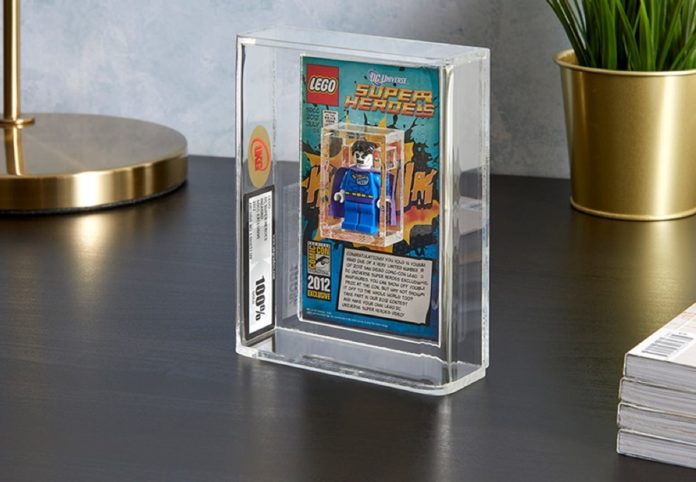 This month’s LEGO VIP raffle is another rare San Diego Comic Con exclusive. From 2012, it’s Bizarro from DC Comics. That year’s set of minifigs were attached by the legs to a plate and then the plate was glued on to a cardboard back. It wasn’t the most secure method of attaching figs and there was no plastic clamshell to secure everything together. Keeping the cardboard undamaged was pretty challenging as well. The prize you get in the raffle giveaway looks like it secures the minifig in its own acrylic compartment and protects the cardboard backing. It is, as always, graded by some self-righteous authority that really doesn’t mean squat but I guess it’s important for some people.

Each entry costs 50 VIP points and you can enter up to 15 times. I’m a little late to the party because you have until August 2nd, 2020 to enter. Good luck!