Mario Kart Tour is now available for pre-order on iOS and Android. The release date for Mario Kart Tour is set for September 25, 2019. You’ll need to open those links on your mobile device to do it so fire up those phones and get to it. If you don’t have one yet, you’ll need a Nintendo account in order to play it. And if you do, once it’s downloaded, you’ll be able to link your existing account to the game.

I was super excited for this way back when Nintendo first announced it. My expectations have tempered a little ever since I experienced the disappointing Dr. Mario World. I realize that Nintendo was not the developer of Dr. Mario World but still, their name’s all over it and it left a bad taste. Nintendo IS however the developer for Mario Kart Tour so I have no doubt the game play will be on par.

The game features new tracks inspired by real-life locations like New York, Tokyo, and Paris. The game is, most surprisingly to me, played vertically and not horizontally. Much like Super Mario Run, it appears that the game is meant to be played with one hand with auto0-acceleration and simplified controls.

There is one thing that I am NOT looking forward to and that are the\ in-app purchases: 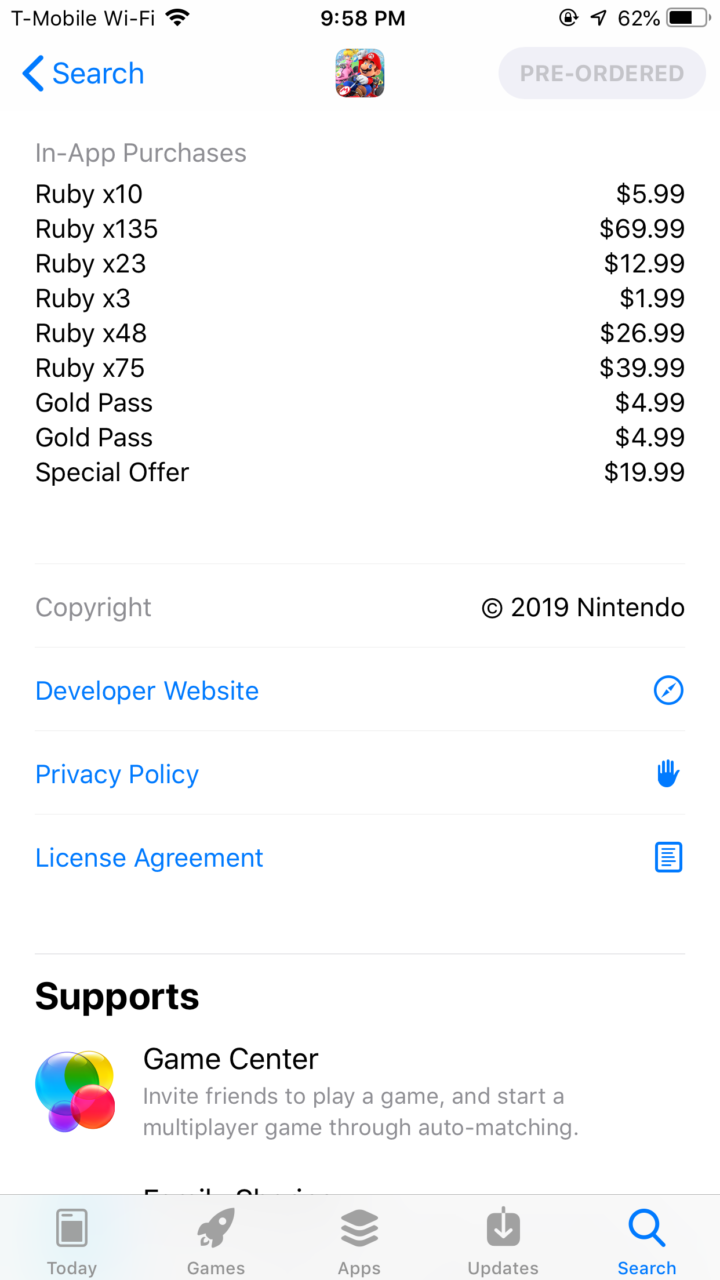 I have no idea what rubies are used for, what “Gold Pass” will get you, or what the “Special Offer” is. I just hope these aren’t pay-to-win items. I don’t mind paying for a game to support the developers and support the development of future games, I just don’t like the feeling of being fleeced for either my time, my money, or both.

We’ll see how it all pans out come September 25th.