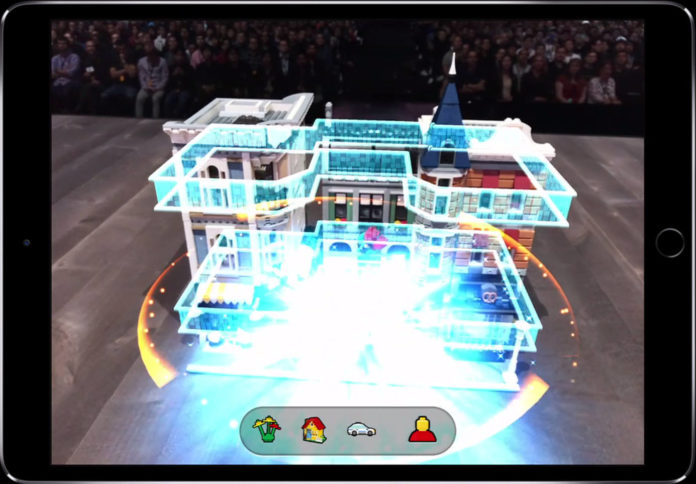 Augmented Reality was one of the bigger reveals at today’s Apple Keynote. They are banking on it being the hottest tech for years to come. It’s not something new to The LEGO Group as they’ve been dabbling in augmented reality for awhile now. They have or had for some time a set up in their retail locations where you can scan in a box and a visual representation of the model would show up on the screen. I remember seeing a Batman AR app with the Tumbler at Comic Con one year. So today, during the part of the keynote where they talk about the new ARKit 2, they brought out Martin Sanders, Director of Innovation at The LEGO Group, to demonstrate what they’ve been working on with the new kit. 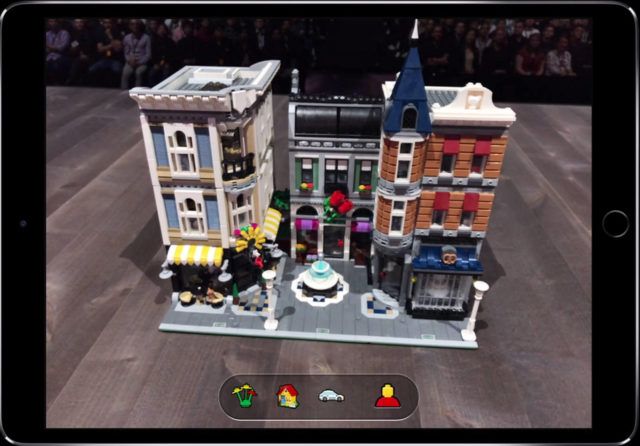 The little demo is worth watching but if you’re at work and can’t watch, I’ll do a brief breakdown of the demo. First, they scan a built up Assembly Square set and there’s a little light show to acknowledge the scan was successful. 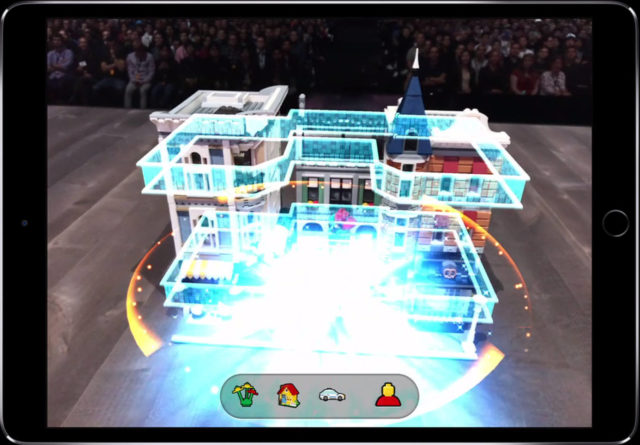 And then a small city is built around the set. The Assembly Square set is the only one on the table, but in the app you see a Downtown Diner set along with a couple of parks. 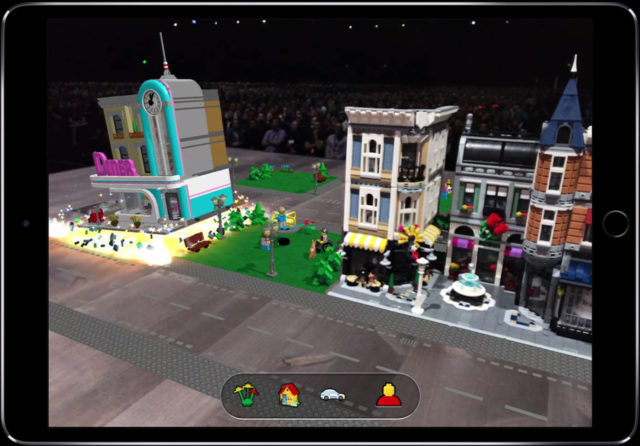 ARKit 2 introduces a new features called “Shared Experiences” which will allow multiple users to access the same scene with the same interactivity. Martin brought out Anders to demonstrate a two-player experience. 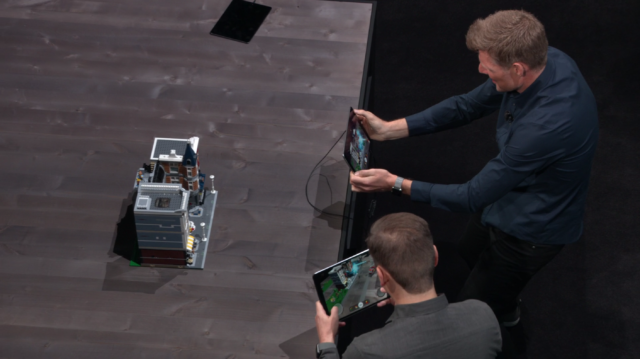 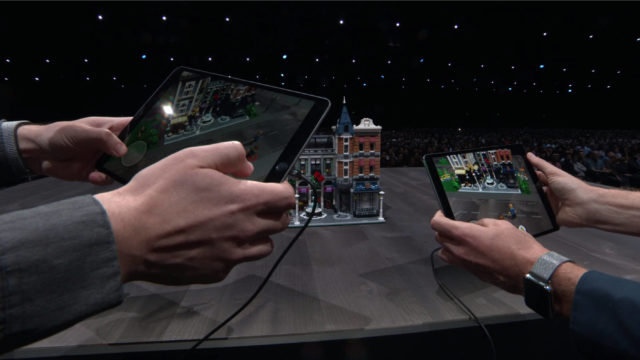 Anders added a vehicle to the scene using his iPad, and as he did that, Martin saw it on his iPad. You can add characters for quest-based play. Characters with quests will have icons appear over their head. 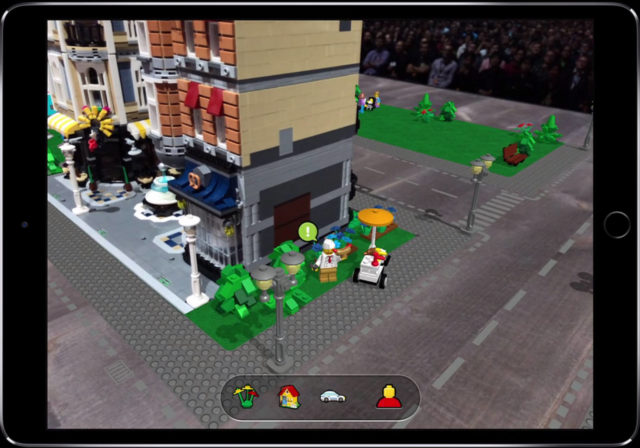 It’s not just the outside of the building. You can move your iPad in and really see inside as well. 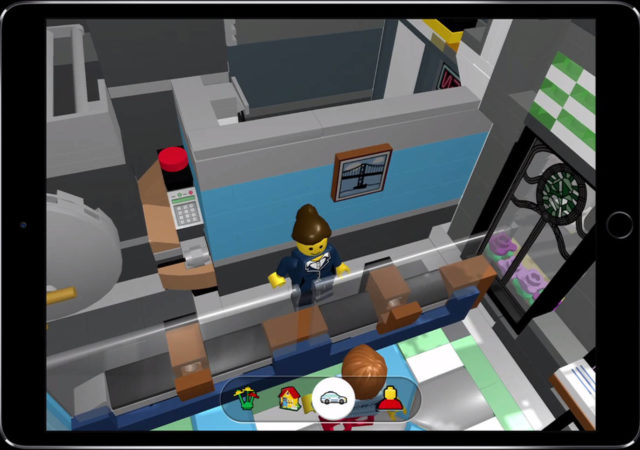 In another part of the demo, the outside walls of the Assembly Square buildings fell away and there were some other interactive quests that can be completed such as bringing in a fire truck to put out a fire. 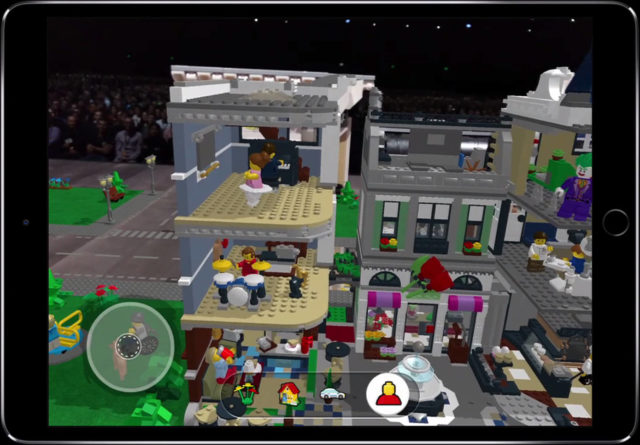 The whole thing is rather fascinating. Mind-blowing really. It’s not just looking at a building, and creating a playspace by adding other objects. There are actual interactive elements, quests, and things to do. And seeing LEGO Batman and the Joker during the demo makes me think that AR experiences with licensed themes is a real possibility. Martin stated that we’ll be able to see AR-enabled sets later this year. ARKit 2 is part of iOS 12 and Apple will release that in September of this year.

If you want to watch the demo yourself,Â  you can skip right to 23:25 on the Apple Keynote video.