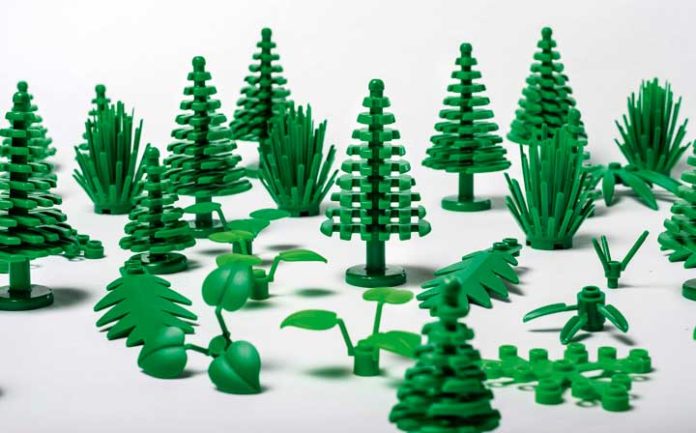 A couple of years ago, LEGO Announced that it was going to try and move more of its stuff to a sustainable infrastructure. Energy in its HQ and offices was the first move, but at the beginning of the month, they made the more interesting move to announce that they were introducing a new material into the bricks themselves.

The move is to use a Polyethylene plastic derived from sugarcane. It’s a softer plastic that we’ve seen used in plants for ages (as well as some minifigure heads and features, the softer wedges, etc). It’s an interesting move, though obviously the main question will be do they feel and work the same? The press released linked lets out a small fact that the types of elements targeted make up 1-2% of the full product line. While that number sounds small, they ship nearly 20 billion parts a year and that adds up to almost 400 million pieces. That’s a whole lot of sugar.

Anything else about LEGO aside, they are sticklers for a certain level of quality and use in their bricks… I have to imagine they tested this out a lot before making the jump to something new.Â From a technical perspective, it should be identical, but chemical processes are fascinating and strange and there could not be foreseen. What I’d be curious about is how do they hold up over the long term, years or even decades after they were manufactured.

The actual press release is pretty interesting, since they are a lot more up-front on some details that I usually rail on, like how “sustainable” isn’t a standard term, it’s usually more marketing than actual stuff. But they also say what they mean by it, which is cool. I rag on LEGO a lot these days, but this seems like a genuinely good step.