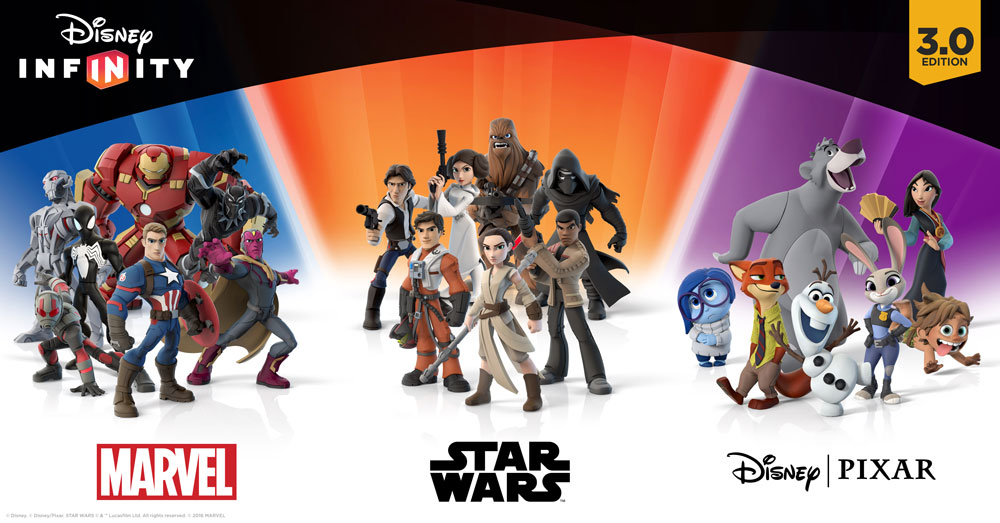 Disney has officially shuttered its Infinity project as of two days ago on May 10, 2016. In a short and sweet farewell letter posted by John Blackburn, Senior Vice President & General Manager, Disney Infinity, he confirms that the studio is closing and thanks the fans for being part of the community. He also confirms that the last two releases are still on schedule, characters from the Alice in Wonderland movie Through The Looking Glass later on this month and a playset for Pixar’s Finding Dory scheduled for a June release. Infinity attempted to bring together the Disney properties of Marvel, Star Wars, Mickey Mouse, and numerous film franchises into a single gaming experience. A Rogue One expansions was in the works but is now shelved forever.

No reasons cited for the closure, but like all game studio that go way of the dodo, it would have to be for financial reasons. With Skylanders having the majority of the toys to life marketshare, and increased competition from more players in that space, LEGO Dimensions being one of them, it became increasingly difficult to stay competitive, innovative, and most importantly, profitable.

The MSRP of LEGO Dimensions sets have been decreasing over time ever since the holidays and there have been multiple opportunities to get packs for 75% off. It would not be surprising if LEGO Dimensions is facing the same uphill battle that forced Disney to make the difficult decision to close its game studio’s doors. With E3 right around the corner, we’ll soon be hearing news about the future of the LEGO Dimensions, assuming there’s a future at all.