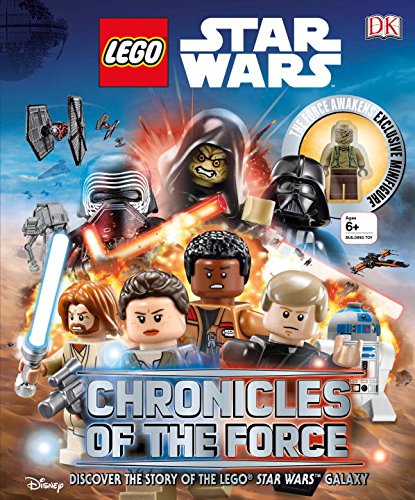 Earlier today, while I was pre-ordering two copies of the new DC Super Heroes Encyclopedia on Amazon (my daughter has decided she just loves Pirate Batman after watching the new LEGO cartoon), a book I’d never heard of showed up in the “People Also Bought…” message: LEGO Star Wars: Chronicles of the Force.

Somehow, this book sort of slipped under the radar of everyone here, though other placesÂ caught wind of it last year (the official announcement for the product was back in February). It includes an exclusive figure, Unkar’s Brute… which, frankly, is a bit underwhelming. But hey, I get one more person for Rey to beat the crap out of when I get the book, so there is that.

You can pre-order the book right now on Amazon.com, and it’s schedule to be released on June 7th, 2016.