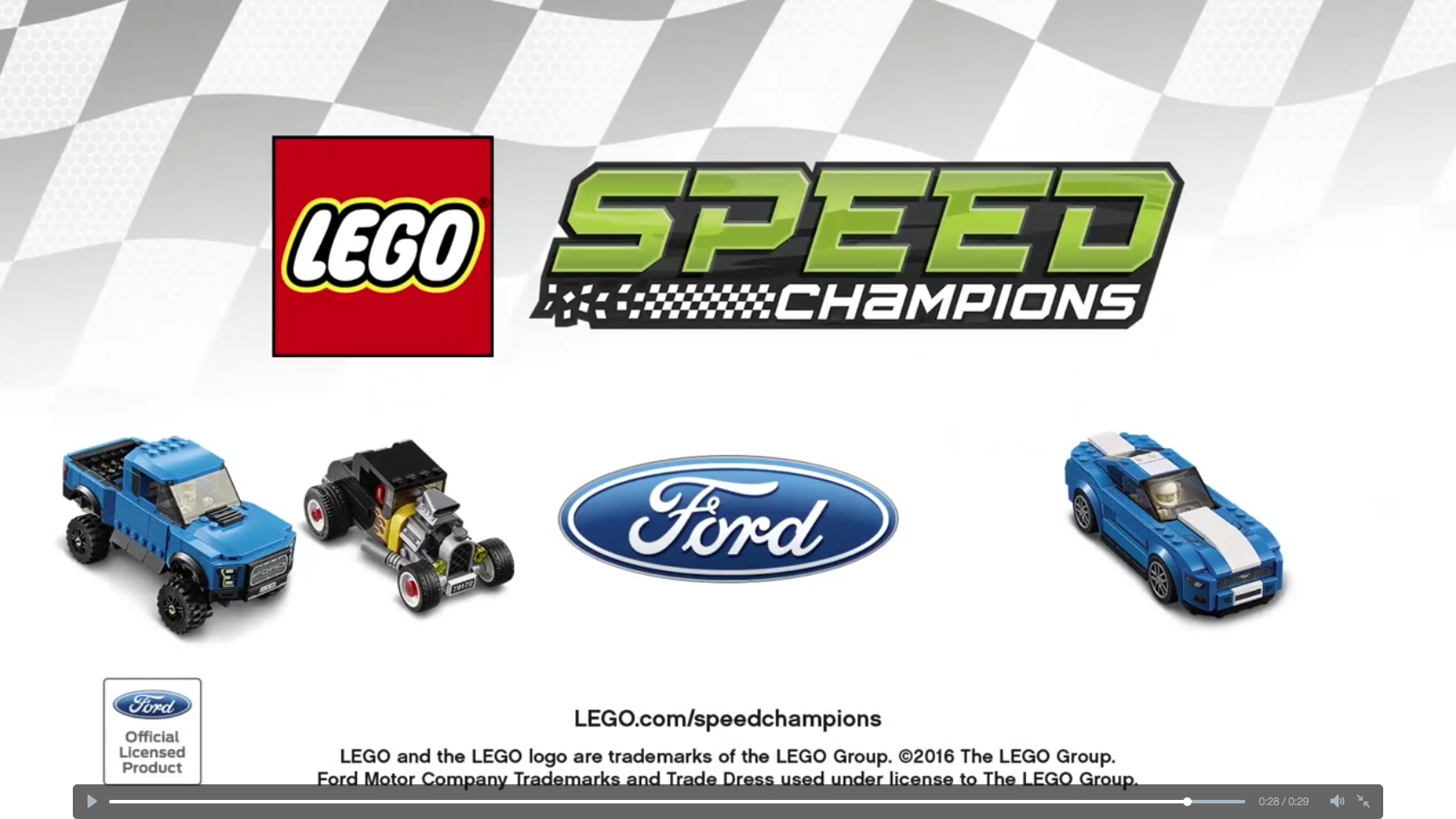 The below tweet came out of Ford’s Twitter account a few hours ago officially announcing their partnership with LEGO and their LEGO Speed Champions line. At the end of the video you get to see the three sets to come from the license: a blue Mustang, the Hot Rod that is featured in the video, and an F-series truck that looks an awful like a lifted F-150 Raptor. If a navy blue with white stripes Ford GT in the scale and size of the other large Creator cars is ever made, I might just die.

The #Ford @LEGO_Group Speed Champions are here! Avail. for purchase March 1. Which is your favorite? #FordNAIAS https://t.co/VwmUYmgJJc