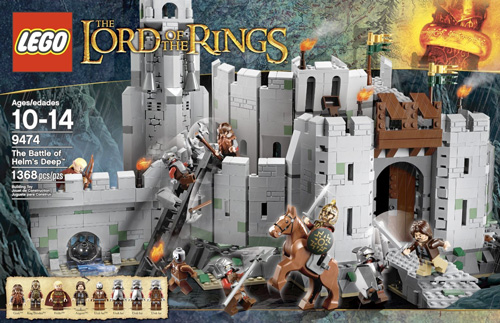 If you’re like me and stuck at home today cause you’re watching the kids and don’t want to go out in the rain, you can take advantage of several LEGO deals in Amazon’s Gold Box

. The sets vary across themes and price points but I’m sure there will be things you’ll want to pick up. Gold Box deals tend to be claimed in a seconds so act fast on that mouse. A couple of upcoming deals include 76008 Iron Man vs. The Mandarin Ultimate Showdown, 21103 The DeLorean Time Machine, 79104 The Shellraiser Street Chase, and 9474 The Battle of Helm’s Deep just to name a few. The Gold Box price will be an additional discount on Amazon’s current selling price for the set.

Thanks again to Gooker1 for the tip.