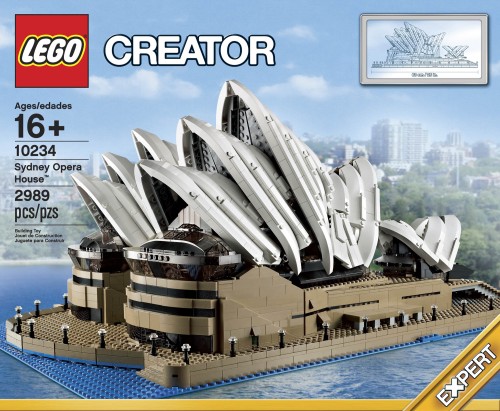 Unveiled moments ago at Brickworld in Chicago, LEGO has pulled the curtain back from their latest Shop@Home exclusive, 10234 Sydney Opera House. What’s interesting to me is that this set is being released as part of the Creator line and not the Architecture line for which there is already a small scale model of the same building. This set weighs in at 2,989 pieces and will set you back $319.99 US / $379.99 CA. 10234 Sydney Opera House is scheduled for release later this year in September, at the same time as 10236 Ewok Village. More images below, followed by the designer video, and then the official press release. 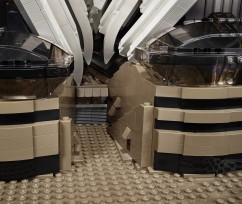 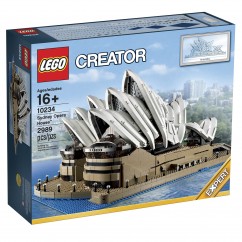 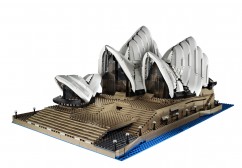 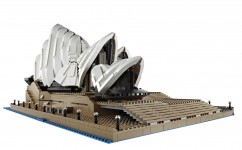 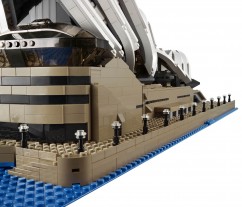 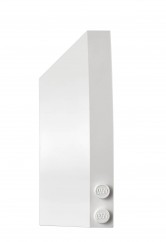 US $319.99 CA $379.99 DE 279.99â‚¬ UK 249.99 Â£ DK 2499.00 DKK
Recreate one of the 20th centuryâ€™s most distinctive buildings with the Sydney Opera Houseâ„¢ model. Build the unmistakable shell roofline, waterfront forecourt and more with this authentic representation of Australiaâ€™s most iconic building. Employ a variety of new and advancedbuilding techniques to recreate the complex forms, angled walls and subtle detailing of the real thing! Collect lots of dark tan LEGOÂ® bricks including the rare 1x1x2/3 stud and 1x2x2/3 stud slopes, as well as a 48×48 stud baseplate in blue for the very first time!