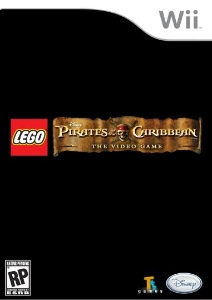 So we all knew about the Pirates of the Caribbean license, right? FBTB broke the news back in July at the San Diego Comic Con. Since then people have been speculating about a possible video game. Well speculate no more as Disney Interactive Studio announced earlier today such a game. Teaming up with the studio that brought you the previous LEGO games, Traveller’s Tales will bring all four films to life in May 2011.

LEGO Pirates of the Caribbean: The Video Game will re-create the action, adventure and memorable moments of the Pirates of the Caribbean mythology in LEGO form, incorporating the humor of LEGO minifigures and fantastic worlds built from LEGO bricks and elements for players to explore. Players can take on the roles of more than 70 characters and experience the pirate adventure, irreverent humor and amazing creatures of the Pirates of the Caribbean films, through action-adventure gameplay and hilariously quirky LEGO cut scenes. Throughout the game, players will also have the freedom to explore environments from the highly acclaimed movie series in more than 20 levels. The game features two-player cooperative mode, in which players each control a character to experience the story together, and freeplay mode, which lets players return to levels to discover new items.