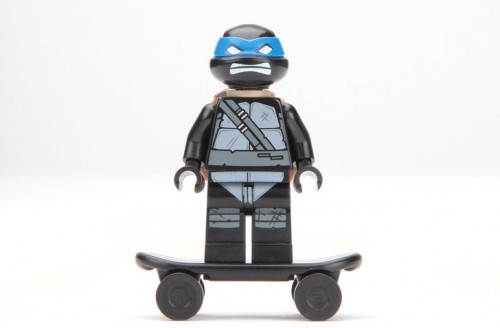 Remember that promotional Dark Turtle minifig from New York Comic Con 2012? Well, LEGO is bringing it back. In partnership with Pocket-lint, you can win one of five Dark Turtle minifigs complete with collectors card and a silver case. There are 400 of these limited edition figures, and each one is numbered. Pocket-lint is only giving away five, so there are 395 more to be had through various other promotions so keep your eyes peeled. Unfortunately, this contest is only open to residents of the UK. I don’t think they will use the same cardbard back as the NYCC figure since those ones weren’t numbered and had some promotional blurb about the line of toys coming out in January 2013. And plus, the skateboard had a sticker on top that had the NYCC logo on it. So it remains to be seen what exactly the case will look like.

Know of any other giveaways involving the Dark Turtle fig? Drop us a line and let us know.