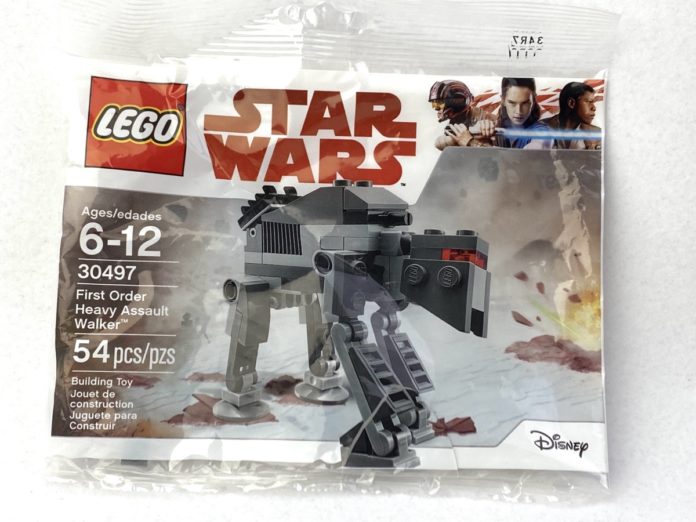 I’m falling behind so let’s get to it.

Yesterday (Monday)’s set, 30497 First Order Heavy Assault Walker, is a mouthful to say. I prefer it’s official model number, AT-M6, even though it doesn’t make a lot of sense. It’s ancestor, AT-AT, meant something. Those letters all had a word associated with it, All Terrain – Armored Transport. Even the AT-ST was short for something. I can’t even fathom a guess what AT-M6 is supposed to mean. 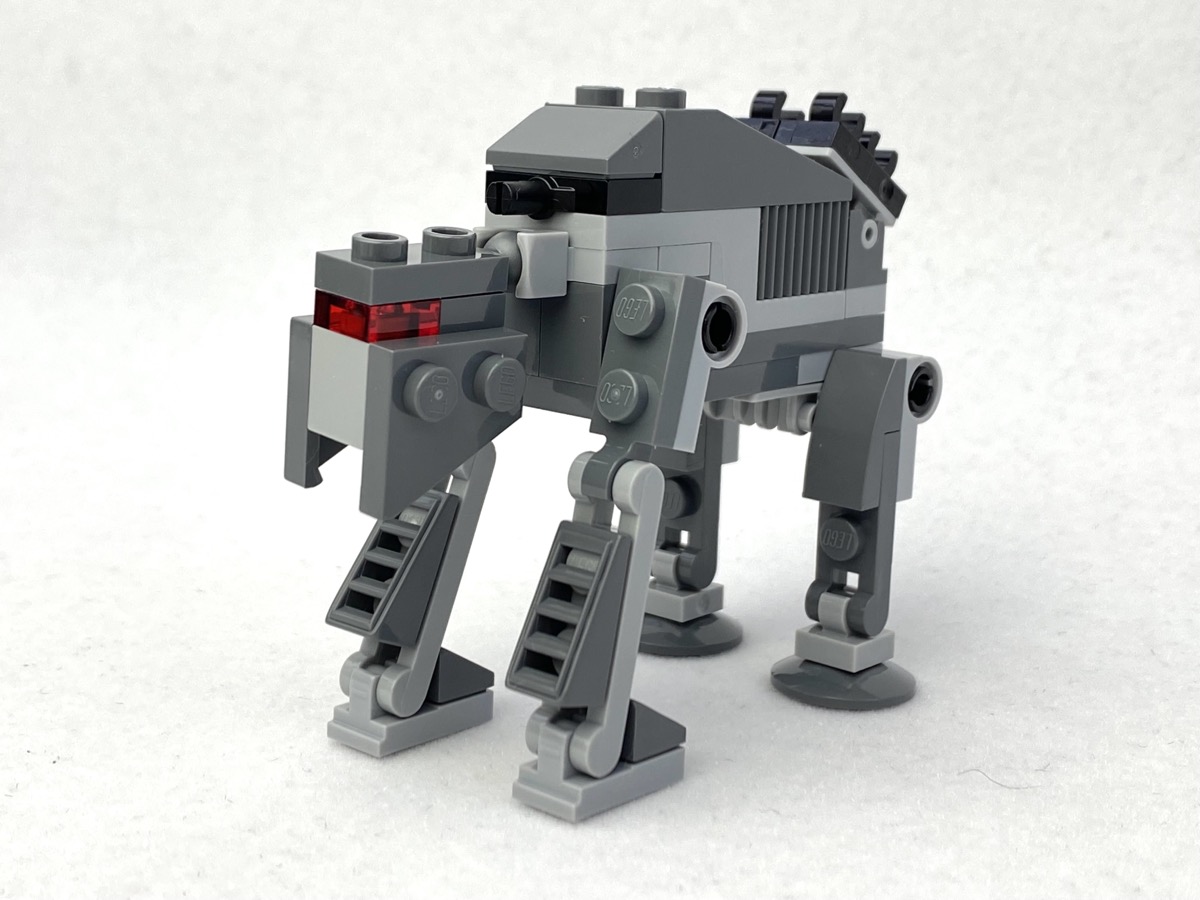 I do like it’s nickname though: knuckle walker. I’m not sure where I heard it from but the story goes that this walker was modeled after a gorilla. Long arms, stumpy legs, and a gait that resembles a gorilla’s knuckle walking. 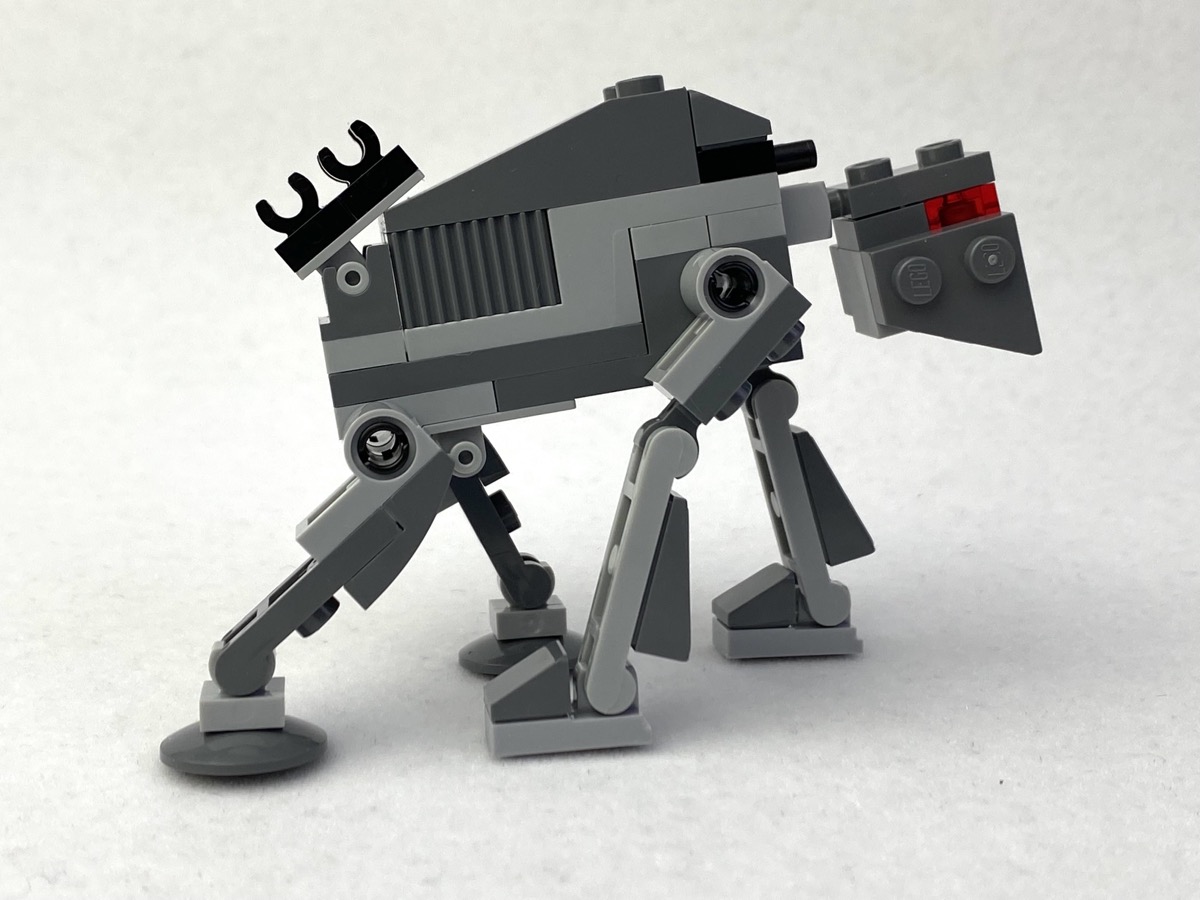 It kinda pulls off, assuming that story is true. The front legs are long but the placement of the elbow joint is too high up. I have a feeling the cheese slopes on the curled hands are placed the wrong way though. 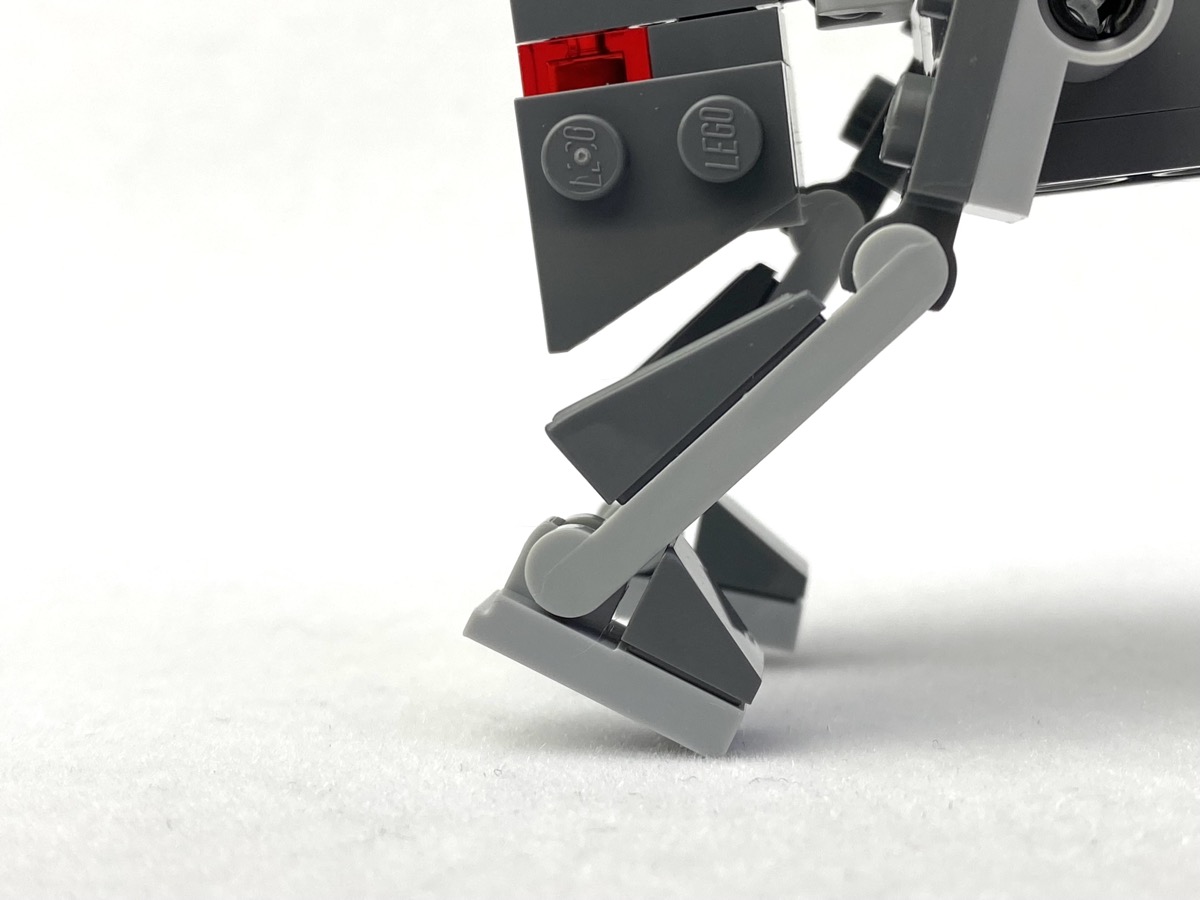 The way the instructions have you set them, it doesn’t give a lot of range of movement making it walk on a stable footing a challenge. 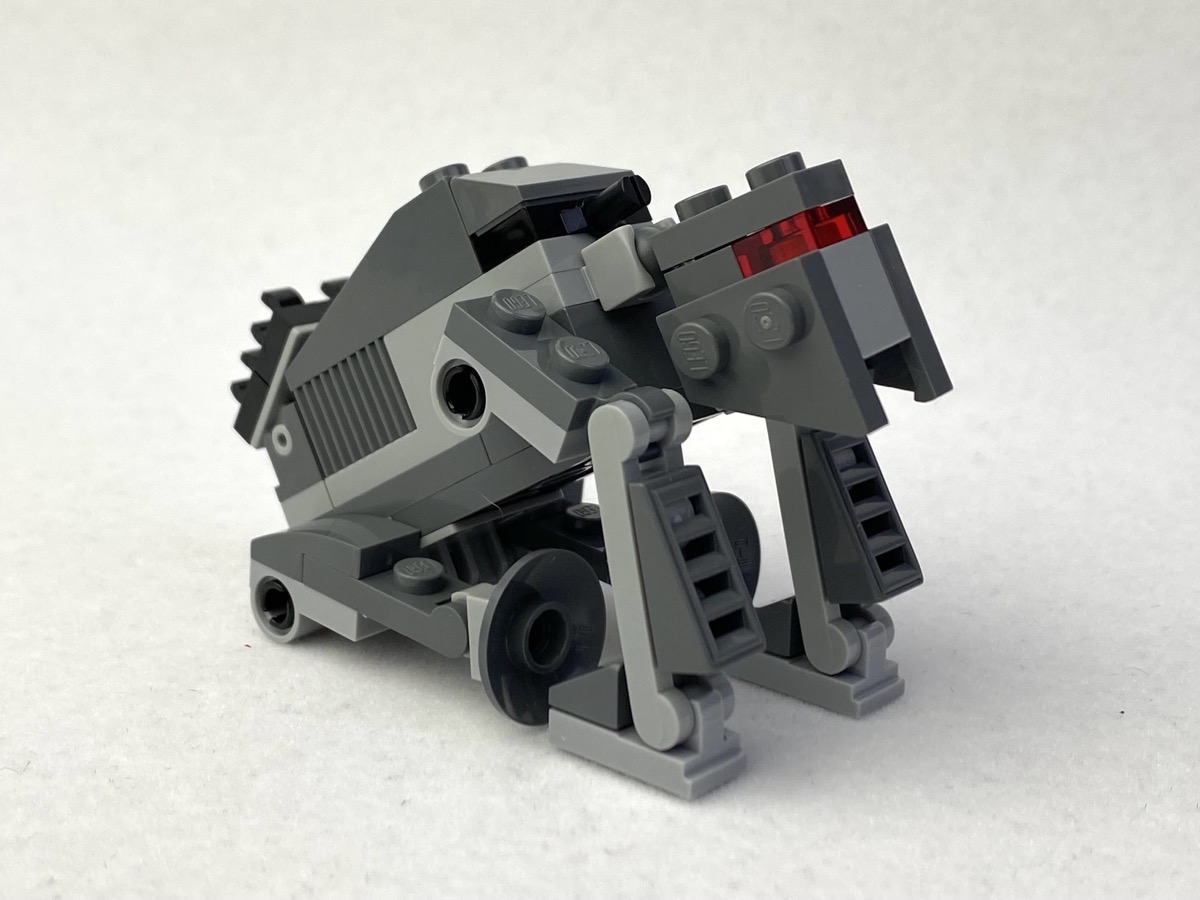 The rear legs lack a joint in the middle of the leg, but the thanks to the pin joint at the hips and the bar and clip at the foot, there’s a lot of range for posing and walking. But if you want the AT-M6 to not look stupid, the wide range of movement is limited to whatever the front legs can do, which, again, isn’t much. 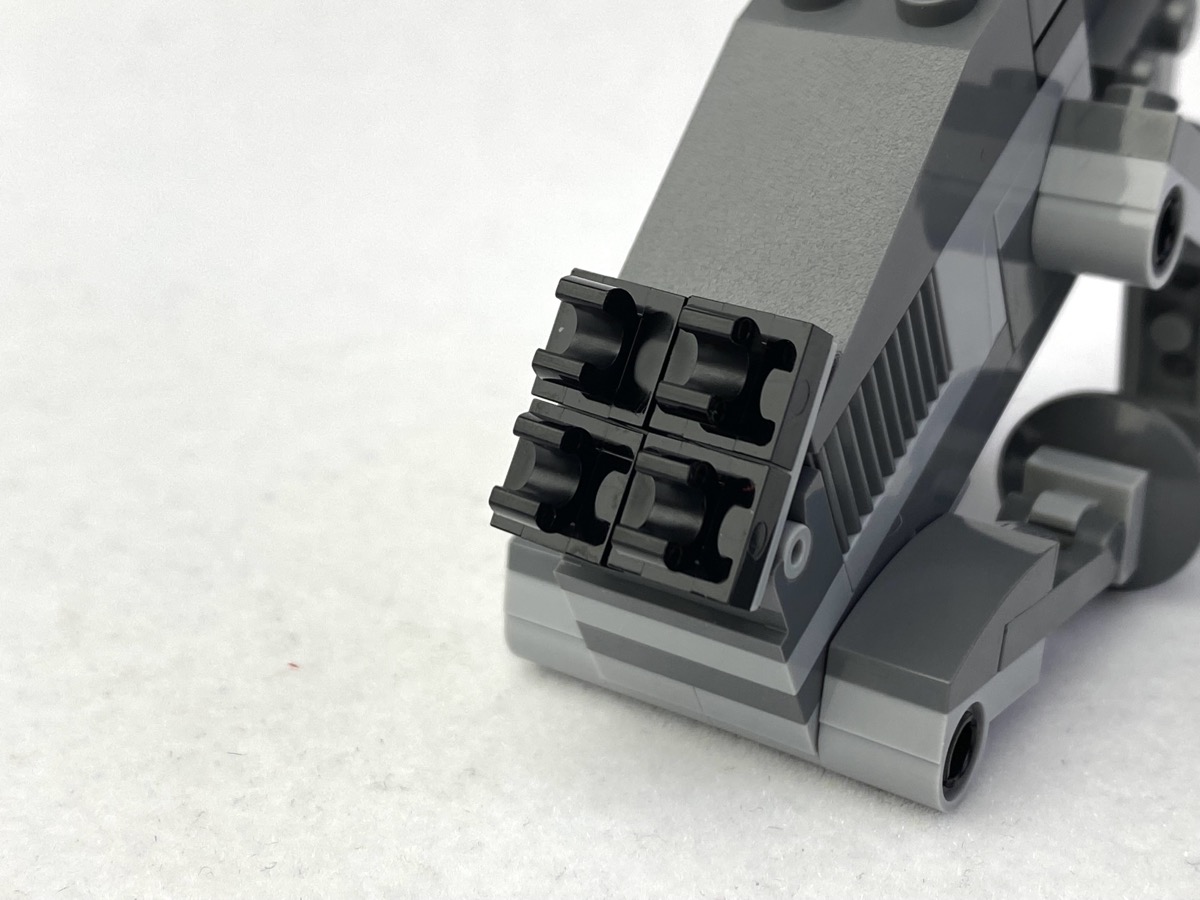 I don’t know what this thing is on the back. I can only trust that LEGO knew what it’s doing when it put that together. I know. That’s a LOT of trust. And it doesn’t help that there aren’t a lot of great photos of the source material out on the web. This image is from the Metal Earth model company’s product of the same walker and from my light googling is the best view of the back: 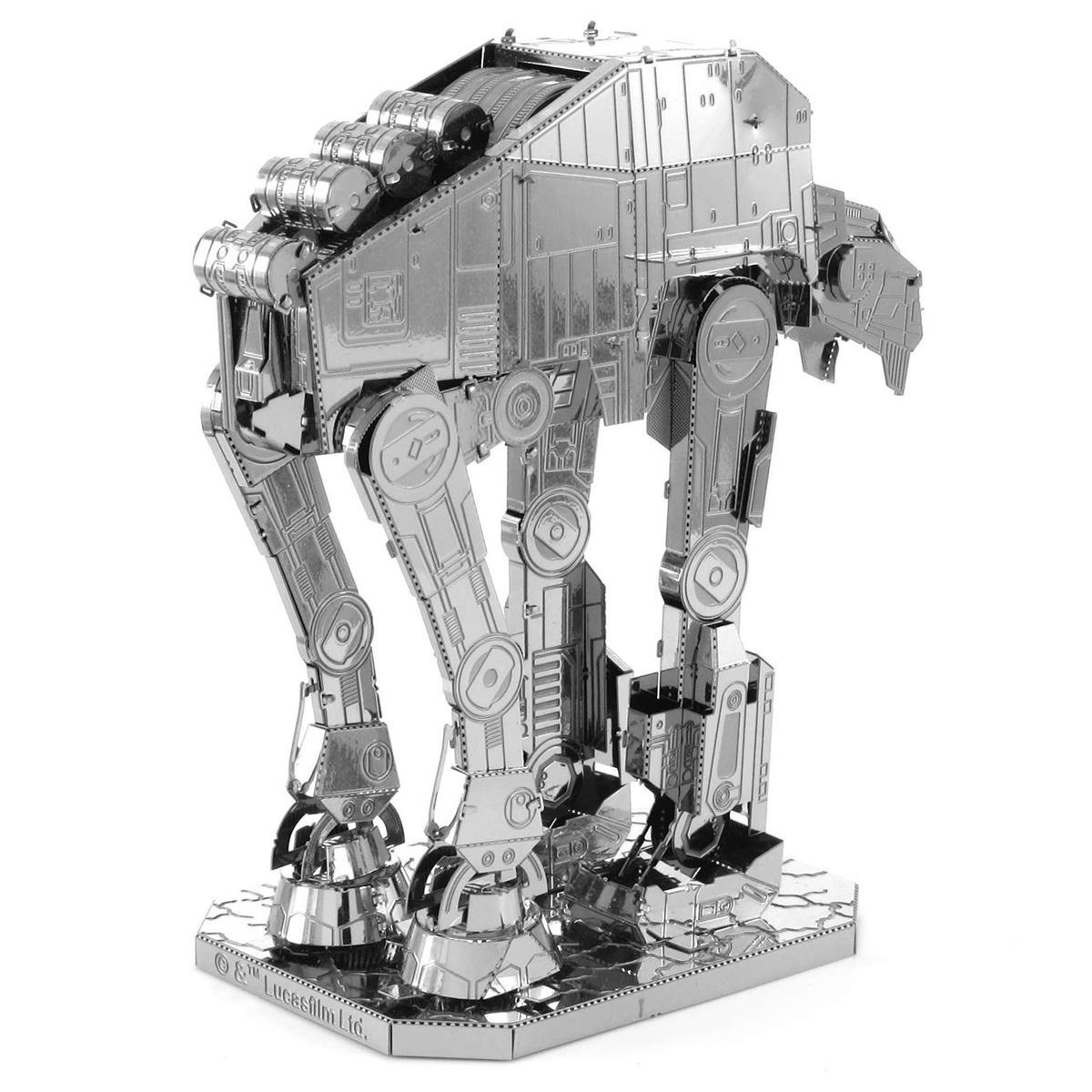 It still doesn’t help and what LEGO ended up doing looks nothing like that. I suppose the roundness of the clips is supposed to be barrel-shaped, but all I see are clips.

My last point of contention is the color blocking. A mix of dark and light greys with too much light grey. Needs to lean more towards all dark grey. 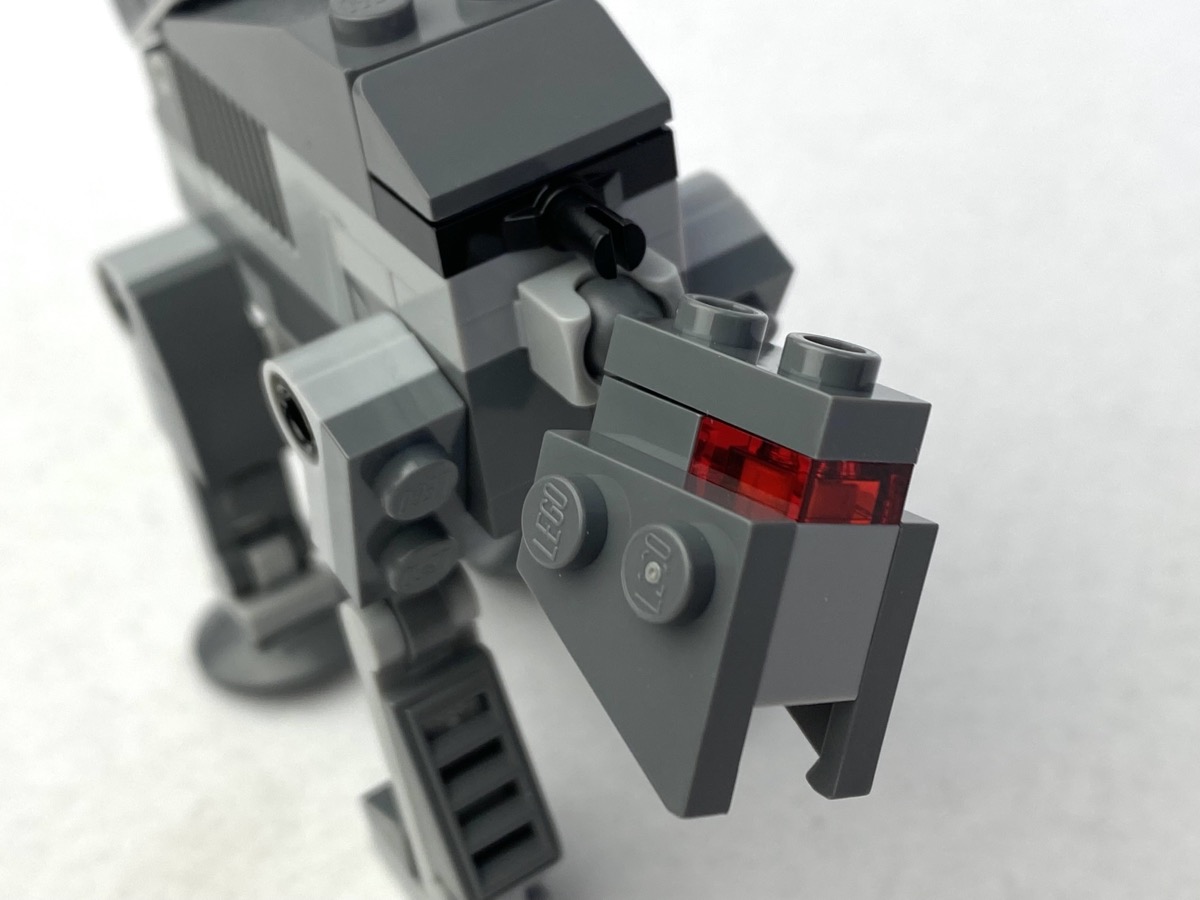 One good thing? The head is done pretty well. It’s mounted with a ball joint instead of just a bar and clip like you would expect. It gives it a bit more personality. And the little detail of the canon mounted just behind it was a nice touch but it’s not enough to turn this turd around.

This set sucks! It looks okay at first glance, but look at it for more than a second or even pick it up and the facade fades away.