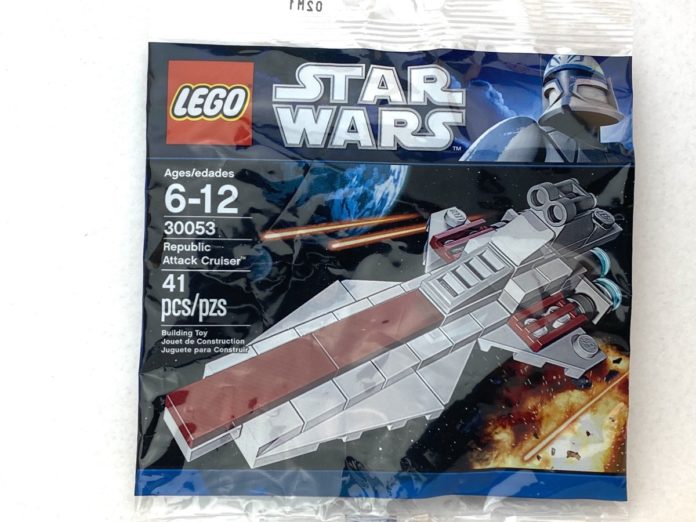 This is it! This is the official halfway mark in this project! And other than a couple of hiccups, like missing yesterday’s post, it’s been going pretty great. The same could be said for today’s polybag, 30053 Repubic Attack Cruiser, because it is pretty great. 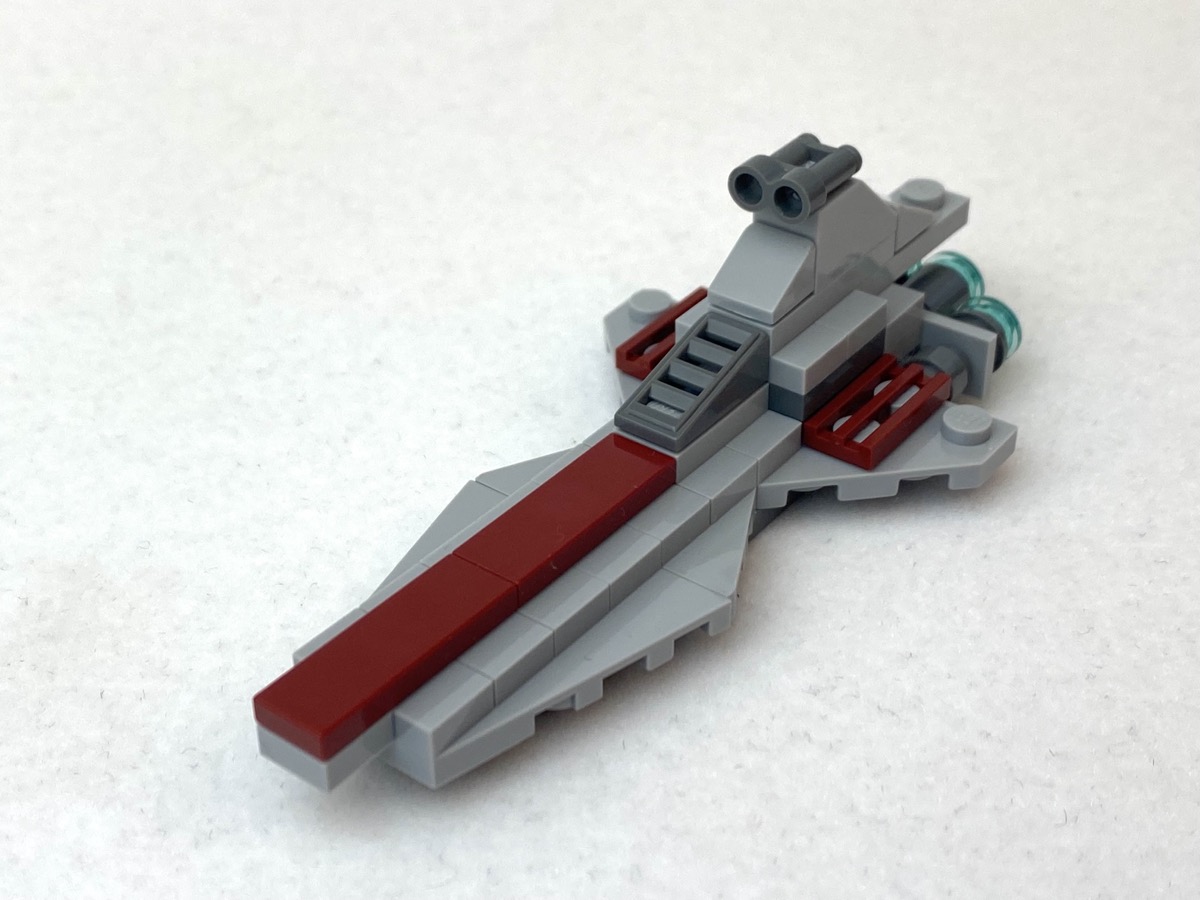 Now, you might think that because we reviewed such an excellent Republic Attack Cruiser already, a coveted Brickmaster edition, that anything less and smaller would be a bit of a disappointment. But you would be wrong because even though this set looks like the Brickmaster version’s little brother, it’s constructed really well and does some neat things to achieve a nice level of detail. 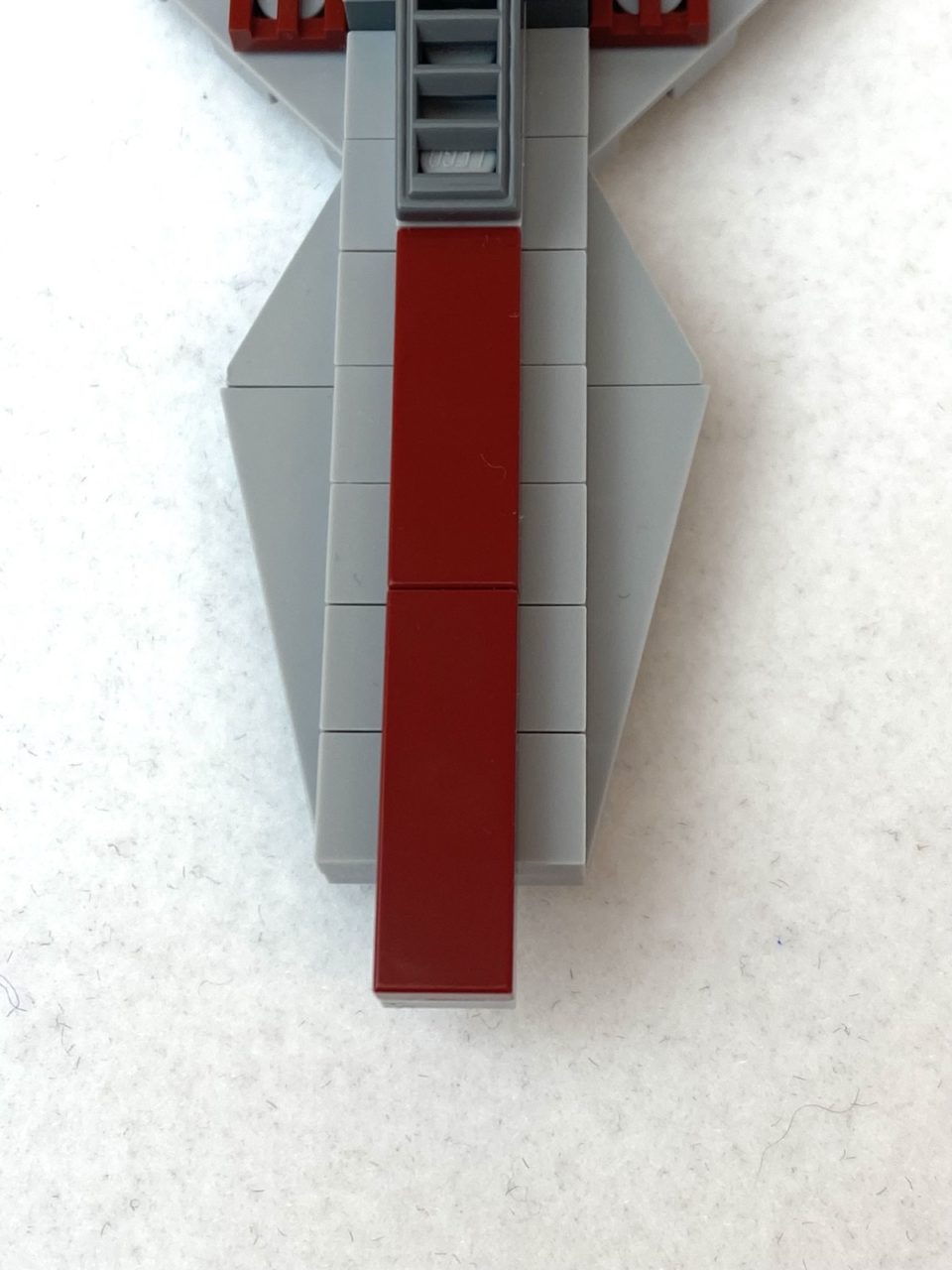 First off, it liberally uses jumper plates to center a 1-stud wide approach to the middle of the ship from the red color block from the nose all the way to the tower. It actually has this neat side effect of smoothing out the ship and make it look more tiled that it actually is and also gives it a sloping effect on both starboard and port side of the ship in the way that staggering LEGO plates can do. 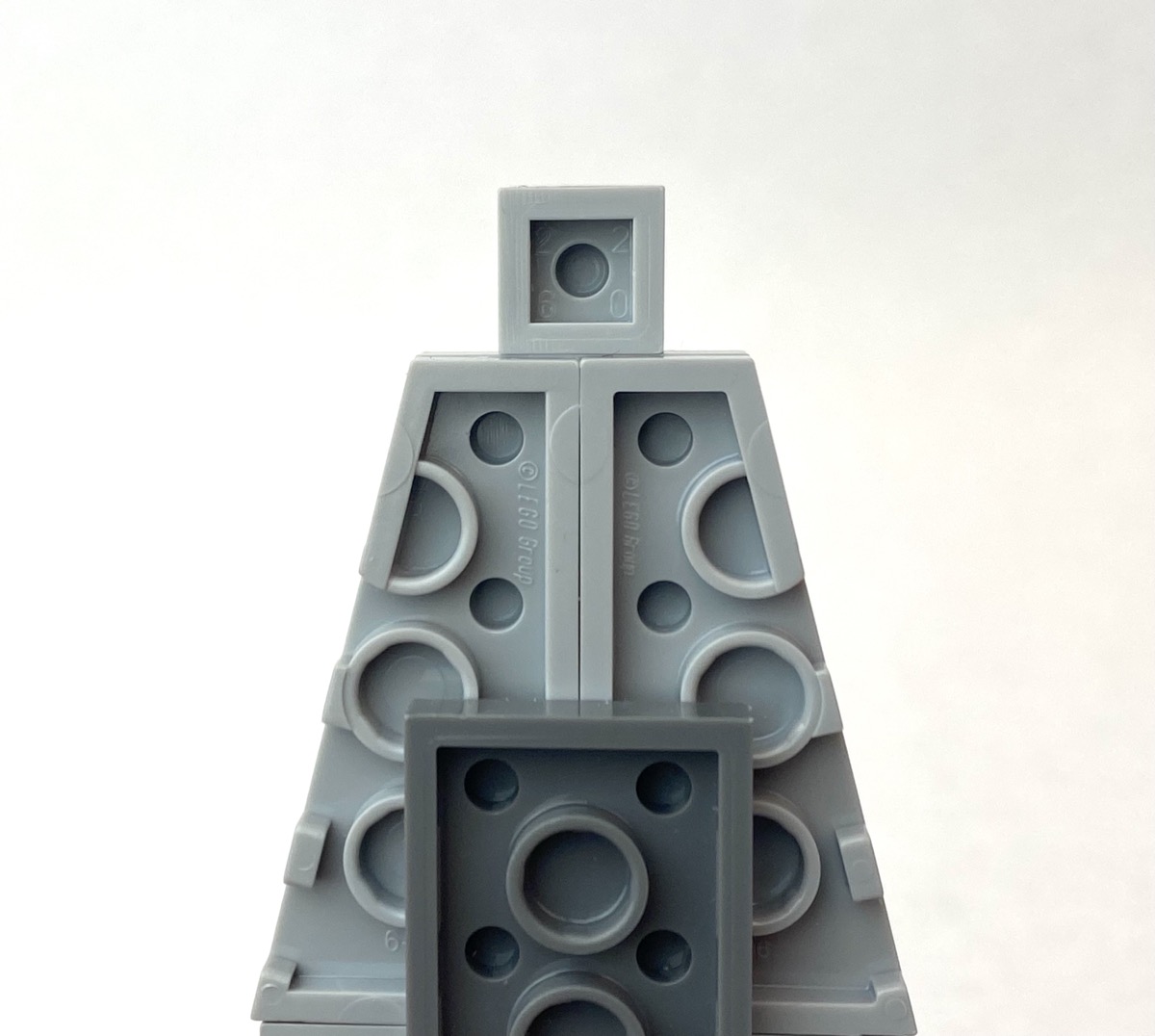 The centered color blocking even extends past the 2-stud wide nose to create a better pointed tip than any other mini capital ship set before it. It’s still not perfect but definitely the best implementation so far. 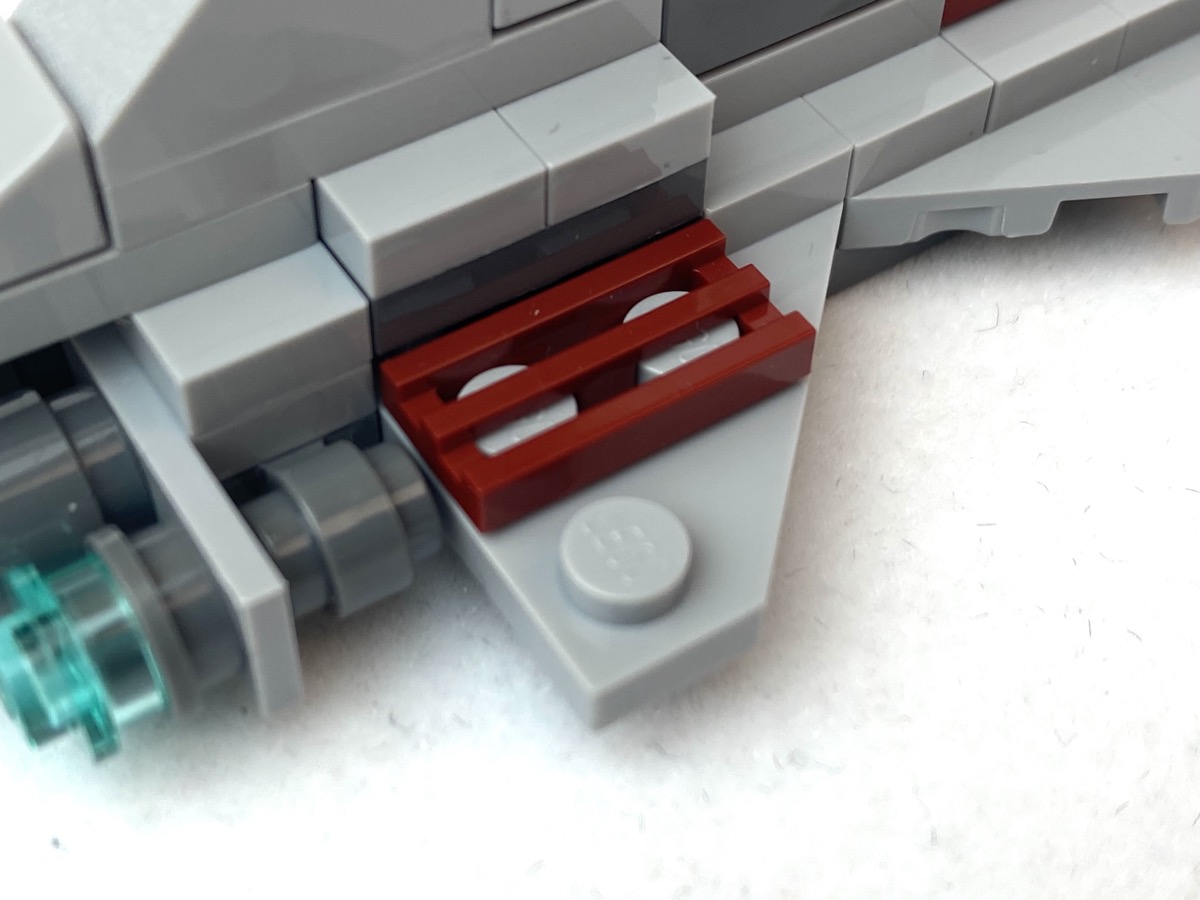 At this scale, the sides of the ship become so small that it isn’t possible to build in armaments like the Brickmaster version had. The grille tiles do add a bit of detail though. 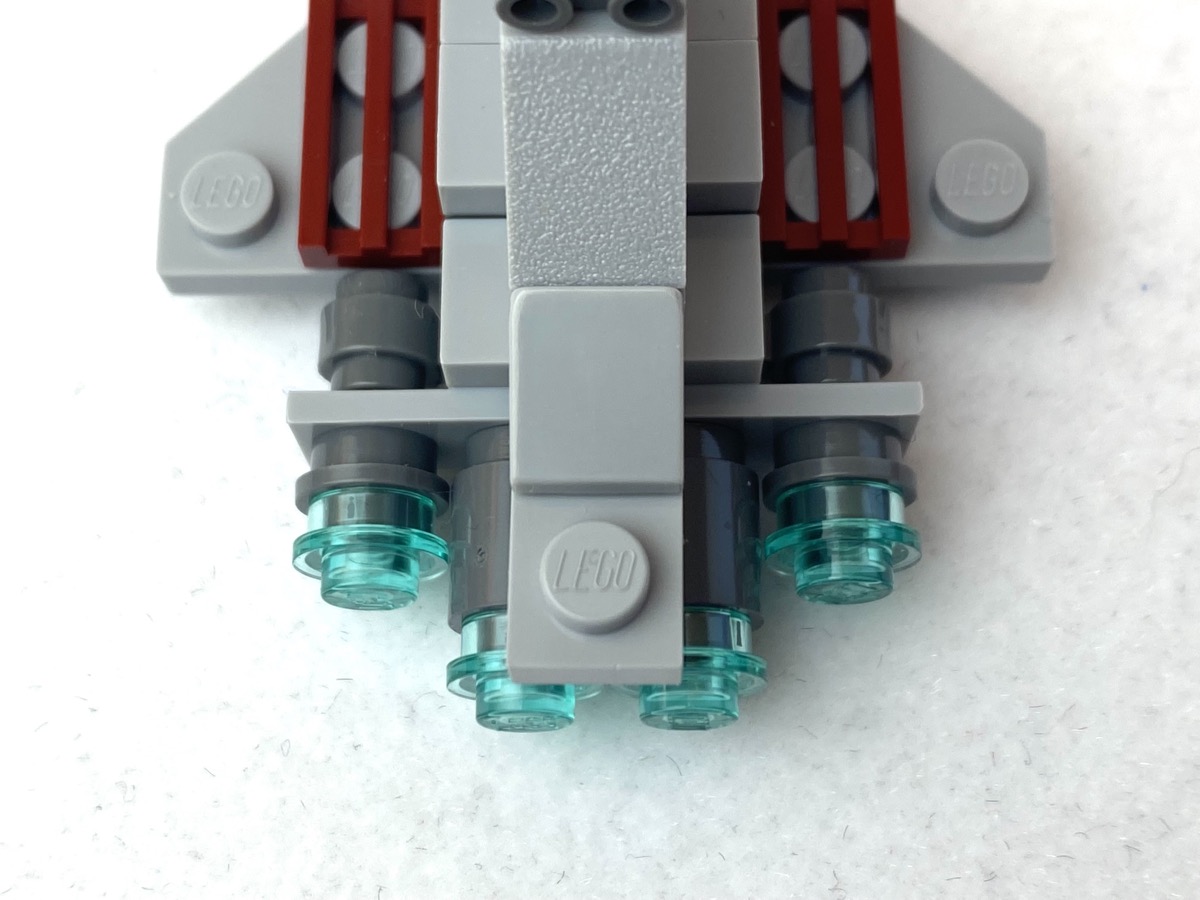 The rear engines, and, again, at this scale. actually seem Goldilocks-sized, just right. The design uses a net trick to put the modified plate with light attachment just in front of the bracket to fake an extension of the thruster and make the two outside ones appear longer than they actually are. 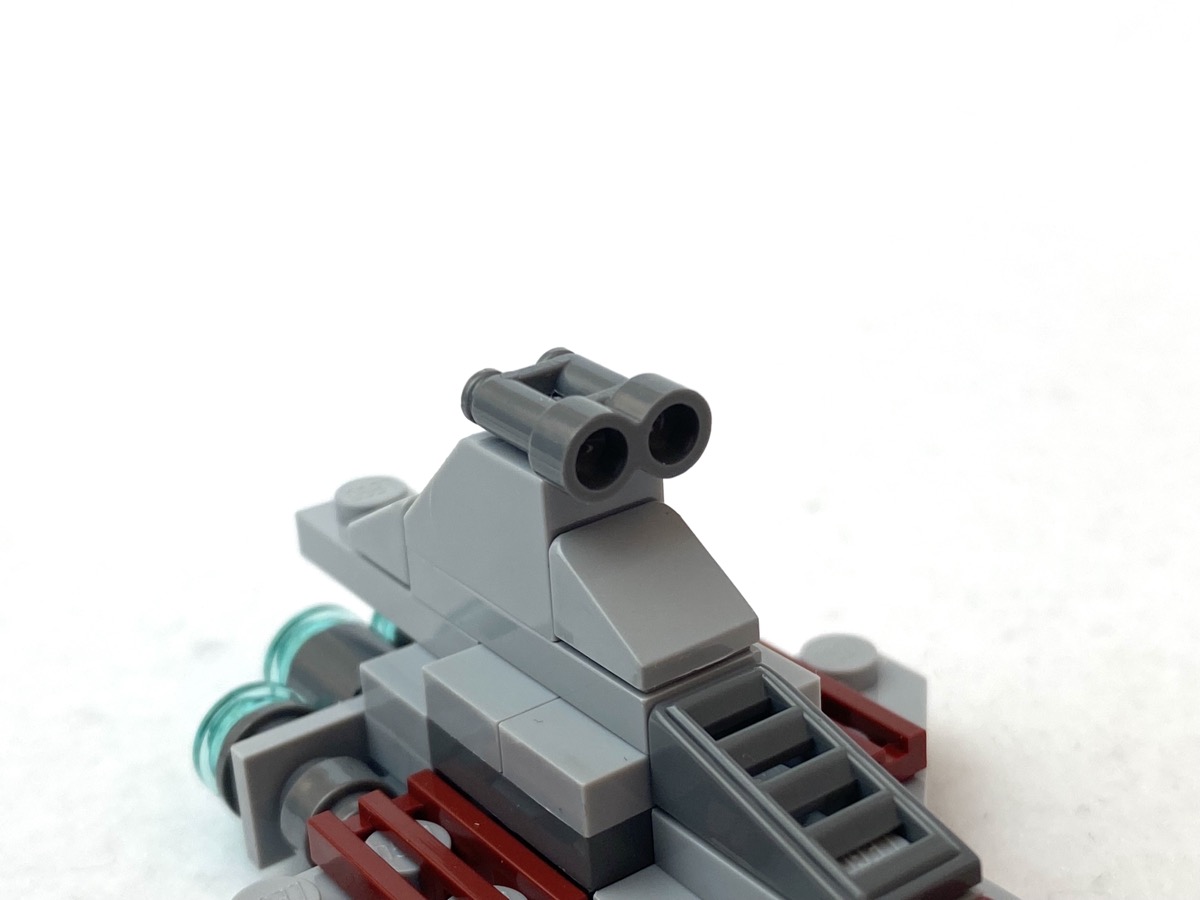 The twin towers is built as a single tower, but the use of the binoculars up top suggests that there are two, and that is good enough for me. The clutch is still stupidly weak but since these aren’t oriented at any weird angle it holds well enough.

This set rocks! This is the only capital-sized ship that doesn’t look ugly. Though it does not stray too far form the overall wedge shape that Star Destroyers are known for, it helps that the Republic Attack Cruiser is different enough that it can be reproduced in such a small form factor with great results. It may not be as robust as the Brickmaster version but that’s how it should be. The premium subscription set should be bigger and better. It’s mass market smaller brother, though, should not be passed up. It’s a great set and a perfect mini.