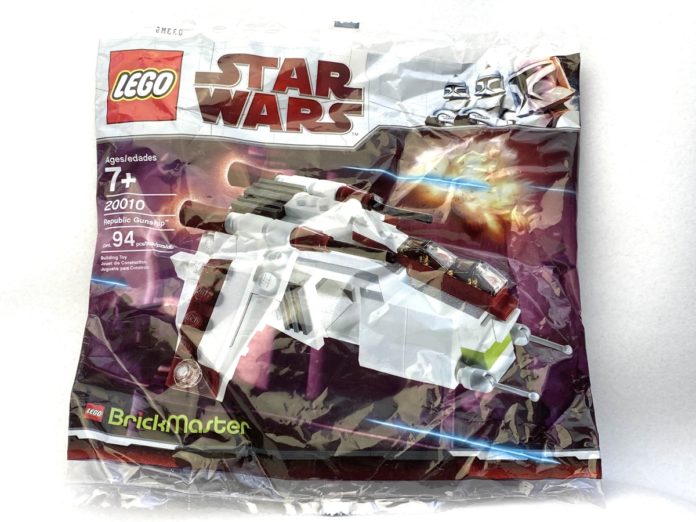 The Republic Gunship might be the most popular ship to come out of the prequels. I sort of equate them to the prequel generation’s X-wing. There have been several iterations and its also been lucky enough to get the UCS treatment. Today’s polybag, 20010 Republic Gunship, is a Brickmaster set and like all of the Star Wars Brickmaster sets we’ve reviewed so far, it is an excellent mini. 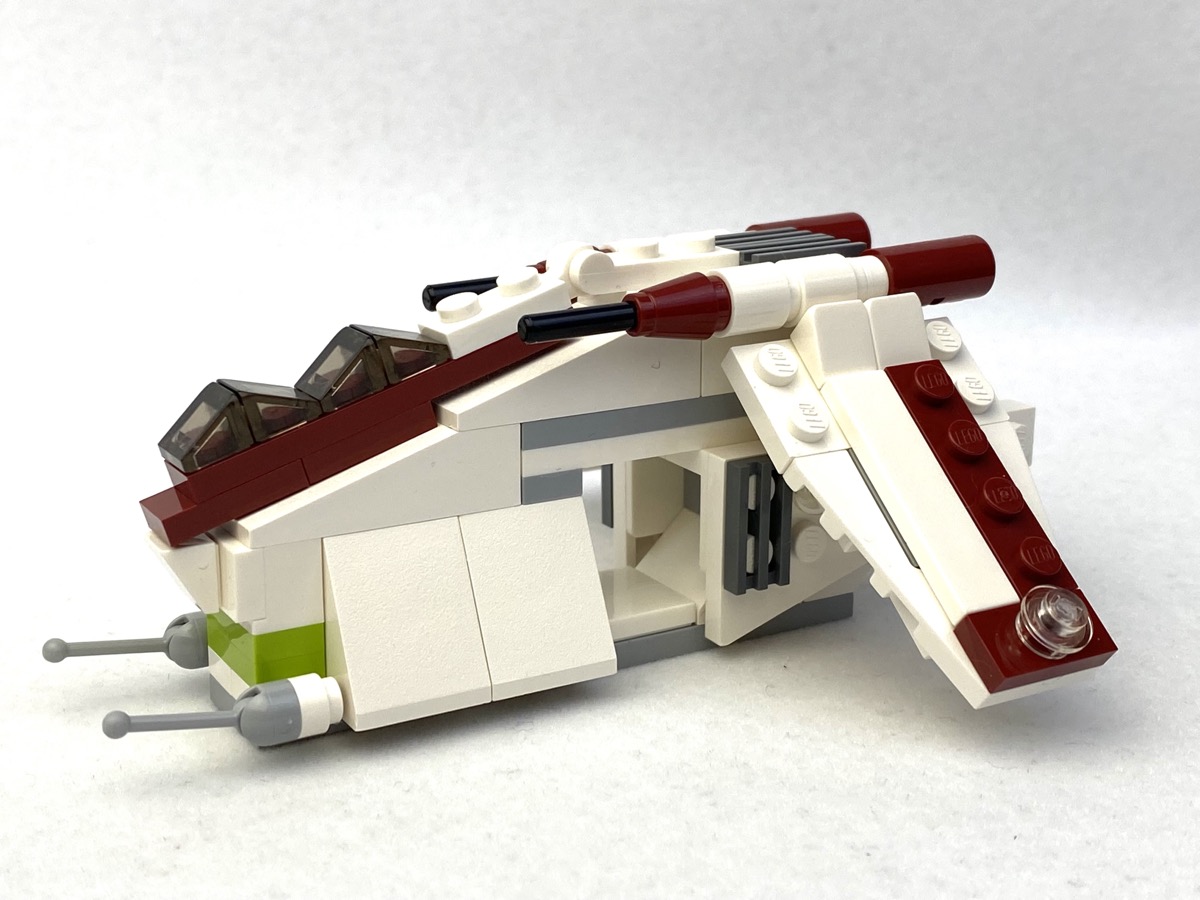 There are only a few things I have issue with. The biggest offender being the way the cockpit windows are attached to the ship. 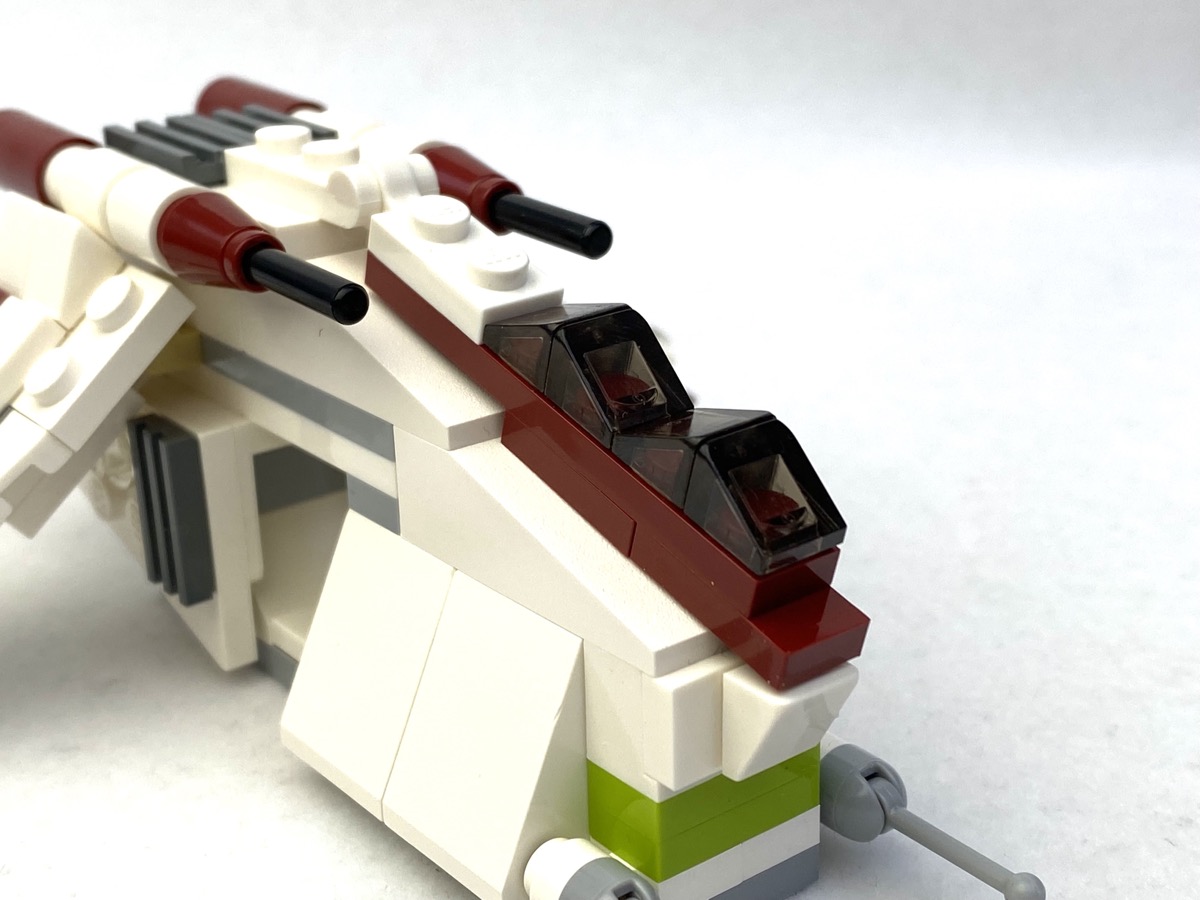 They’re built on a long 1×6 plate that has a clip on one end. That clip is attached to a bar handle at the top and not attached to anything on the other end. As long as you don’t have the Gunship do any barrel rolls, it won’t be that much of an issue. 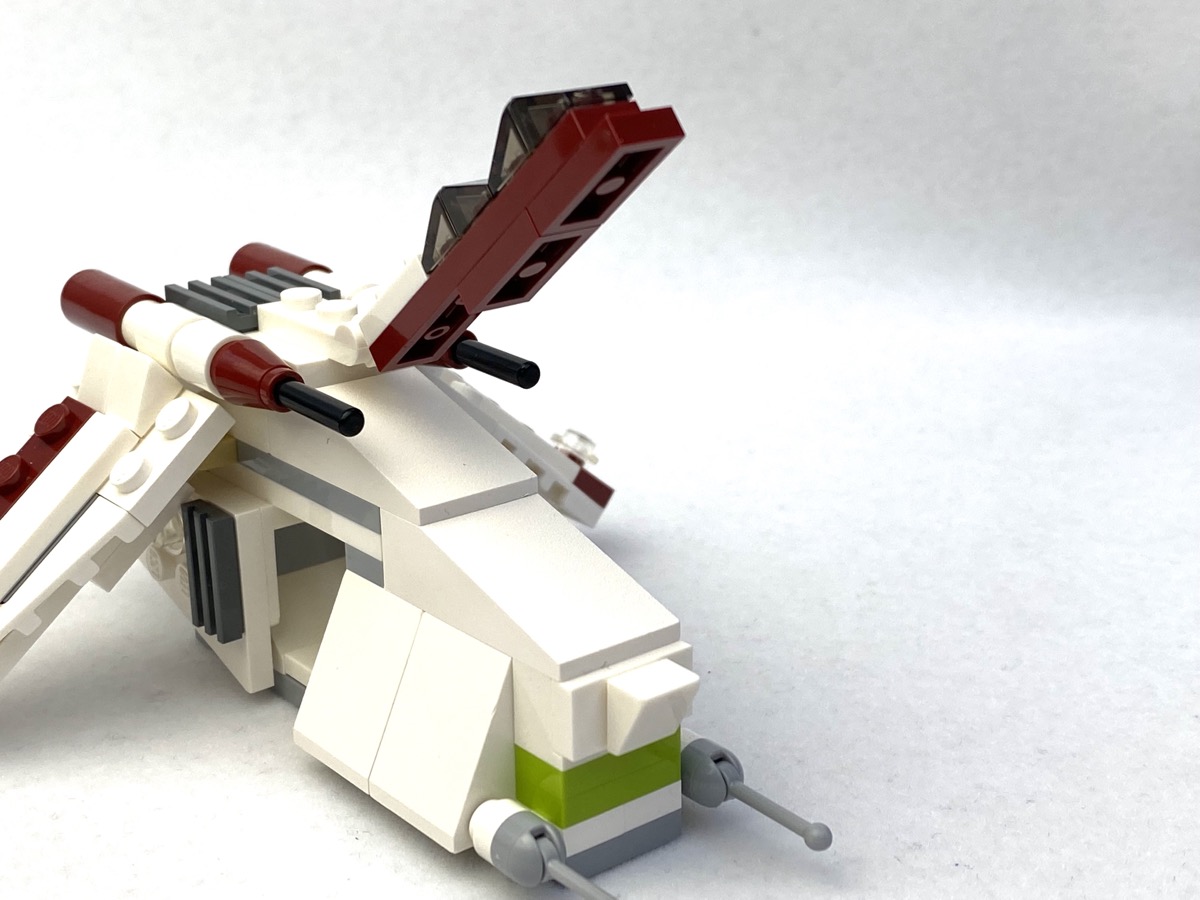 That being said, the lack of an anchor on the front is irksome. 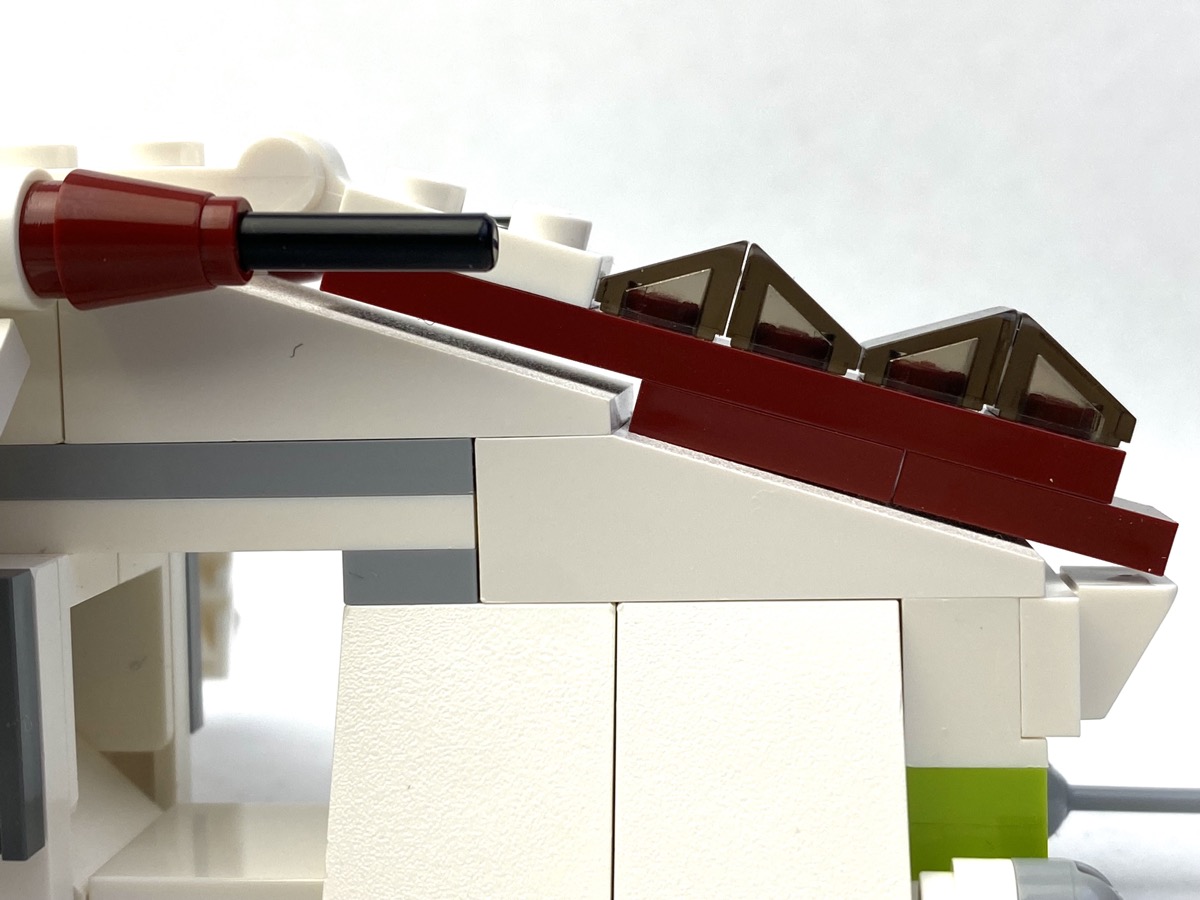 The only good thing I can say about the cockpit assembly is how the use of jumper plates underneath the 1×6 plate lines up with the edges of the 2×4 slope bricks. 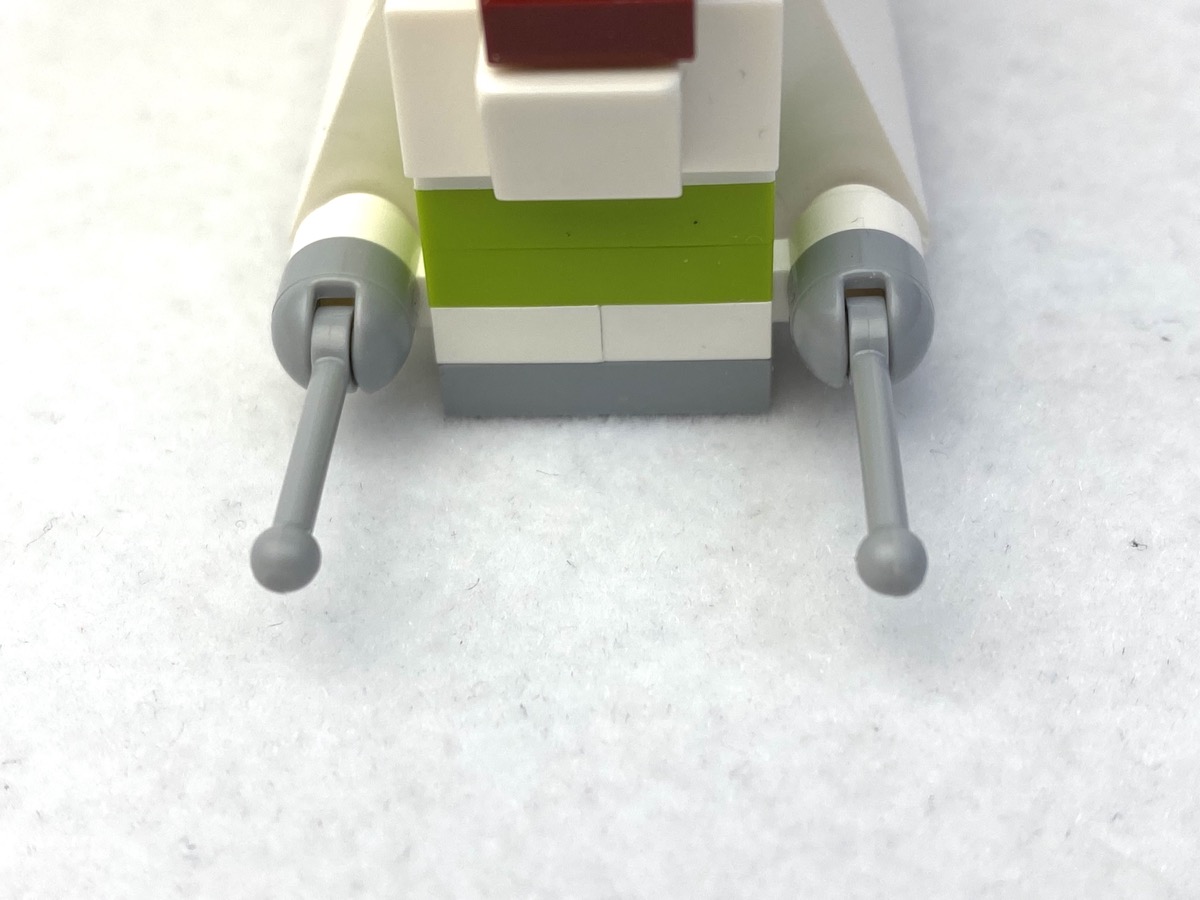 I’m not a fan of the way the antenna with base are supposed to be the nose cannons. They feel too small and too far apart. A ball socket might have worked better but no such piece exists to get the angle of the ball just right. 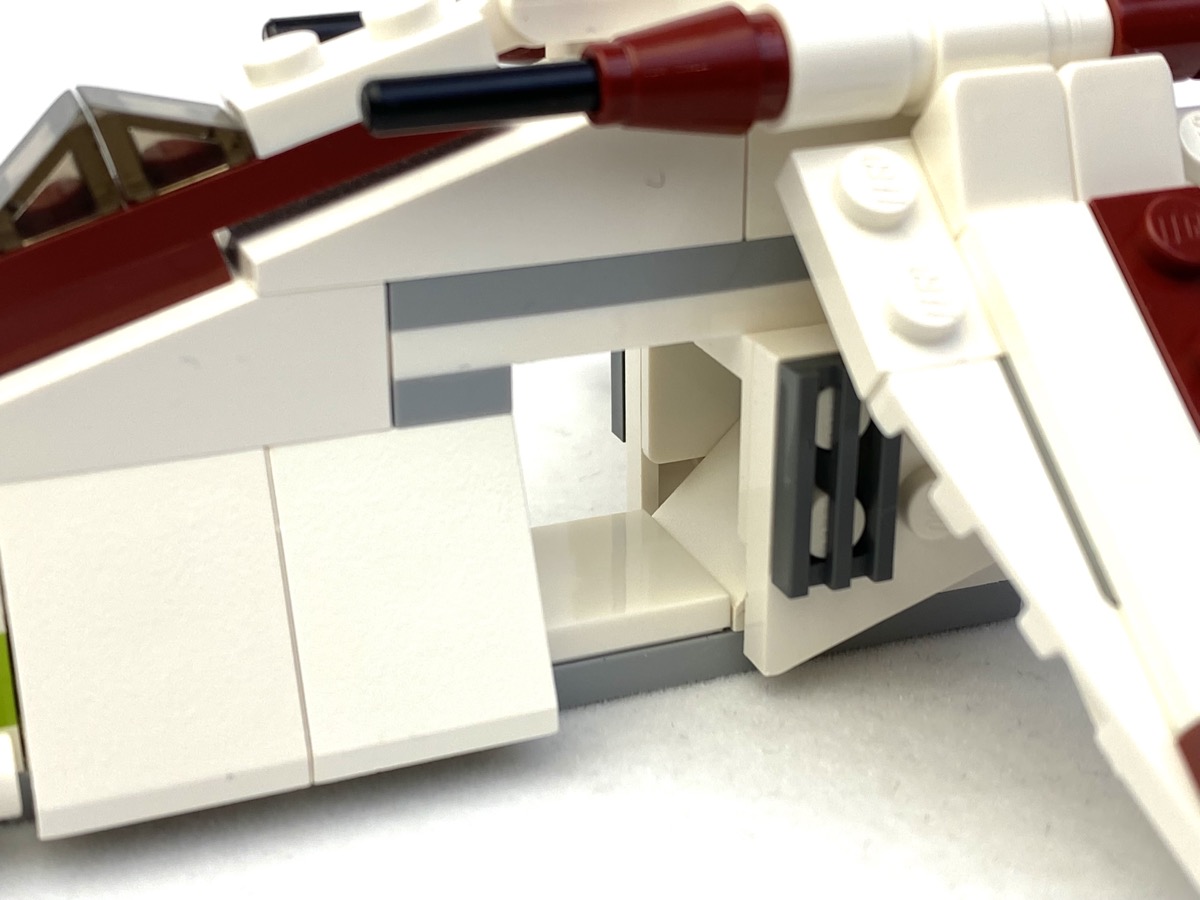 The cargo doors are built open. You can detach a wing and move the plate forward to close the cargo bay doors but that is a bit of a hassle so I doubt you’ll be doing much of that. 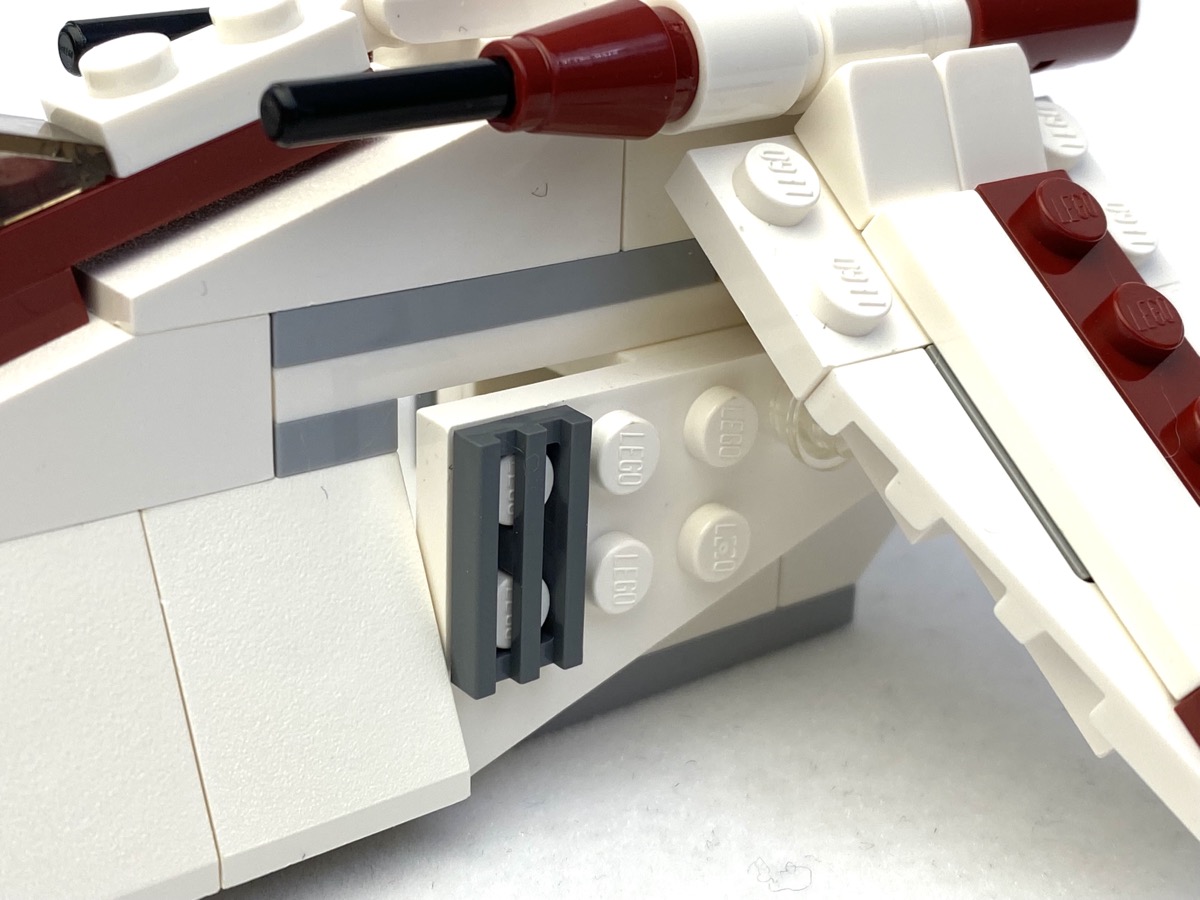 It would have been nifty if they slid on a rail or something to close. The cargo doors also provide the perfect spot for your fingers to grip during swoosh sessions. 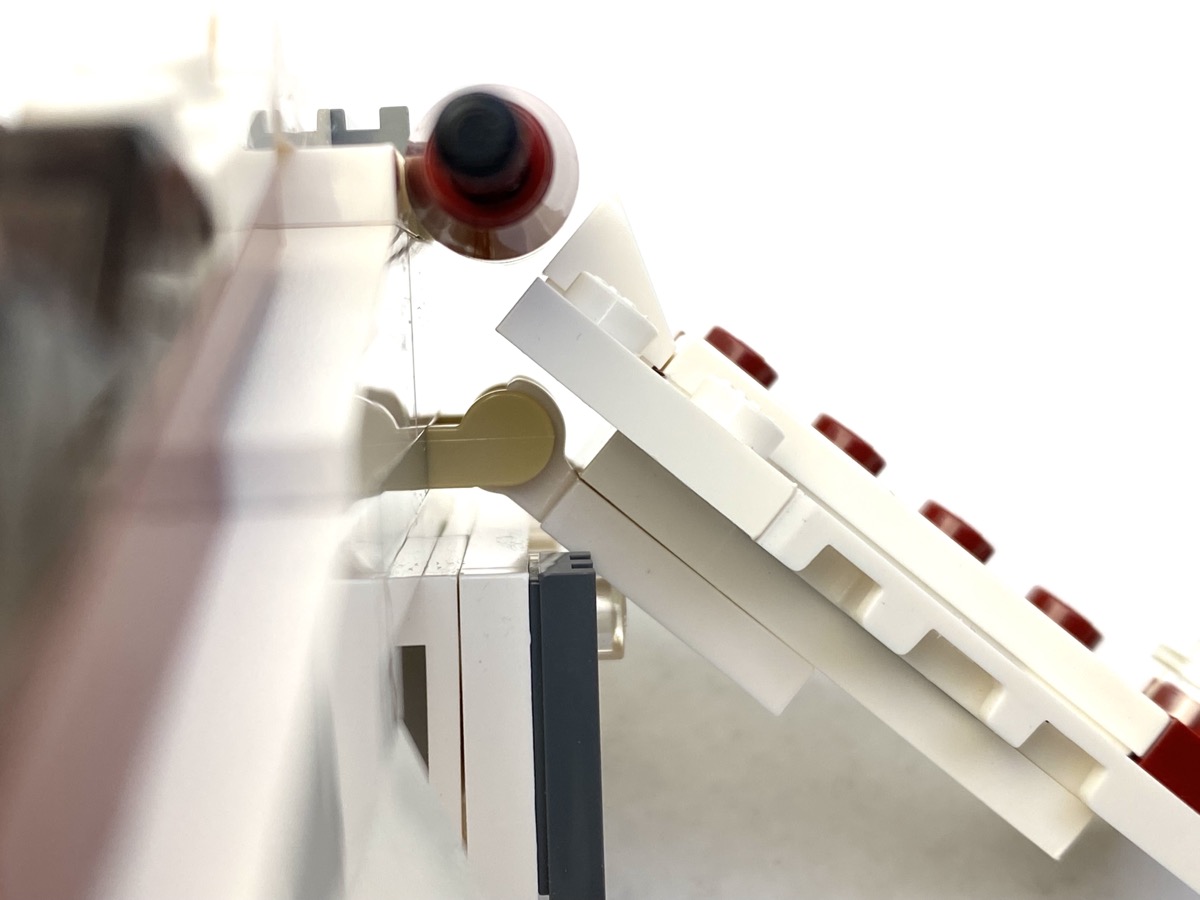 The angle that the wings rest at is fixed thanks to some cheese slopes at the top edge and a 1×1 transparent round plate underneath. There is just a minimal amount of wiggle room but not enough to make the wings seem incongruent. The wings are well done and solidly built.

This set rocks! Another excellent Brickmaster set, 20010 Republic Gunship is an excellent mini despite its requirement of gravity to keep the cockpit windows down. It’s a solid ship, very well built, and pretty dark good looking too.