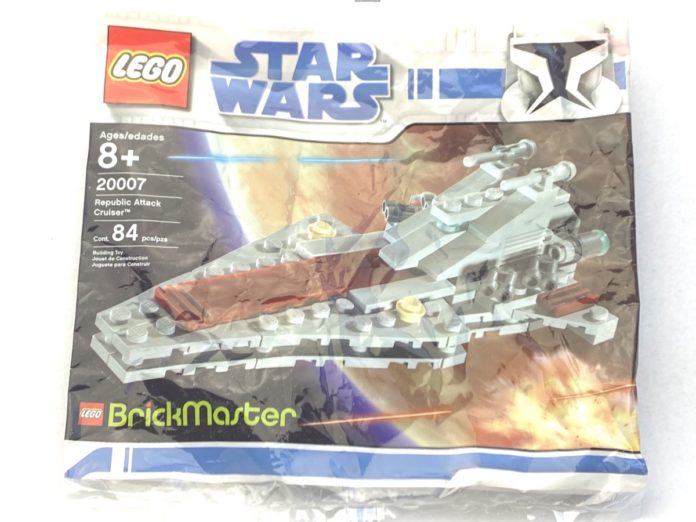 Just when I thought I was done with LEGO Star Wars minis, this came up randomly for today’s review. I know I joke a lot about stuff being randomly picked, but this was an honest to God random occurrence. 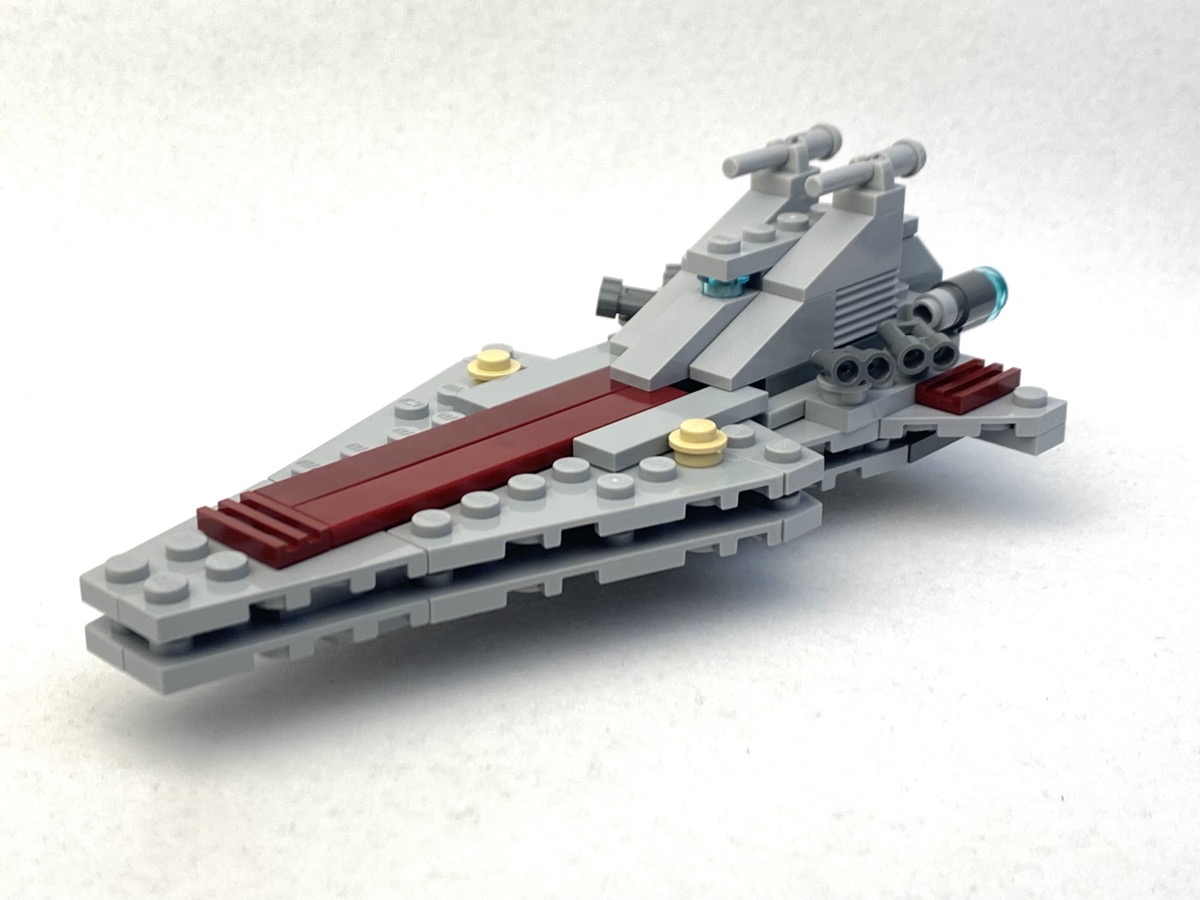 Today’s polybag, 20007 Republic Attack Cruiser, is another excellent Brickmaster set. Like yesterday’s disappointment, 30388 Imperial Shuttle, this one weighs in at just north of 80 pieces. The final model feels heftier and much more substantial due to the a lot of the pieces being larger wedge and wing elements. Most of the finer parts are used in the back half of the ship for detailing. 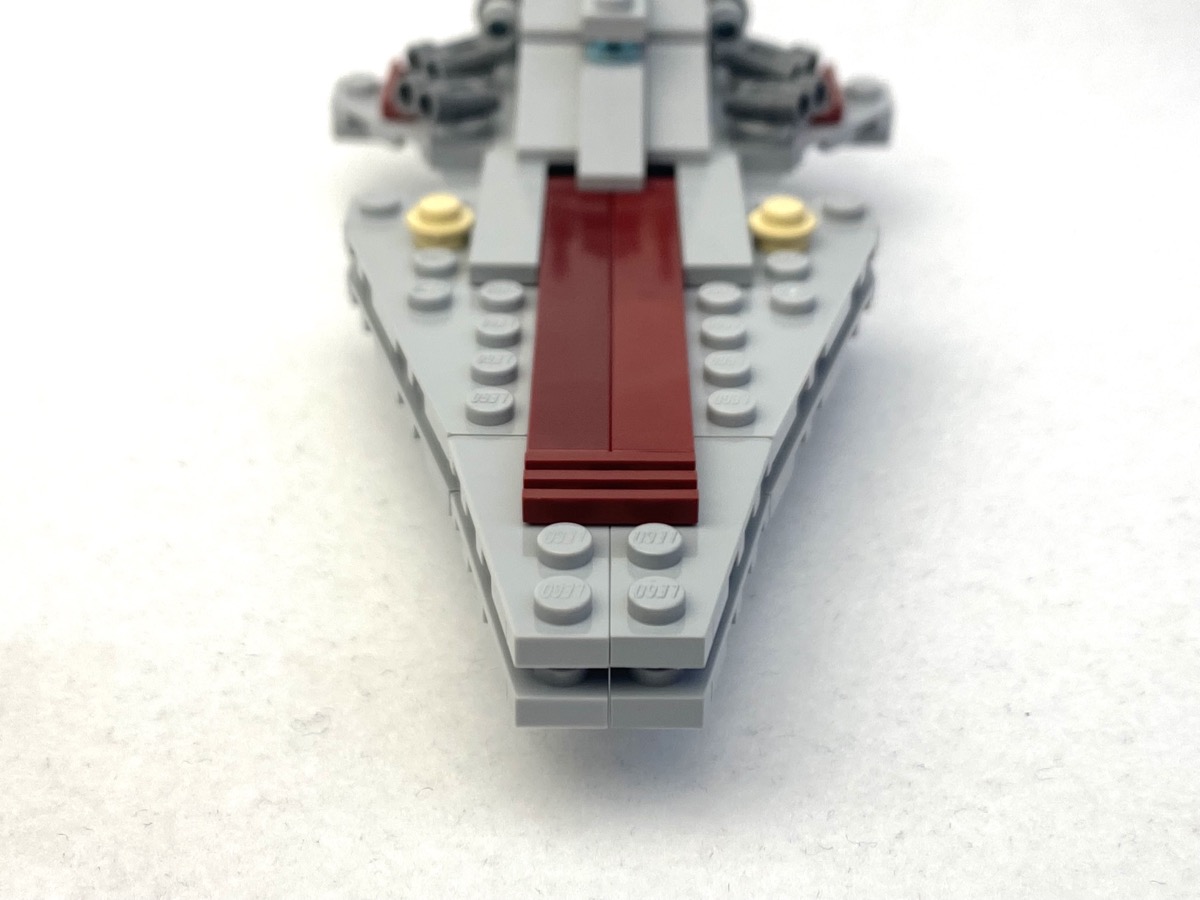 The front is still the blunt-style nose but in this case, it actually is correct. The source material for the Venator-class indeed has a bluntier tip than an ISD. 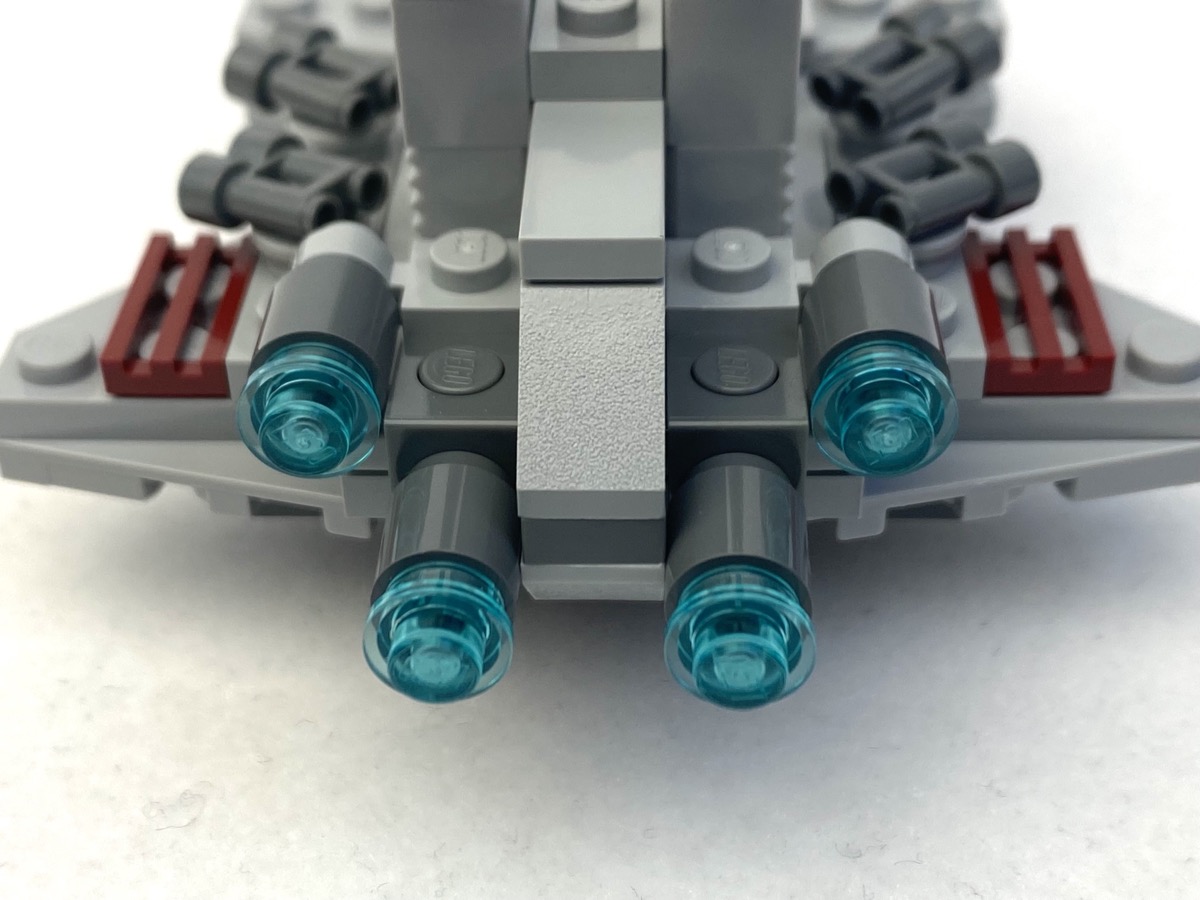 The rear still uses 1×1 trans-blue plates for engines, but they are mounted 1×1 round bricks to give them a bit more heft and presence compared to previous mini capital sized ships. 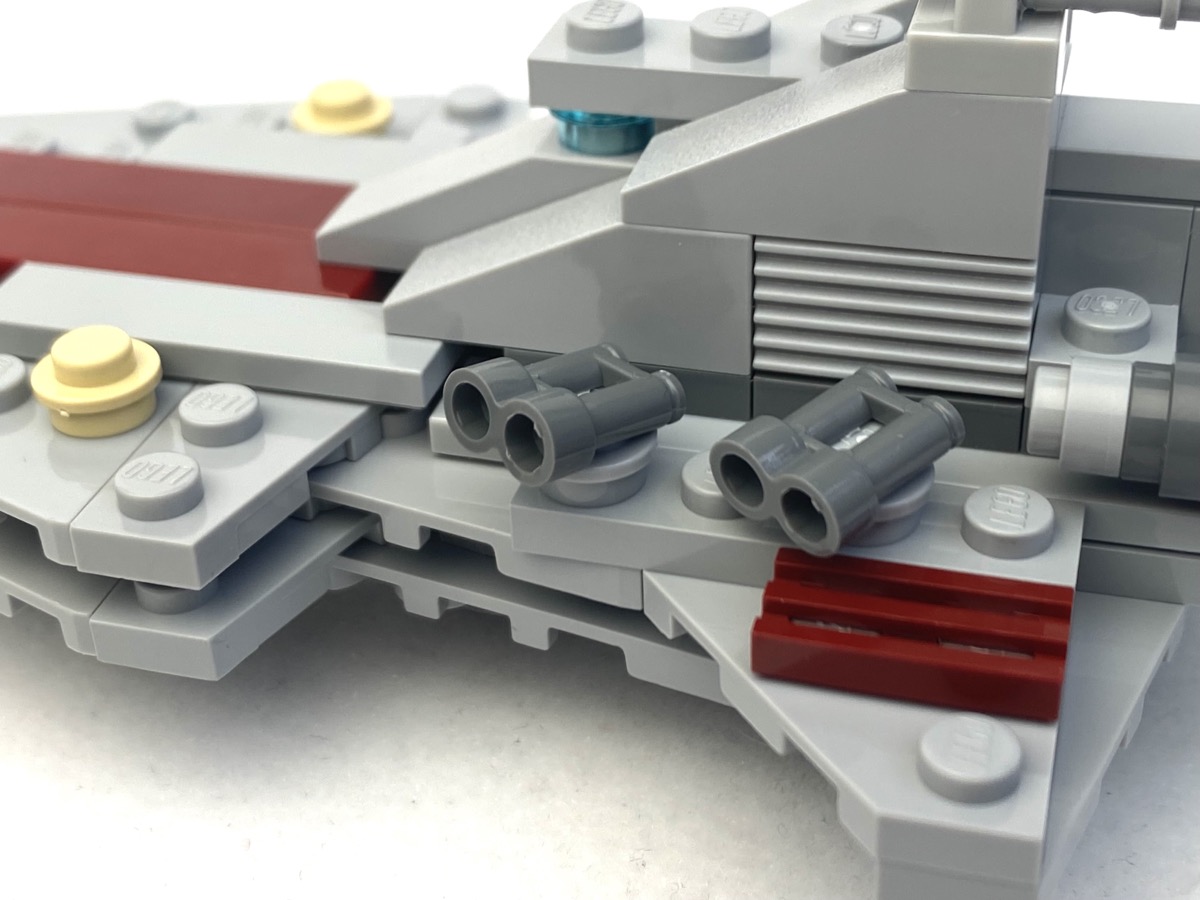 Binoculars are used well here to represent a battery array. As long as you don’t fiddle with them too much they should be stay put but again, their clutch power is pretty lacking. It wasn’t until after I sat down to write that I noticed that one of the binoculars (or maybe both) isn’t seated correctly in the photo. 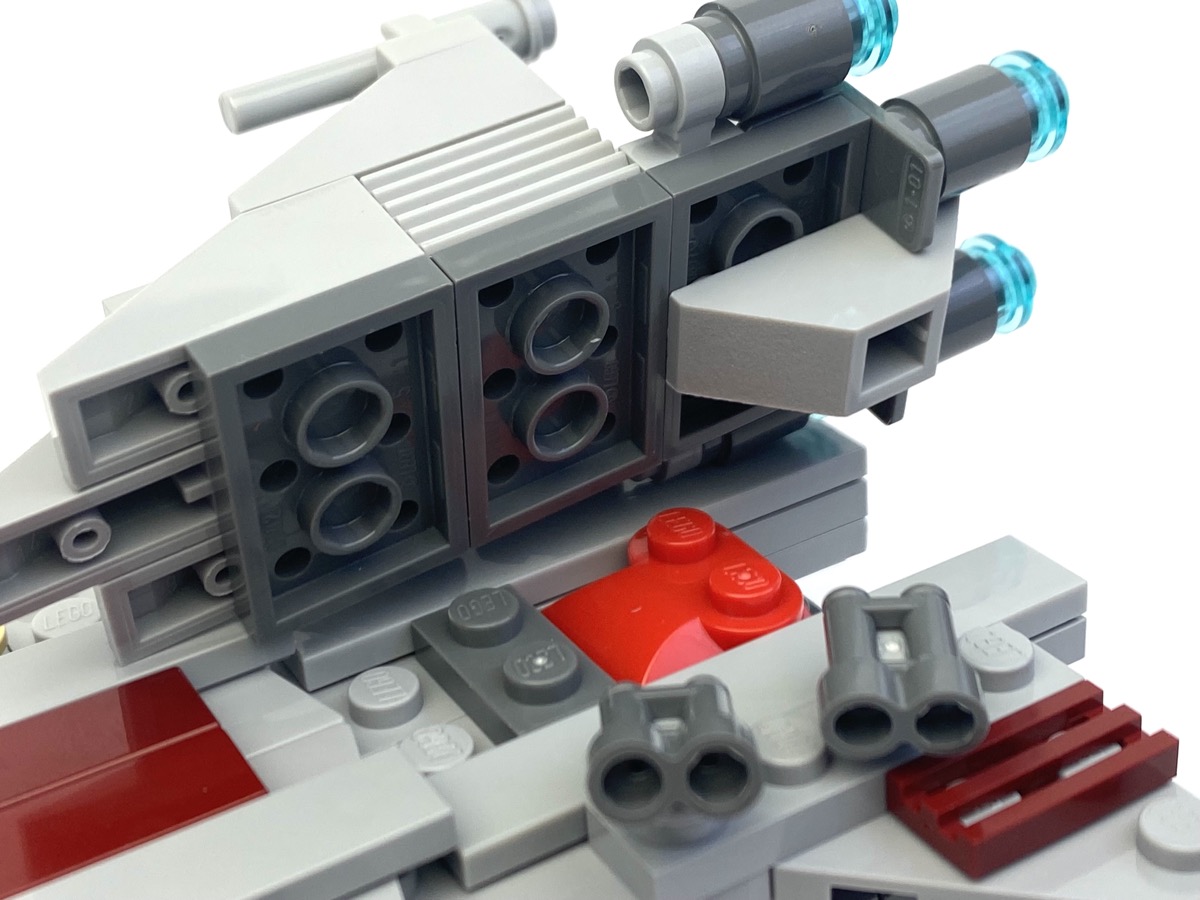 One of the more interesting parts of this build is the center part that is three studs wide and offset by a half stud. I was fully expecting to see some jumper plates, but they cleverly use the offset holes on the underside of a set of 2×3 plates to mount them on to a 1×2 plate. 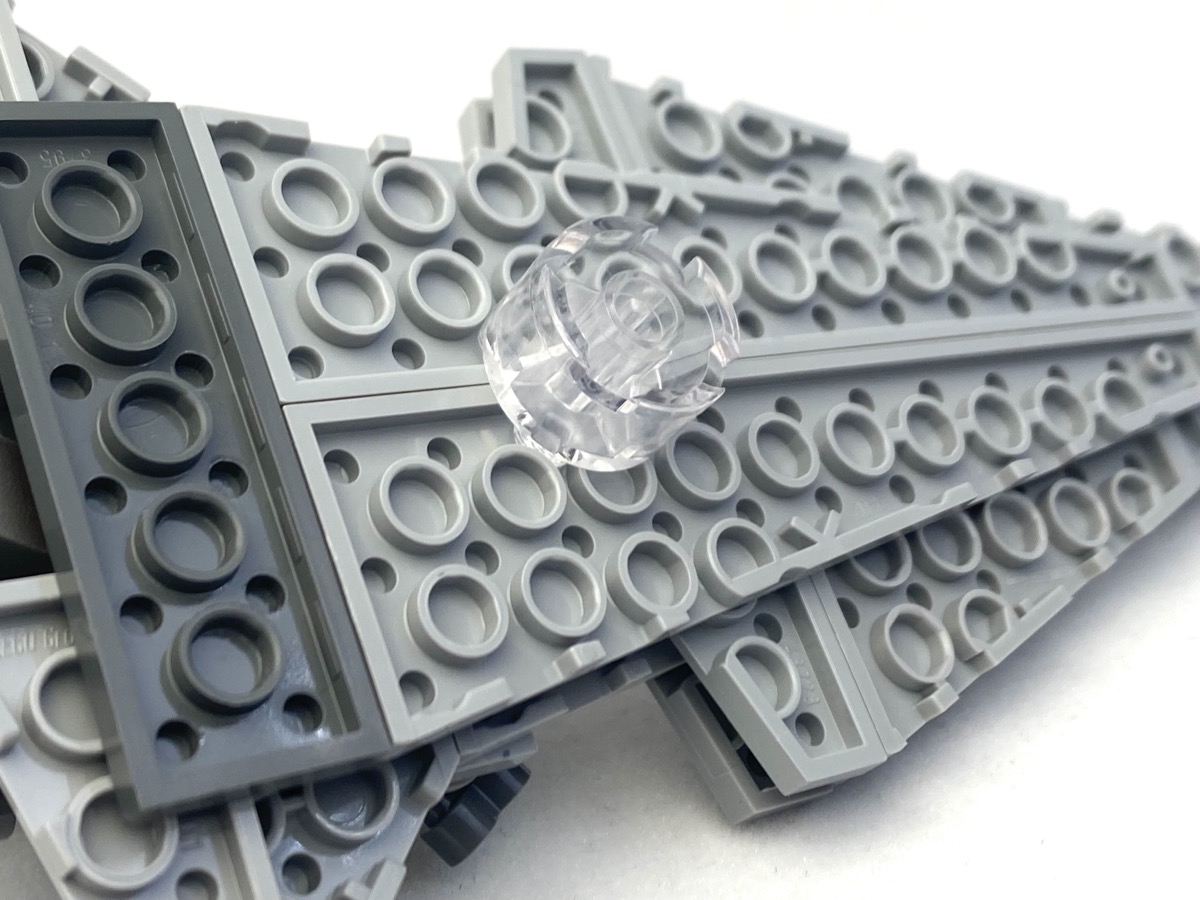 The last detail I want to point out is that there are no boat tiles on this thing. Instead, there is a single trans-clear 2×2 round brick mounted on the bottom to give it some lift and and a hover effect as if it’s really floating slightly above your desktop. 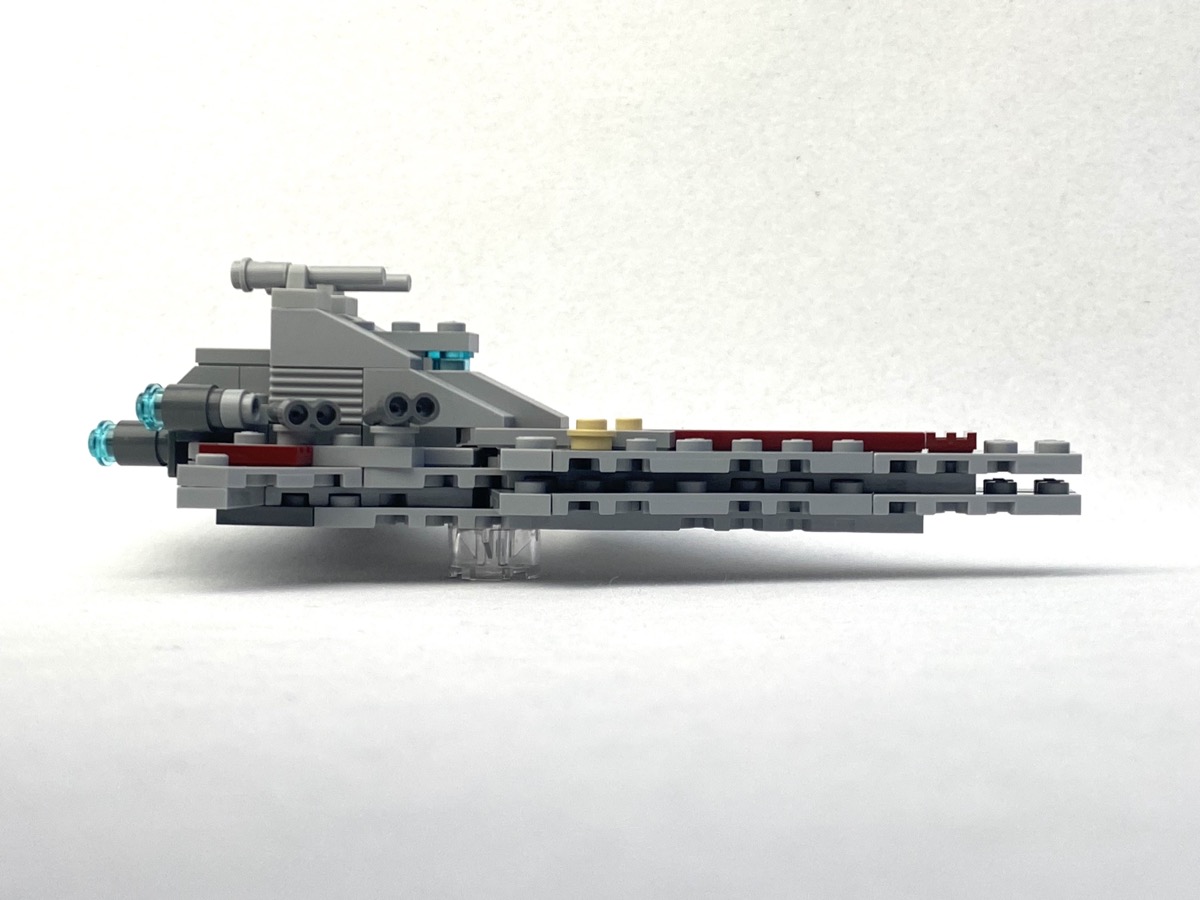 This set rocks! Just like every other LEGO Star Wars Brickmaster set, 20007 Republic Attack Cruiser is an excellent build with a final model that is satisfying in every way. 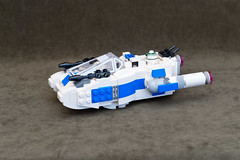