It’s pretty much a given nowadays that the standard pricing of LEGO sets is whatever MSRP is minus 20%, amirite? The Lucasfilm Licensing tax, inflation, LEGO charging whatever they want because they can, whatever the reason for what seems like the rising price of LEGO sets, especially LEGO Star Wars sets, it just feels like you don’t get as much out of the box as you used to. I’d argue though that 75312 Boba Fett’s Starship is an exception to that rule. You get almost 600 pieces and 2 minifigs for an MSRP of $49.99. Not bad! And you can tell the model isn’t buried in a bunch of 1×1 tiles, plates, and other itty bitty bits. Well this sweet deal just got a little sweeter. Amazon is offering this set, 75312 Boba Fett’s Starship for 20% off and can now be had for $39.99 before tax. 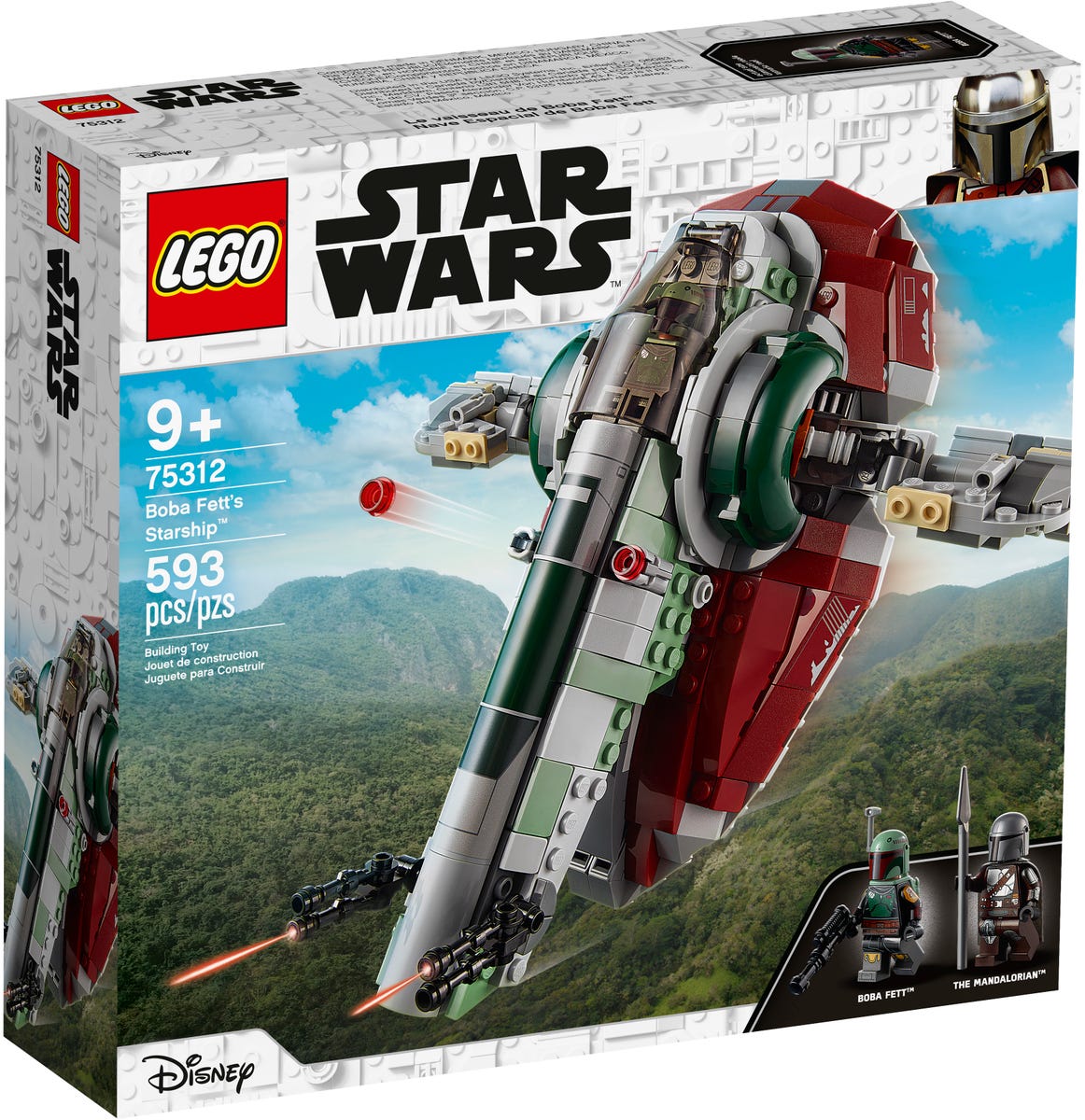