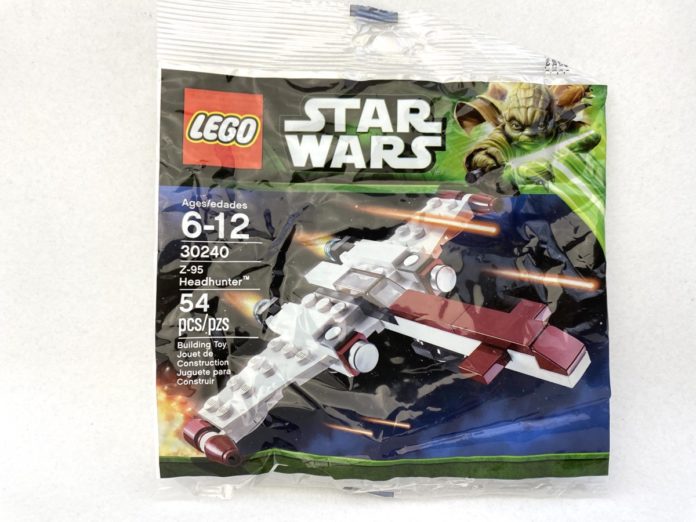 The Z-95 Headhunter: An X-wing without the X. 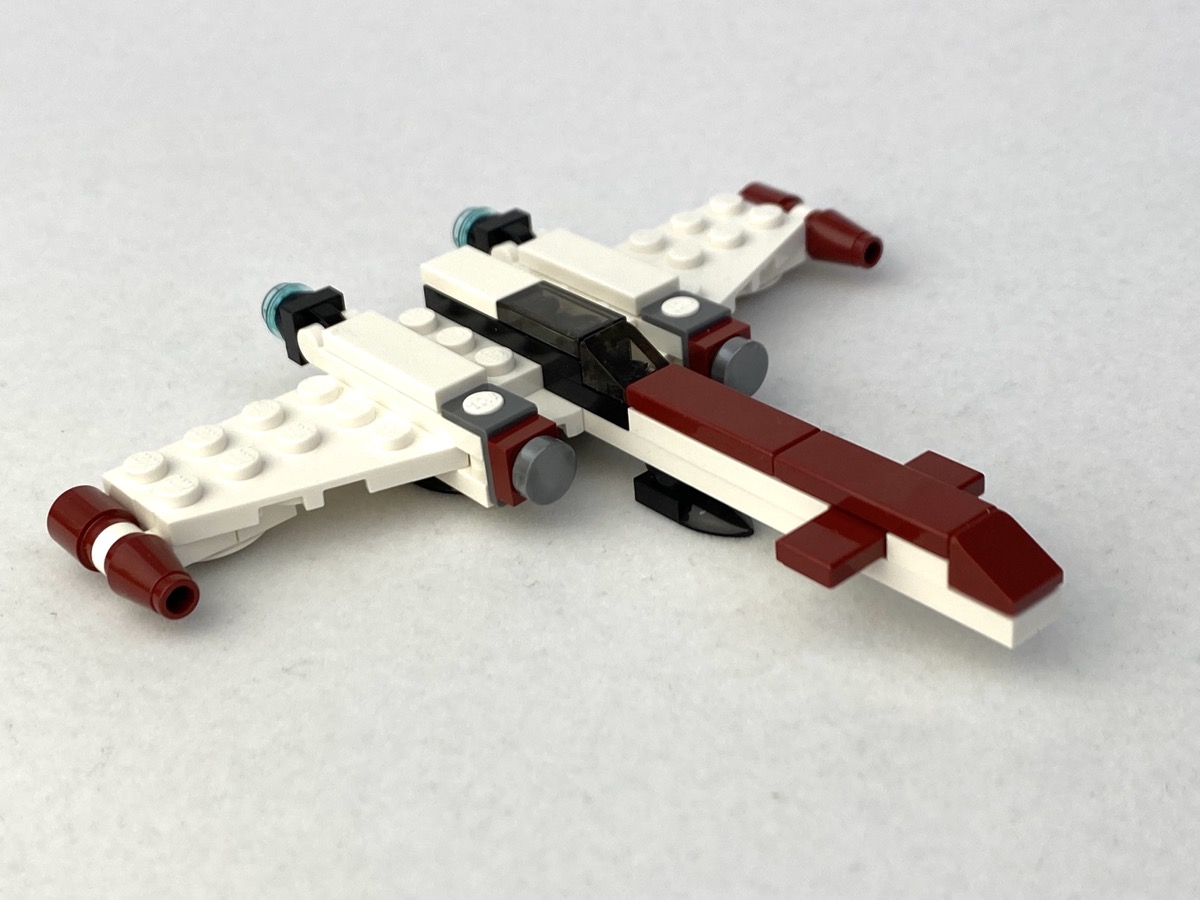 That should be the slogan for today’s polybag, 30240 Z-95 Headhunter. Like how Chevy trucks was “Like a Rock”, or Toyota’s is “Our Cars Last Forever”. Okay that last one I may have made up but it’s true. Another slogan candidate would be “Z-95: The Pancake Starfighter” because this thing is flat. 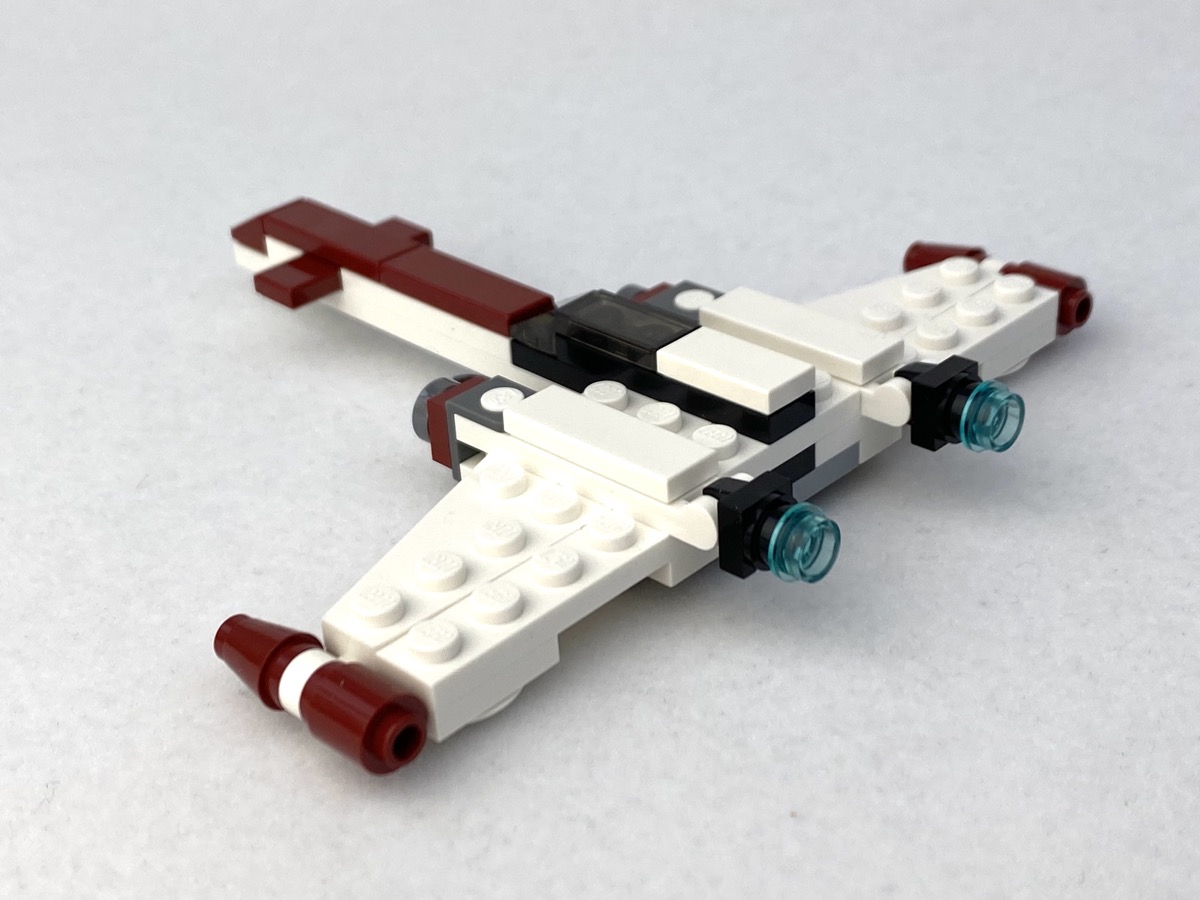 The Z-95 has two big engines flanking the cockpit, a gigantic nose, and wingtip mounted weapons. That’s where the similarities to an X-wing end and where the Z-95 starts to shine. 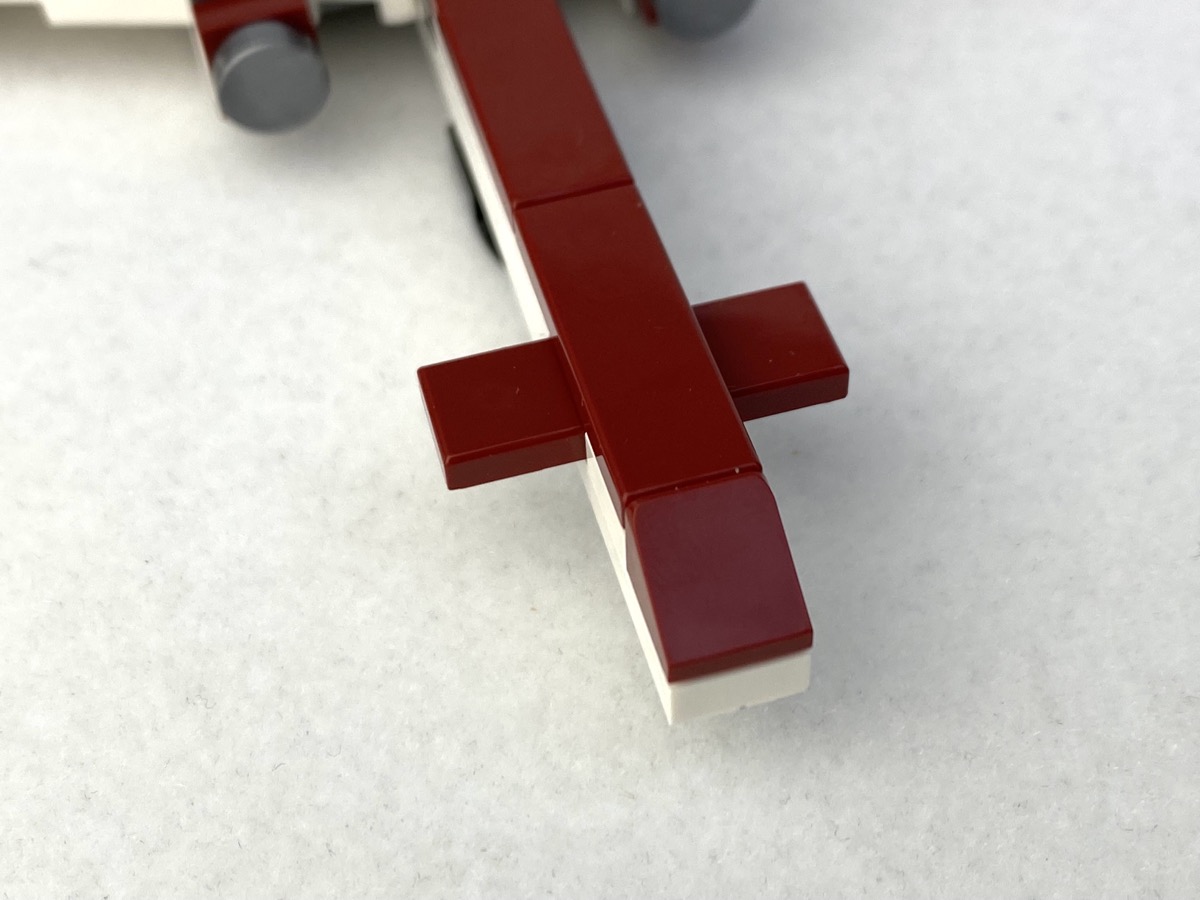 The gigantic nose has this front stabilizer fin, a 1×3 tile sandwiched from above by another tile. Simple and effective to maintain a sleek exterior. 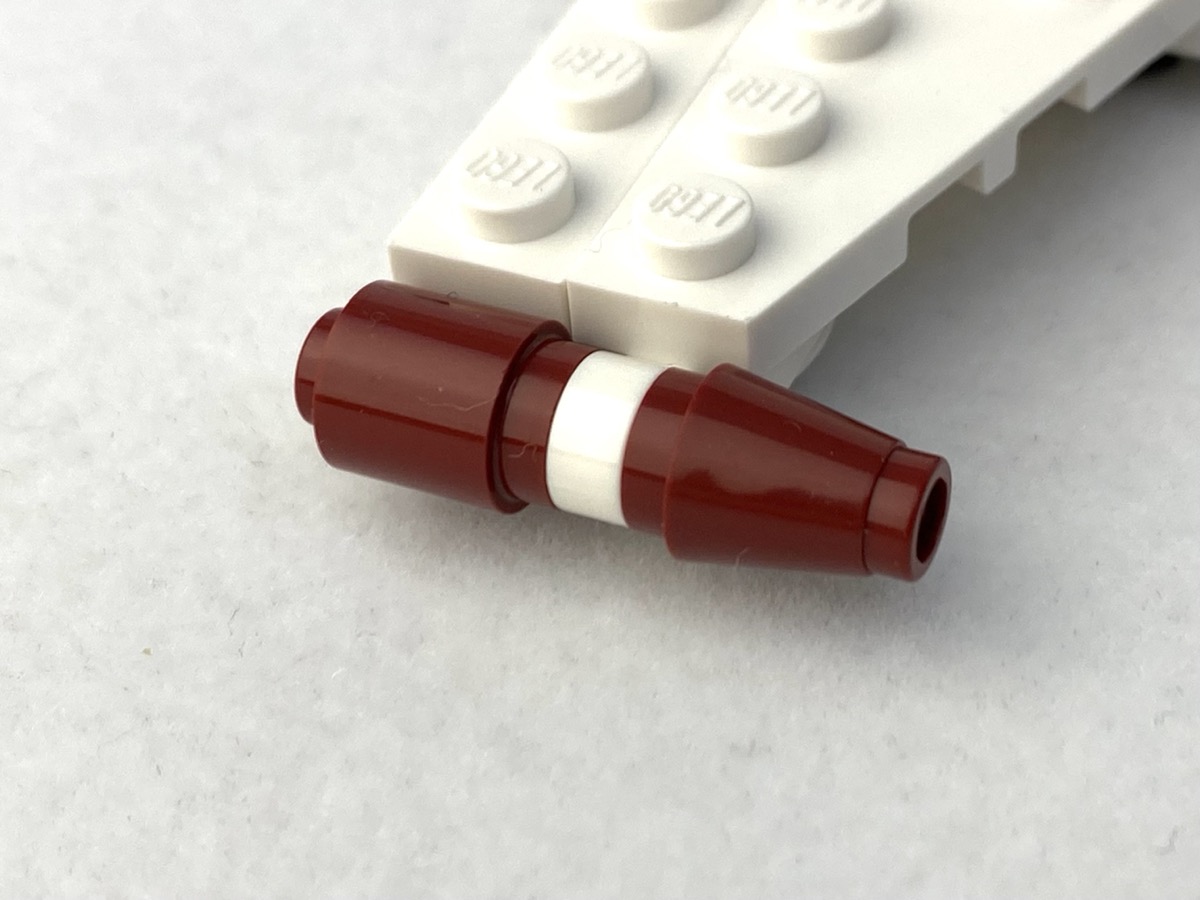 The wingtip weapons are a bit lacking. All of the pictures I’ve seen of the Z-95 show a laser cannon akin to what is mounted on X-wings, complete with flashback suppressors. Even LEGO’s own System scale version, 75004 Z-95 Headhunter, uses the 2×2 radar dish for that feature first seen on the 7140 X-wing Fighter, the license’s very first X-wing. But even on on 75004, they are a bit stubby so that may be where this is coming from. 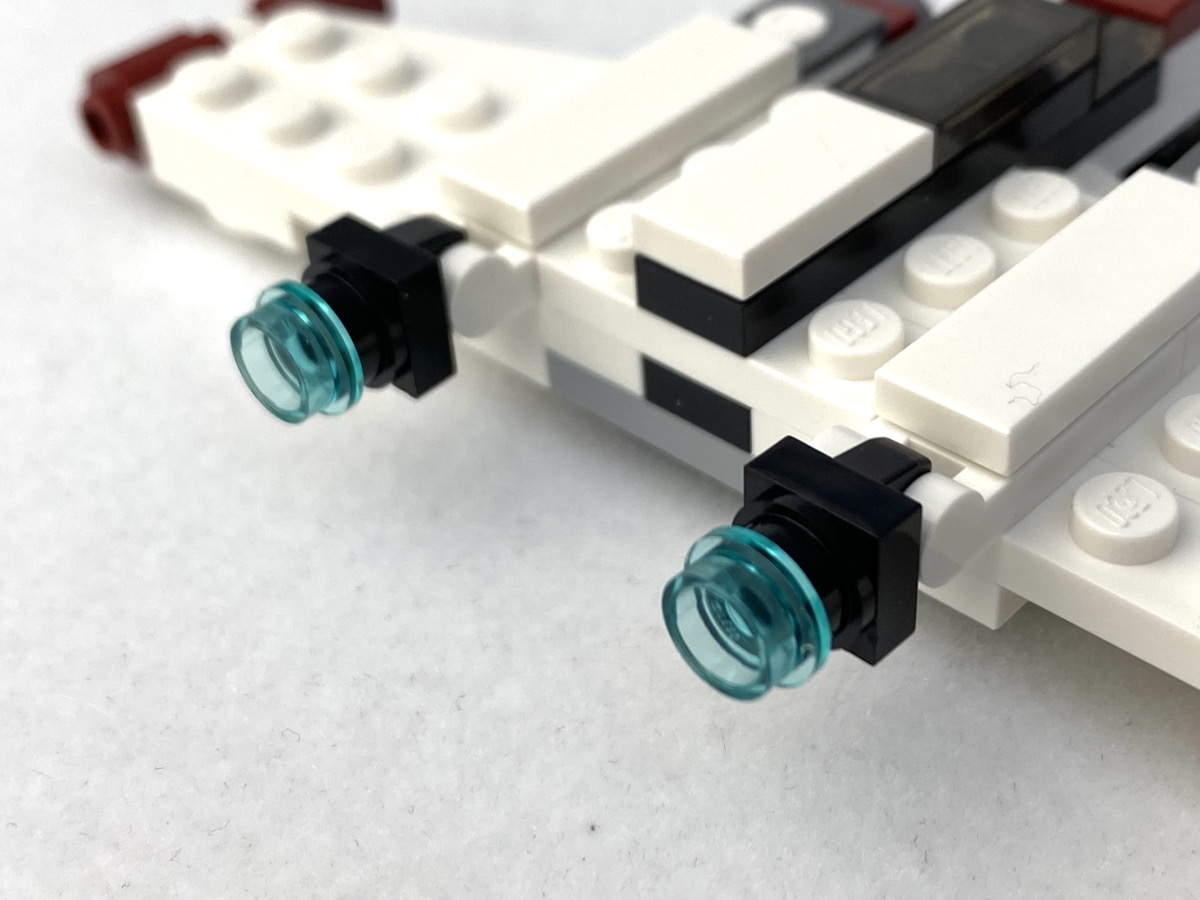 The rear engines are mounted by these clips that are attached to bar handles. I’m not a huge fan of these as they take some fiddling and one eye closed to get them aligned just right. They are a tight fit so I’m not too worried about them being knocked out of alignment. 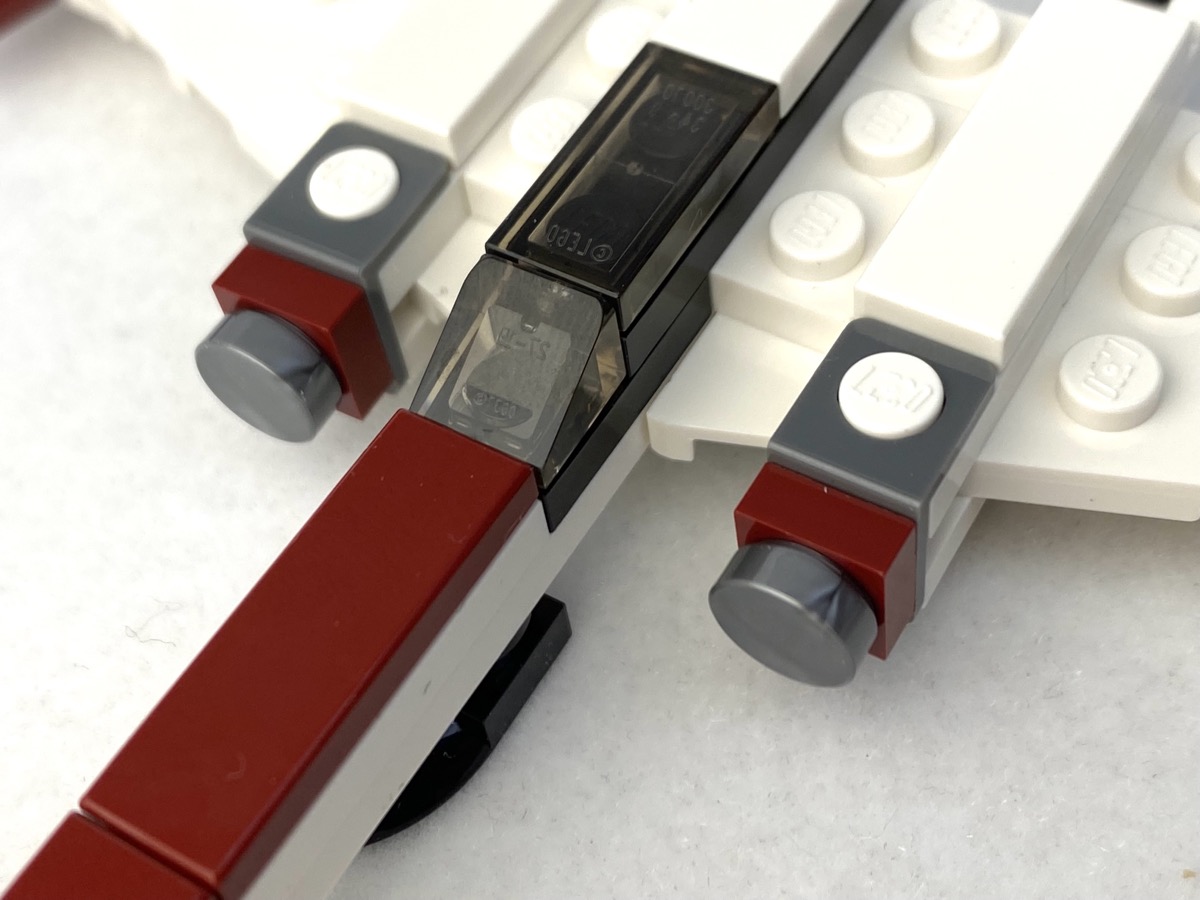 On the other end, the intakes in the front uses a minifig neck bracket to provide the forward facing stud. I suppose it would have been repetitive and boring to use the same technique for the engine exhausts. 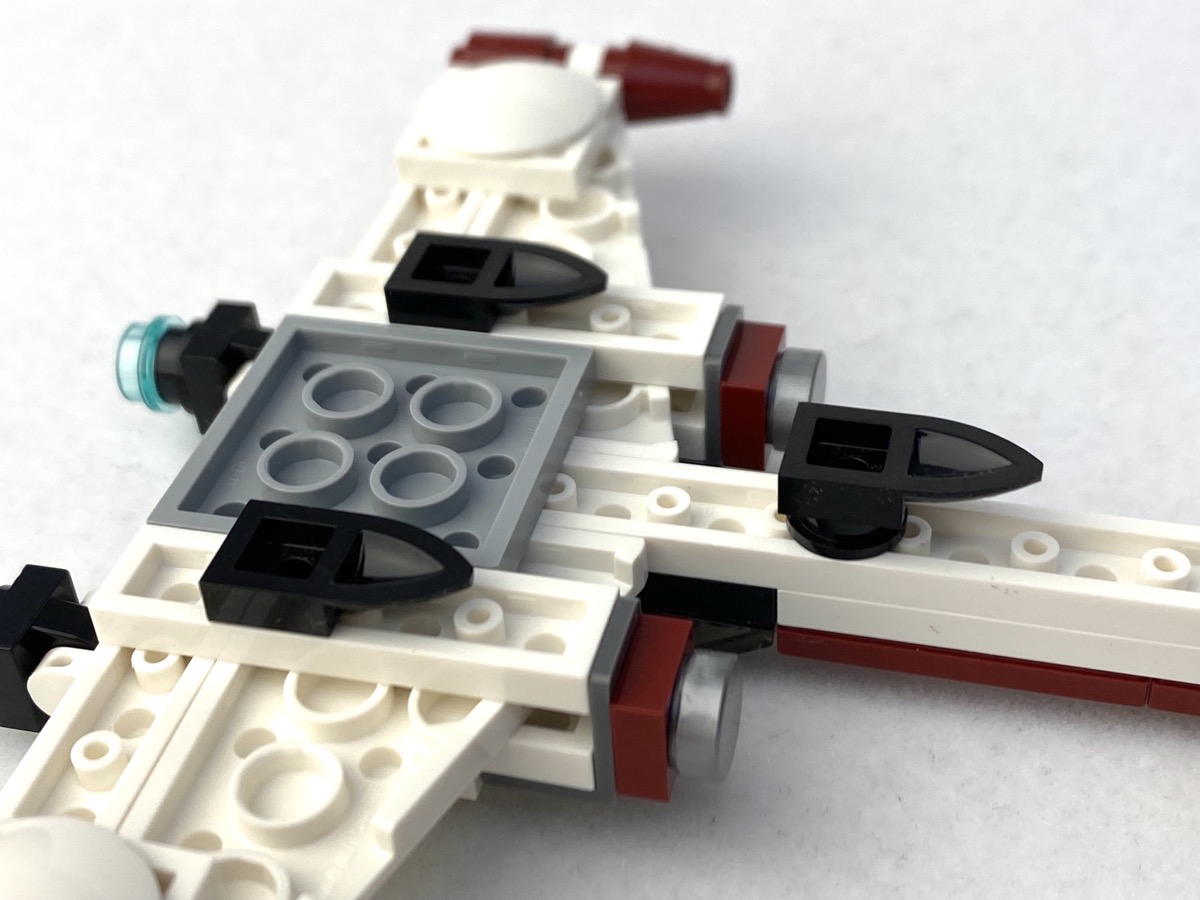 The one feature that really made me happy was the landing gear. At this scale, I really don’t expect much attention to be paid on the underside of a mini starfighter, but the designer added three tooth elements to simulate landing gear. They could have easily not have added it and I don’t think anyone would have made a stink about it, not even me, but it’s nice that when you’re not swooshing it around your workstation, it can sit nicely on a tabletop. 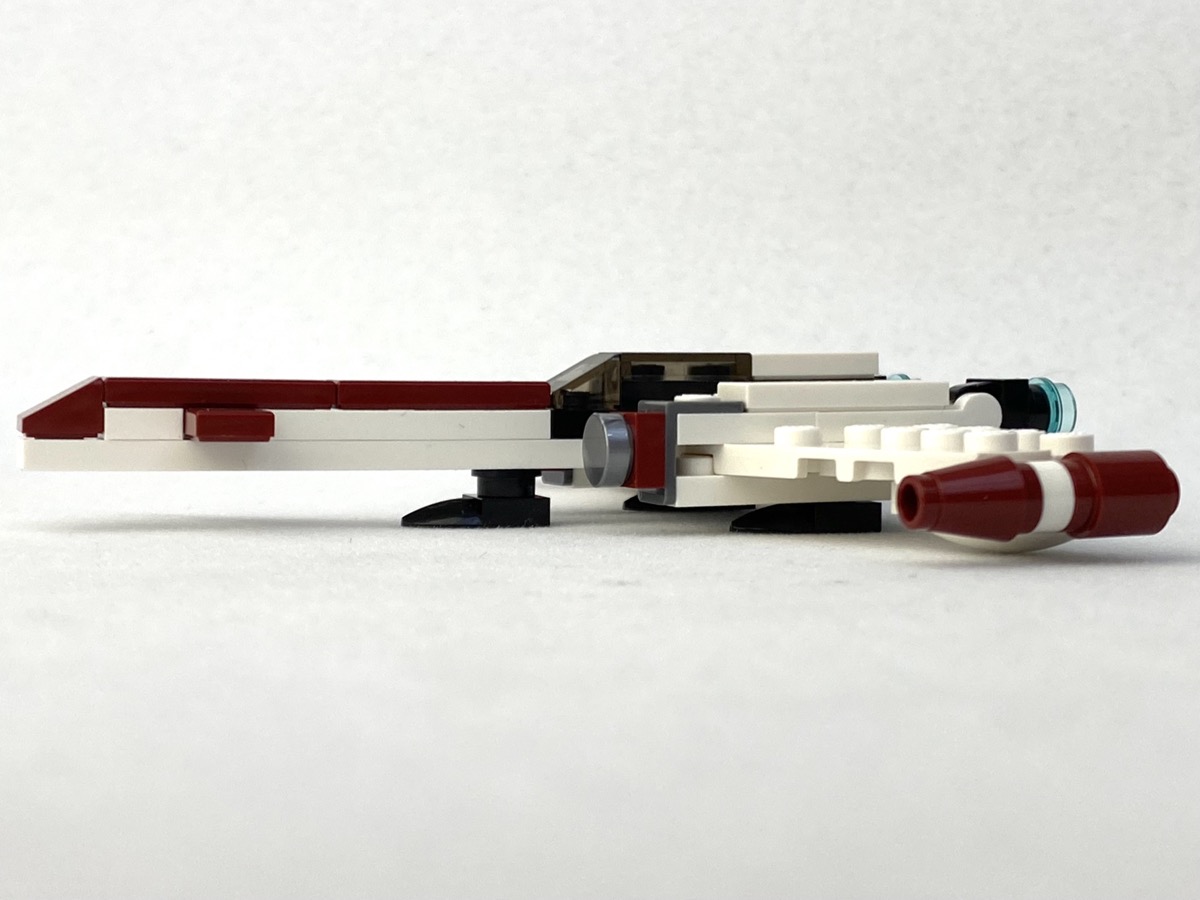 Did I mention it’s flat?

This set rocks! The landing gear really won me over. The ship is a nice design and probably one of the best things to come out of The Clone Wars cartoons. This polybag, 30240 Z-95 Headhunter, is only one of two releases of the ship and that seems like a shame. The Z-95 is one of the few ships that I really wouldn’t mind seeing another redesign of, but given how little love The Clone Wars gets now, I won’t be holding my breath.