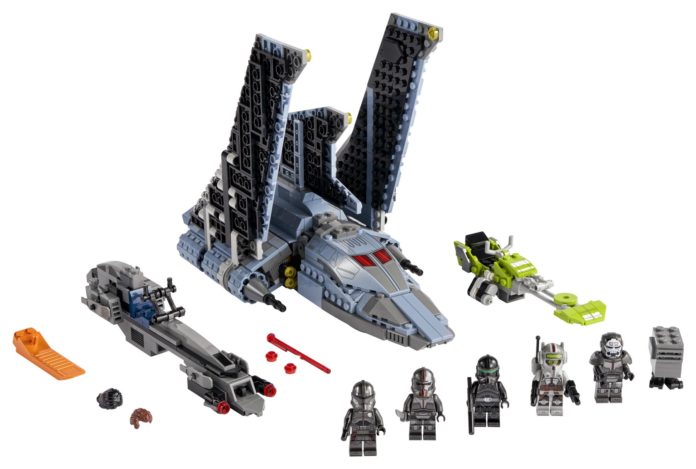 Announced on both StarWars.com and LEGO.com, the Attack Shuttle from The Bad Batch premiere episode. Priced at $99.99, you can pre-order the set today from LEGO.com with a ship date of August 1, 2021. 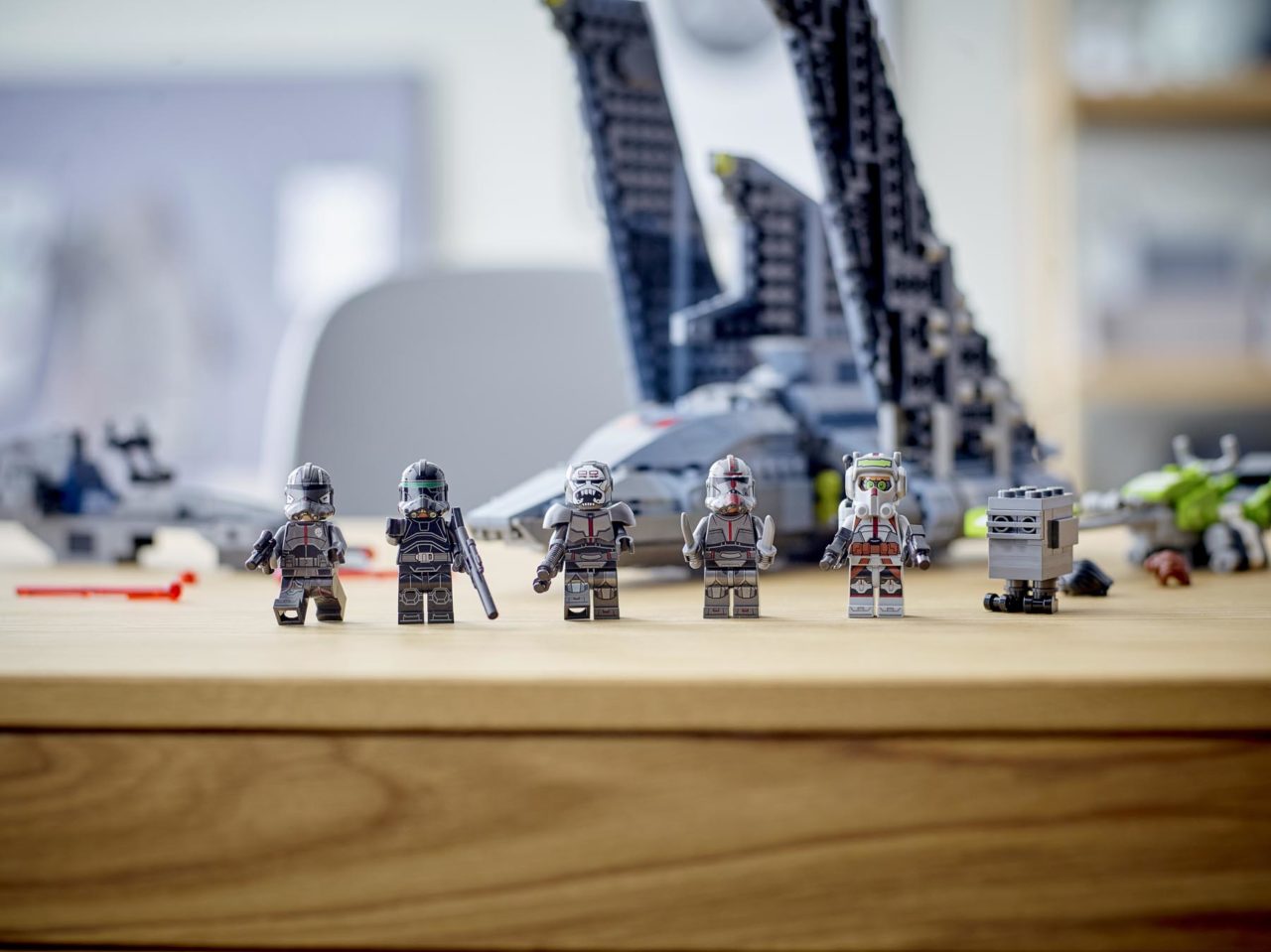 The set comes with Hunter, Tech, Wrecker, Echo, Crosshair, and a Gonk droid. According to the StarWars.com post, there’s also a spoiler minifigure in there somewhere from the premiere. I have no idea which one it is since I haven’t watched it yet. 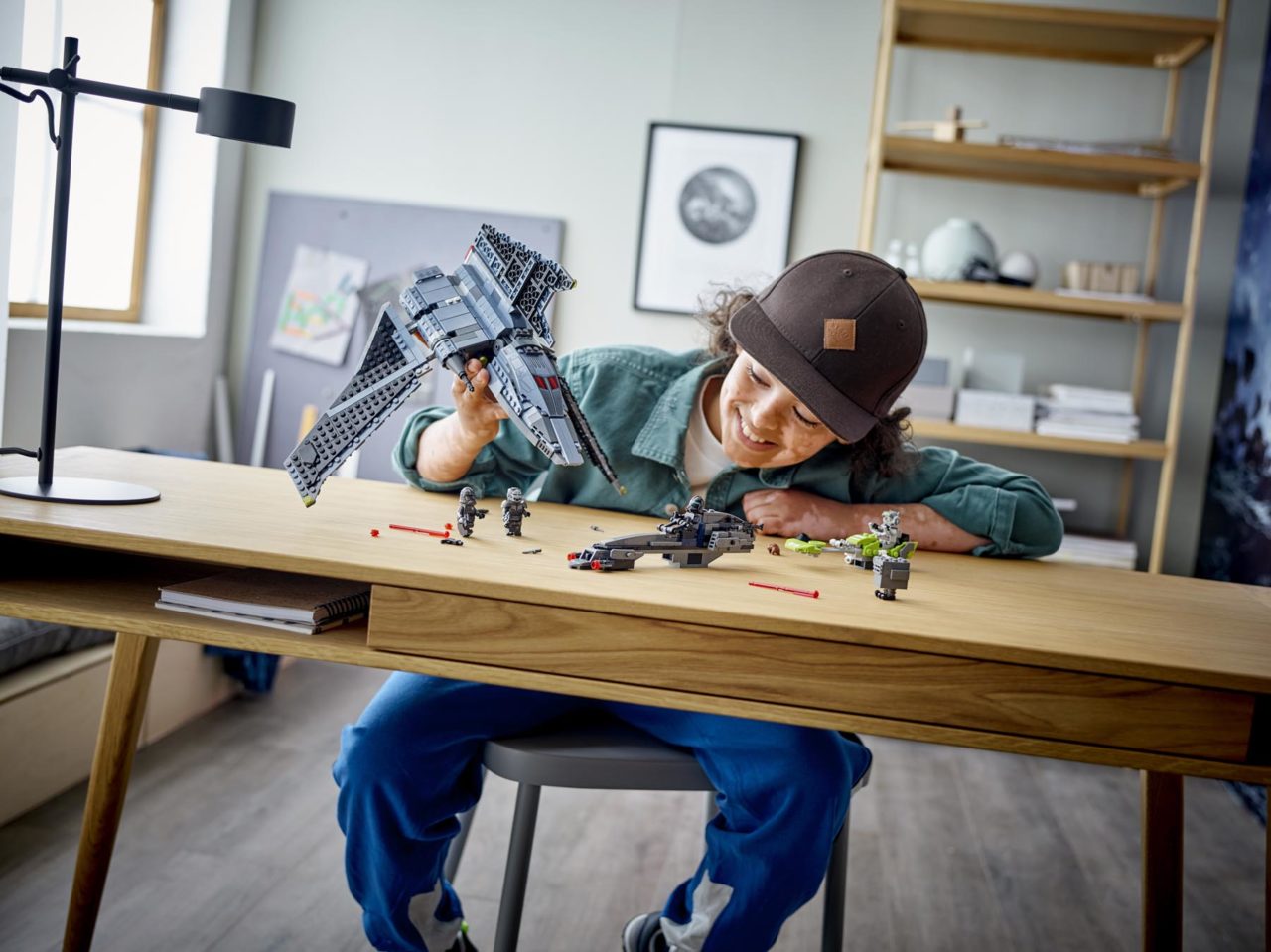 Other than the minifigs, the shuttle looks pretty great and it feels like it’s priced just right. It’s $99.99 for 969 pieces that nets you 5 minifigs, a Gonk droid, two speeders, a shuttle, and what looks like a ton of play features. 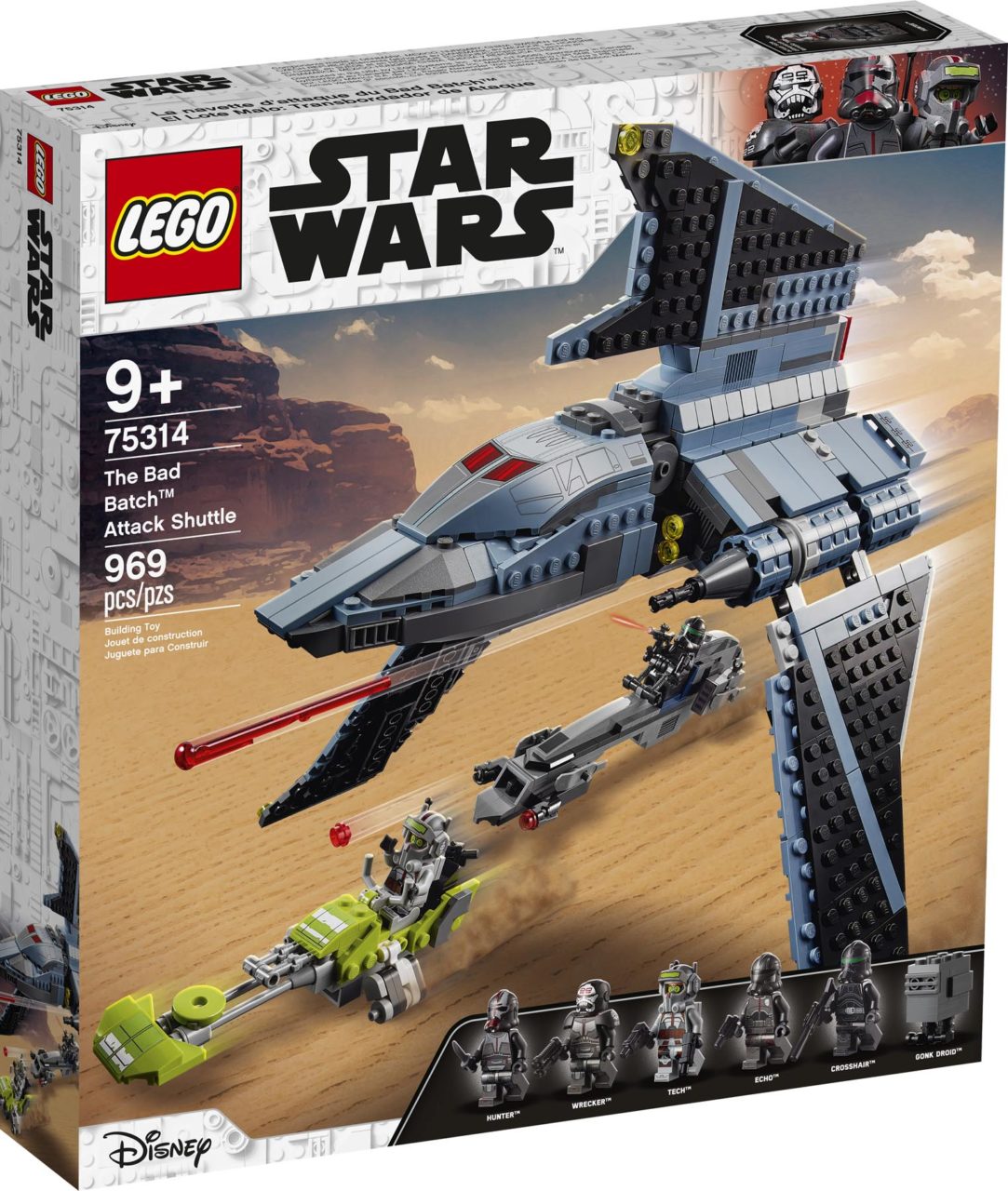 Why is it called The Bad Batch Attack Shuttle and not Havoc Marauder?

You can read more about it on StarWars.com, see more pictures on the 75314 The Bad Batch Attack Shuttle page on LEGO.com, and if you click through that last link and place a pre-order, we’ll get a small commission. Is it a coincidence that this set was revealed with pre-orders open a day after the May the Fourth shopping promo ended? Nope!