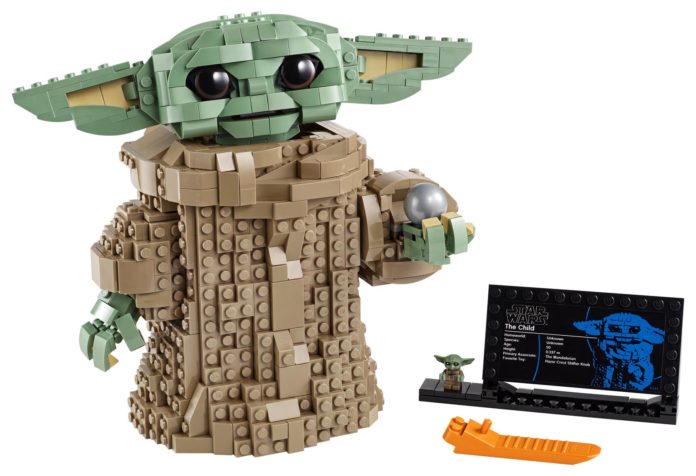 Just like every other Star Wars toy license holder, LEGO is cashing in on Baby Yoda’s popularity by releasing what you see here: a UCS-style Baby Yoda statue, officially known as 75318 The Child. It’s along the same vein as the the Yoda statue just not as ugly. Don’t get me wrong, it’s still ugly but not as nightmarishly bad as this. As much as they try, I don’t think the medium really lends itself to capturing its cute and endearing qualities from the source material. The special effects artists and designers did the impossible in making Baby Yoda look both old and young and cute all at the same time. I just don’t see that reflected here. 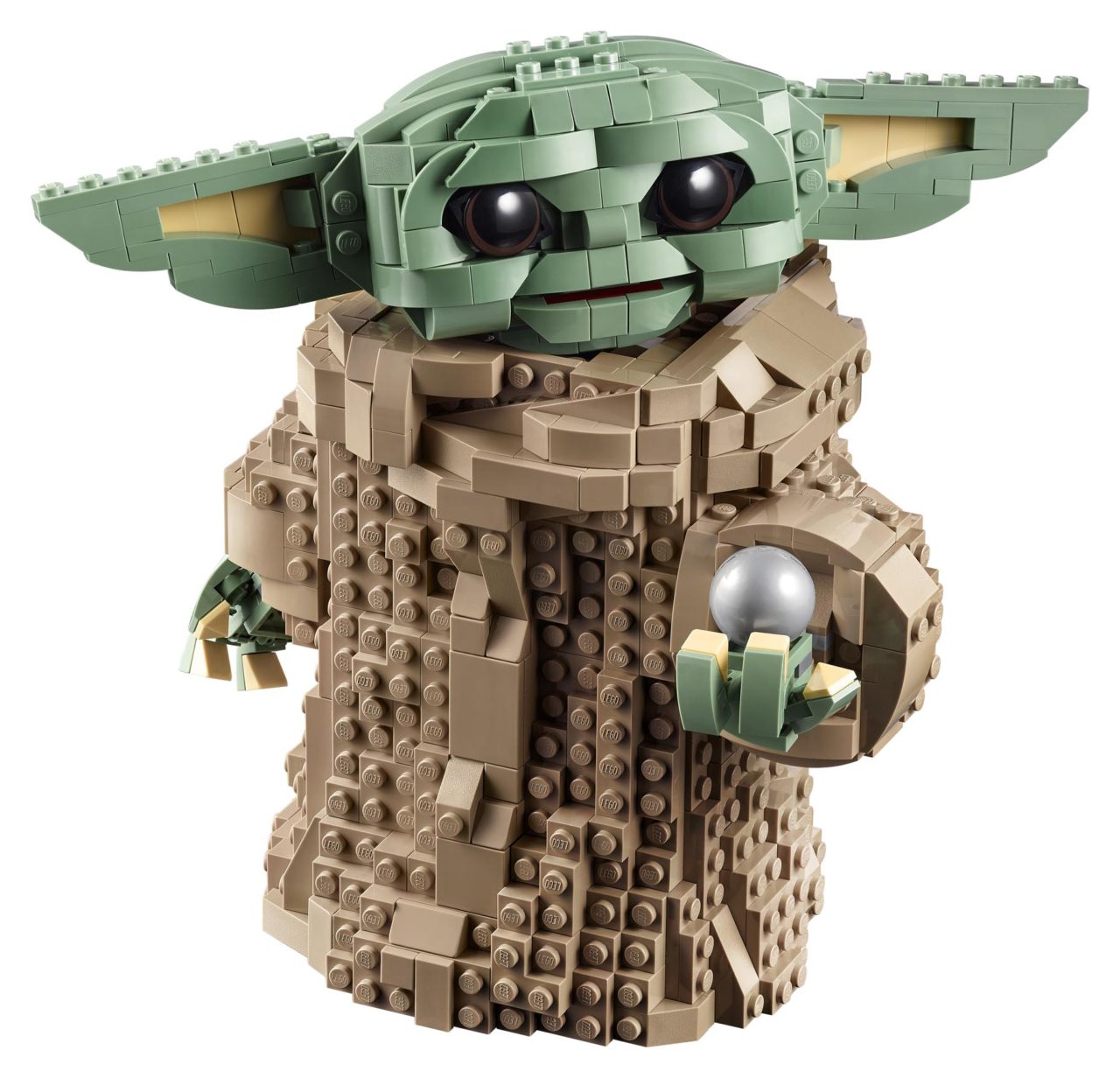 But again, it’s not as horrifying as the Yoda statues from before. The articulated ears, arms and hands are posable and will let you recreate a variety of Baby Yoda’s famous gestures. It looks like the head can tilt slightly and the mouth can open and close too. 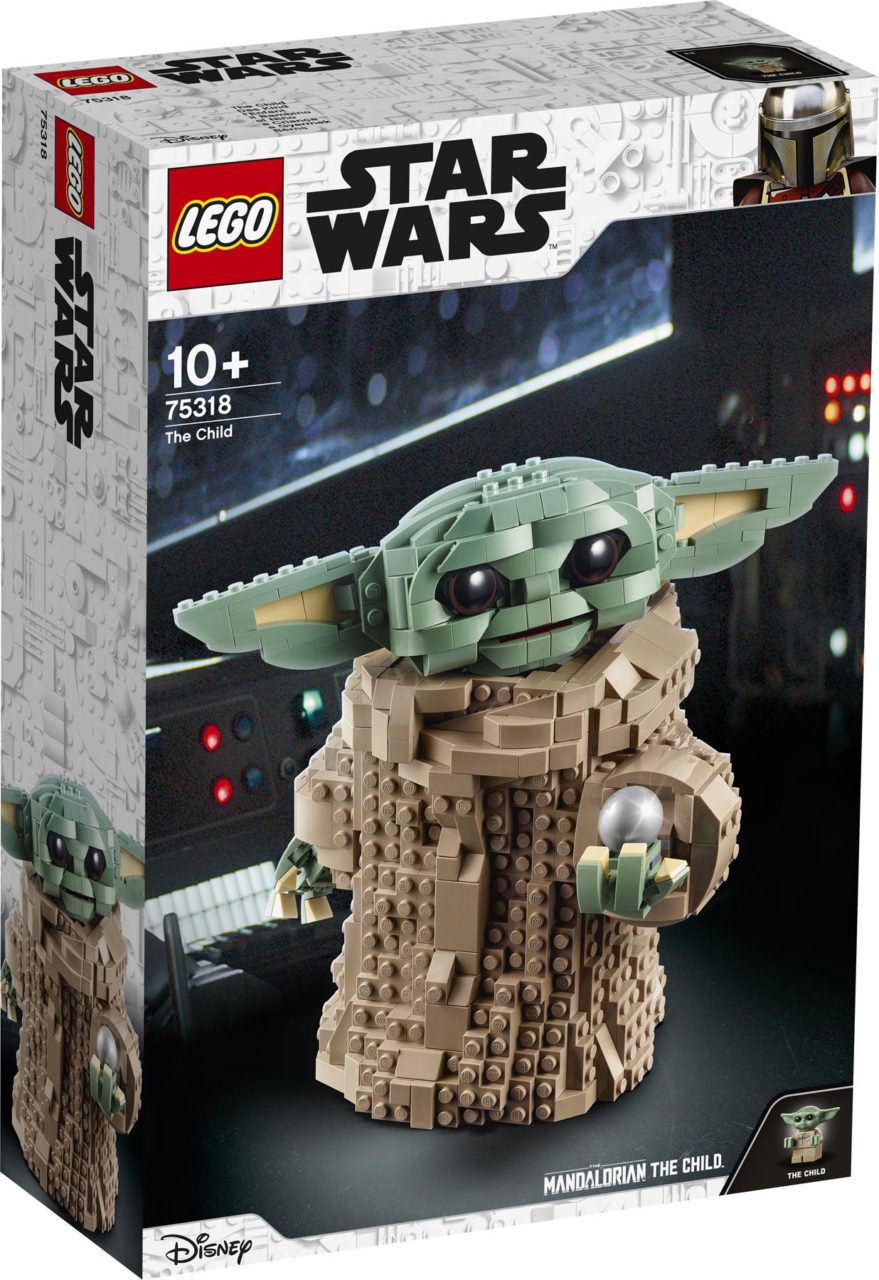 Today, the LEGO Group reveals its latest construction set featuring the beloved character from the Lucasfilm series Star Wars: The Mandalorian™. The LEGOÂ® Star Wars™ The Child construction set is inspired by the small-in-size but powerful-in-charisma character, the Child (or Baby Yoda as fans have affectionately dubbed the character), from the series. The building set will be available globally from October 30th, with pre-orders starting today as part of the Mando Mondays program announcement from Disney and Lucasfilm.

Measuring just under 20cm (7.8 inches) in height, builders can experience the fun of building a set inspired by one of their favourite The Mandalorian™ stars in 1,073 pieces. Designed for fans aged 10 and over, builders can make the model their own. With a posable head, movable ears and an adjustable mouth, fans can choose from a range of the Childâ€™s famous expressions when putting their finished model on display.

â€œWhen I received the challenge to create a LEGO brick-built version of the Child, I knew that I had to get it just rightâ€ says Michael Lee Stockwell, Design Manager, LEGOÂ® Star Wars™. â€œThe goal was to capture the charm, and above all, the cuteness of the character, so we worked meticulously, choosing and placing each and every brick. We even included authentic details like the gearstick knob â€“ a favourite toy of the Child as seen in the series.â€

The construction set comes with an information plaque, which includes the Childâ€™s height and age, and a LEGOÂ® Star Wars™ Minifigure of the Child to complete a charming display.

75318 LEGOÂ® Star Wars™ The Child construction set will be available for pre-orderÂ from 21stÂ September and then globally from 30thÂ October, directly via LEGO.com, LEGO Stores and other retailers.

FBTB is an affiliate partner of LEGO.com. Clicking through any of the links in this post will support FBTB with a modest commission. As always we thank you for your support.