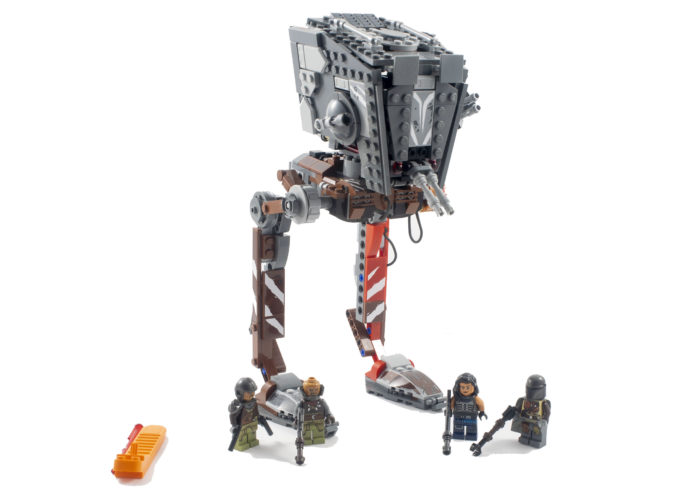 If you did a cursory glance at the LEGO Star Wars catalog, you’d think that the only thing that LEGO made in the line would be Luke’s Landspeeder, X-Wings, Jedi fighters, and for some reason recently, the Throne Room fro Return of the Jedi. Oh, and AT-STs. They love some AT-STs.

While not like the X-Wing, which has been out and available in some form since 2006 (seriously), there have been five different system scale versions of the AT-ST. Of course, this review is for 75254, which is from The Mandalorian and not the Empire/Jedi version of all the others… but it’d be kind of hard to know that if you hadn’t watched on particular episode, or if you built the previous version and didn’t pay close attention to the color or that they’ve added seventeen thousand stickers to the thing.

It’s no secret that I liked the Mandalorian (and no, I have no idea when Ace will get the review for the last episode done)… in fact, the episode that features this particular set was one that I reviewed. Episode 4 of the first season, Sanctuary, was one of my favorites for the season. It introduced Kara Dune, it gave us one of the best gifs of the series, and was generally just a tone-setter for the series going forward.

Minifigure wise, we get The Mandalorian, Cara Dune, and 2 Klatooinian Raider minis in the set. This is a decent lineup, but I feel like the set would have really benefitted from adding an Omera minifigure to it. I get why Baby Yoda (he willÂ never be just “The Child”) isn’t in the set, it was made well before the series launched, but nothing would be given away adding Omera, and she was critical to the whole affair.

First up, our friend Din Djarin, is… fine, I guess. Something about it feels too bright and colorful. In the first couple of episodes, he had more leather under his Beskar armor, but by this point, he had a lot more steel on. More than that, most of the rest of the under-armor and leather was a dark tan to gray. Even just toning down the tan in the figure would have helped. 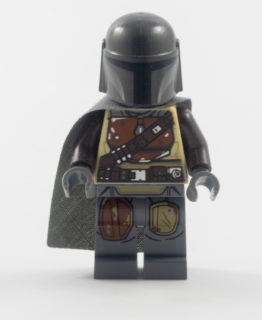 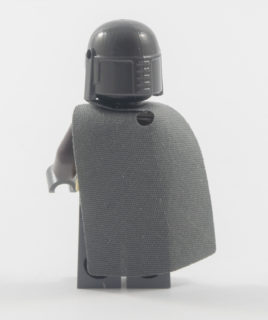 The weird thing is the choice to include his rifle, but mount it on a pistol. Why not use a full rifle with a shorter end, or even the same end so they get the fork in place? It feels weird, and doesn’t look right when he’s holding it.

The best of the figures has to be Cara Dune, who first showed up in the episode related to the set and immediately commanded the spotlight. Yes, it’s still The Baby Yoda Show, but she was one of the most interesting characters we only got little scraps of history on in this episode. I think it’s a solid likeness, though I think she could have gotten a better weapon here as well. Not sure what it should be, I’d have to go watch it again, but she was a commando, and a giant rifle doesn’t seem right here. 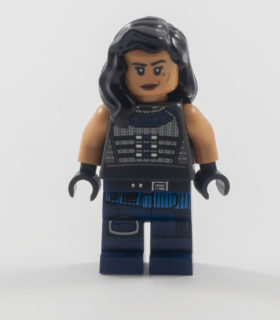 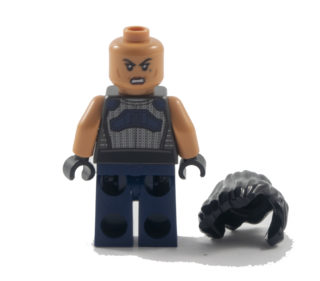 We get two generic raiders, which fits, since that’s really all they were in the show as well. They’re fine, and will be disintegrated like anyone else. Still, I wish they would have done more with the villagers side, or added a touch of variety (the raiders weren’t all Klatoonians as I remember).

The set proper is… yeah. A thing. Let me be clear, I love the AT-ST. It’s impractical, stupid, and fantastic. So is it’s younger brother the AT-AT, and I’m on the record as loving the walkers in the prequel trilogy as well. It’s been a long time since I’d built one though, and the last one I purchased came with the Endor Bunker, which is probably still the best AT-ST ever made (including the UCS). 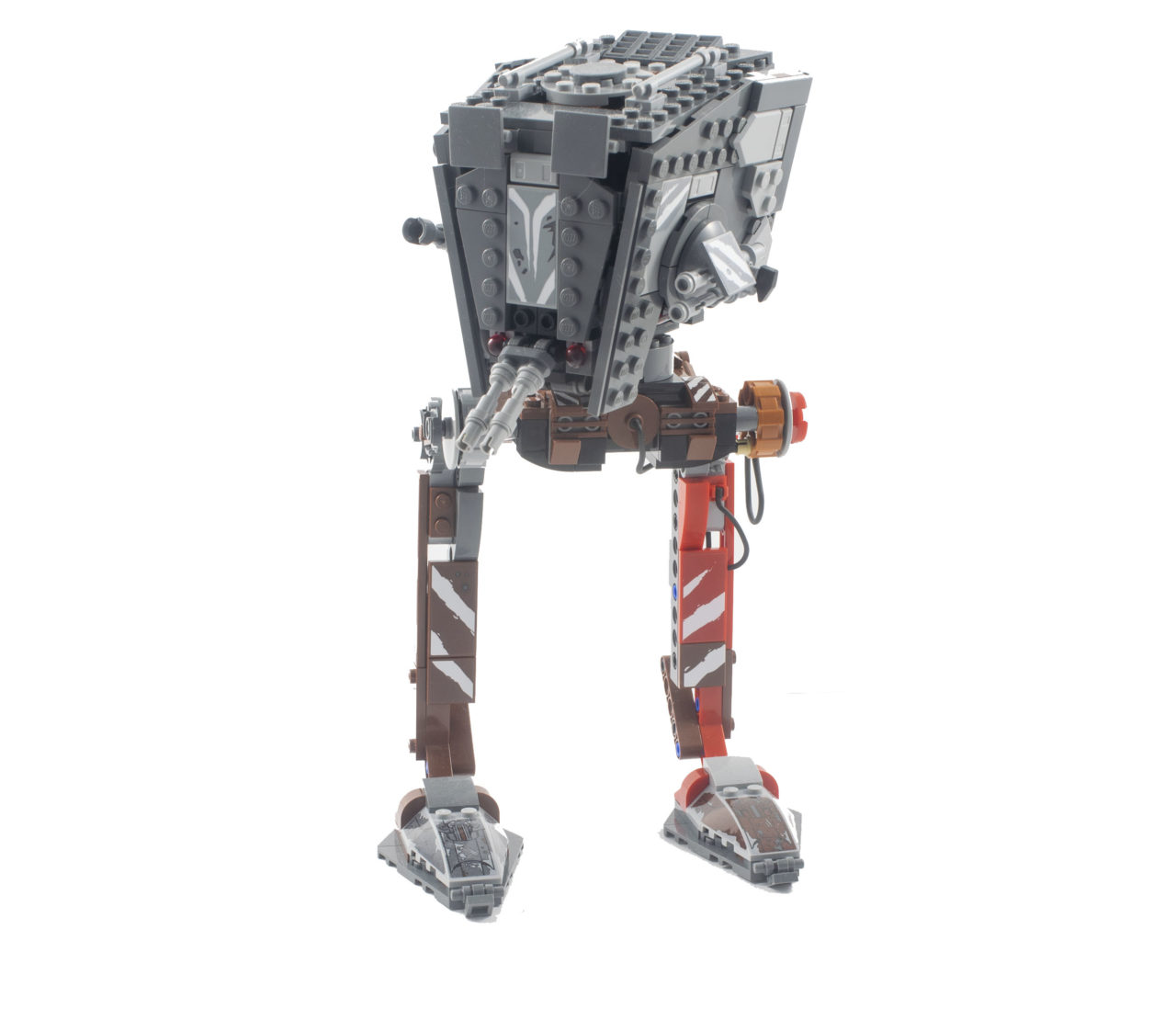 I eluded to this earlier, but if you have the 75153 AT-ST Walker from a few years ago… you’ve got this set. Maybe there are a few parts different… I don’t have the last one to compare, but just looking at Ace’s pictures on that review shows them to be effectively identical. It was an average set to begin with, and it’s not made better by swapping out the color.

That’s part of the problem, really… in the show, we only see the AT-ST during the night, when they did some recon and started to plan an attack. It has some striking red… inside the turret itself. And there’s a little bit of paint, but you never really see it, since it’s shining lights or shrouded in darkness. 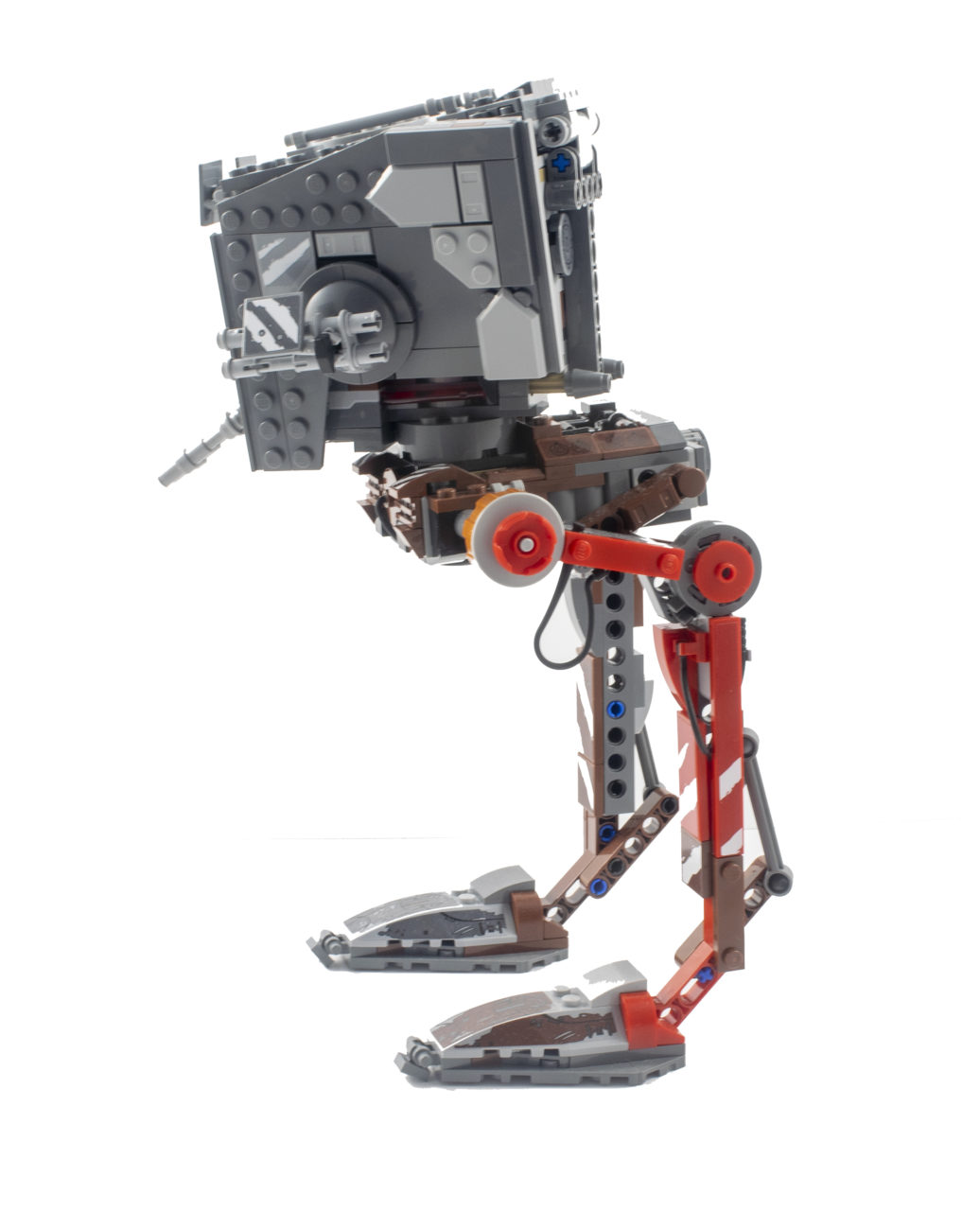 That’s a huge issue with this set… the color is jarring and ugly, which would be fine if the source material was jarring and ugly. But it’s not, it’s far,Â far, far more subdued in the show. This is really an example where less could have been more, or LEGO could have made the color look more bolted or slapdash, rather than coloring the entire legs as red and brown.

Normally, the defense would be “they are working on concept art and storyboards” when the design a set. Which is true, but we also can see the storyboards and concept art at the end of the episode, on the Star Wars site, or eventually in the obligatory visual dictionary… and it doesn’t look like that in those either.

Past the color choices, there’s the fact that this set is simply covered in stickers. It’s been a long time since I built a Star Wars set, and I know stickers have been common for awhile… but this feels excessive. They’re on the feet, the legs, the top, inside, cheese slopes… just everywhere. Some are needed for the accents (but also seem common enough they could be printed), but most don’t add that much that the color wasn’t already doing.

Functionally, the set is fine, I suppose. It stands there, and has those little hinges that let it “walk” or be positioned a couple of different ways. I really like the use of the whips to connect the legs… that’s the unique part of this particular set compared to the previous one. That’s an innovative part use that I always love to seem, but they’re also pretty fragile and easy to knock off. It only really extends to the legs, as well… similar features or ideas aren’t really used anywhere else.

Really, though, I think what really hurts this set is the lack of those “evil eyes” that the AT-ST had in the show. It feels like they could have done something… put in a light brick, or some “glass”, or something to give that effect. Want to improve this set by miles? Add that light brick and build that into the back. It’s a tiny thing, but would have made the set so much more unique and memorable.

Final verdict here… I wanted to love this set as much as I loved the episode it was based on. But a poor build quality, ugly color and look, and only one great minifigure (Mando himself will be in the Razor Crest – a much better looking set), really drag it down. It’s… lazy. There are so many stickers, nothing new in the way of the build, and little besides the walker here. It’s not a coincidence that the set is almost always on sale in some form. At my local Target’s, it was just permanently marked down to a lower price… which is odd, since they’re usually marking stuff up by one or two dollars.

The only real reason to get this set is for the minifigures, and I have a hard time ranking it any higher than a two out of five. LEGO phoned in the design on this one, which is unfortunate, since there are certainly things that could have been improved on the build. If you want some Mandalorian goodness, this and that battlepack are it until the Razor Crest comes out in September, so you can pick it up right now for $40.00 (20% off) on Amazon.com. 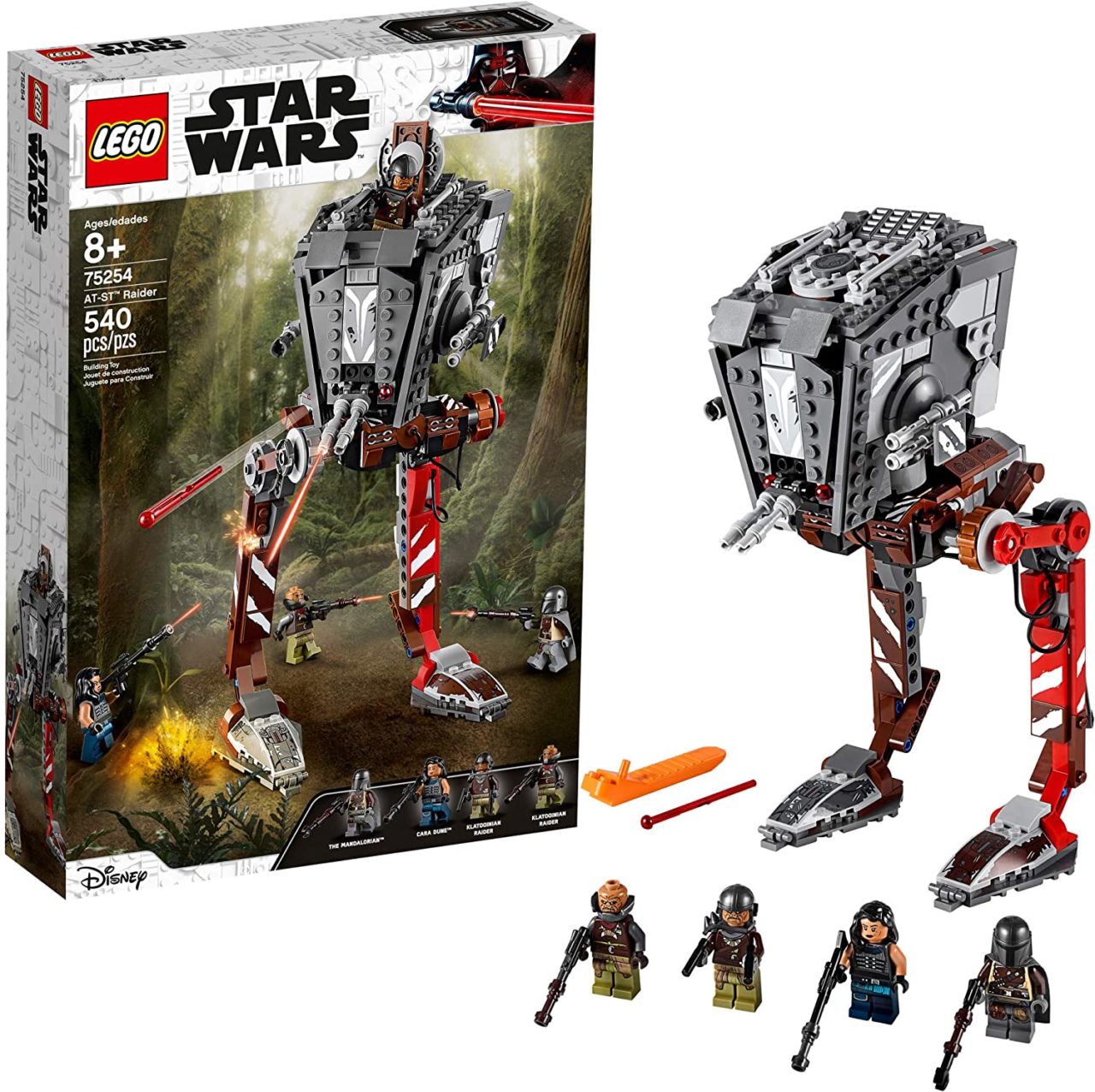