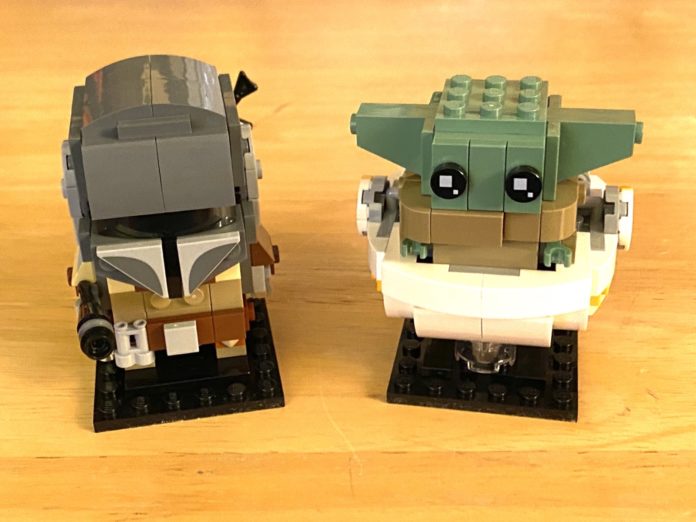 I’m not into BrickHeadz. They remind me too much of Funko Pops and other collectible vinyl toys. I’m pretty sure that’s why LEGO decided to make these things, to either compete with those vinyl toys or appeal to a new market that may not have otherwise considered picking up a LEGO set. I built the Wonder Woman LEGO Store exclusive and that was enough for me to get an idea of what these things are about. Despite a BrickHeadz looking like Joker from Batman or Luke Skywalker from Star Wars, they’re all pretty much the same. Like some sort of Snowspeeder nightmare. You can’t really play with them either so I don’t know what kind of appeal they would have for kids.

Well, based on that opening statement you can probably get a feel for where this review is going to go. I only picked up 75317 The Mandalorian & the Child as part of a review roll-out for all Mandalorian show-based sets. We covered the battle pack a week and a half ago, we have this one, and the AT-ST Raider queued up for next week. My Razor Crest isn’t shipping until 9/1 so hopefully I’ll be able to follow through on my idea to the end once I get it.

Anyways, if you’ve built one BrickHeadz, you’ve pretty much built them all. There may be some variations based on the accessories but really, it’s the same thing over and over again. Mando is no exception but I did want to call attention to the super clever way they built the slit into the helmet. 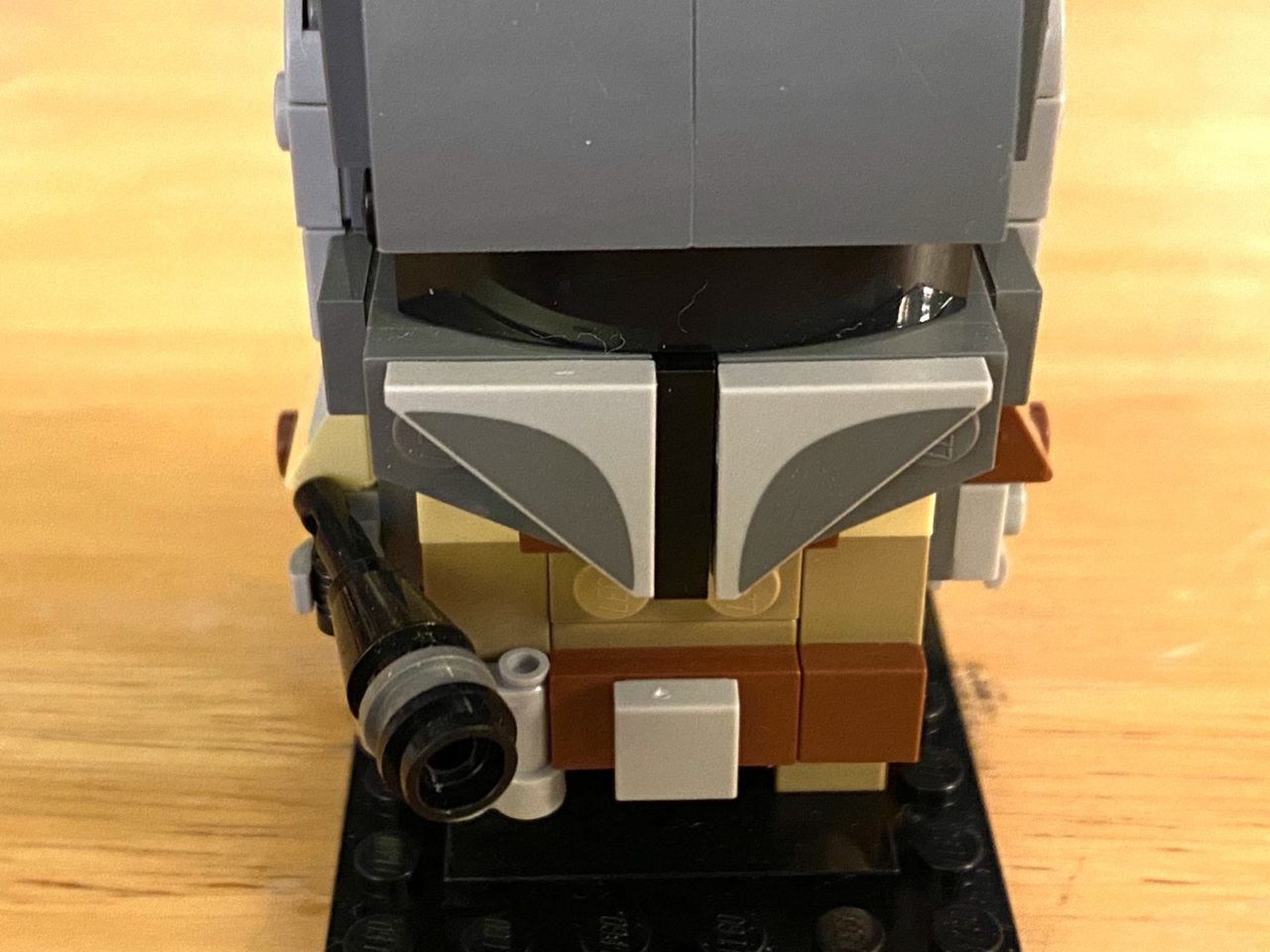 The slit is a tile thick, or thin depending on your outlook in life. Technically it’s a plate turned sideways but saying it’s a plate thick implies the studs are part of the thickness but they are not. It really is just a tile’s thickness. 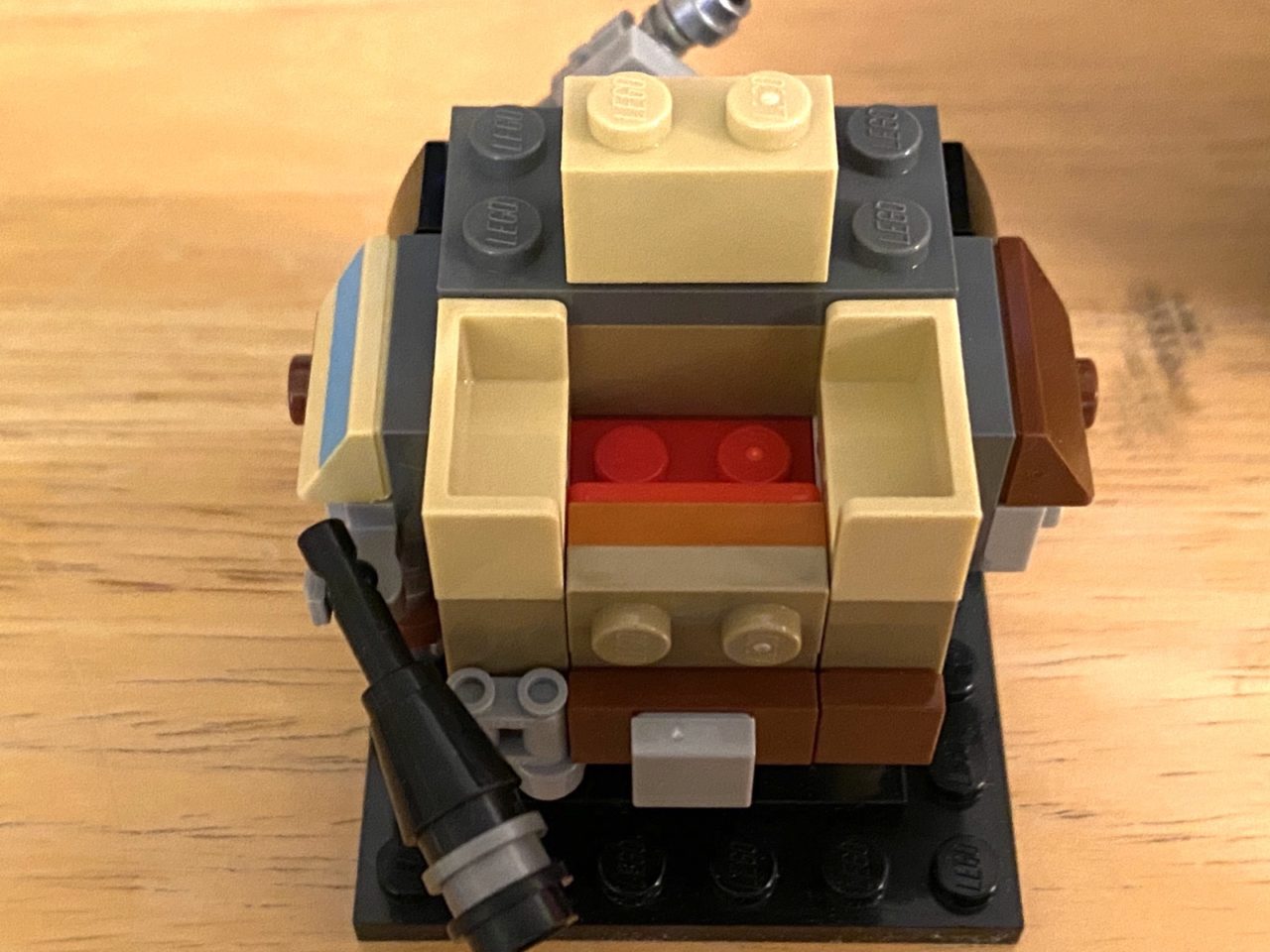 First thing to do is build this boxed area with walled panel elements. 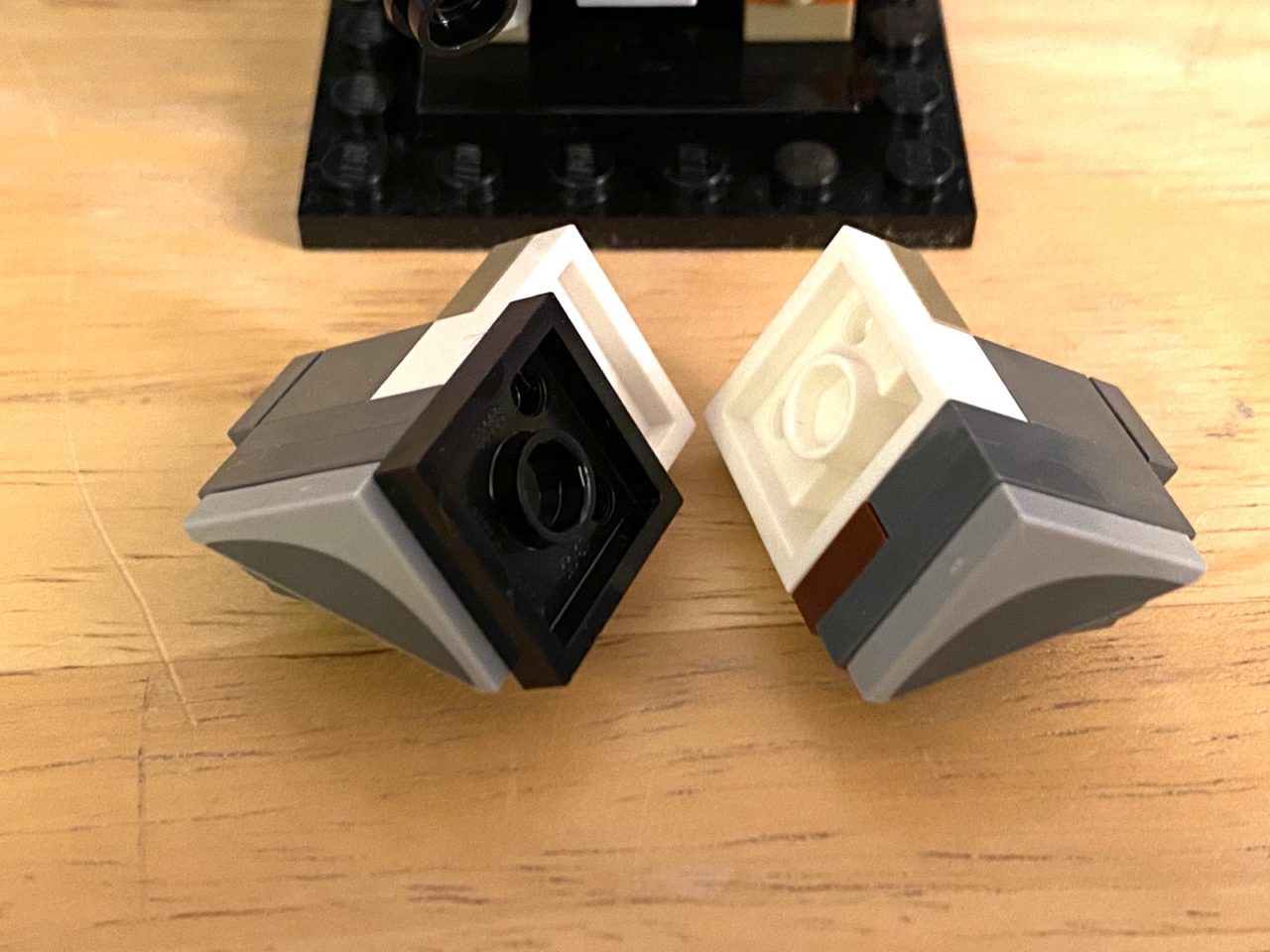 And then these two doohickeys that make up the front bottom of the Mando’s helmet. The edge of the black tile with two studs is what provides the slit. 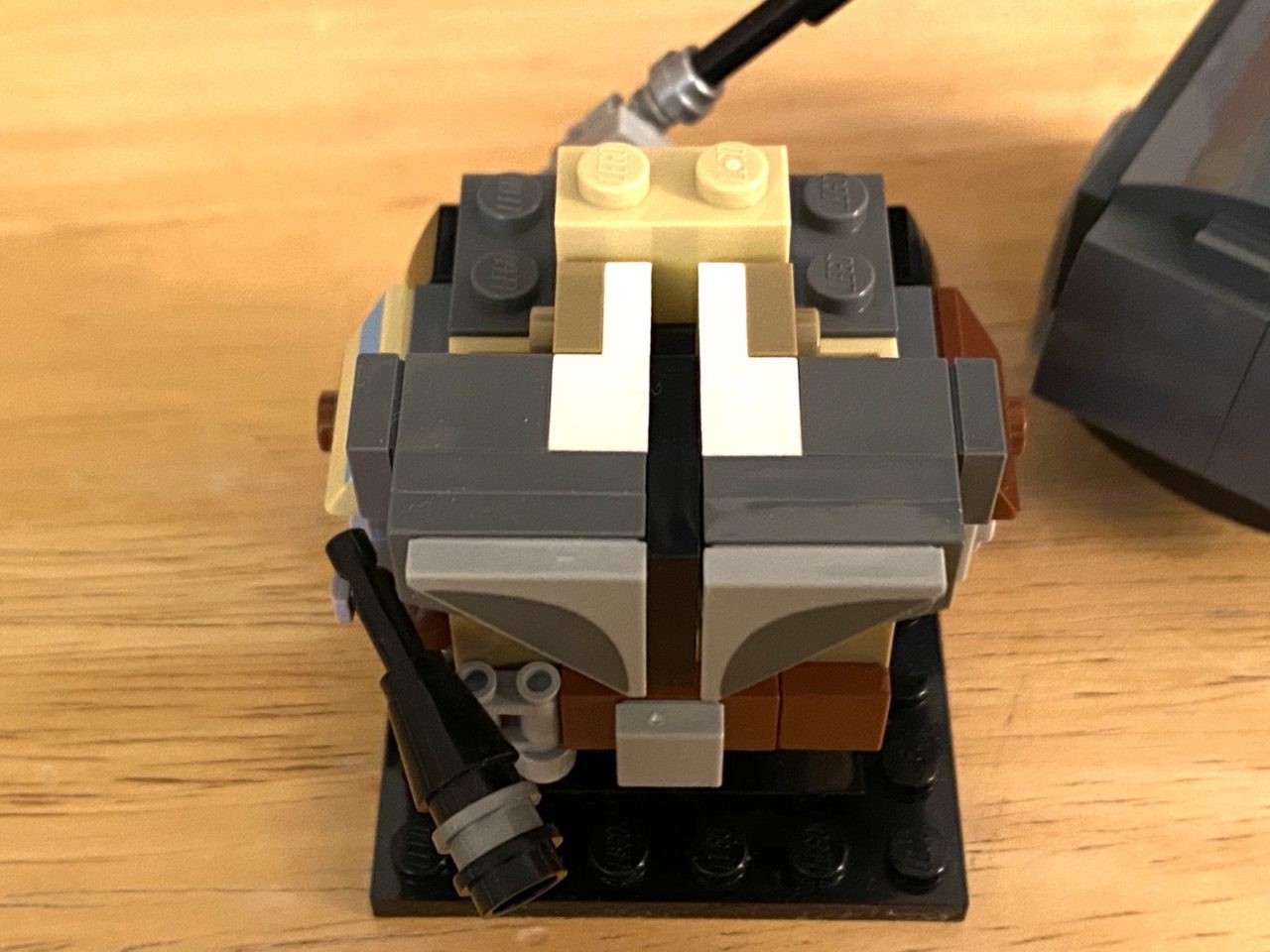 And then slide those two doohickeys in sideways into the box, guiding the sideways-facing studs between the panel walls. 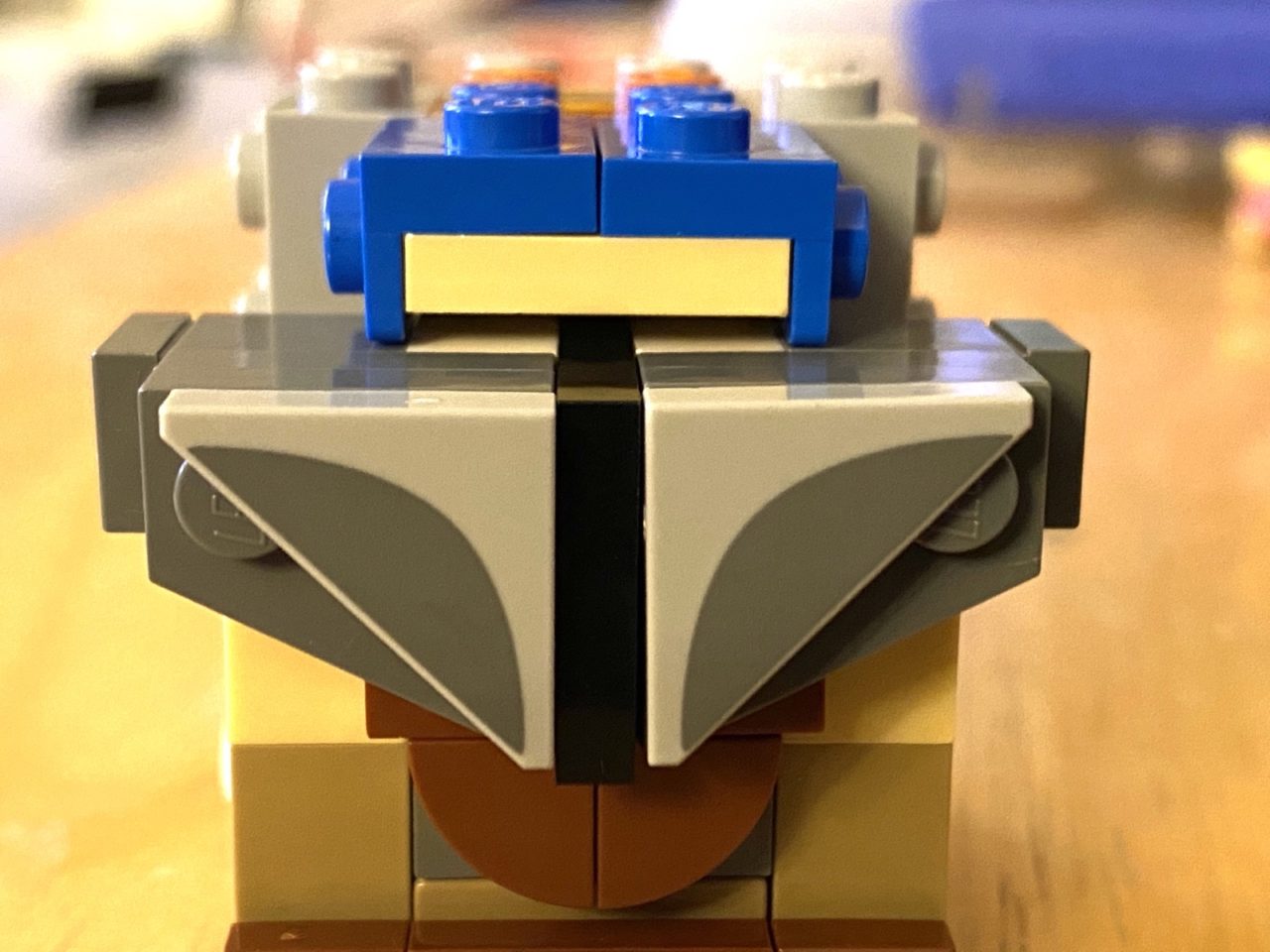 And then you basically just sandwich it from above to secure them into place. I don’t think I’ve ever built an official set that had parts of the build just sandwiched in place. It’s quite neat.

After building that part, I had one of those a-ha moments. Why can’t LEGO use the same approach for an A-wing and create a proper slit in the front? I can only imagine a slit 1 tile thin would be just perfect. Engineering is another matter entirely but here’s hoping the next version of the A-wing can incorporate this method and finally give us a proper A-wing slit that’s not faked in by a sticker.

The Child as cute as a BrickHeadz version of the Child can be. It’s fully built and not just the torso sticking out of the top of the pram. The ears are cartoonishly huge. 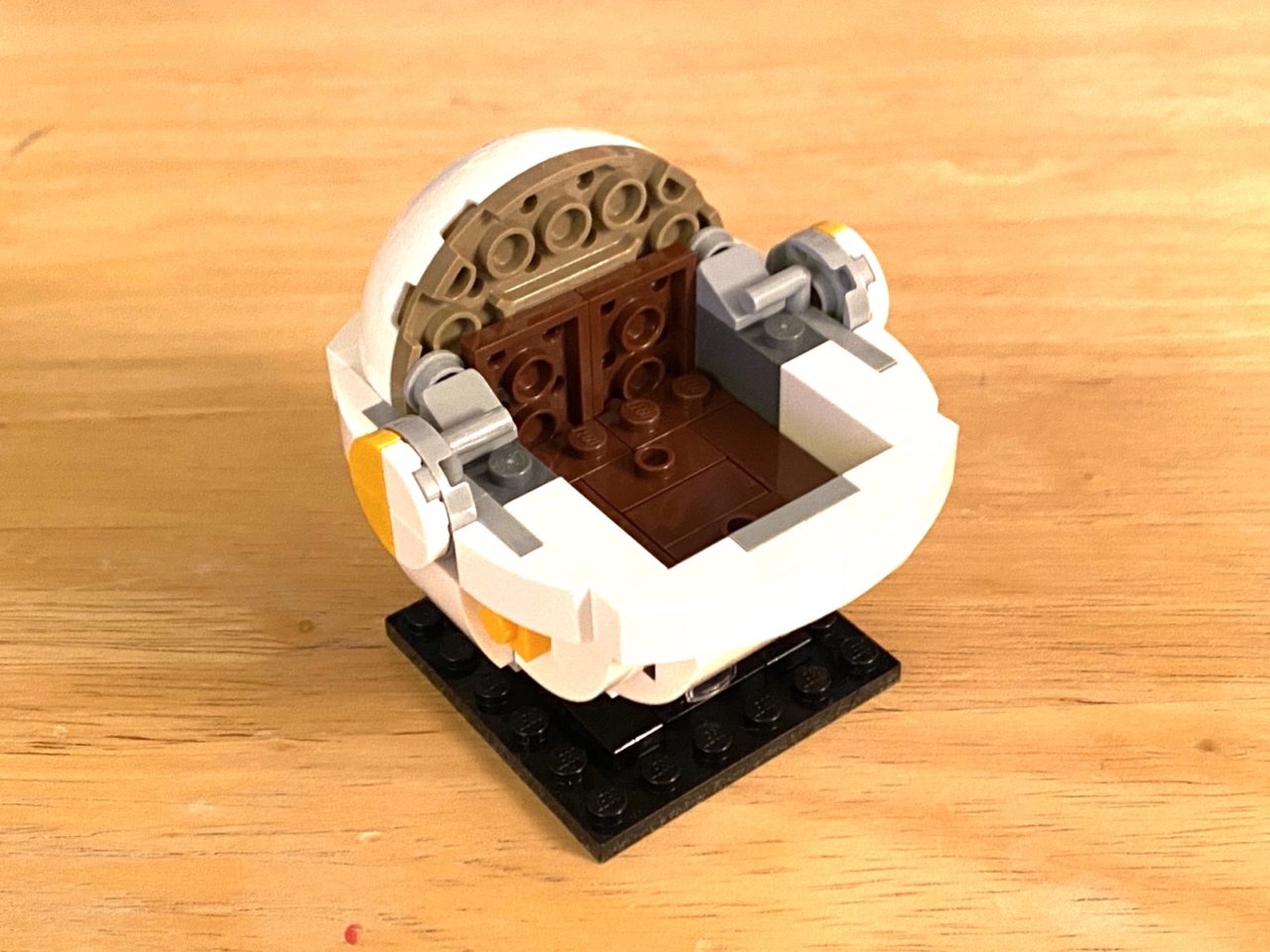 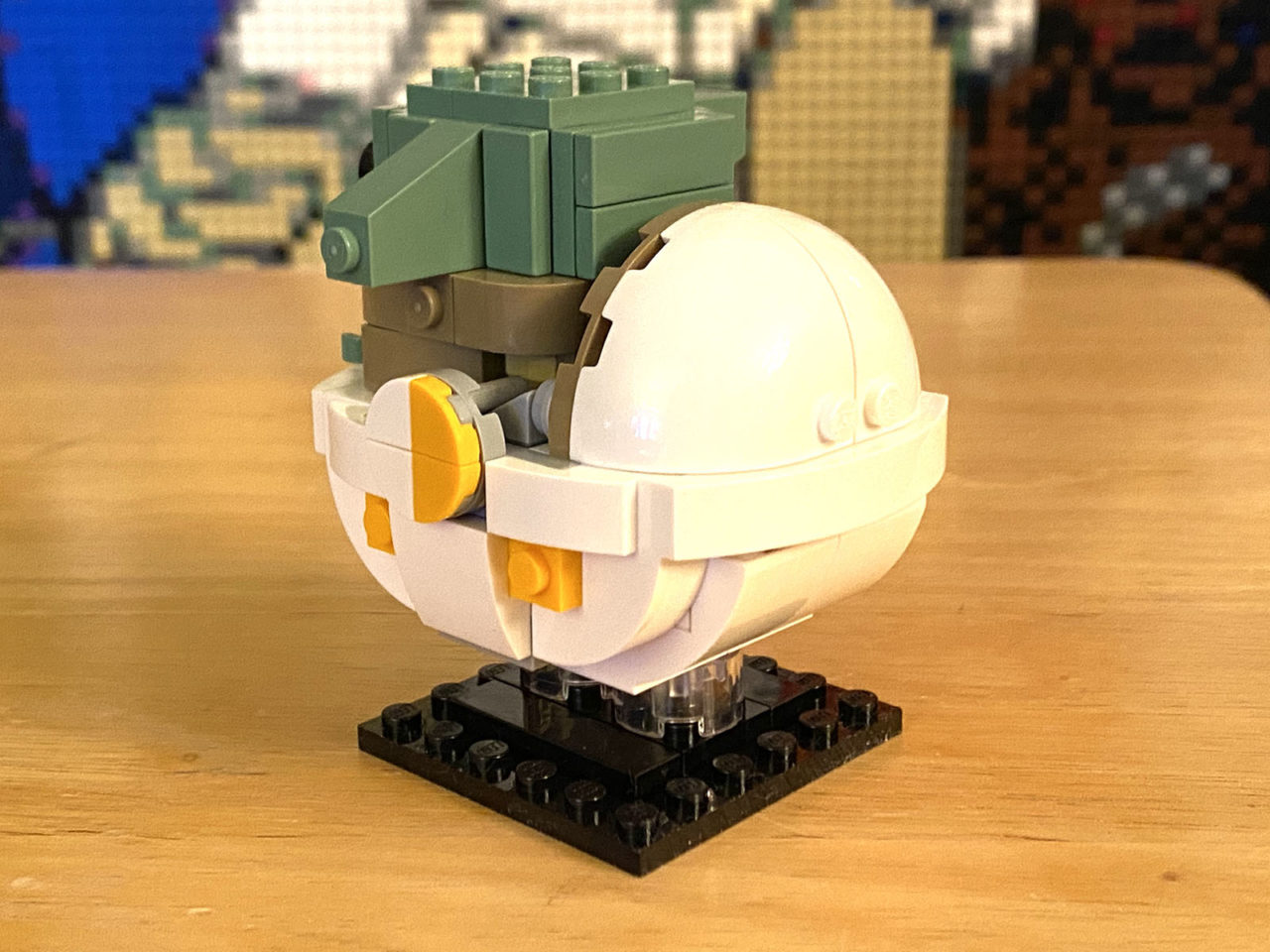 The pram is built with studs going in just about every direction; necessary to get that nice bubbly look. 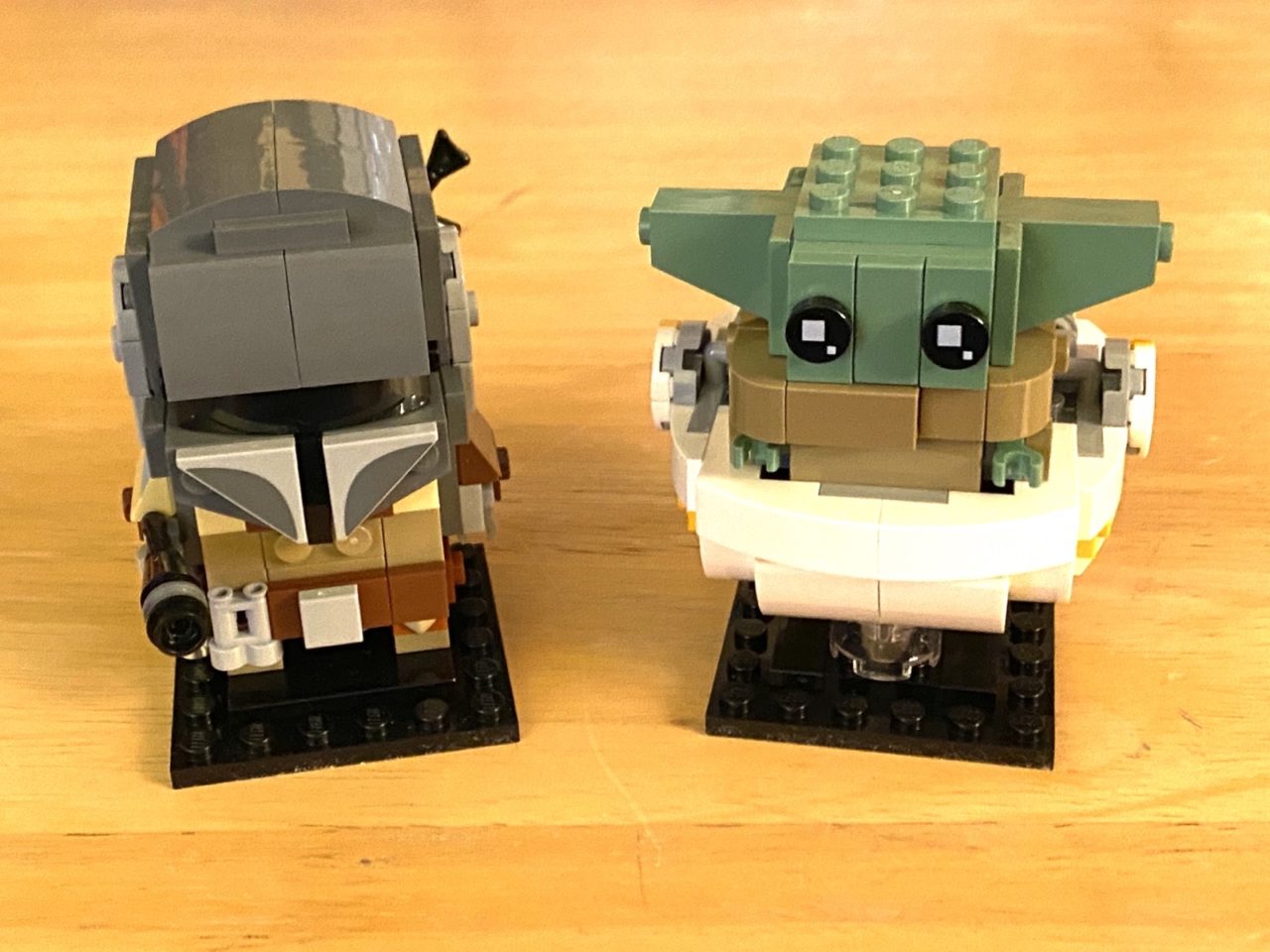 Put them all together and they make a nice duo. I may be burned out on Star Wars but I’m just about all in on The Mandalorian. I don’t mind these guys only cause I like the show so much. That being said, if it weren’t for the intent of doing this review I wouldn’t have bothered picking up a set. I don’t give two squats about any BrickHeadz set, even this one. The highlight was the way that slit was built and I’d almost say that that alone would be worth getting the set but you could always just get the instructions from LEGO.com and use your own pieces to build the paneled box.

I don’t really consider BrickHeadz a normal kind of LEGO theme. They don’t really fit alongside any of the other existing themes. And because of that I think they’re something you’re either into or not. I’m not so, despite my love of the show that these figures are based on, I can’t really score 75317 The Mandalorian & the Child above a 2 out of 5 stars.

Still feel like buying a copy? Right now, you can only find 75317 The Mandalorian & the Child online at LEGO.com and Brand Retail locations. I’ve heard you can find it at Target stores too; they tend to sell BrickHeadz a bit earlier than other retailers. 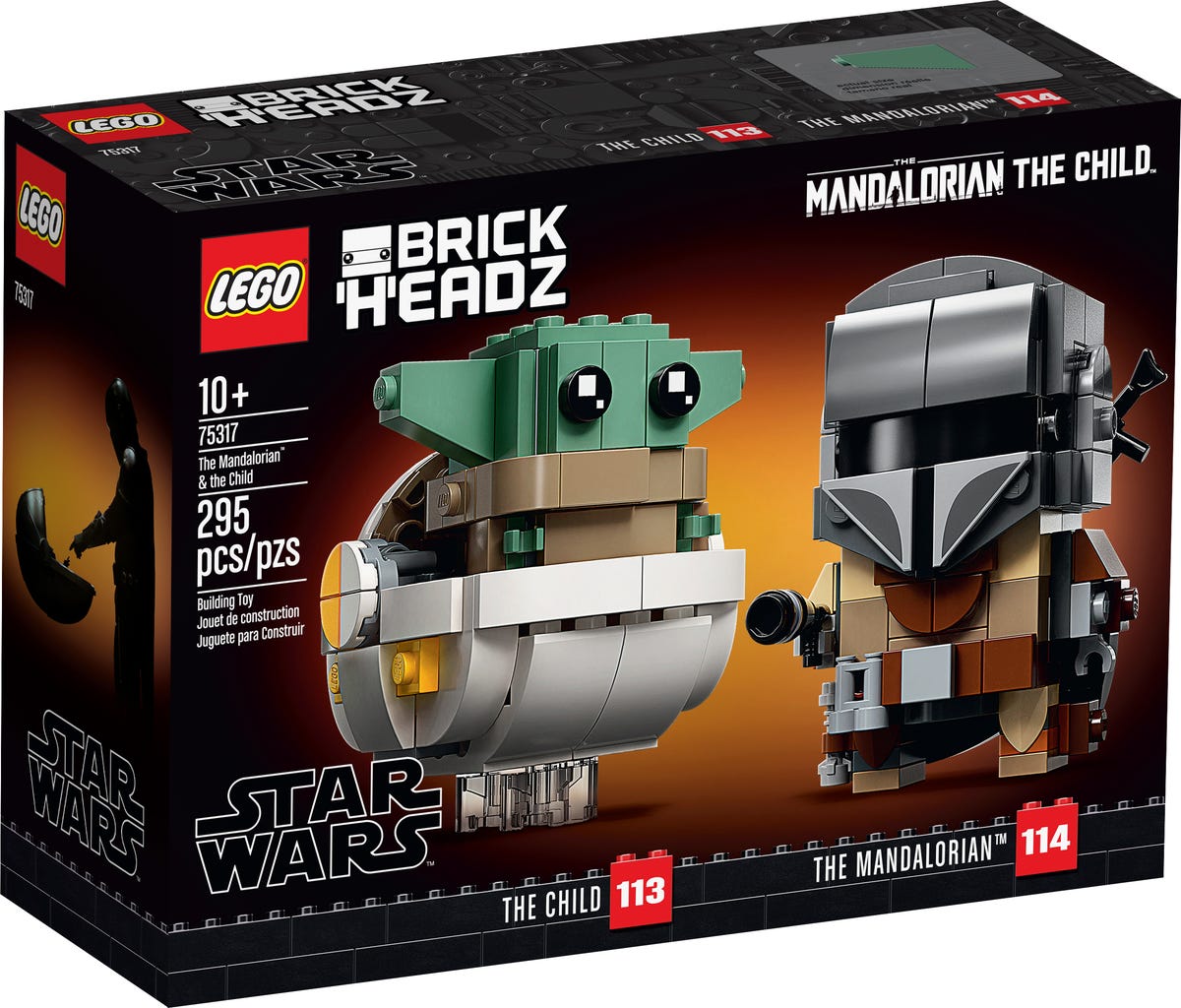 All of the 75317 The Mandalorian & the Child Review Pictures

Yep. I haven’t tried it yet, but a sandwich bag just might do.

Want to win my review copy? Send an email to giveaways@fbtb.net with What’s a pram? as the subject line. Standard giveaway rules apply. Yâ€™all have a week to enter. Submission window is open from now until 11:59pm August 10th. Good luck!