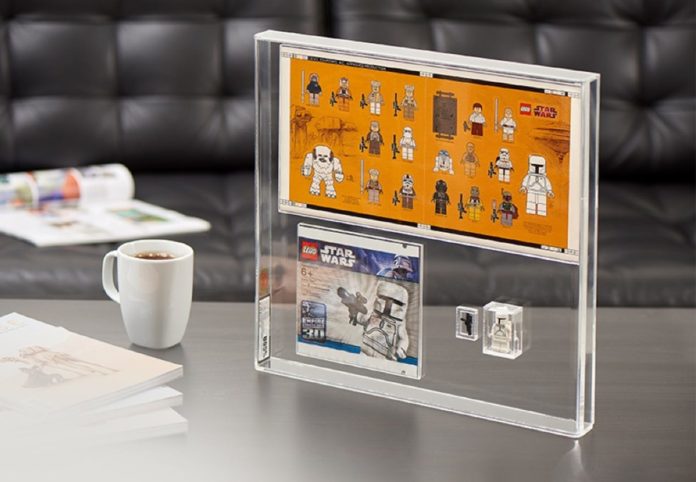 LEGO’s new VIP raffle offer is for a prototype Boba Fett polybag originally released 10 years ago. The figure is encased in a plastic display box complete with a blaster minifig accessory, the original polybag, and some sort of printed mini poster showing a bunch of LEGO Star Wars minifigs from Empire. It is of course graded by some grading ‘authority’. The whole package has bits interesting things going on.

I can’t figure out where the mini poster came from. I’m fairly certain it isn’t new and might have been a promotional piece that was printed around the time this figure came out. The minifigs in the poster are all from 2010 and are all from Empire Strikes Back. I thought it might have been pages from the Darth Vader printed book that came out around the same time as the Boba Fett polybag but I just checked my copy and one of the pages match.

While I kind of loathe the idea of spending VIP points for raffle tickets, I will say that this is one of the better giveaways they’ve had since I started paying attention. It is definitely better than last month’s giveaway of a Maz Kanata minifigure with a pictured signed by Arti Shah, the motion capture stunt double who is not Lupita Nyong’o.

Each raffle ticket will cost you 50 VIP points and you can enter a maximum of 15 times. Visit the VIP Rewards Center to enter. You have until May 17 to enter.