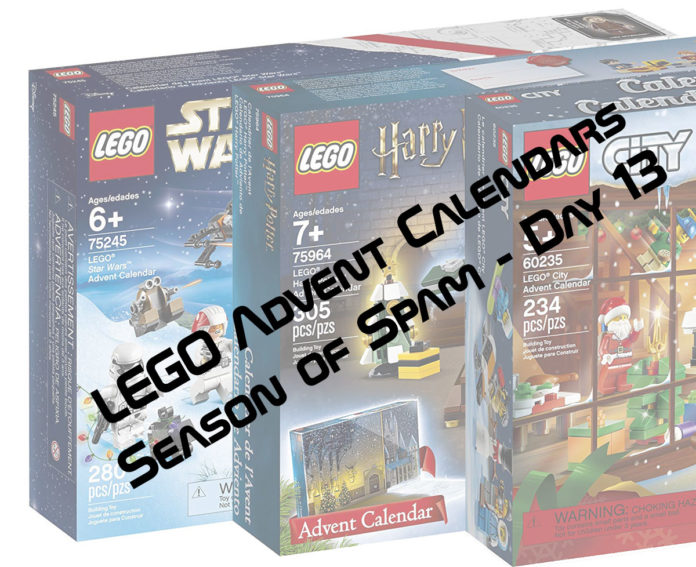 Hey! Look at that! We’re back in sync again after yesterday’s mixed bag, here’s the current standings:

Halfway through the calendars and we’re split evenly down the middle across all themes. This doesn’t bode well for the overall picture here but the optimist in me thinks things can still get better. 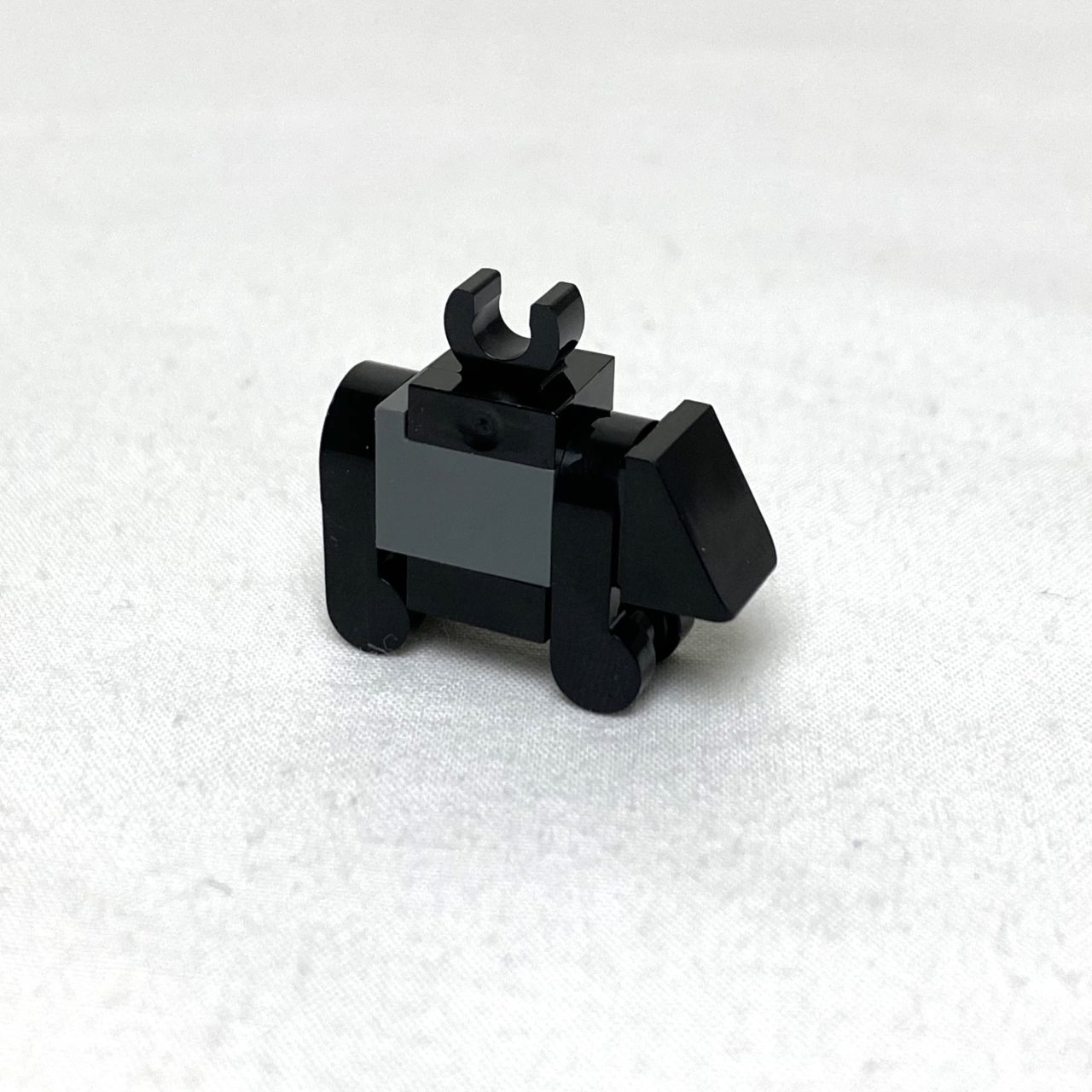 [Ace] I have no freaking clue what this is supposed to be. Some kind of robodog or something. I thought maybe a mouse droid? But that clip shouldn’t be there and I can’t think of why they’d use a gray headlight brick instead of black. Your guess is as good as mine. 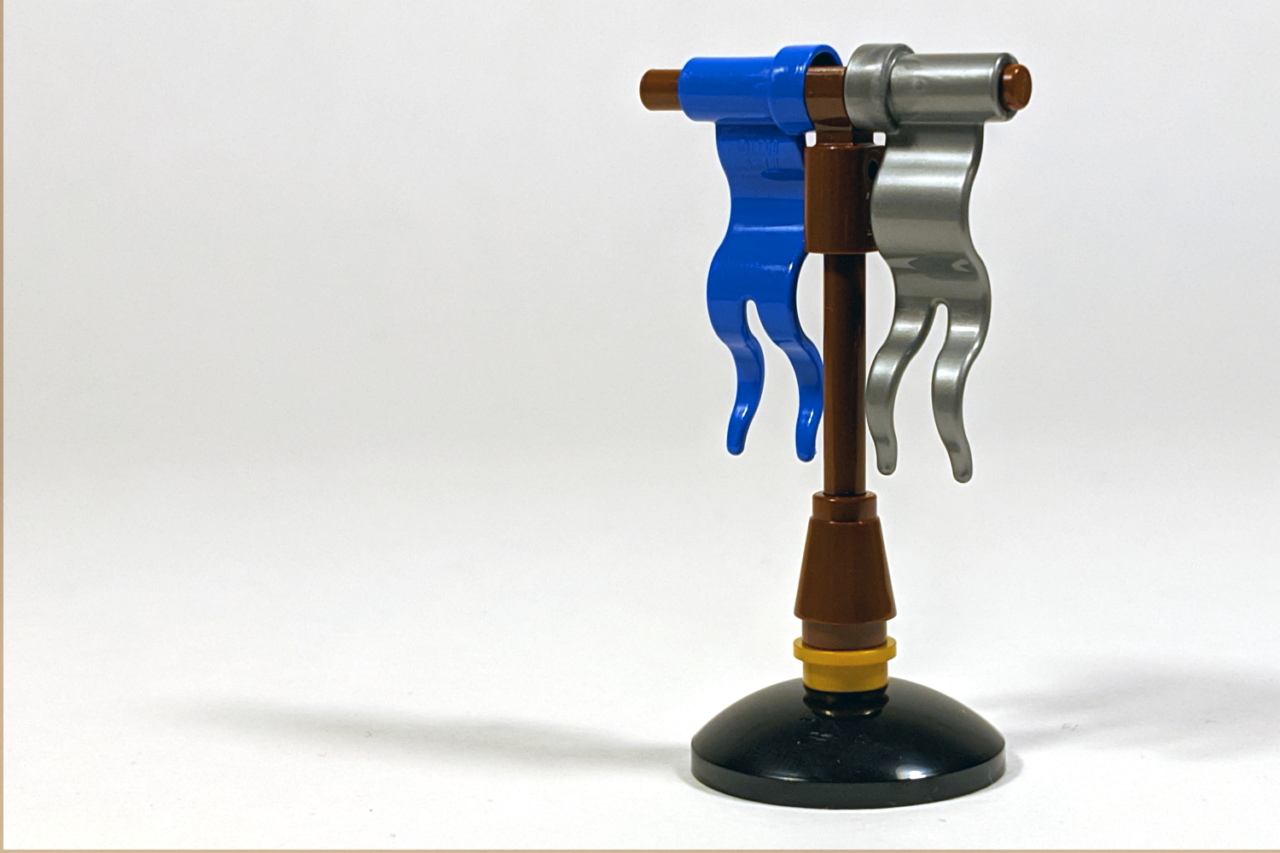 [Eric] Let’s see if I can come up with something new to say about this same flag build that I’ve gotten twice before.

I got nothing. The HP calendar is losing its magic…

Like, I get it. You can’t have Gryffindor and Slytherin without having Ravenclaw and Hufflepuff. But at the same time, would it have killed them to throw in two of these flags in one day? It feels like they’re padding for time at this point. Plus, some builds, like Day 4’s Christmas tree, have so many more pieces than these 8-piece flags.

Seriously, I’m gonna copy this entire post for whenever the Hufflepuff flag shows up. 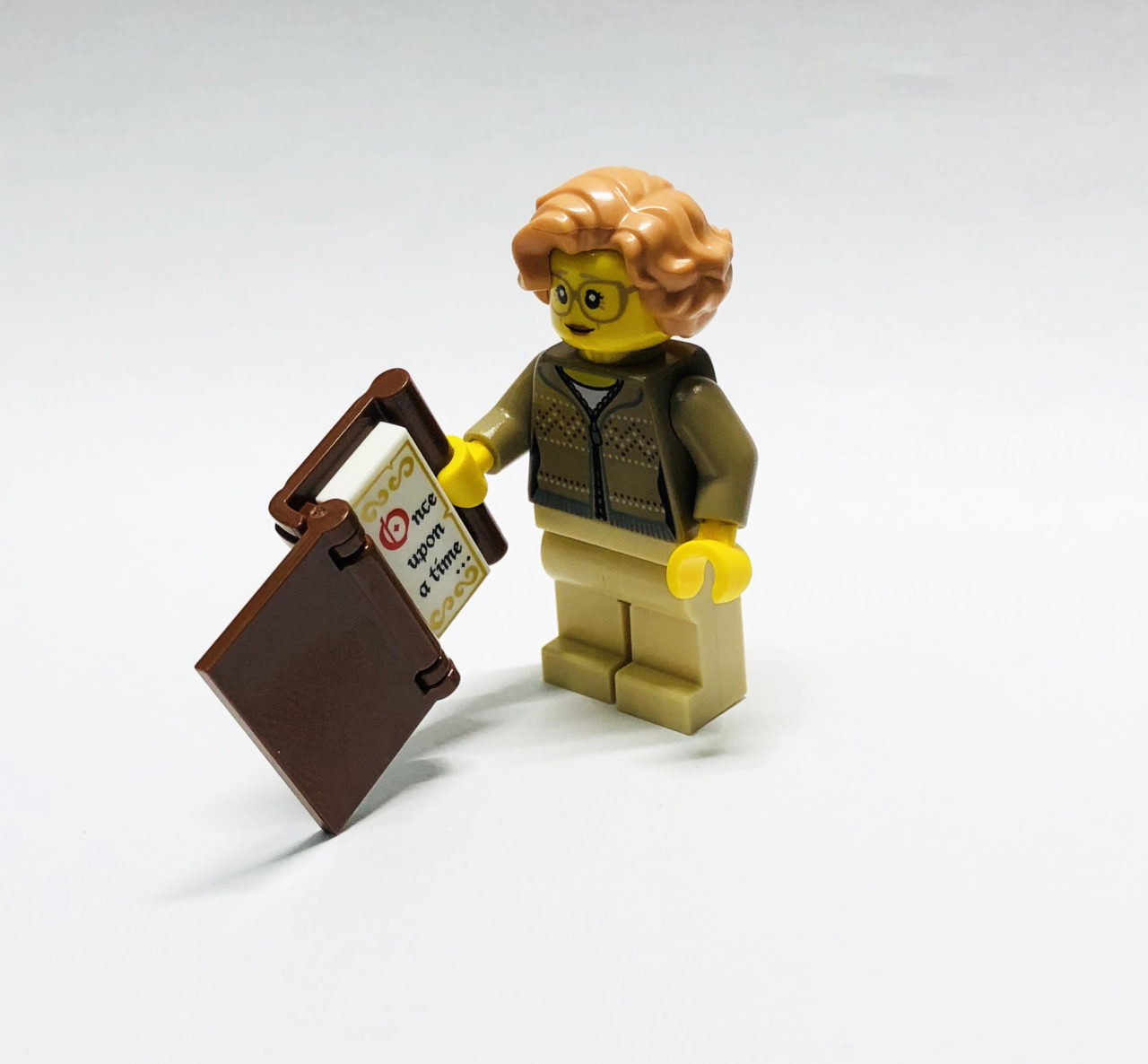 [Nick] Okay, wow. I know I’m a bit out of touch on some parts, but this new book thing is glorious. I had a ton of those old one-piece books that you could open and close exactly once… and they were along some of the first that I wanted to get rid of when I started to move parts. I love this new solution, even if the size is a bit weird. The minifig is also nice, though the sweater feels like it could benefit from some printed arms that match. It looks weird with the pattern on the front and just plain arms. That’s nit-picky, though, and I think it’s still a great pick for the day.