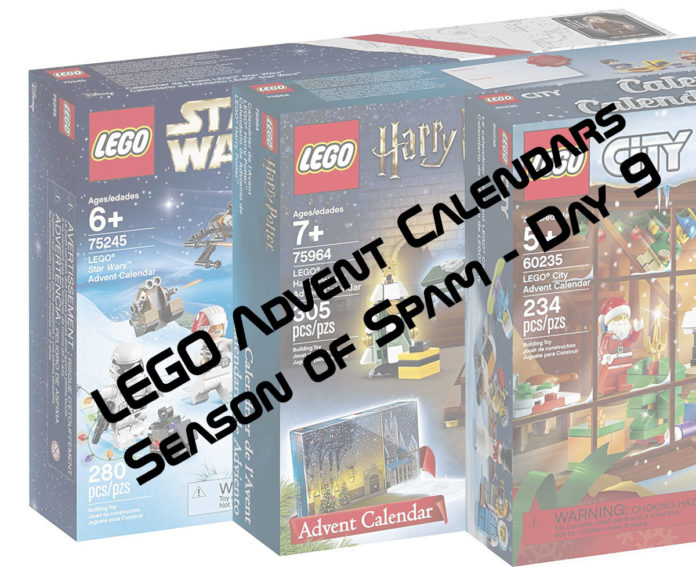 Well so far my theory is holding true. Yesterday’s advent offerings disappointed all around. 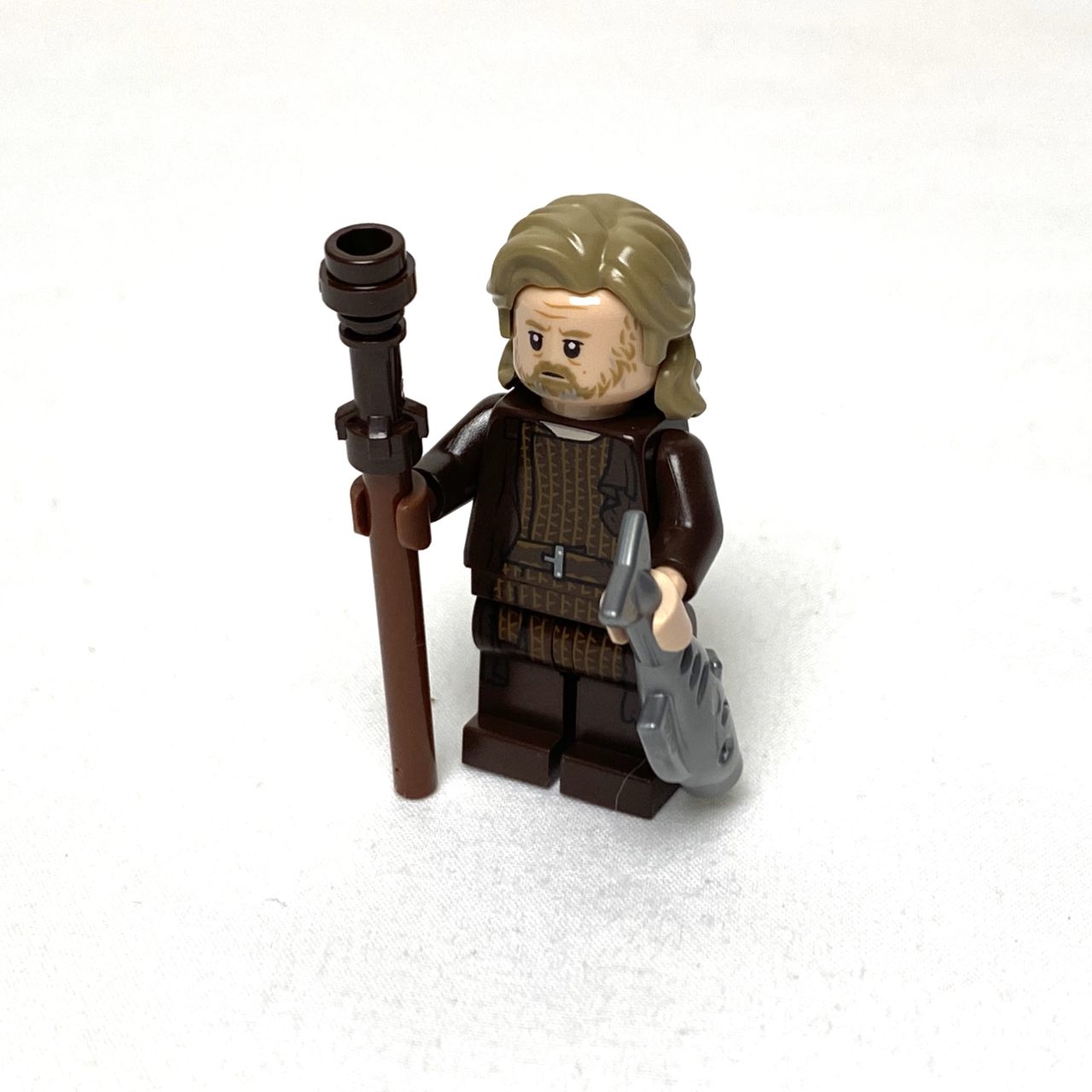 [Ace] Ah, remember that scene in The Last Jedi where luke was holding a lightsaber with a solid brown beam updside down by the blade whilst holding a fish? Neither do I, but this is what we got presumably to go with yesterday’s Sneeze Island MOC. Yawn.

[Eric] Literally the exact same build as Day 5, but I can’t help but be into this more, since I now realize that this is part of a whole, as opposed to “just some flag”. Plus, it’s Slytherin colors, which would be my house, if I were a child at Hogwarts. Hey, someone’s gotta be there. 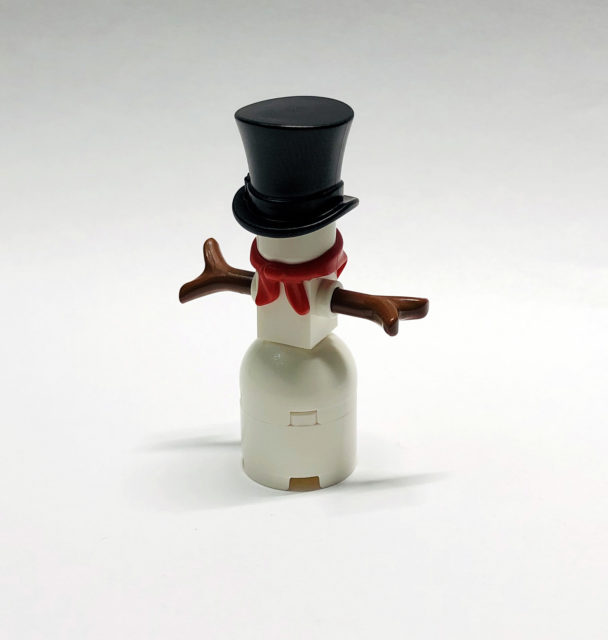 [Nick] You know, I like this snowman, but looking at the other calendar entries on this day, I feel like we got the short sticks. Really, the winner is the big top hat, which isn’t a new part, it’s been on CMF stuff before, but still, can always use more of them for any particular display. That being said, there are better looking snowman for similar part counts.