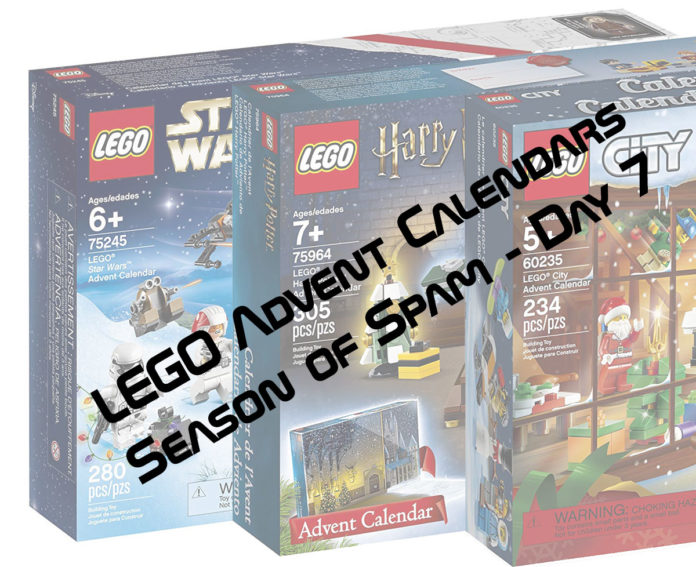 Update: We had some server maintenance done last night, and had some lingering permissions issues that prevented the images from showing up. Things should be back up to normal now.

After three days, we are at a tie across all three themes! The current tally is:

We’re only a quarter of the way through so hopefully the second leg is where the pace will pick up. Who’s going to take the lead? 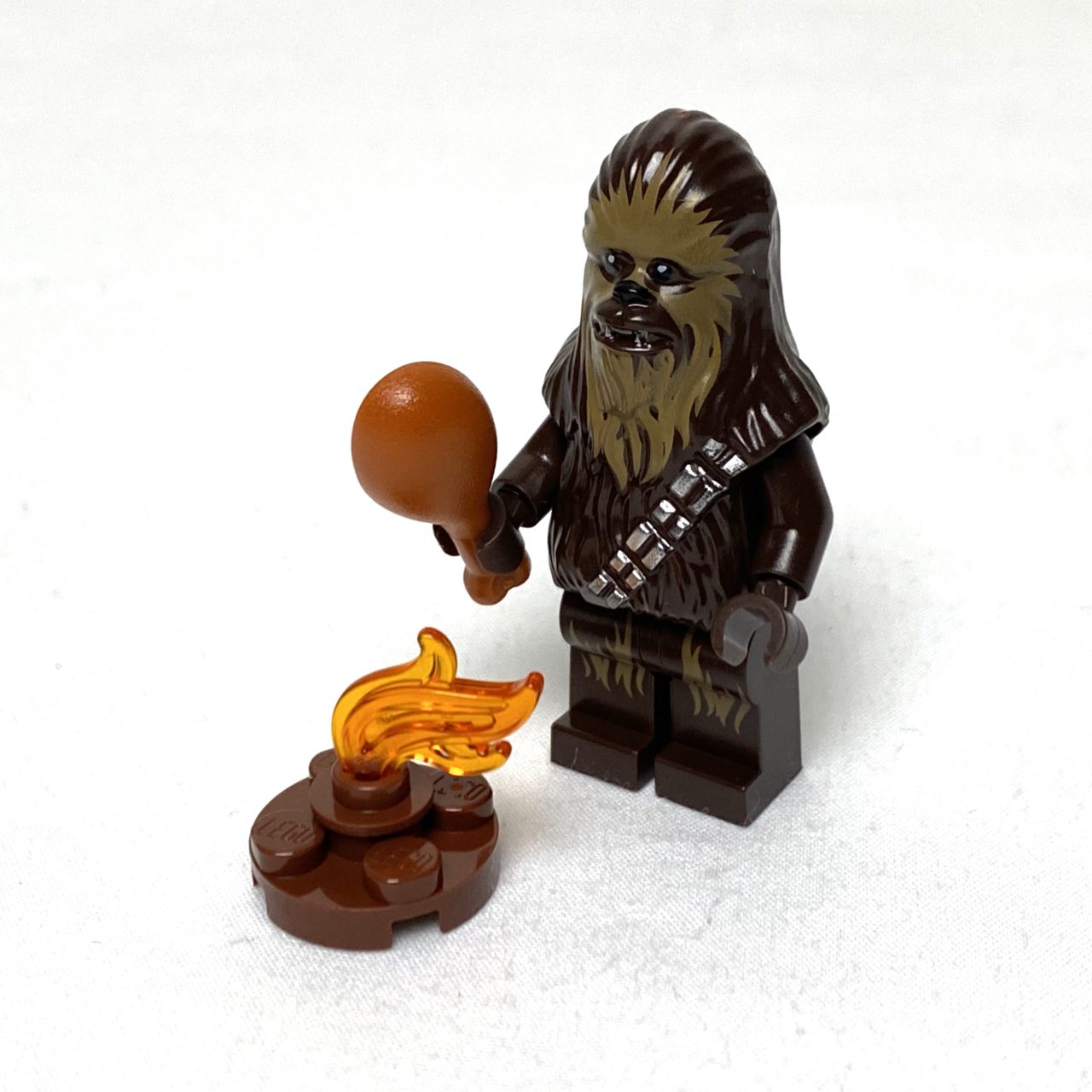 [Ace] Good ol’ carnivorous Chewie! I never liked porgs or the attempt by Disney marketing to make them the next lovable stuffie. Forget that business. They are good for one thing and one thing only and that is as a source of food. The minifig may not be unique but the micro vignette from today’s build is satisfying in that anti-porg kind of way. 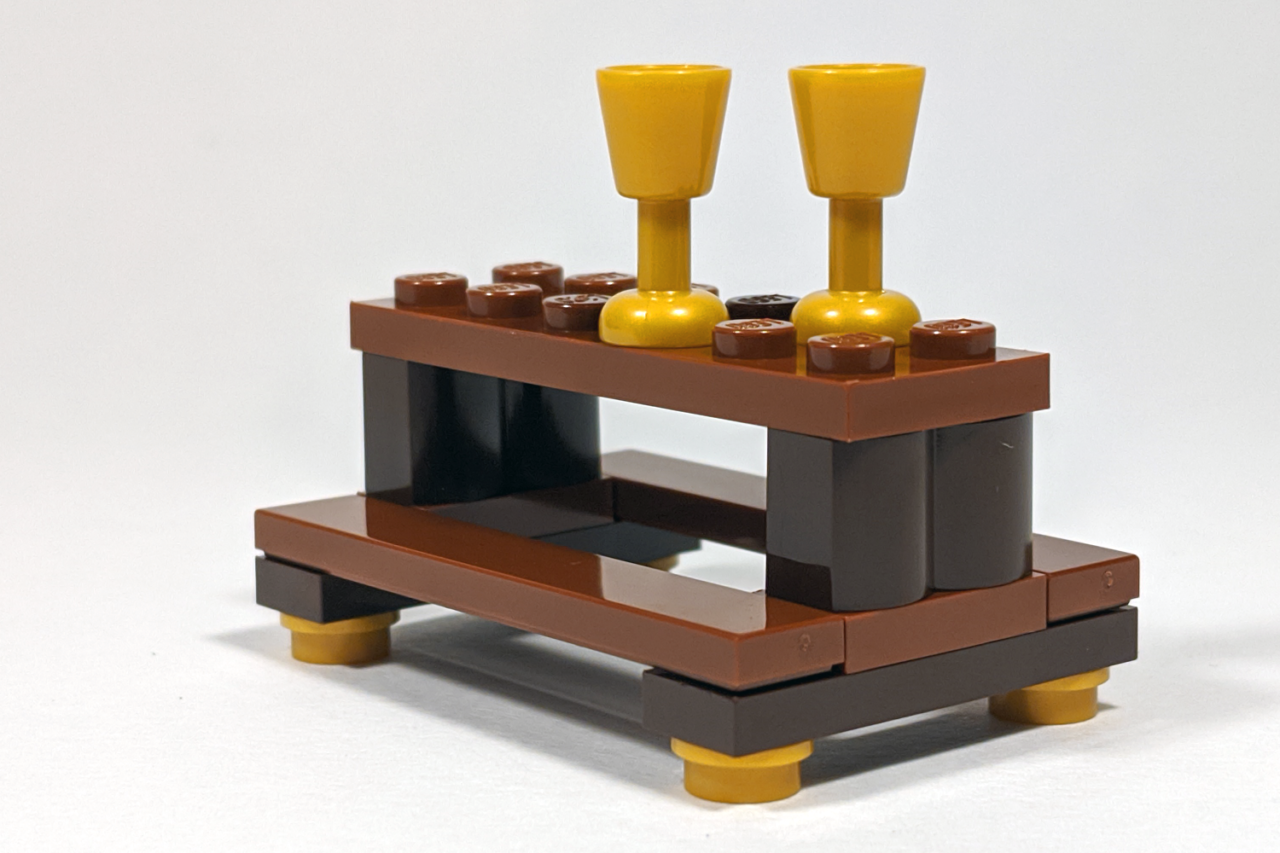 [Eric] It was at this point in the calendar, where I built a table and went “why?”, that I realized exactly “why”. This calendar is more than a theme, more than “Harry Potter + Christmas”. If I wasn’t a dumb-dumb, I would have realized, based on the front of the box, that we were slowly building up the Great Hall at Christmas time.

Not the highest quality image, but you get the idea. The cool thing about this is that crappier items, like the flags, aren’t so bad now, because that’s part of the Great Hall. It’s not only thematically, but alsoÂ actually relevant. 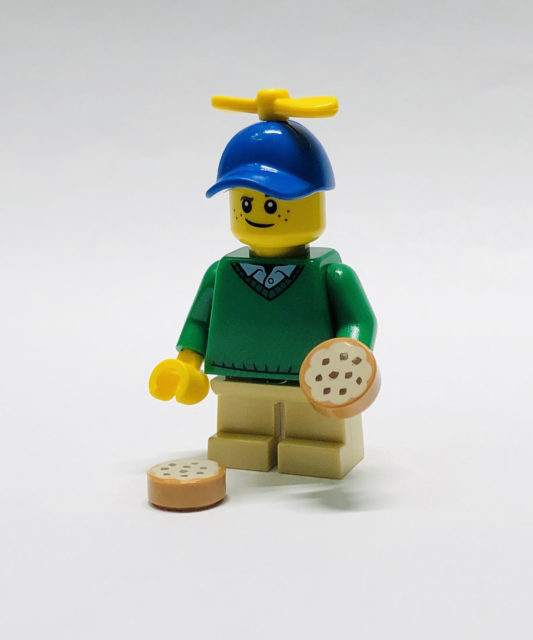 [Nick] We’re going back to the minifig well really quickly, and that’s not a problem in the slightest. We’re not going to pretend that the minifigs aren’t the real draw in these sorts of sets. I’m a real sucker for any food part, and getting two cookies (one is extra, but still). The hat is a good secondary addition, but I really wish that they figured out how to make those props spin freely, but I’m not sure how the engineering of that would work.

Also, I got to leave a gap in the torso, and I know that really bugs some people that read these. So that’s fun for me!