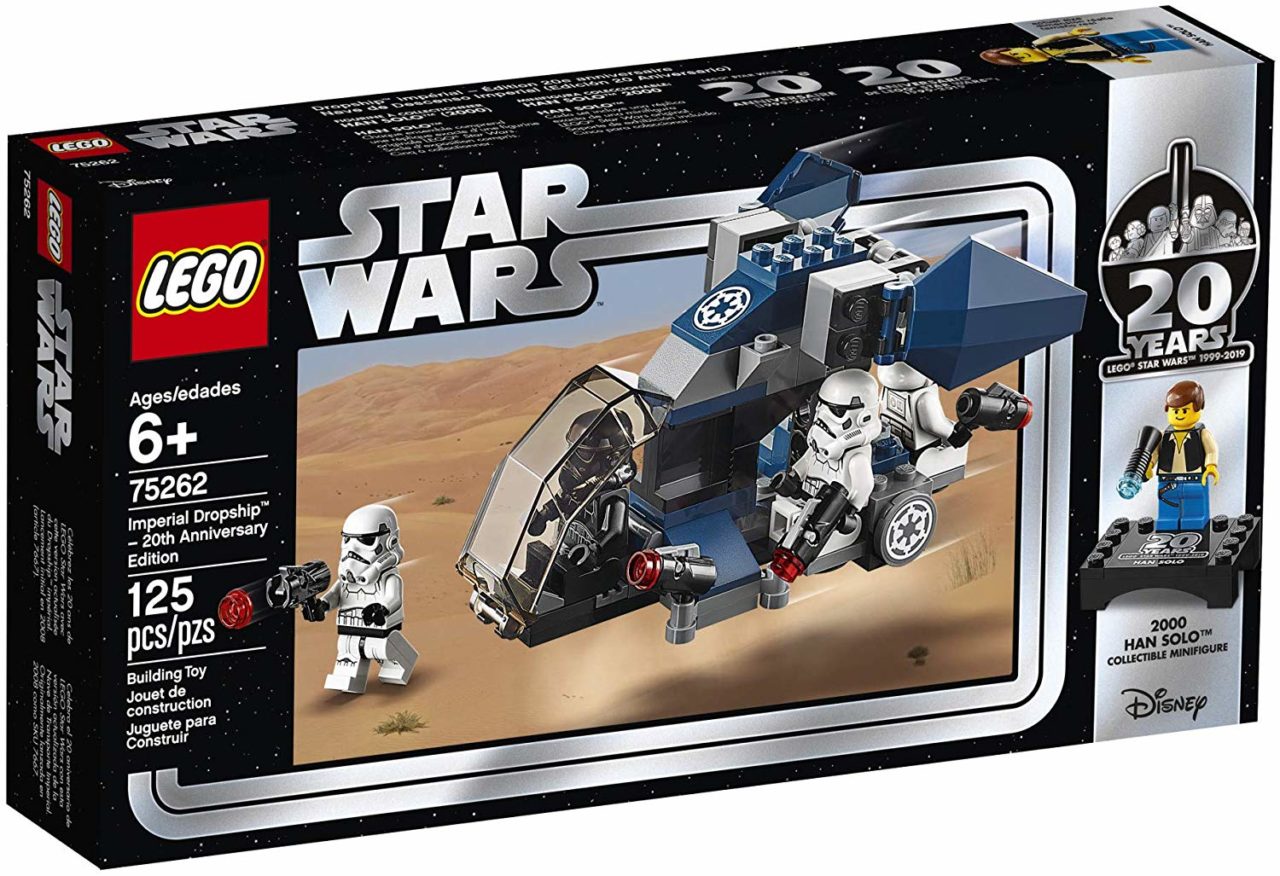 That Imperial Dropship anniversary set is at it’s lowest price yet: $11.99, which is the same price as current prices of Battle Packs sets (which are also on sale at 20% off to be at the same $11.99 price point). 75262 Imperial Dropship – 20th Anniversary Edition comes with a Han Solo anniversary minifigure, a Shadow Trooper, and 3 Stormtroopers. That’s an army-builder price if I’ve ever seen one. Now everyone can have an impressive display of Han Solos. Both Amazon and Walmart have this set at that price. This is a dollar less than our previous mention a few weeks ago. Other prices of Anniversary sets:

Not an anniversary set, but Betrayal at Cloud City is still seeing a 17% discount making it $289.99, down from $349.99. When I see something like that, a big ticket set that’s newish that is already on sale, it makes me question how badly it is selling for retailers to discount it to get out of their warehouses. But with that kind of logic, the Slave I set must be selling like crazy.