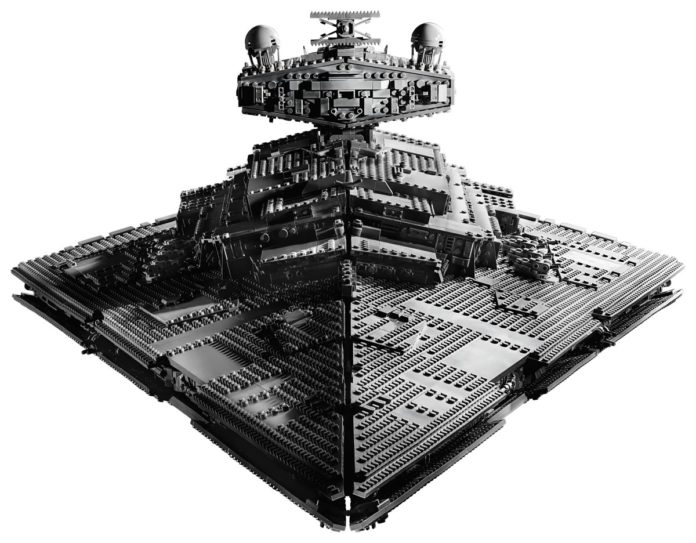 After posting a short teaser last week, The LEGO Group revealed what the teaser was about: a new Ultimate Collector Series Imperial Star Destroyer, set #75252. Priced at a whopping $699.99 USD / $849.99 CAD / Â£649.99 UK, this 4,784-piece set will be available for you to starting September 18th for Early VIP Access, or October 1st for non-VIP members. 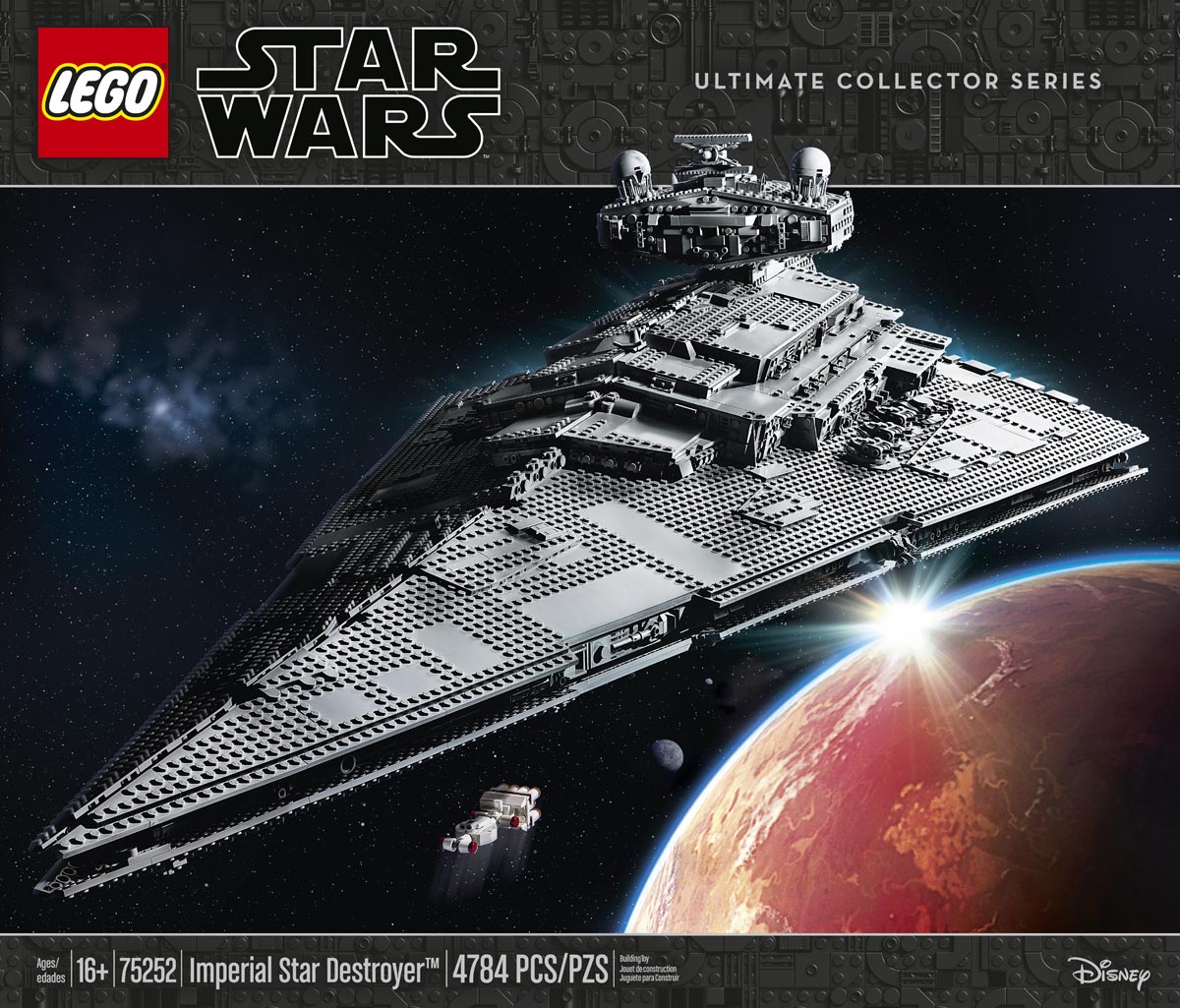 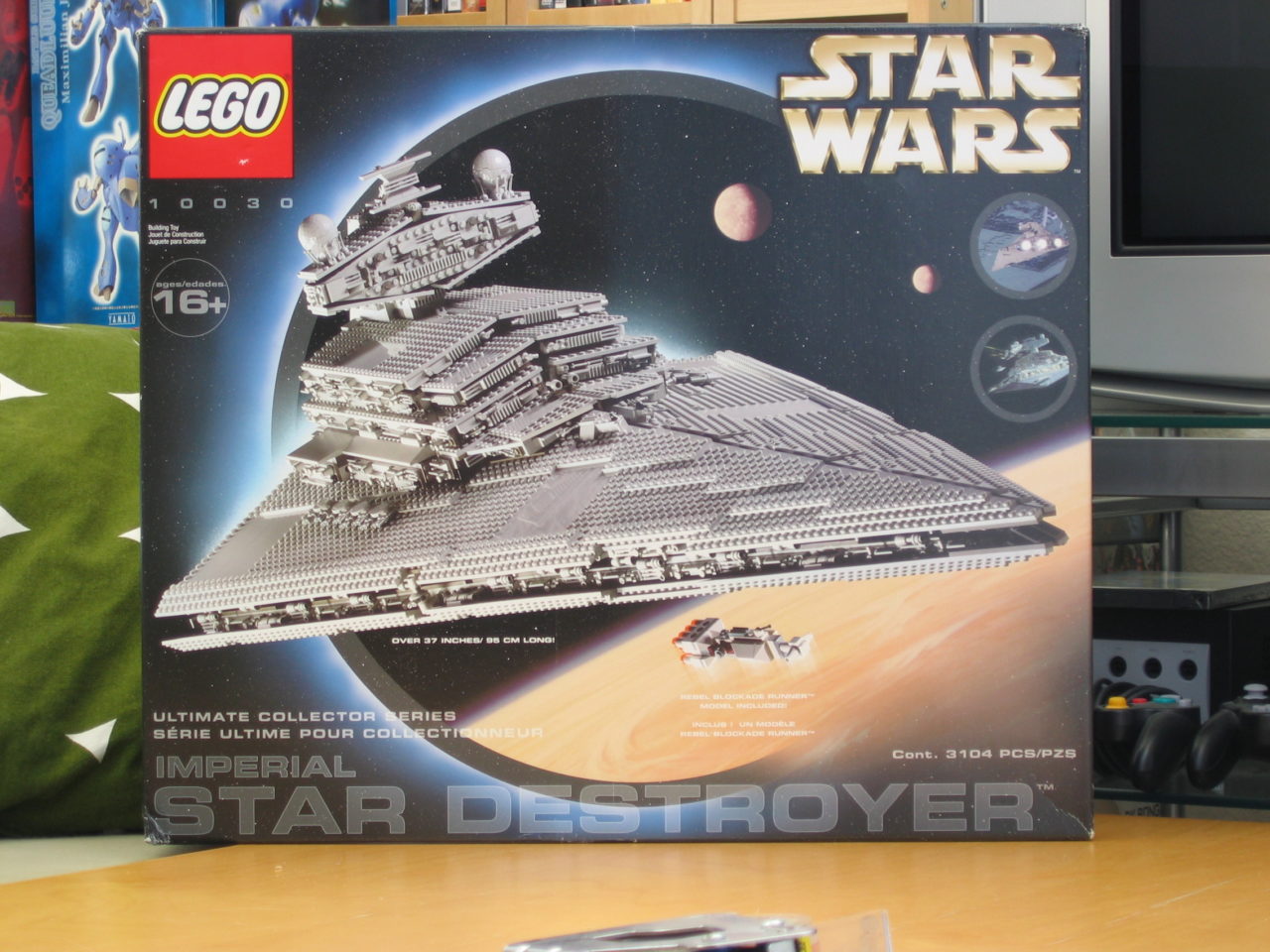 The new 75252 Imperial Star Destroyer doesn’t look proportionately as tall, making it look overall flatter. The new one measures 14″ high (37cm) while off its stand (the stand adds 3″), 43″ long (110cm), and 26″ wide (66cm). The mini-Tantive IV looks to be the same size. I don’t know what the old one measured as i can’t find any stats on that in my brief googling.

The original Imperial Star Destroyer came out in 2002, and since it’s discontinuation, the aftermarket prices have risen to unreachable heights for most people. I imagine the first one will dip but will still be sought after by completionists.

Is this a set that needed to be remade? I would argue no. There’s so much more that has yet to be done in UCS scale, or even System-scale at that. My friend said that this is a jump-the-shark set. He may not be wrong.

Own the ultimate Imperial Star Destroyer!

Build and display an icon of the Galactic Empire â€“ the Devastator. With over 4,700 LEGOÂ® pieces, this Ultimate Collector Series 75252 Imperial Star Destroyer model captures all the authentic details of the starship as it appeared in the opening scene of Star Wars: A New Hope, including swiveling guns, a tilting radar dish, huge engine exhausts, intricate surface detailing and of course a buildable scale version of the Rebelsâ€™ Tantive IV starship to chase down. This galactic civil war UCS set also includes a display stand with informational fact plaque and 2 Imperial minifigures, making it the perfect LEGO Star Wars collectible for discerning fans.