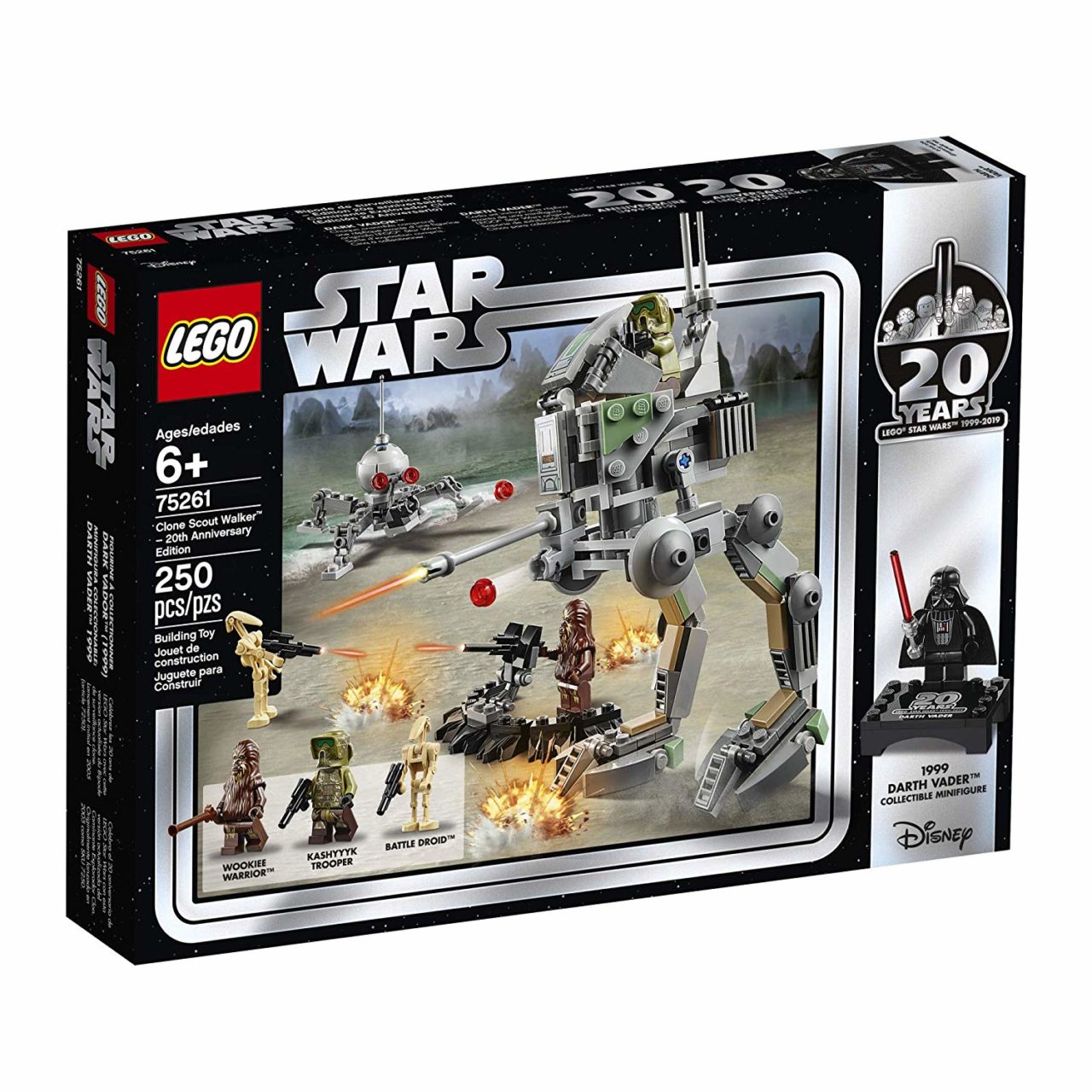 And by ‘heavily’ I mean 35% off or more. Both Amazon and Walmart are discounting 3 out of the 5 LEGO Star Wars 20th Anniversary Edition sets. While the sets themselves are nothing to write home about, the package design can’t be beat, in this writer’s opinion anyway. But yeah, you also get some LEGO out of it because, heheh, it would be silly to buy something for the package design alone… heh…

While these sets have been on sale before, I believe these are all new low prices. The Podracer set is still holding at 20% off and the Slave I has never been on sale as far as I can tell. Han should have come with Slave I instead of Leia.