LEGO announces a special line-up commemorating the 20th anniversary of their most successful license: Star Wars. Five sets are included in this press release. I am unsure if they will include more. Each set will include a special throwback minifigure from the original line. None of the minifigure/set pairings make a lick of sense, because why would they? Here’s a breakdown of what you can expect:

See? Makes no sense. And Lando didn’t even come out until 2003. Anyways…

Seeing those old minifigures really takes me back and reminds of a more innocent time. 20 years ago, I was just graduating college, looking for my first full-time job. I had a part time gig at the school’s computer lab. I wasn’t rich by any means but I had to have that Snowspeeder set. I remember building that thing and being amazed that this small plastic toy I just assembled was a Snowspeeder complete with figures. It was just so cool! I was a kid again. I’m glad LEGO did these figures in (almost) the exact same way as they did back in 1999 (and 2003). The hands and heads are yellow instead of flesh, they hold loudhailers instead of actual blasters.

And when I say almost, I mean almost. The minifigures have printing on the back to differentiate their original release figures and the special commemorative editions. I believe this were posted on Instagram somewhere: 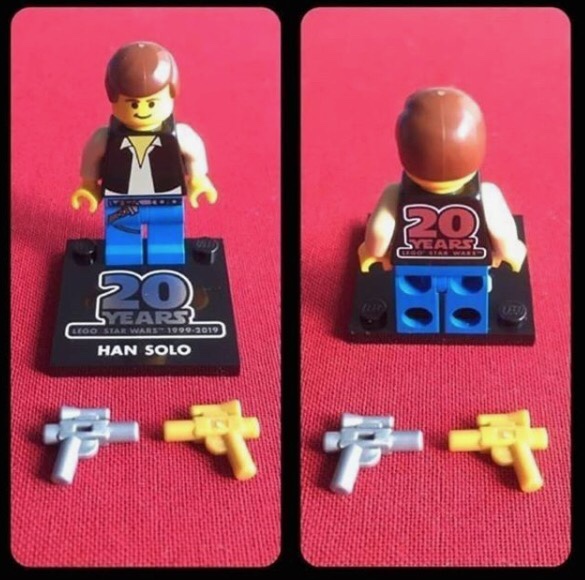 I have no idea what the colored blasters signify. I hope they do more commemorative minifigures like this.

More impressions to come as I get’em.

Deploy the troopers with the LEGOÂ® Star WarsTM Imperial Dropship! Load them onto the platform and store their stud blasters for the flight. Then sit the Shadow Trooper in the cockpit, fire up the engines and blast off for another exciting battle against the Rebels! 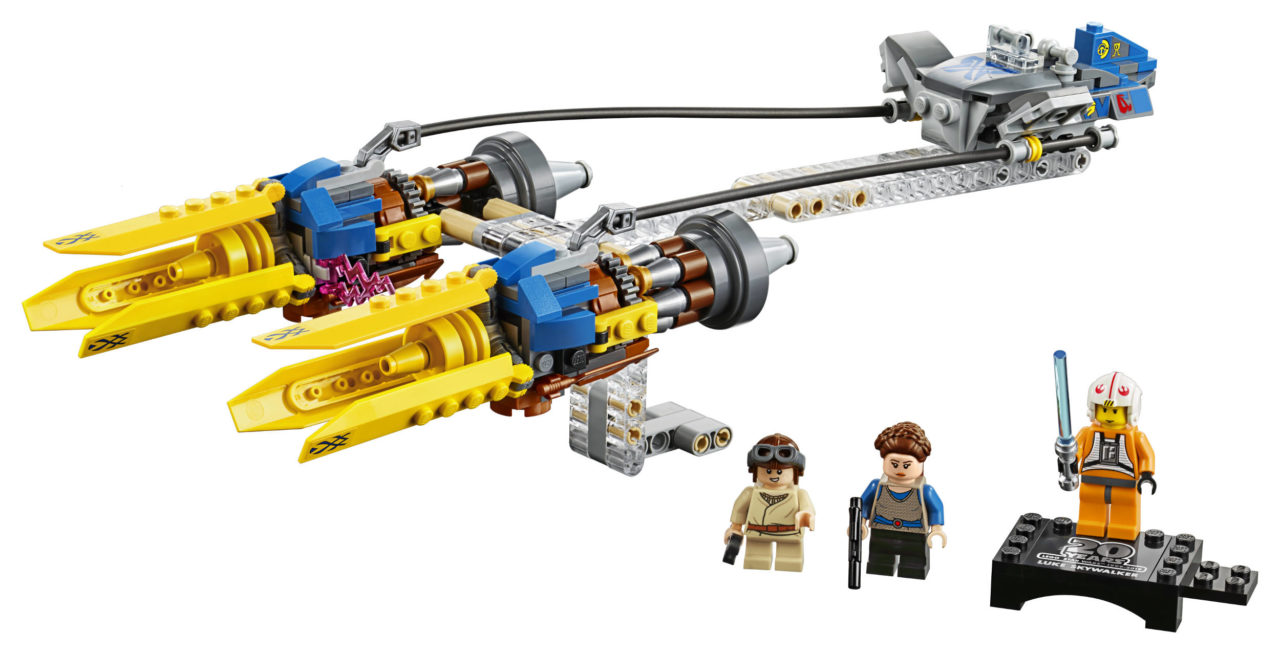 Speed to victory in Anakinâ€™s Podracer! Sit young Anakin Skywalker in the cockpit and lower his goggles ready for the race. Then fire up the huge engines, grab the play handle and zoom through the canyons of Tatooine… or your living room! With Anakin at the controls, victory is yours! 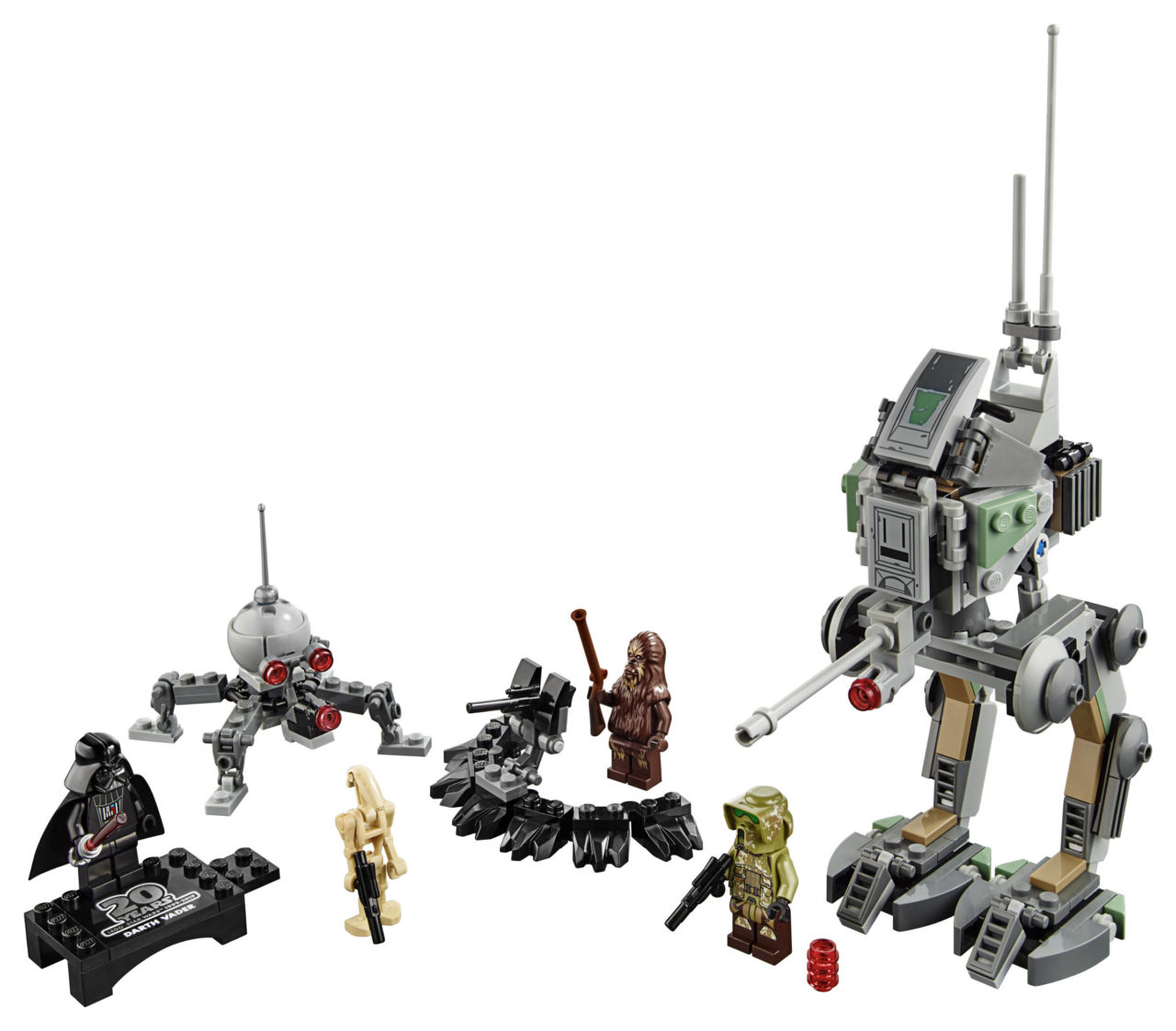 Protect the Wookiee warrior with the armored Clone Scout Walker! Sit the Kashyyyk Trooper in the seat of the armored AT-RT Walker and stride in battle. Turn and fire the stud shooter before the Dwarf Spider Droid destroys the trench with its own stud shooter. The Clone Army must win at all costs!

Sound the alarm, Echo Base is under attack! Win the Battle of Hoth with Luke and Dak Ralter in their amazing LEGOÂ® Star WarsTM Snowspeeder from Star Wars: The Empire Strikes Back. Speed over the ice and launch the spring-loaded shooters. Then fire the rear stud shooter and harpoon with string. On the ground, help the Rebel Trooper take aim and fire the gun tower stud shooter. Those Imperials must be defeated! 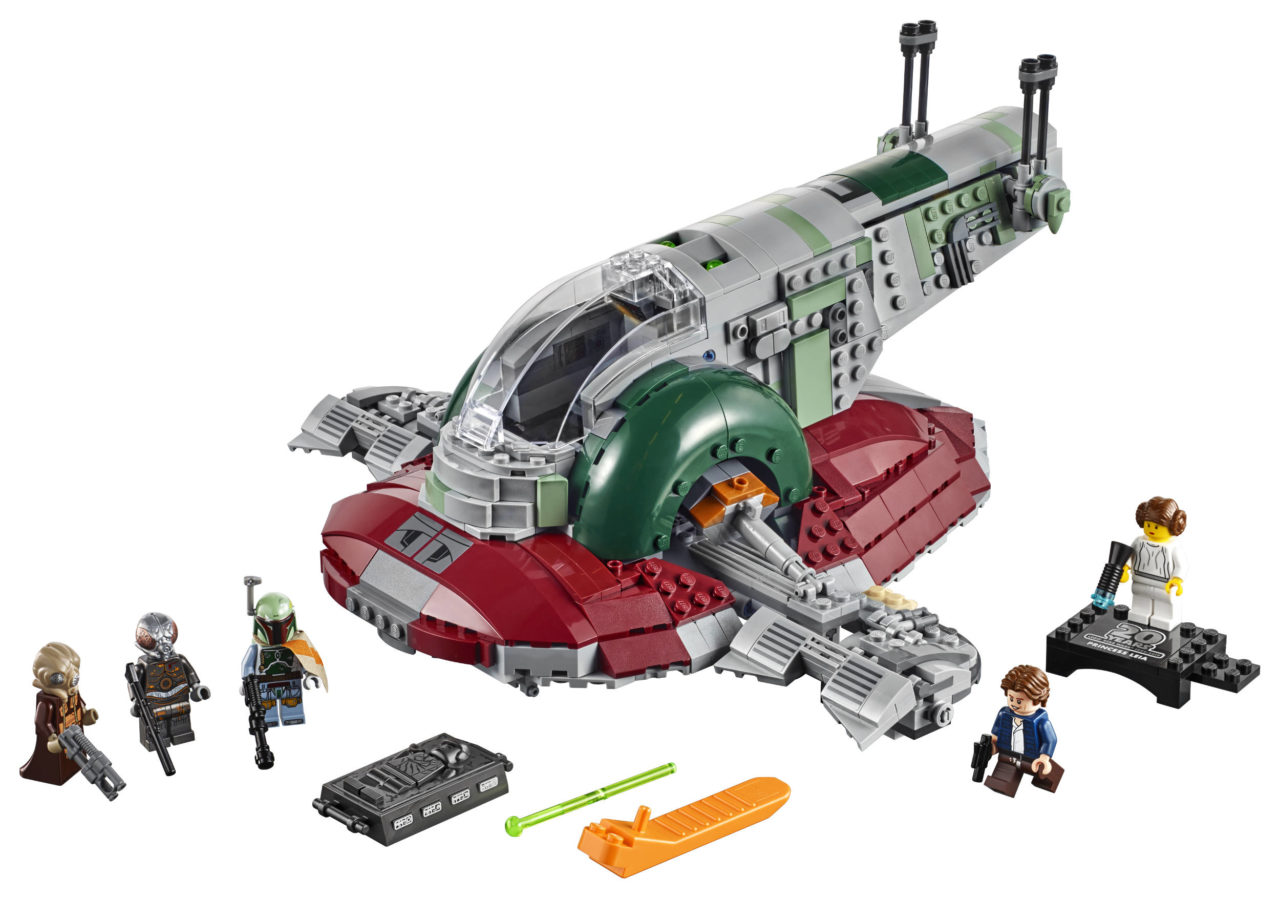 Build Boba Fettâ€™s personal Slave I starship and travel with him through the LEGOÂ® Star WarsTM galaxy in search of fugitives! Grab the handle and fly him around. Pull the triggers to fire the spring-loaded shooters. Load Han Solo trapped in carbonite into the hold and deliver him to collect your payment. It’s another exciting day in the life of a bounty hunter!