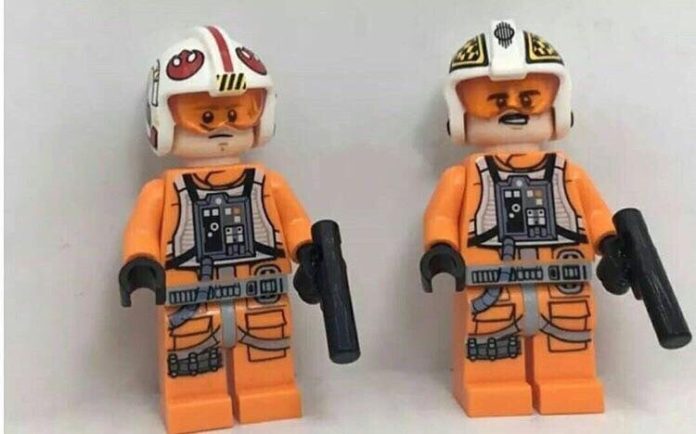 The helmets for Luke and Biggs were missing from the display model at last week’s event. But thankfully someone messaged me this picture. The upcoming X-wing set, 75218 X-Wing Starfighter, is just $80 bucks but you get the flexibility of building one of two versions from the original trilogy: Luke’s Red 5 or Bigg’s Red 3. It takes a couple of design cues from previous X-wings, such as the intake design from the discontinued UCS model, and the thruster design from the resistance X-wings. What’s new this time around is the S-foils mechanism. There is a sliding switch that you push forward for attack position, and slide back for flight position.

There have been a ton of X-wings over the years, each one slightly different than the ones before it with a few minor improvements along the way. It’s approaching it’s evolutionary pinnacle, with only the flashback suppressor being the only notable area that needs improving. Also, I still don’t buy it being white.