Yesterday was twelve parsecs from where we started, time for the last leg of the race. 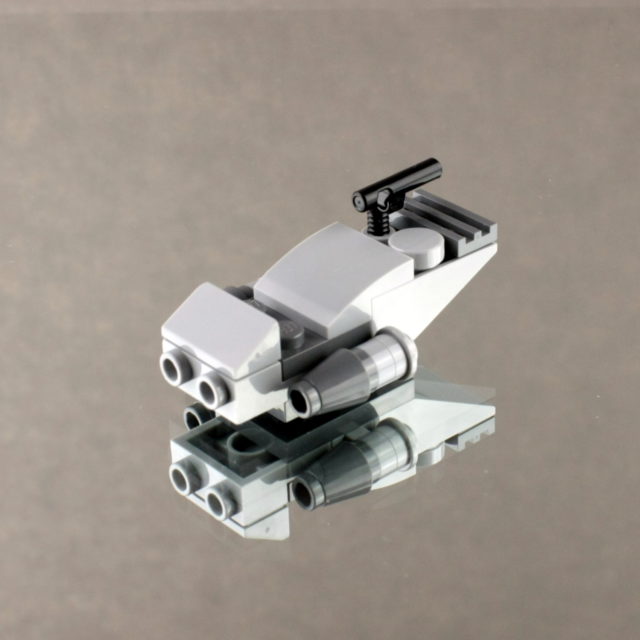 Remember that set that set based on a vehicle that wasn’t in the movie because the scene was cut before they finished the special effect so the deleted scene kind of looks like a SNL sketch?

No? Me either, but this is based on all that. And before you say “It’s backwards, buried.”. No, It’s speeding away. Hopefully to never be seen again… or something.

After building all the models, I honestly could not remember what the hell this was when it came time to photograph, but luckily it looks just as dumb backwards as it does forwards.

I know I have a meme around here somewhere with Groucho Marx saying “If this was the First Order they should have sent it back!”.