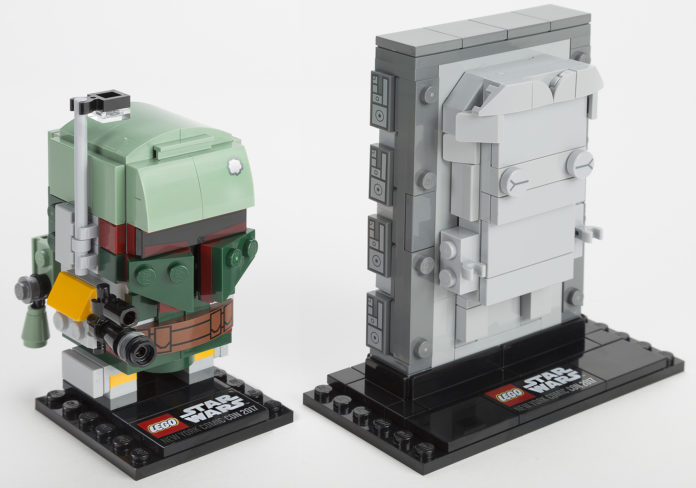 New for New York Comic Con is an exclusive LEGO Star Wars BrickHeadz set featuring Boba Fett and Han Solo in Carbonite Block. I’ve included details, including how you can win the opportunity to purchase the set, below:

This is the only reveal so far for NYCC. LEGO’s presence and offerings at NYCC has always been on a smaller scale than what they do at SDCC, so I wouldn’t be surprised if this is the only exclusive. If that changes, we will be sure to update.

It’s hard to say just how exclusive Boba Fett will be. He is such an iconic character that it would be foolish of LEGO to not make him into a regular release. But out of the two, Han Solo in Carbonite Block seems the least likely to be made into a regular set. It was only a matter of time before BrickHeadz hits the LEGO Star Wars property, and this is a fine way of kicking off the line. Anyone going to NYCC willing to help me out?