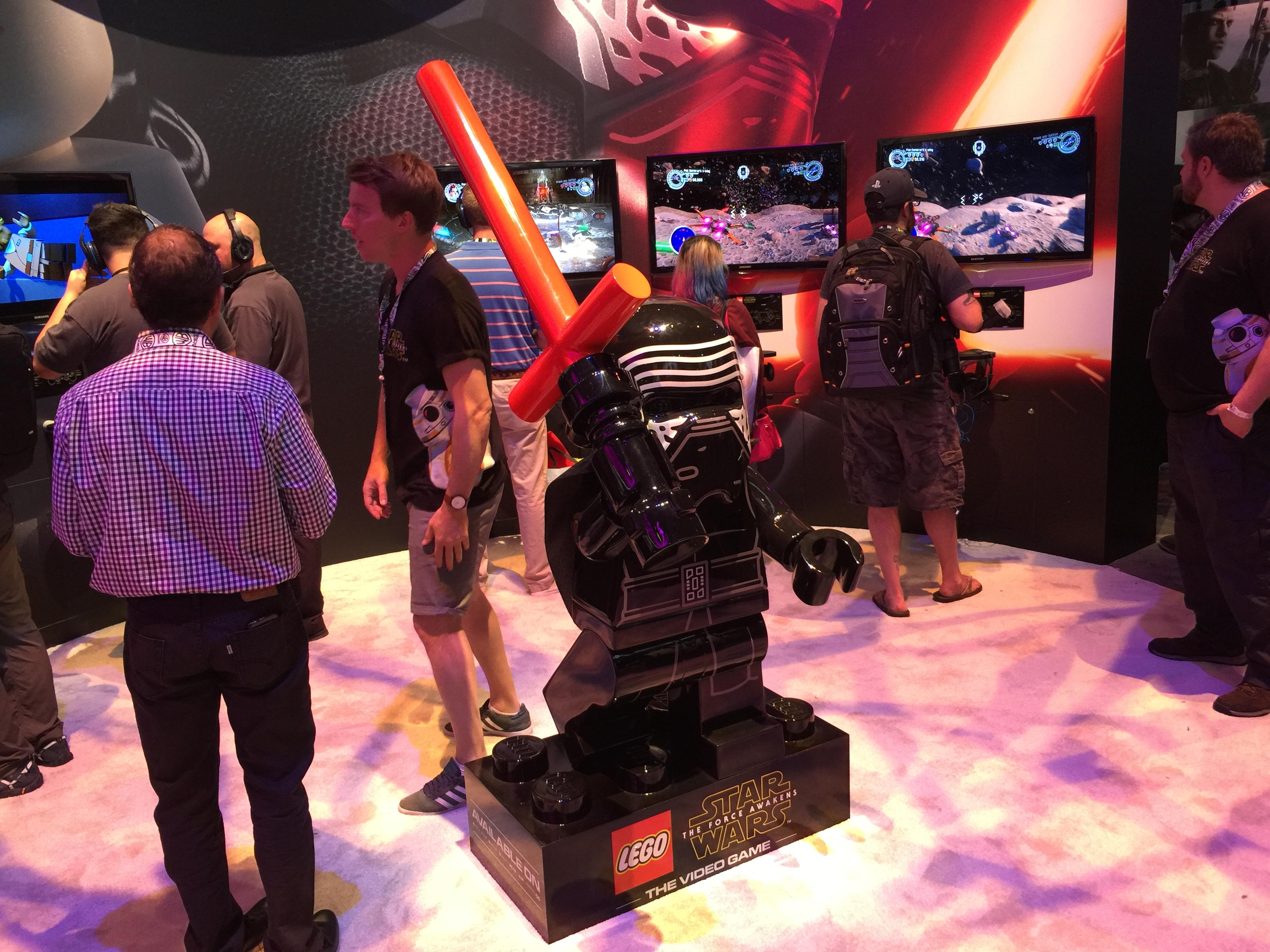 The release day for LEGO Star Wars The Force Awakens is is June 28, 2106 and it’s right around the corner! To whet your appetite for the game, I present to you this video I shot of some of the space battles you can play in the game. At E3, TT Games had a demo station on the show floor for the upcoming LEGO Star Wars: The Force Awakens. This segment shows one of the space battles you get to play through. The first part has your starfighter fly on rails and all you can do is try your best to not run into things. The second part is where you can pilot your ship freely but within a designated area. This is a new feature for space battle as previous LEGO games that featured space battles had your fighter on rails.

The game will be released next Tuesday June 28, 2016. You can still pre-order the Deluxe Edition from Amazon for PS4 and Xbox One. Prime members get free shipping, free release day delivery, and 20% off the list price. The deluxe edition comes with Finn as sandblasted First Order Trooper who lost his helmet polybag.