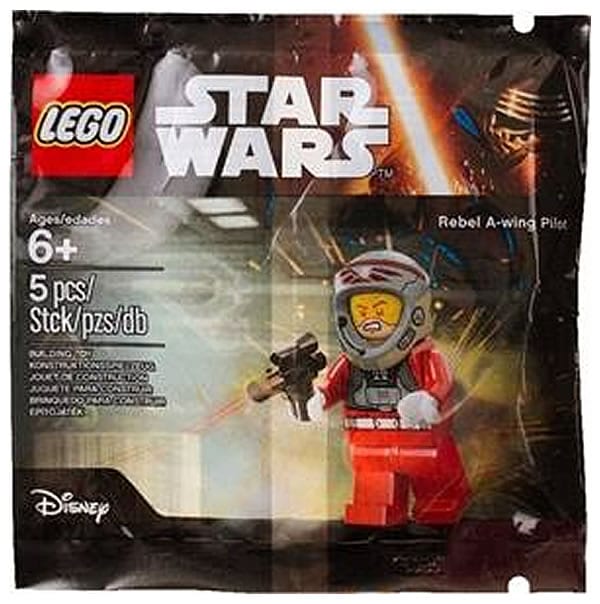 Because that is not an A-wing pilot’s helmet. That is a B-wing pilot’s helmet. Despite that flub, everything else about this minifigure looks new. The head element has a new visor print and that torso looks new as well; I haven’t been able to find any matches to either element on Bricklink. Great looking figure overall and that helmet is one of my favs, but I’m bummed we’re not getting a pilot that’s similar to the Gray Squadron Pilot from the last B-wing release. This looks more like an updated old school B-wing pilot.

We’ll have release details soon but I’m guessing it’ll end up being a Toys’R’Us promo item. It’s either that or LEGO Shop@Home since those are the only two players in the polybag minifig game.