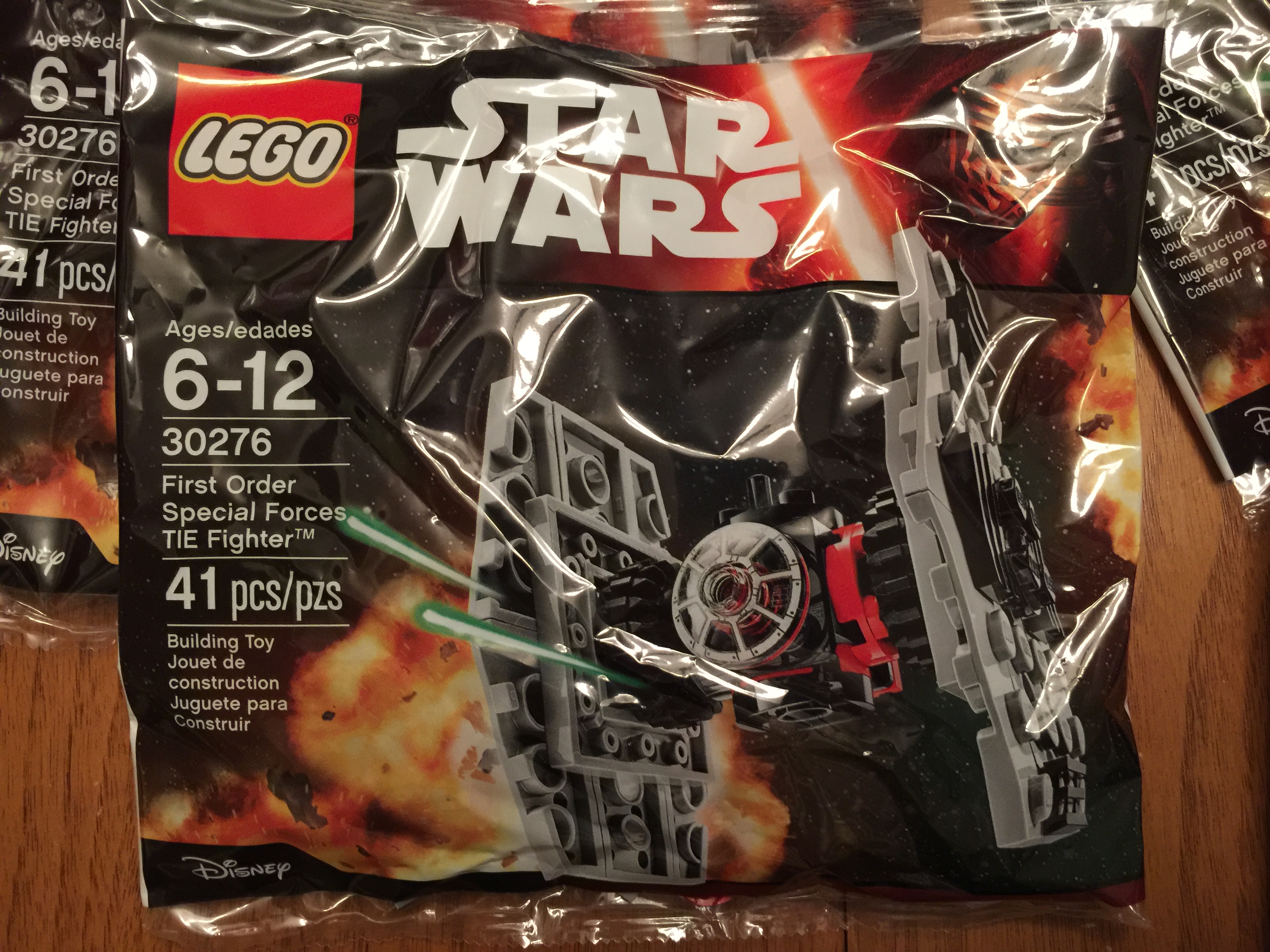 Target is selling a pair of Star Wars polybags based on The Force Awakens. First up is 30276 First Order Special Forces TIE Fighter. I found these over in the toys section hanging off a peg. The second one is 30278 Poe’s X-wing Fighter. This is head and shoulders substantially better, bigger, and beefier than the Toys’R’Us build and take event version. murphquake sent it in stating that it was found over by the registers. Both are priced at $3.99. Eagle-eyed viewers will notice that there is a set number unaccounted for: 30277. Google brings up nothing except a part number for a juniorized car base. Anyone remember those days? Anyways, get thee to a Target store toot sweet! 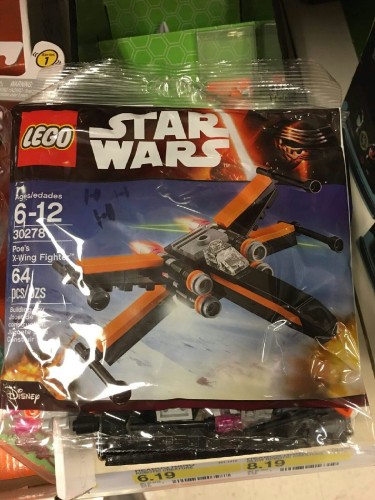