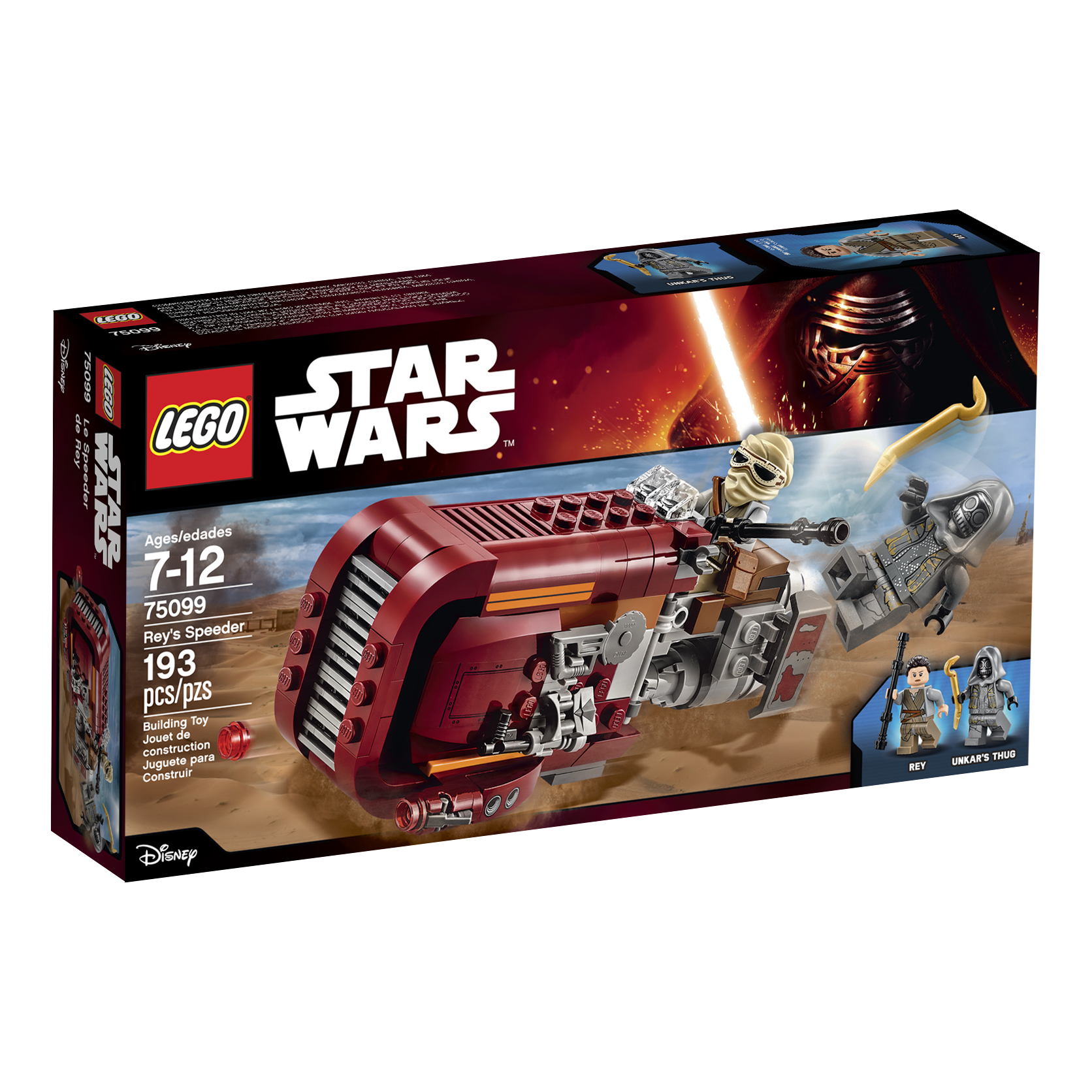 Starting last night, I received emails with official images of the The Force Awakens sets with the final reveal hitting my inbox at apparently 6:05 am. Strange to say the least but it’s nice to finally have our official first look. The rest of the images are below with the press release below that. No sign yet of 75101 First Order Special Forces TIE Fighter, so that may still be coming sometime today. All sets will be available this coming Friday September 4th, also known as Force Friday. It’s not even Friday and my wallet is hurting. 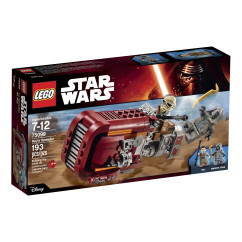 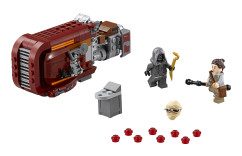 Hover into action on Rey’s Speeder! This cool landspeeder has everything Rey needs for scouting the surface of a desert planet, including dual stud shooters, opening storage hatch and side-mounted bag, blaster, buzzsaw and electrobinoculars. Thereâ€™s also a detachable sled with space for a minifigure when Rey must make a quick escape down the desert dunes! Recreate your own fantastic scenes from Star Wars: The Force Awakens. Includes 2 minifigures: Rey and Unkarâ€™s Thug with a crowbar. $19.99 USD 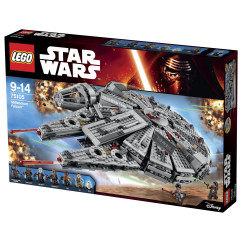 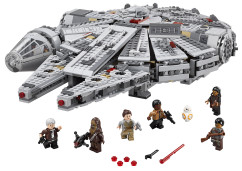 One of the most iconic starships of the Star Wars saga is back, and itâ€™s leaner and meaner than ever before! As featured in exciting scenes from Star Wars: The Force Awakens, this latest LEGOÂ® version of the Millennium Falcon is crammed with new and updated external features, including an even more streamlined and detailed design, detachable cockpit with space for 2 minifigures, rotating top and bottom laser turrets with hatch and space for a minifigure, dual spring-loaded tools, sensor dish,ramp and an entrance hatch. Open up the hull plates to reveal even more great new and updated details inside, including the main hold with seating area and holochess board, more detailed hyperdrive, secret compartment, extra boxes and cables, and storage for spring-loaded tool. And of course no LEGO Millennium Falcon model would be complete without Han Solo and Chewbacca, as well as other great characters from Star Wars: The Force Awakens. Activate the hyperdrive and set course for LEGO Star Wars fun! Includes 6 minifigures with assorted accessories: Rey, Finn, Han Solo, Chewbacca, Tasu Leech and a Kanjiklub Gang Member, plus a BB-8 Astromech Droid. $149.99 USD 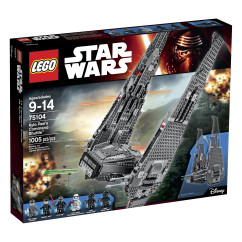 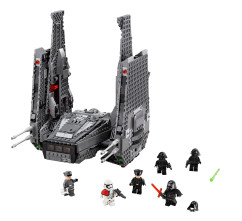 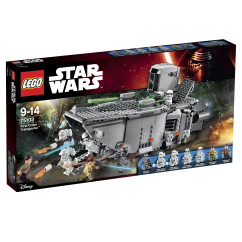 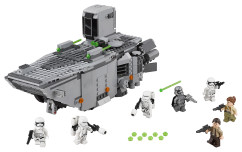 Lower the ramp, load the troopers and get ready to transport them into battle! This heavily armored First Order Transporter is packed with cool features, like dual spring-loaded shooters, top-mounted dual-stud shooter and hatch with space for a minifigure, pilot cabin with opening hatch and space for 4 minifigures in the hold, big engines at the rear, and hidden, transparent wheels for a cool â€˜hoverâ€™ look. You can also remove the top section for easy access. Get ready to recreate incredible battle scenes from Star Wars: The Force Awakens! Includes 7 minifigures with assorted accessories: 2 Resistance Soldiers, 2 First Order Flametroopers, 2 First Order Stormtroopers and Captain Phasma. $89.99 USD 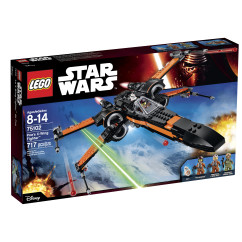 Battle the forces of the First Order with Poe’s X-Wing Fighter. This customized starfighter is packed with features, like the 4 spring-loaded shooters, 2 stud shooters, retractable landing gear, opening wings, opening cockpit with space for a minifigure and space behind for the BB-8 Astromech Droid. Thereâ€™s even a loader with tool rack, extra ammunition, and a seat for a minifigure. So climb the access ladder, strap in and get ready to recreate your own great scenes from Star Wars: The Force Awakens! Includes 3 minifigures with assorted accessories: Poe Dameron, Resistance ground crew and a Resistance X-Wing Pilot, plus a BB-8 Astromech Droid. $79.99 USD 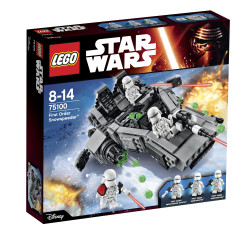 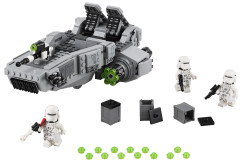 Call in weaponized support with the First Order Snowspeeder! With a crew of three, this rapid response vehicle features a forward storage compartment, fixed stud shooter in the cockpit, two rapid-fire stud shooters built into the engines and transparent wheels hidden out of site for a true â€˜hoverâ€™ look. Now you can recreate your own great scenes from Star Wars: The Force Awakens. Includes 3 minifigures with assorted weapons: 2 First Order Snowtroopers and a First Order Snowtrooper Officer. $39.99